My brother, like many of us, has an intense spiritual connection with Clark Lake.  Buzz is also a born salesman.  When David P. Belcher II enters the room, his charisma fills it with no problem.  I know where he gets it.  When it came to talking you into something, our Dad was one of the best.  Ernest C. Belcher worked for U.S.E. for many years, and promoted himself as –”Ern with U.S.E.”

Buzz has always known what to target and how to get it. He managed to pull off something I attempted for years—to get Dad to buy us an inboard. He sat Dad down and said “I can’t be a serious water ski competitor unless I can practice behind an inboard.” A glimmer of Buzz’s trophies must have reached Dad’s eye.  Thus, a Correct Craft Barracuda was soon added to the family flotilla. 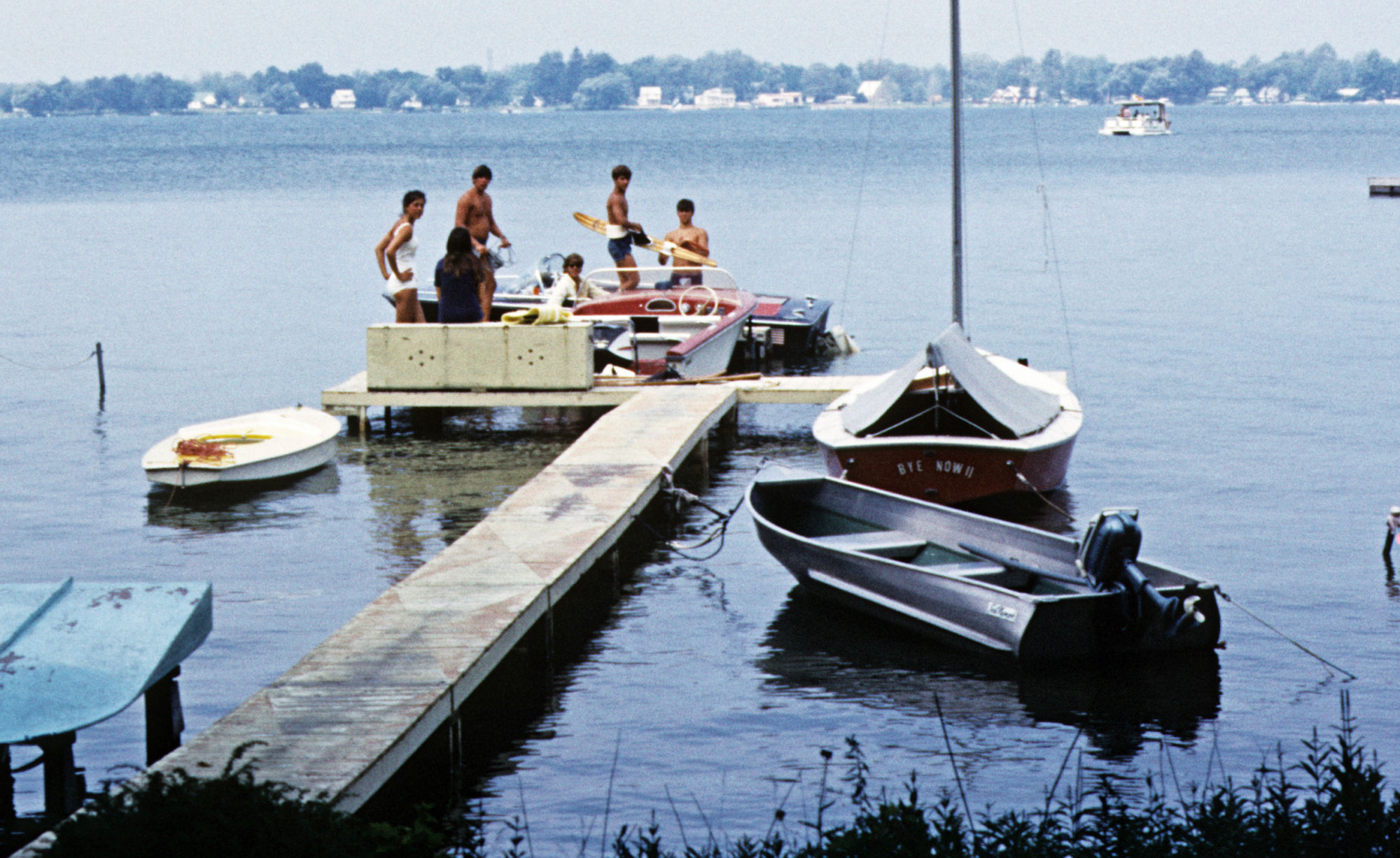 A meet up at the dock in the days before the Correct Craft arrived.

As you know, a good sales guy loves to be sold.  Buzz understood this well.  After graduating from The Ohio State University, Buzz made another pitch to Dad and Mom. “I want to take the summer off.  This will be my last chance to enjoy an entire summer at Clark Lake. The next time could be 40-years from now.  I promise to start the new job the day after Labor Day.”  Buzz closed the pitch with a “yes” from our parents, and so the 1973 Summer of Fun began.

How did that summer of uninhibited fun go?  There was lots of skiing.  It included hanging out with Kay and Linda Vermeulen, Tony Krupa–and later in the season, Dave Nichols.  One Sunday afternoon they were joined by Bill Lighthall. The group decided to bring a little Cypress Gardens action to the lake.  They persuaded Kay and Linda’s dad, Linc, to power up the 17-foot Chris Craft skier.  And on a busy Sunday afternoon the five put on a show. In this photo, Linda is top left, Kay top right.  Buzz is in the middle with Bill Lighthall on his left and Dave Nichols on the right.

That was 46 years ago.  While Buzz, and later his family have been to Clark Lake many times since, 1973 stands alone (to date) as his last entire summer at the lake.

Buzz and Rick in the Barracuda out for a spin

Below, Buzz after entering the work-a-day world.  Looks like some relaxation at the end of the day in his condo. 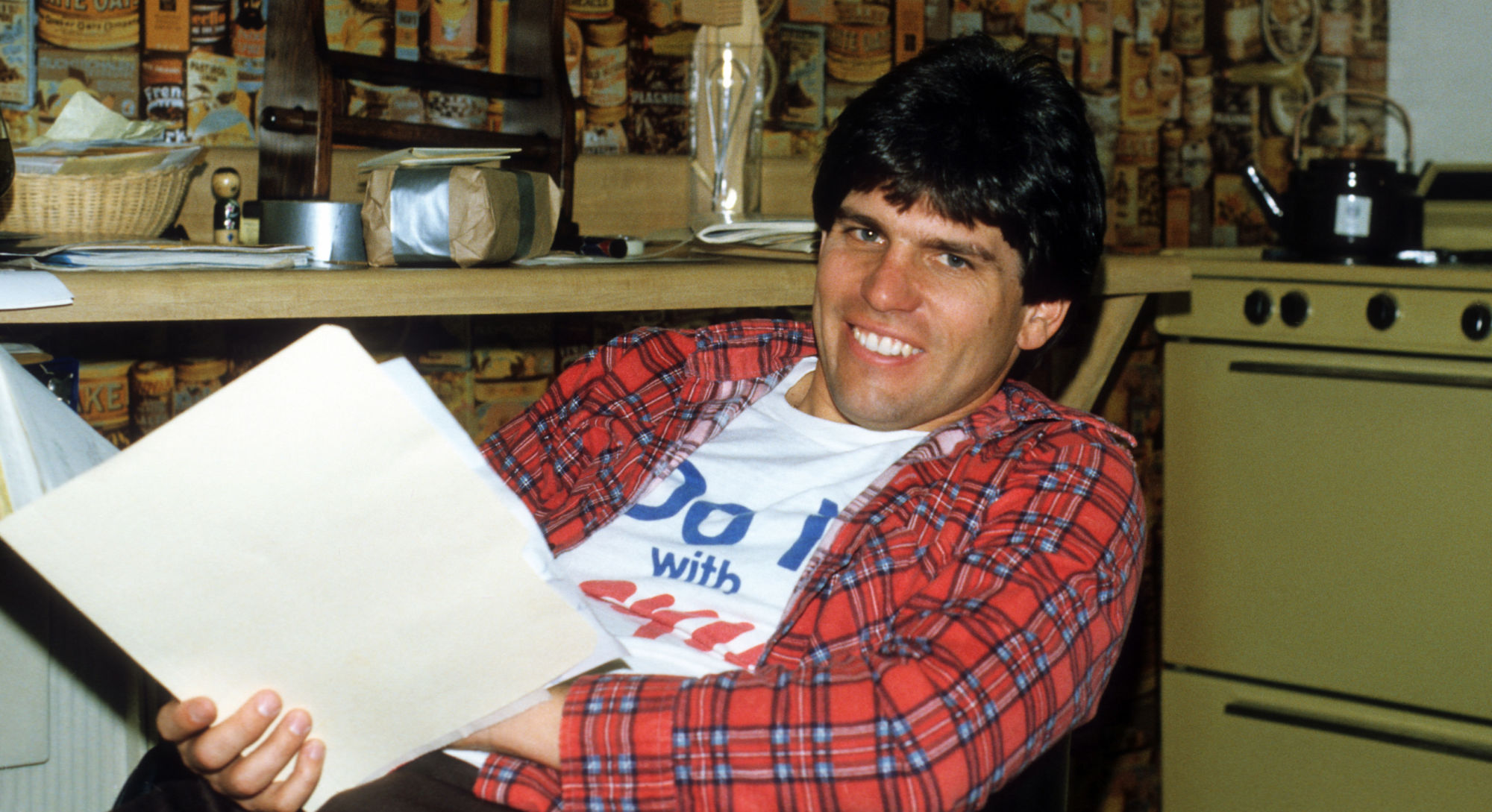