The visit of two hot air balloons to Clark Lake Sunday morning was all the more interesting because of the way it happened.  Those on the Eagle Point shore, west end, could clearly hear the whoosh of the burners, but only those who were more westerly could see them.  This website originally presented Tucker Boyers’ photos taken from his perspective on South Woodlands.  Here are some additional photos to add to the collection.

This photo was taken by Nancy Gass who was on her way to Ann Swain’s house on Hyde Road.  When she saw the balloons, she stopped her car to capture this moment.  As the two balloons hovered over the lake, she snapped this photo, just as a hawk flew overhead. 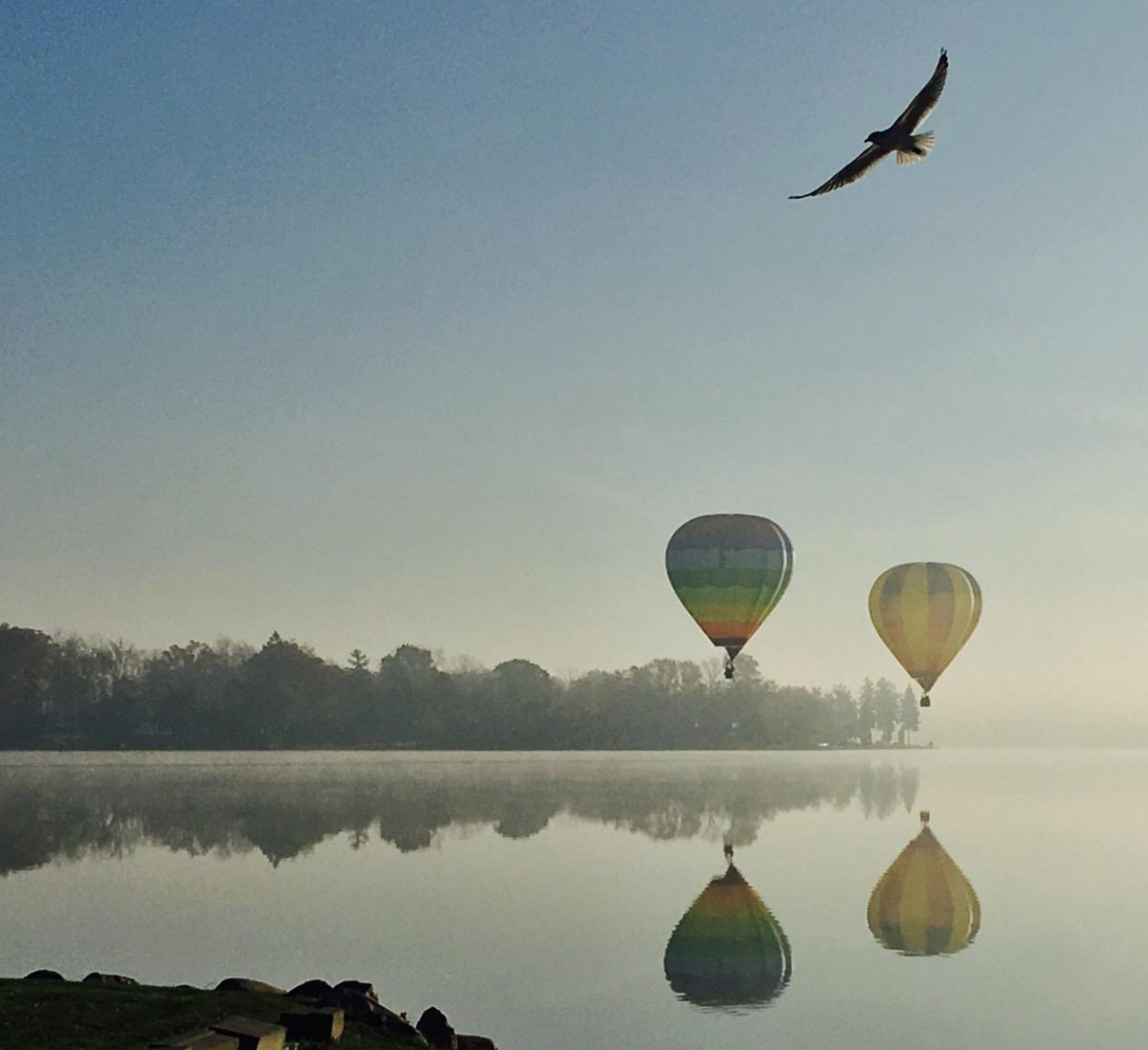 Ann Swain also captured the moment, as you can see below. 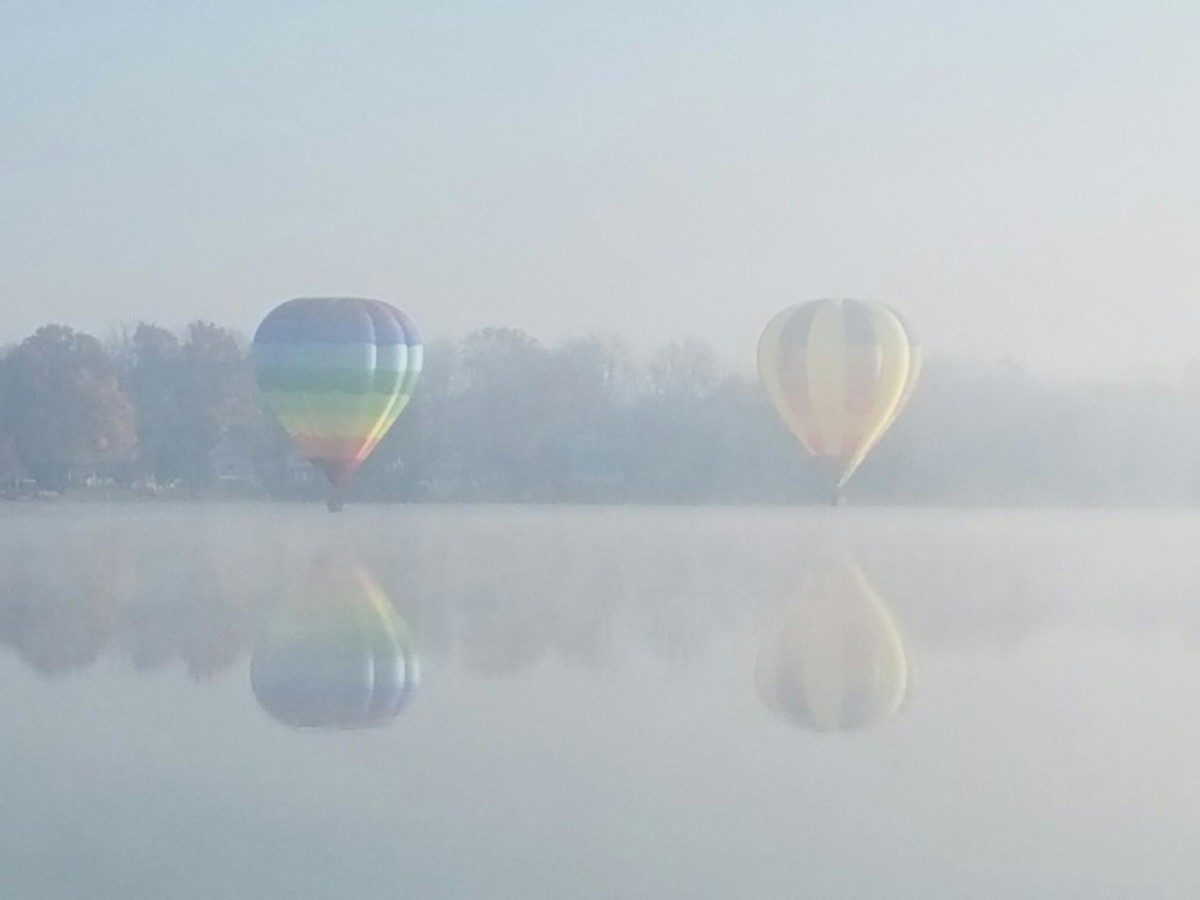 As the fog cleared, the reflection on the lake amped up the drama. 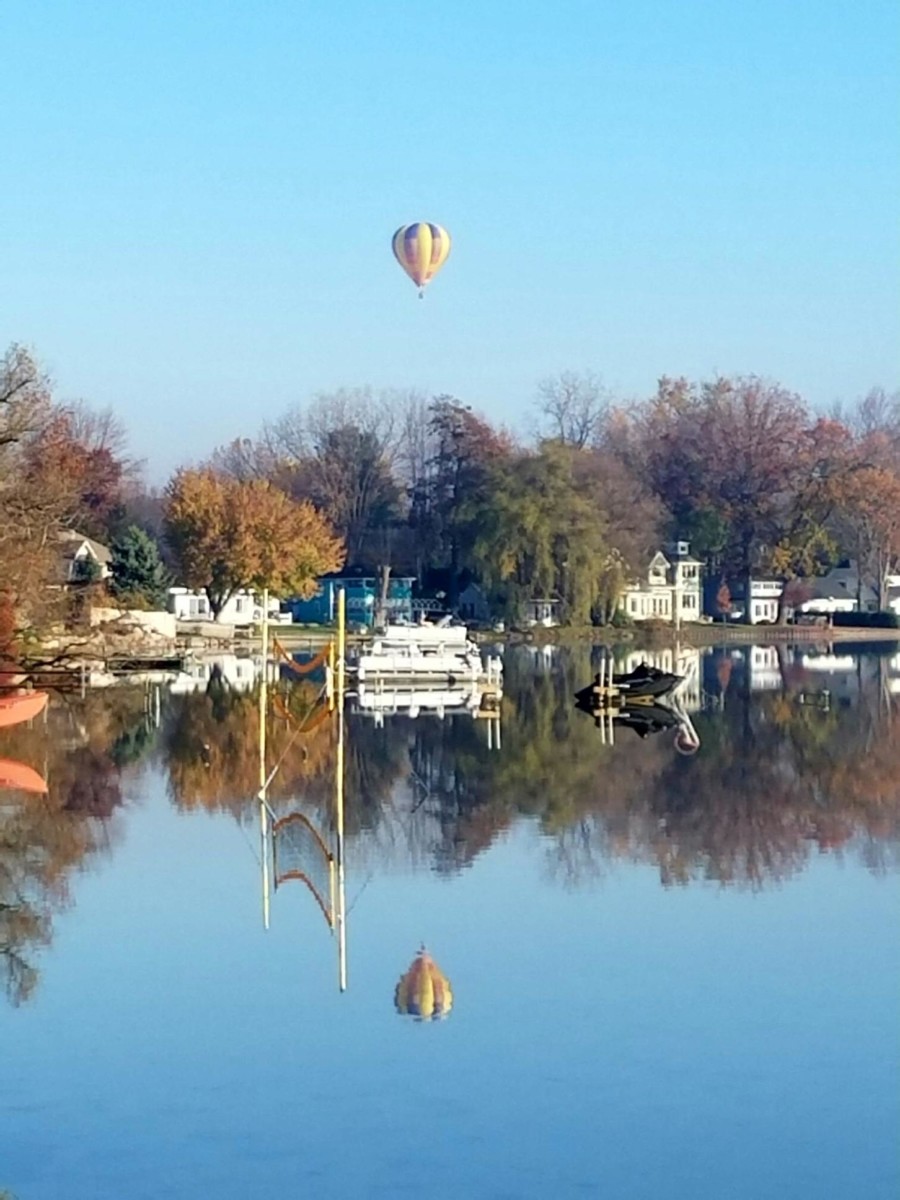