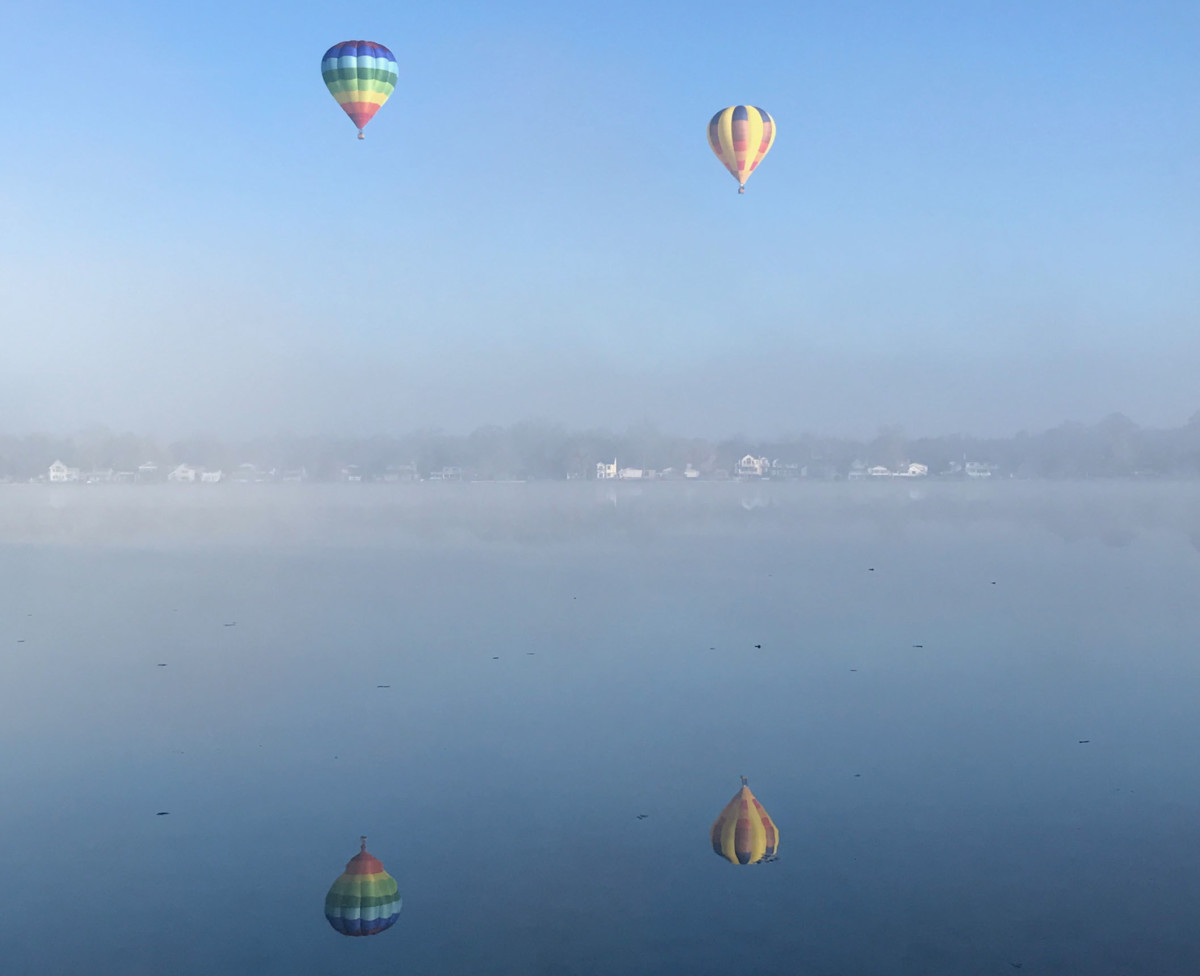 From some areas of Clark Lake, balloons could be seen lifting off this Sunday morning.  Tucker Boyers captured the scene from his vantage point on South Woodlands.  The balloons left a definite, but not permanent, impression on the calm surface of the lake. 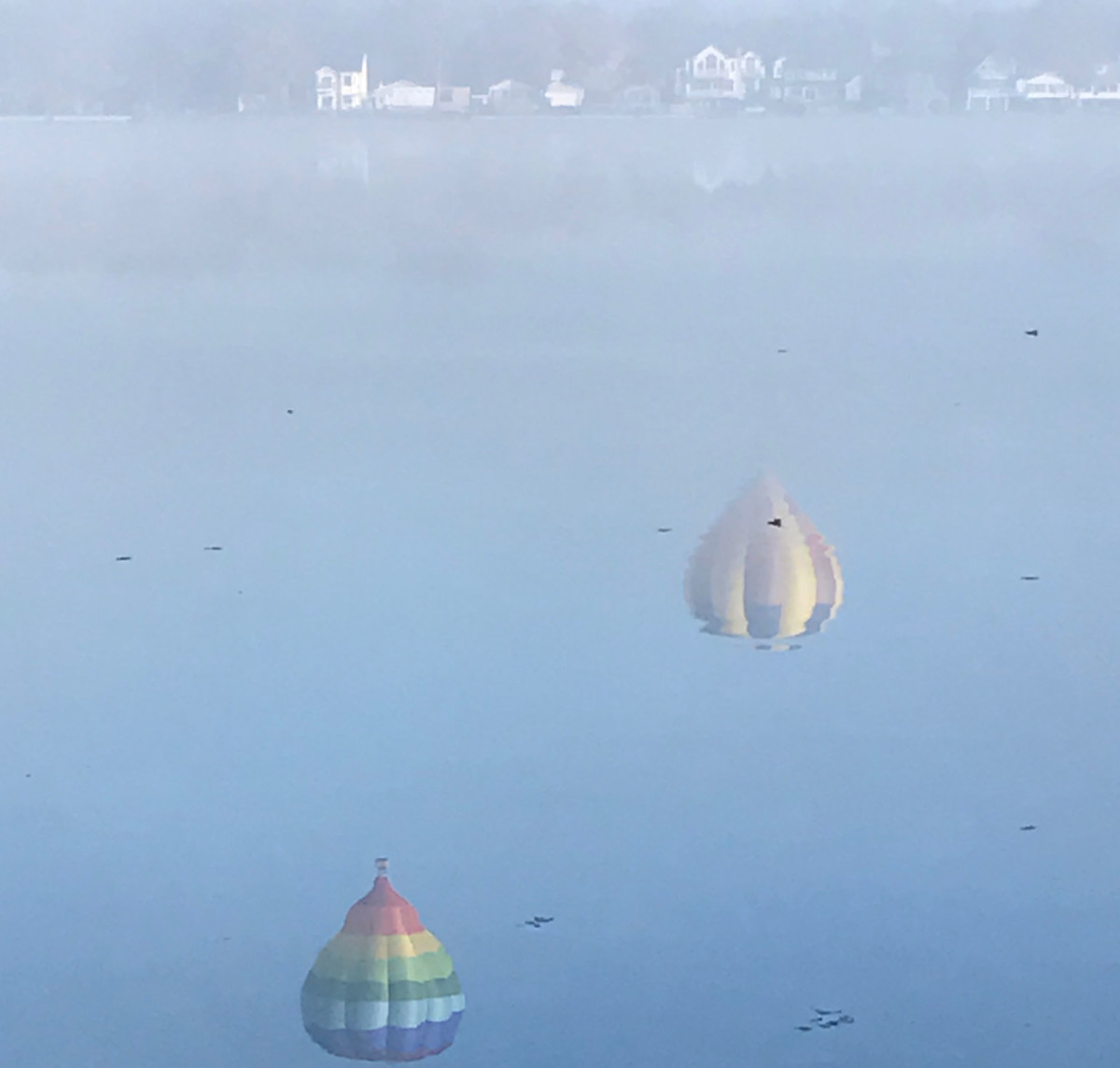 The balloons appeared to rise from the area of the alternative school on North Lake Road. 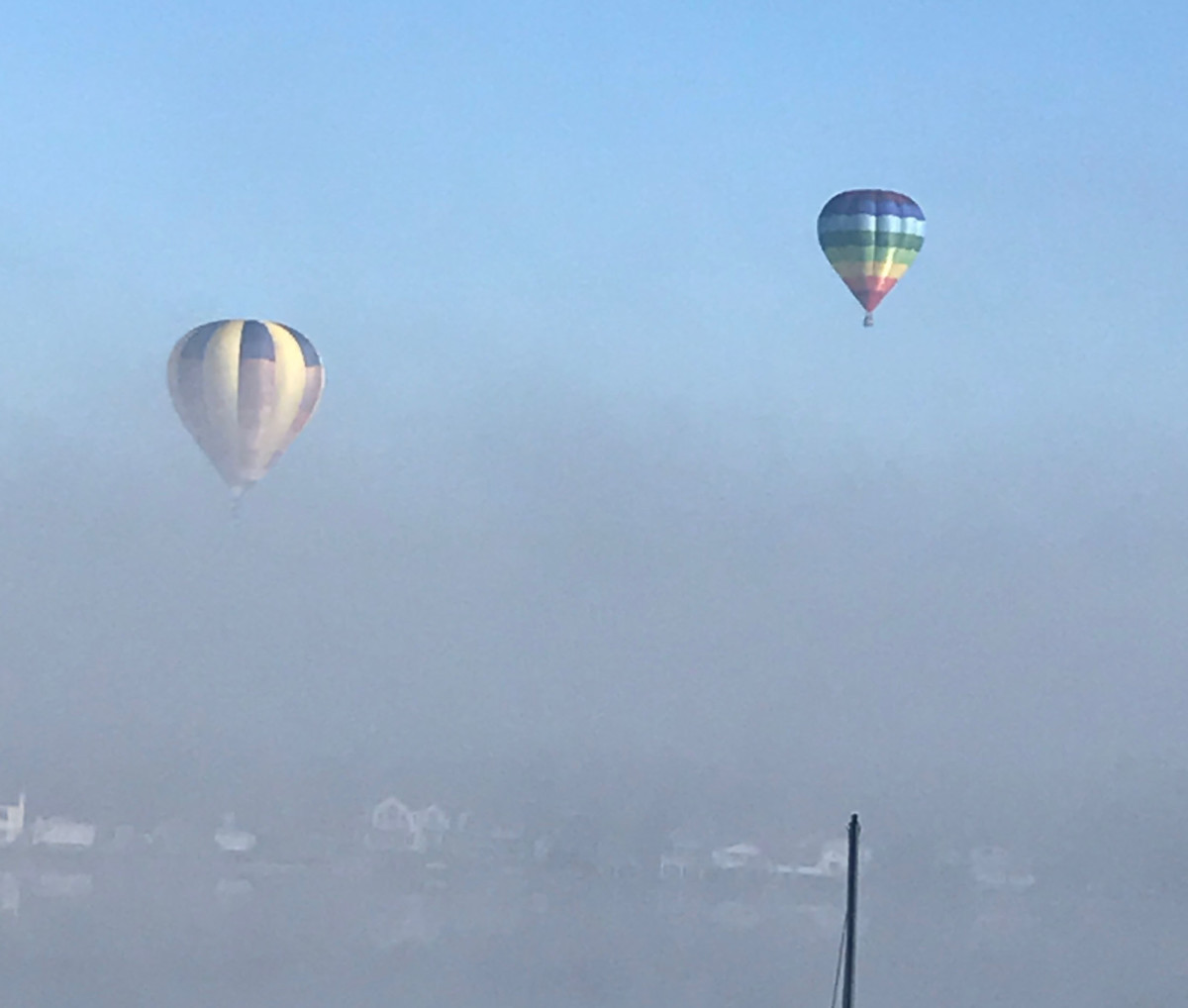 At some areas of the lake, you could hear the whoosh of the burners, but not see the balloons.