Last summer marked a rebirth of Fleet 58. It was a powerful reminder of the storied history of Hobies on Clark Lake. At one time Clark Lake had more Hobies than on any other U.S. inland lake.  And last year’s event, a fund raiser sponsored by the Clark Lake Spirit Foundation, left its on mark on the lake.  How?  Go no further than the Boat Count, taken each year on July 4th. By 2002 the number of Hobies on the lake had declined to 15; and in 2013, there were not many more, only 24.   The Fleet 58 Reunion and Regatta changed that. With two days to go before the event in 2014, the Hobie count had jumped to 38.  And because some Hobies were being rescued from storage and still being pieced together, there were probably more than 38 on the lake by July 6th, the date of the event. Twenty-five Hobies entered the July 6 competition.  So where does that leave the Hobie population in 2015?  This summer, the Boat Count found 33 Hobies–more than double the low point in 2002 and substantially higher than the 24 Hobies counted the summer before the Reunion and Regatta.

Hobies have been seen regularly on the lake this summer.  Their colorful sails act as a reminder of the storied past–and last summer’s Fleet 58 Reunion and Regatta. 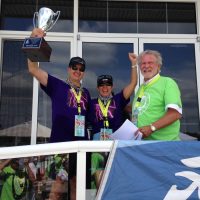 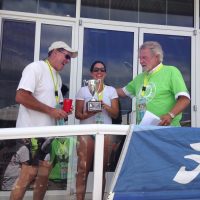 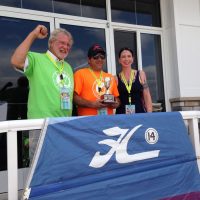 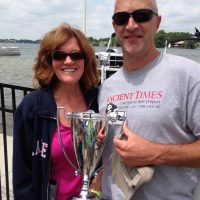 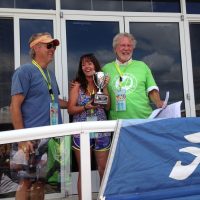 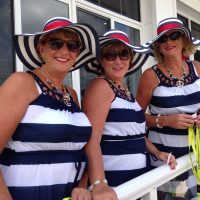 Below, enjoy a review last year’s Fleet 58 Reunion and Regatta.