Yesterday’s storm hit Michigan hard and left its mark.  According to Consumers Energy, 240,000 Michiganders lost power because of it. “Our crews have been able to work safely and efficiently all night, restoring power to over 90,000 homes and businesses since Tuesday. With better weather in the forecast, we expect to continue making progress today,” said Guy Packard, Consumers Energy’s vice president for electric operations. “ 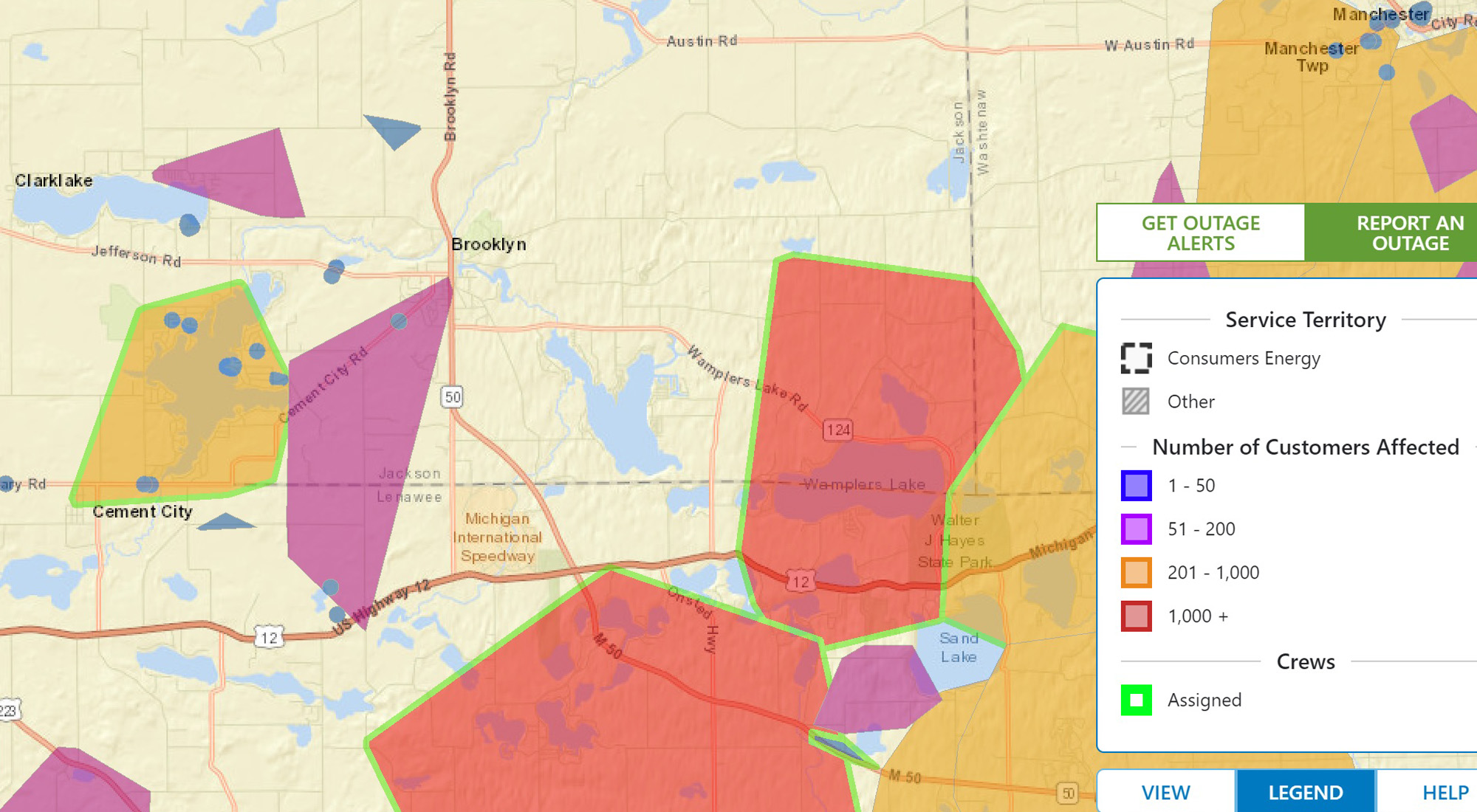 As of 8 am, the east end of Clark Lake near the County Park had no power.   And most of Lake Columbia was in the dark. You can get updates on outages by going to the Consumers Energy Outage center.  Their mapping system will show you the area of the outages and the number of customers affected. 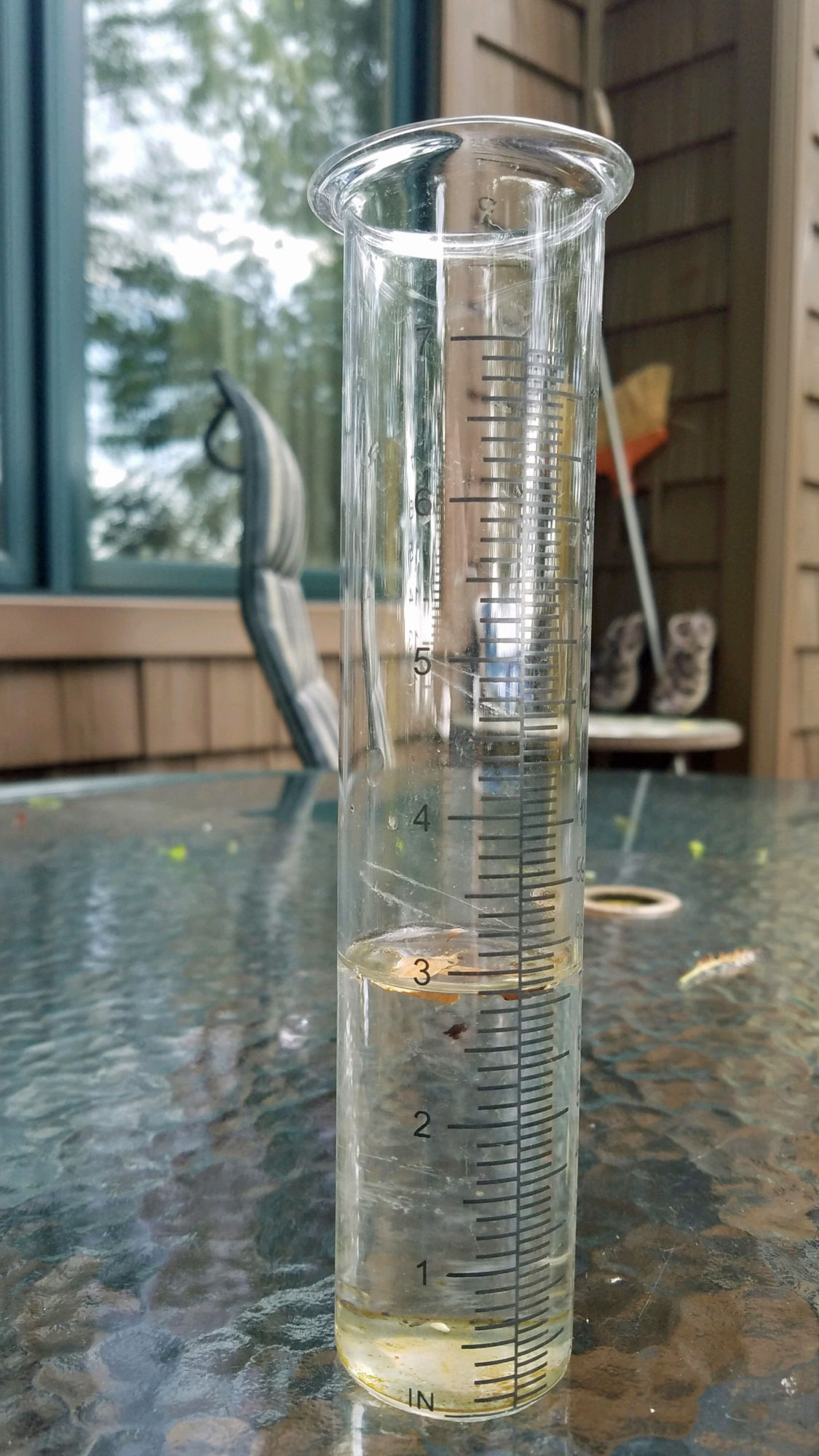 Announcing the arrival of the storm, a Code Red Alert was issued at 3:07 pm.

As the storm blew in, the temperature dropped about 20 degrees by evening.  A hot and humid day was transformed by high winds, flashes of lightning, and the rain.  Those facing west, saw sheets of rain coming across the lake–one after another.

The storm brought lots of wind and rain.  Near Lakeview and Eagle Point Road, the June’s rain gauge showed 3 inches of rain.

During and after the storm, reports indicated trees and tree limbs knocked down power lines and blocked roads.

Here’s a look at one of the sheets of rain making its way across the lake. 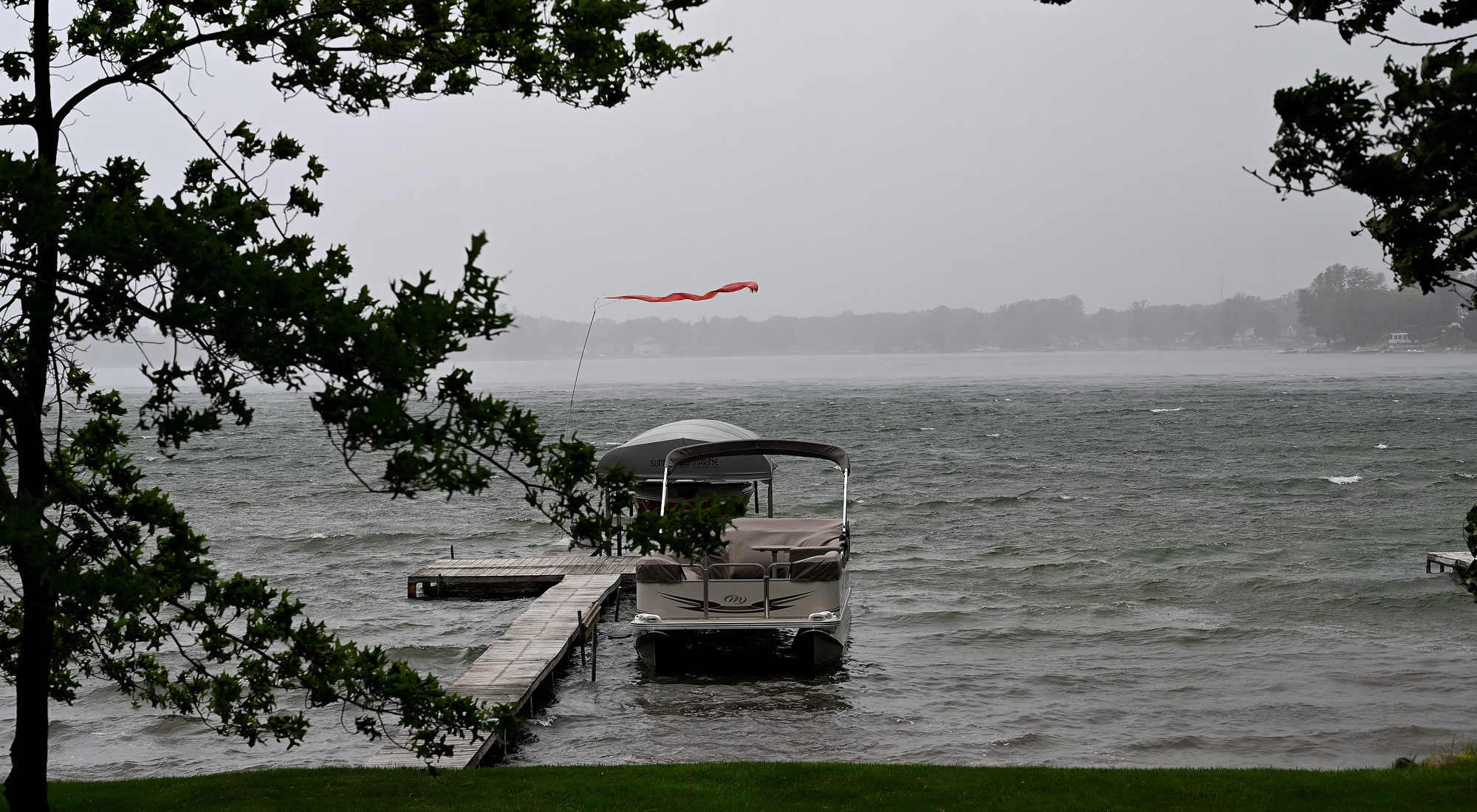 This morning, Clark Lake looks and feels quite different.  Humidity is lower and instead of high 80’s, the temperature was 61 degrees in the 8 am hour. 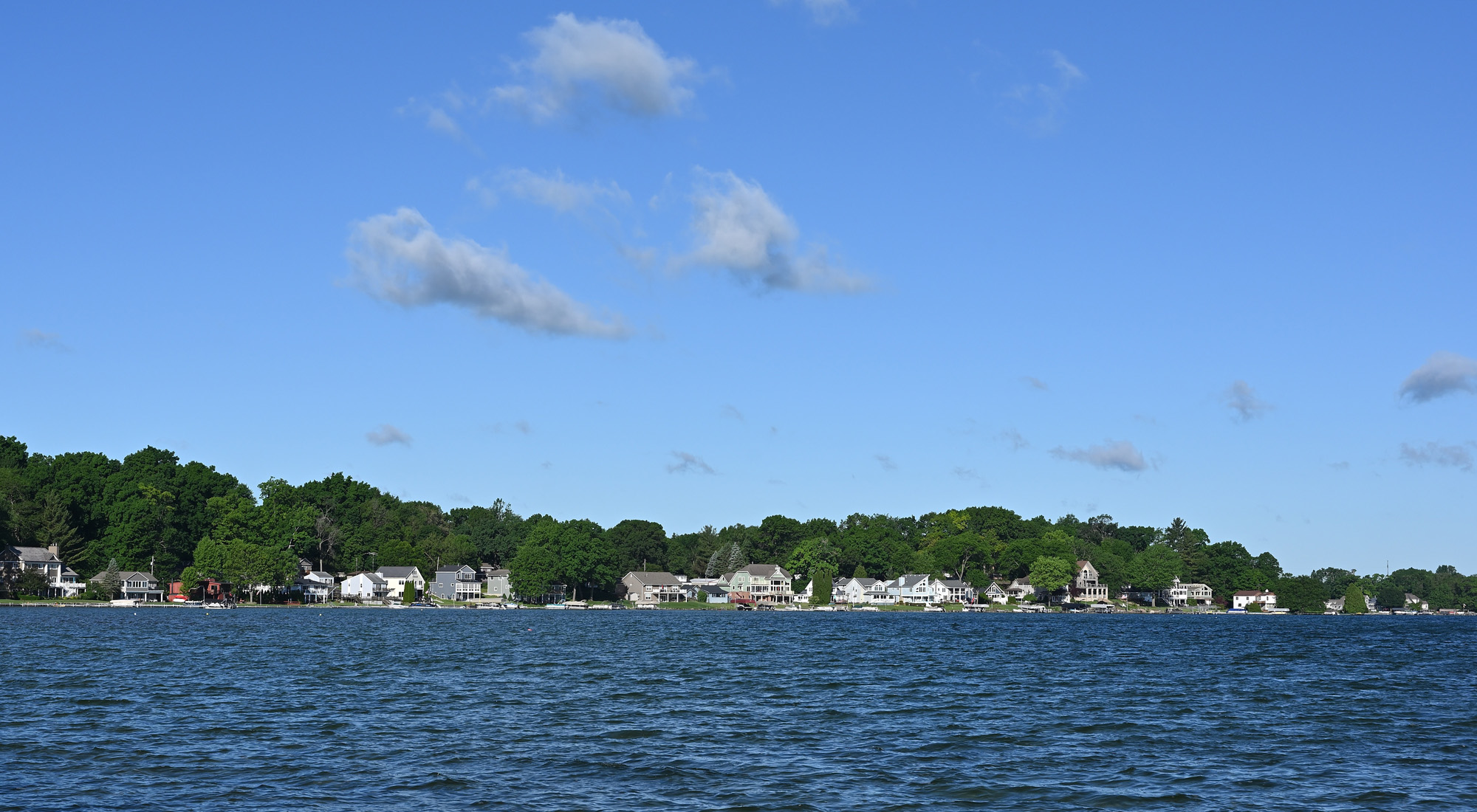