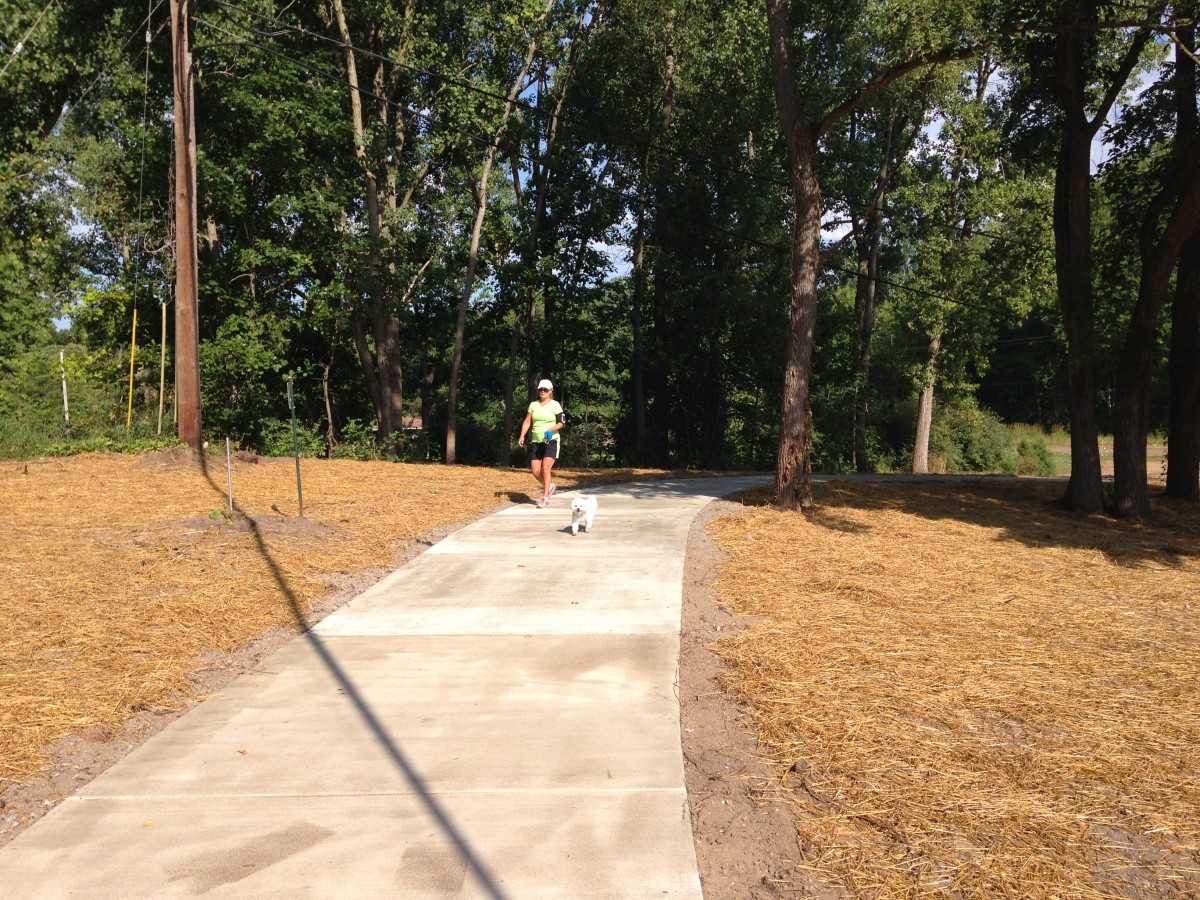 An early user on opening day

Early today, the yellow barrier ribbons came down and the newly paved section of the Clark Lake Spirit Trail opened to all users.  And the response was immediate as people tried it out for the first time.

The new section follows the curve on North Lake Road, between Rita and Grand Blvd.  Now it’s possible for cyclists, runners and walkers to keep more distance from traffic on a section of North Lake where the speed limit is 45 mph.

The project is the work of the Clark Lake Spirit Trail committee headed by Ann Swain.  Tucker Boyers led the project.  Bendele Construction performed the work.  Bill Bendele said that the sealant was placed on the freshly poured concrete yesterday at midday.  The overnight curing allowed for use of the new section by this morning.  Bendele construction also was responsible for the landscaping.  The area has been seeded and other interesting enhancements are in been place with eye appeal in mind.

This new section of the trail now joins several other sections that are paved and are for the exclusive use of cyclists, runners and walkers.  The other areas include–Jefferson Road, the Magic Forest between Jefferson Road and Lakeview East, through the County Park, the old Cincinnati Northern railway bed along Hyde Road, the cut-thrus’s between Oakwood and S. Woodlands and between S. Woodlands and Sandy Beach.

The funding for this and other Trail building projects come solely through donations.  The Trail committee maintains it mostly through volunteer efforts.  And all of this reflects the spirit of those who originally conceived and developed the Trail–people like Tom Collins and George Svinicki.  There have been many praises for the Clark Lake Spirit Trail over the years.  The Trail is a wonderful enhancement to the lake we love is and made possible through the hard work of the Clark Lake Spirit Trail Committee and the many donations from our community. 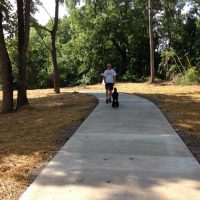 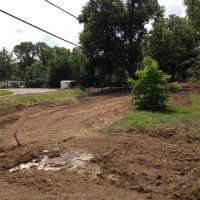 What it looked like just a few days ago 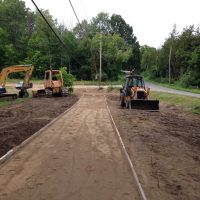 It starts to take shape 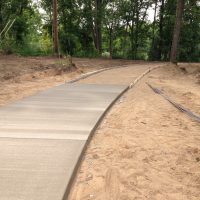 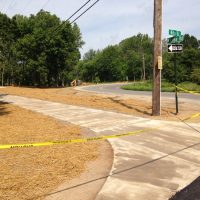 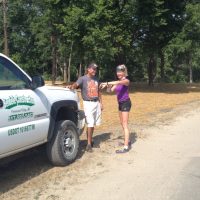