Since its inception in 1995, the Mary Reynolds Spirit of Clark Lake award is presented to a recipient every year at the Raft-O-Rama party.  As upwards of a thousand people gather to find out which rafts won, the crowd also enthusiastically awaits the reveal of the Spirit award winner.

In this most unusual year, many Clark Lake summer events have been cancelled, including Raft-O-Rama.  That means no large crowd.  Mary’s daughter, Joey Reynolds Massangale, presents the award each year.  “Without the crowd cheering the winner, it wouldn’t be the same.”  So, like Raft-O-Rama, the Spirit Award is taking the year off.   Like Raft-O-Rama, Joey promises the Spirit Award will return in 2021.

The Spirit of Clark Lake Award commemorates what Clark Lake meant to Mary Reynolds. According to Joey’s brother, Flip, their mother quietly found ways to make the lake a better place.  Even in her last days, she continued to take part in the community, including Raft-O-Rama.

Joey says the genesis of the award was the outcome of discussions Mary had with some of her Clark Lake friends. The year after Mary’s passing, Joey and Flip set the annual award in motion.  Since 1995, each year someone at Clark Lake has been so honored.

Who receives the award is based on a community vote.  Starting on July 4th, ballots are placed at Doyle’s, Beach Bar, Mugsy’s and Eagle Point party store.  Joey indicates between 30 and 50 ballots are received each year, and “there have been no tight races.” 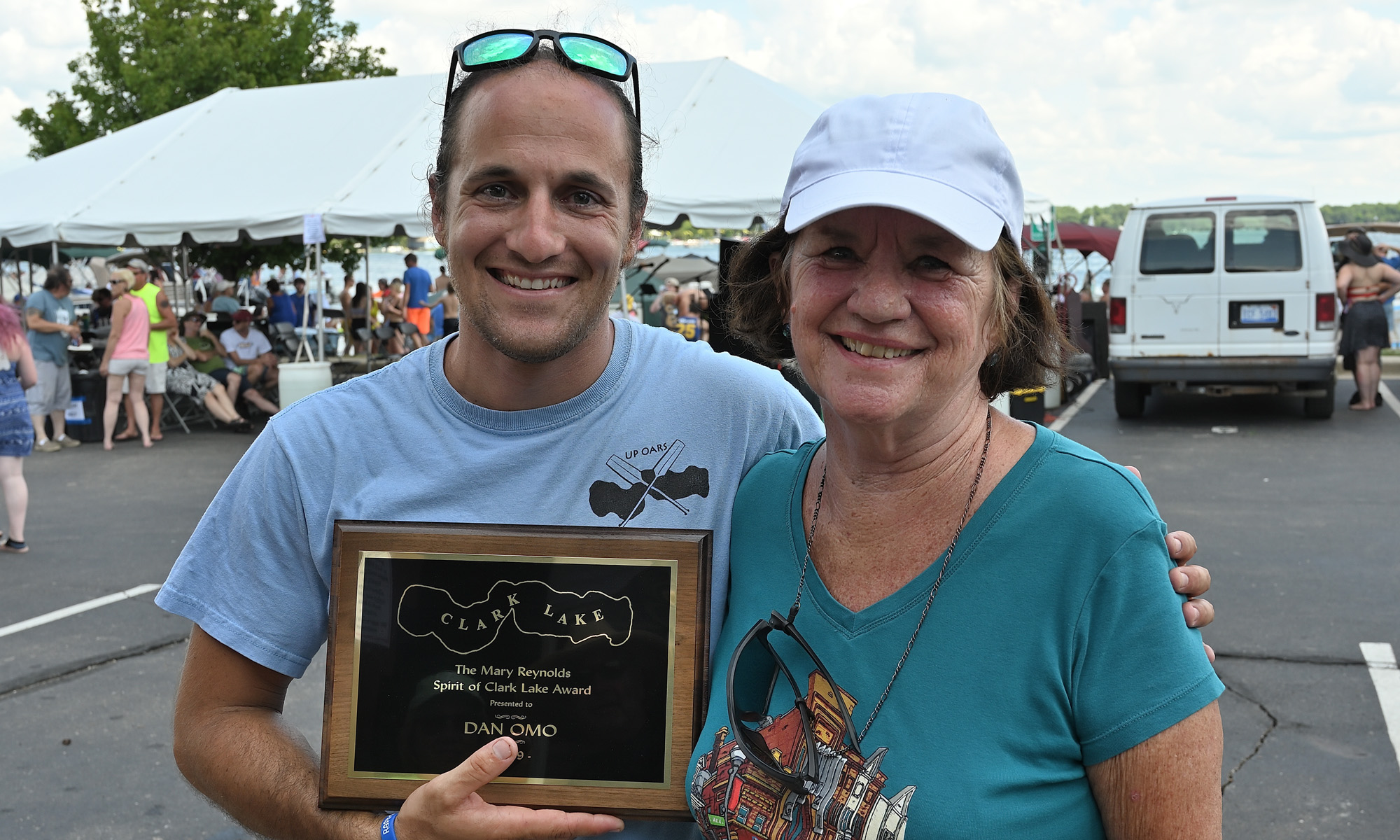 Last year’s winner was Dan Omo, a standout in his devotion to Clark Lake. He is a co-chair of the Raft-O-Rama Committee and plays an important role on the Spirit Trail Committee.  But for Dan, it’s not just attending meetings.  You see him regularly rolling up sleeves in a variety of ways.  For example, he not only works on putting together Raft-O-Rama, but emcees the event.  You see him putting sweat equity into the Spirit Trail—mowing, landscaping, repairing and more recently, helping place new Spirit Trail benches in their permanent locations. When volunteers are needed for difficult work, Dan is up for the challenge. 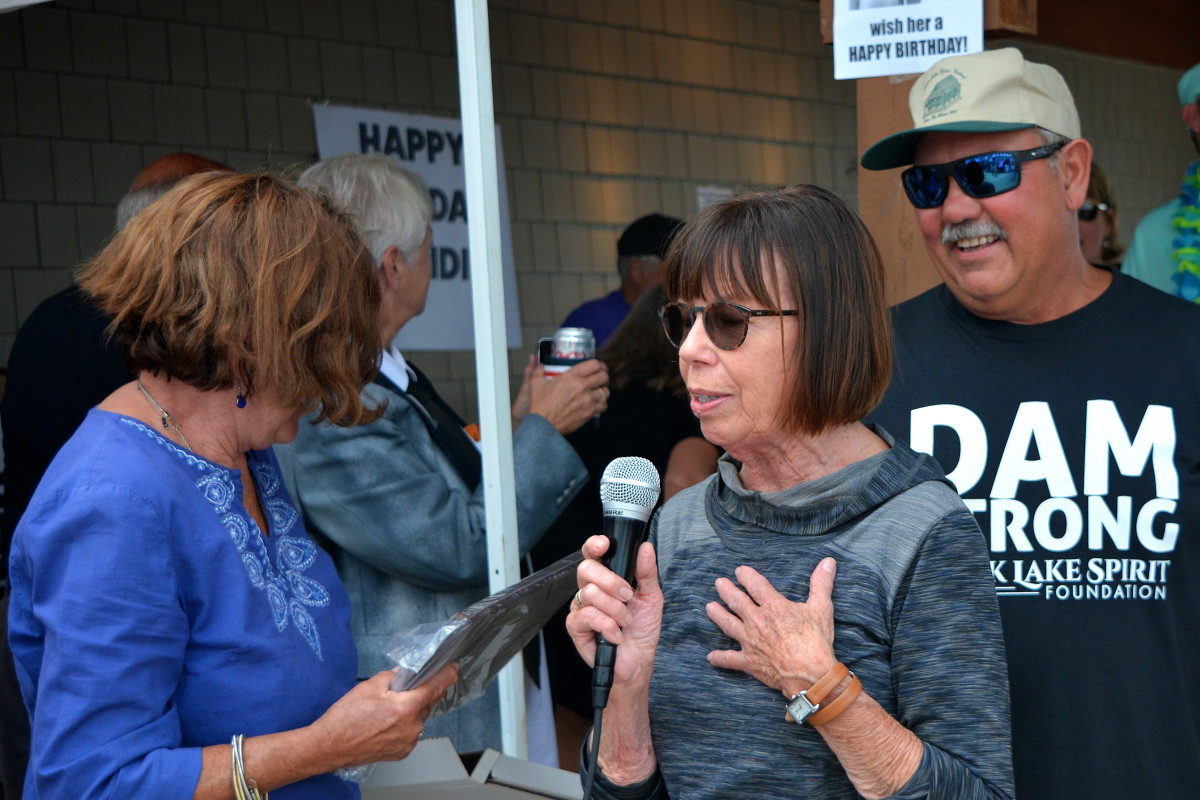