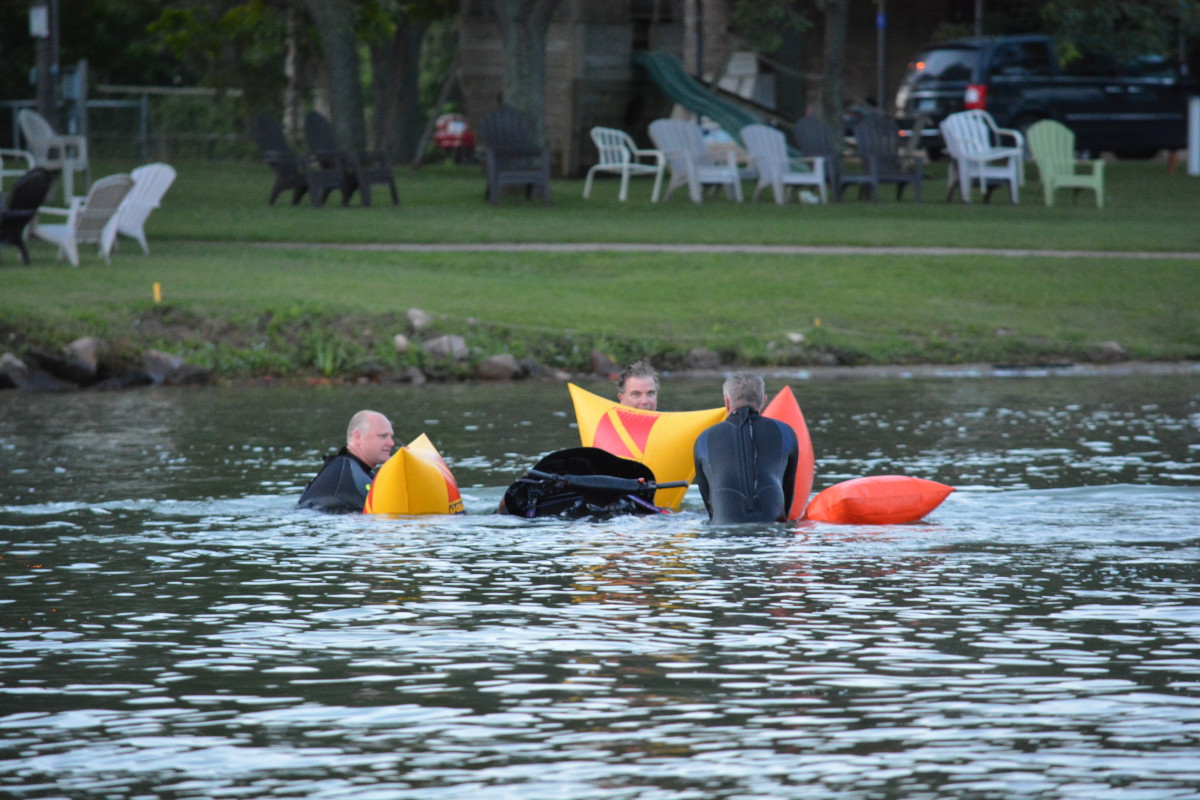 Sheriffs Department in front of the Beach and Boat Club

Every so often someone tries to take a snowmobile for a ride on a lake.  In winter, that wouldn’t be unusual.  But for a ride in the summer on the water, there are risks.

Late Thursday, July 2, a snowmobile came racing from the west end, passed by Eagle Point, and then headed toward Ocean Beach.  Its path eastward was close to the center of the lake.  Eyewitness Mike McKay viewed it from his deck, “with the noise and headlight shining, it was not hard to notice.” Mike reports the snowmobile “took a wide turn to the north as it approached Hancock Point.”  Says Mike, “it was traveling at a high rate speed, probably 40 mph, when the loud whining of the engine suddenly went silent.”  It was at the point the snowmobile went down.   (Click any photo to enlarge; repeat, to reduce) 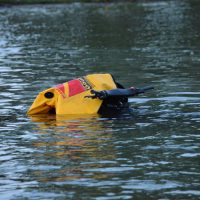 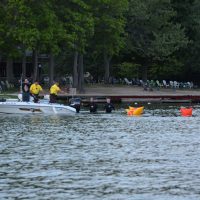 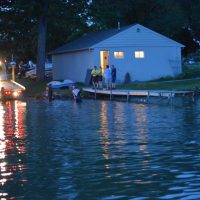 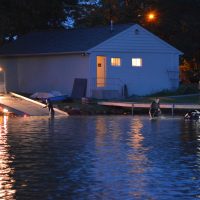 Dragging the snowmobile in 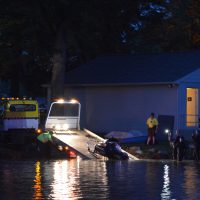 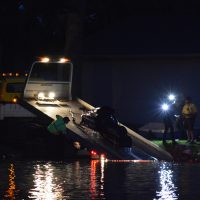 Last night the Jackson County Sheriff’s Department searched and found the snowmobile in “about 25 feet of water”, according to someone from the department.  To retrieve the snowmobile, the dive team attached floatation devices and towed it to the ramp at the Beach and Boat Club.  Once in range of the ramp, the snowmobile was pulled to the shore and up onto the tow truck platform.

The Sheriffs Department dive team is comprised of volunteers, primarily from Divers Mast.  About 12 individuals, including two deputies, were involved in last night’s search.

How does a search like this work?  Jackson County Undersheriff Chris Kuhl says they first “form a grid in the search area.”  Then “side scan sonar is used to detect anomalies.”  Divers descend as the target area narrows.  To speed up the process, the divers are towed by a boat. The snowmobile was found in the 9 pm hour last night.

The snowmobile is now in the custody of the Sheriffs Department.  According to Undersheriff Kuhl, the department is looking into possible DEQ violations.

At least one snowmobile has sped from end of Clark Lake to the other on the water:
https://www.youtube.com/watch?v=KkAY1nON2-k
What happened Thursday night?  Mike McKay speculates that he could have met his own wave or ran out of gas.  And of course snowmobiles aren’t designed to float.