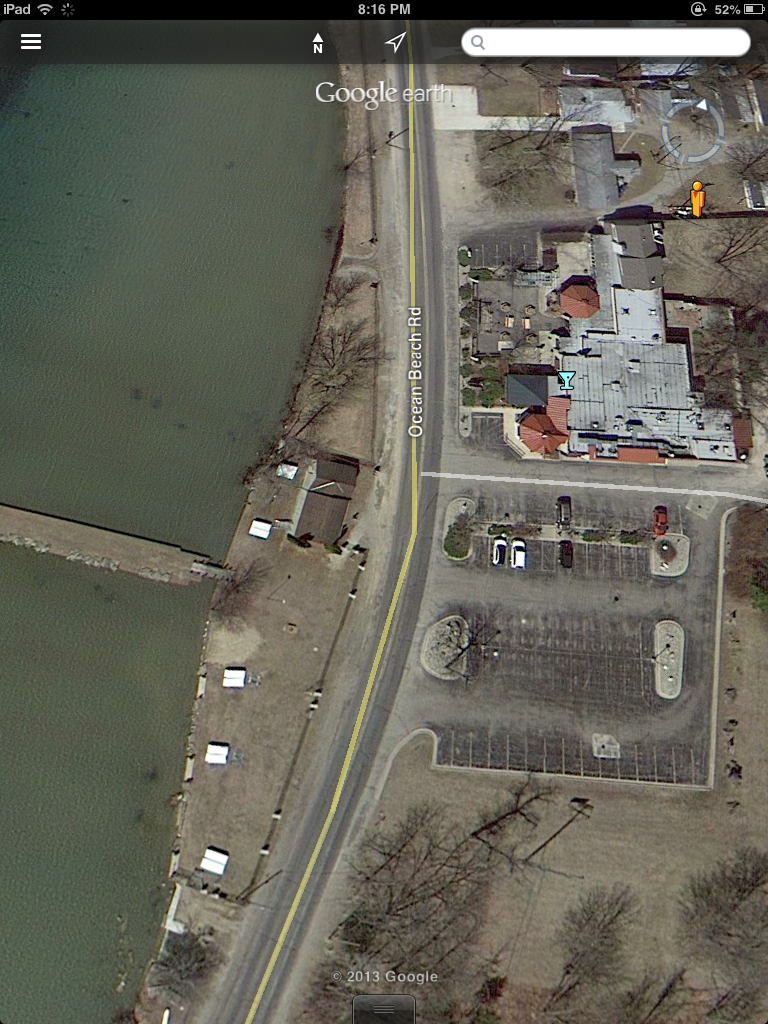 The most recent satellite image of Clark Lake, as seen on Google Earth, was taken early this spring.  What’s remarkable is the improved detail, mostly due to when the image was taken.  Because it was early spring, there were no leaves on the trees.  Visitors to Google Earth know that summer satellite views warm up the look of the lake, but at the same time obscure a lot of detail on the ground.

Check out the couple of the accompanying screen shots from Google Earth.  Given that there are very few docks in the water, it’s a good guess that this image was taken during the last week in March.

If you haven’t explored Google Earth, it’s an impressive way to view not only Clark Lake, but other areas that you want to see from the air.

You can download the Google Earth app for iPad and iPhone.  For the full experience on a larger screen, consider downloading Google Earth for your PC or Mac.

The view of the images here are from a height designed to give you perspective as to the area you are viewing.  If you go to Google Earth, you can zoom in for a closer look than is shown in these images. 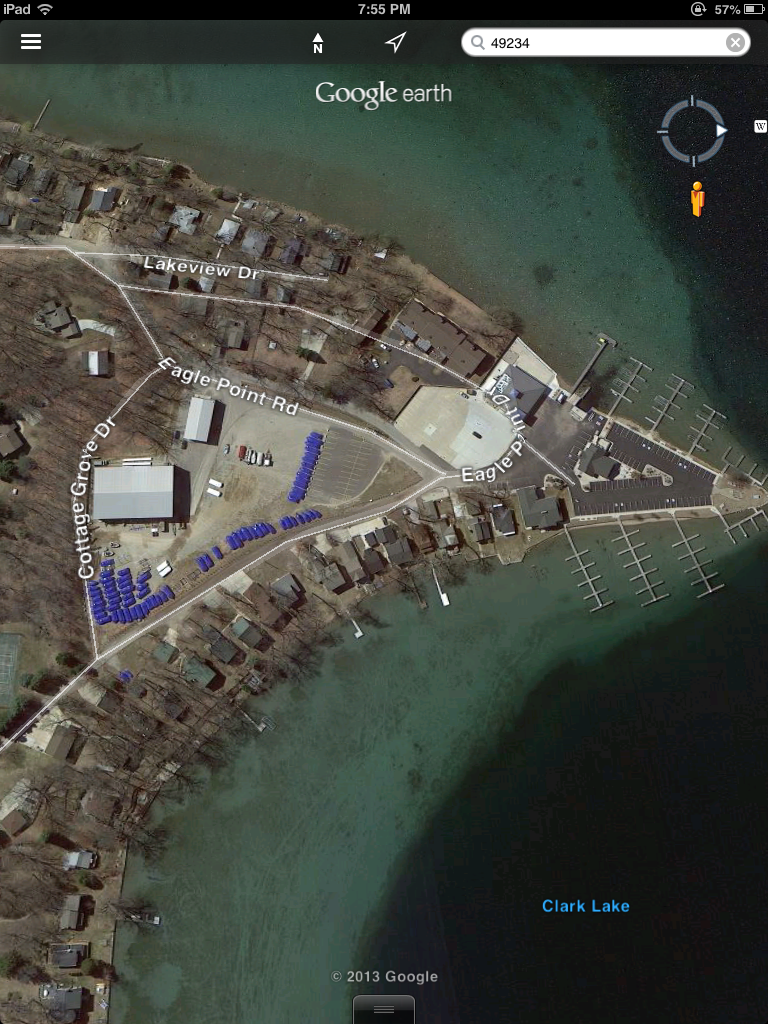 This view of Eagle Point shows the blue shrink-wrapped rafts at the Marina and some of the detail of the surrounding structures.  Note that the Google Maps overlay of road names are not correct in some places and show roads that don’t exist!