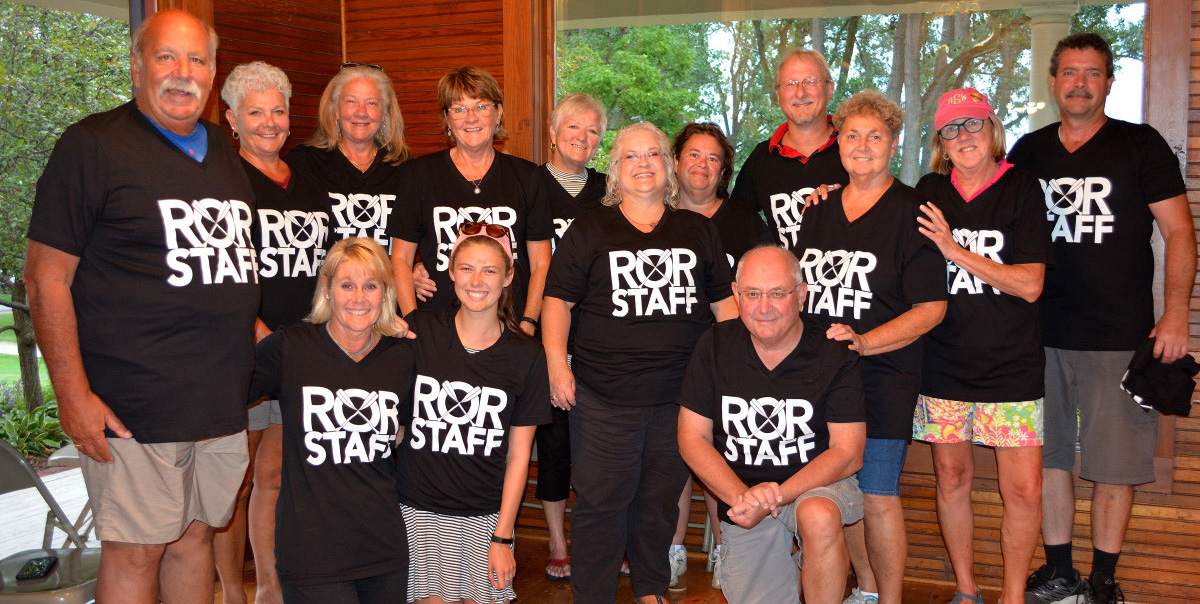 Raft-O-Rama meets each January to choose the theme for the coming season.  Committee members take fun seriously.  They know the importance of choosing a theme that will encourage participation and maximize fun.  The committee accepts and considers suggestions, reviews previous years, debates the options and then votes.  The theme is:  Countries.

It won’t be the first time for this theme, but countries has proven to be an excellent choice in the past. What other lake can claim to have hosted the Eiffel Tower?  Clark Lake can look forward to lots of participation–and fun.  No doubt these cold winter nights offer great opportunities not only to think of warm sunny days at the lake, but to plan for this pinnacle activity that will take place on Sunday, August 5th.

As summer begins, clandestine meetings will commence.  In the spirit of sotto voce, groups will discuss what country they will represent, and what they have to do make their entry a winner.

Skies were cloudy, but the rafts, and people on them, radiated pure sunshine.  Along with that sunshine shone lots of creativity as contestants met the challenge of this year’s theme–TV shows.  It’s amazing how much staying power certain shows retain.  Represented in the parade were three Gilligan Island’s, two Flintstones’, and two Mash’s.  Both the Addams Family and Lawrence Welk were on Clark Lake’s TV screen as well.  All of these shows went into reruns long ago, but this day is living proof of their indelible impact.  Their presentation revived great memories.

Raft-O-Rama puts on display the creativity, artistry, and engineering capabilities of Clark Lake.  Turning an idea into something that will float successfully on two pontoons and weather a lake breeze is a mark of accomplishment. 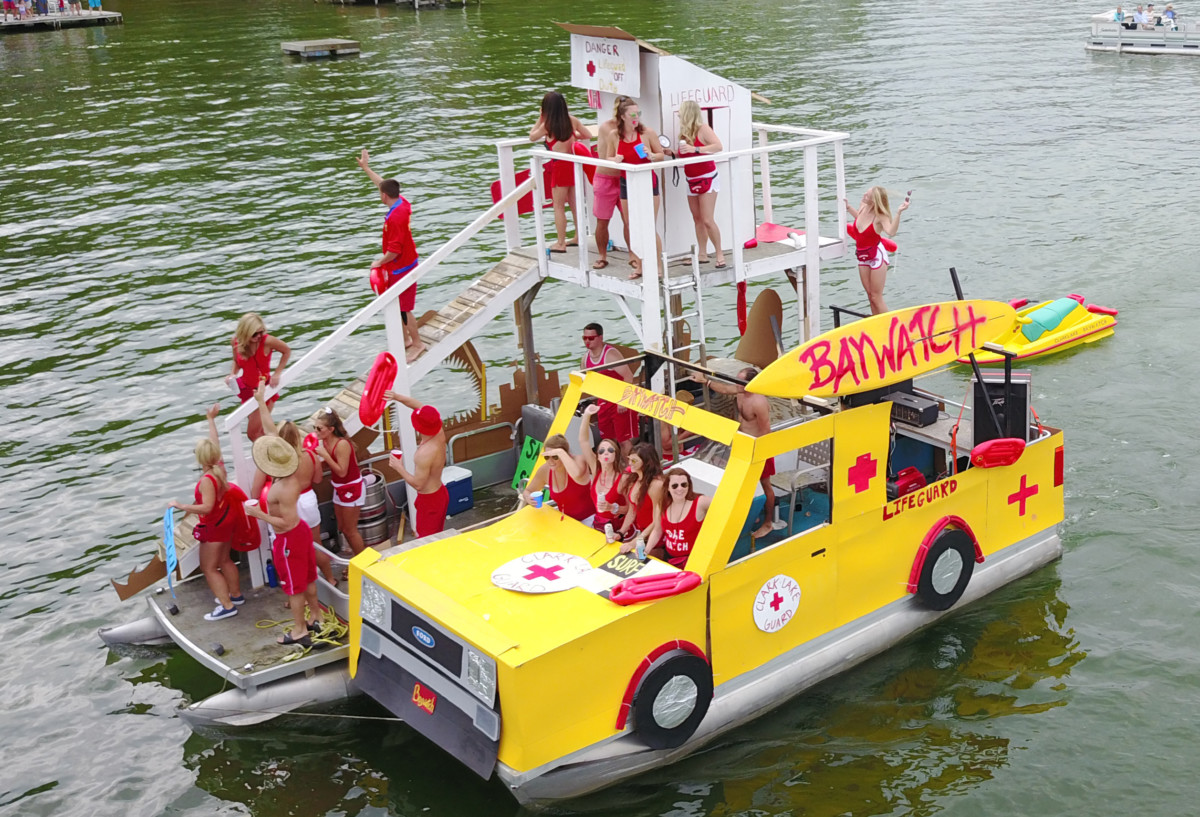 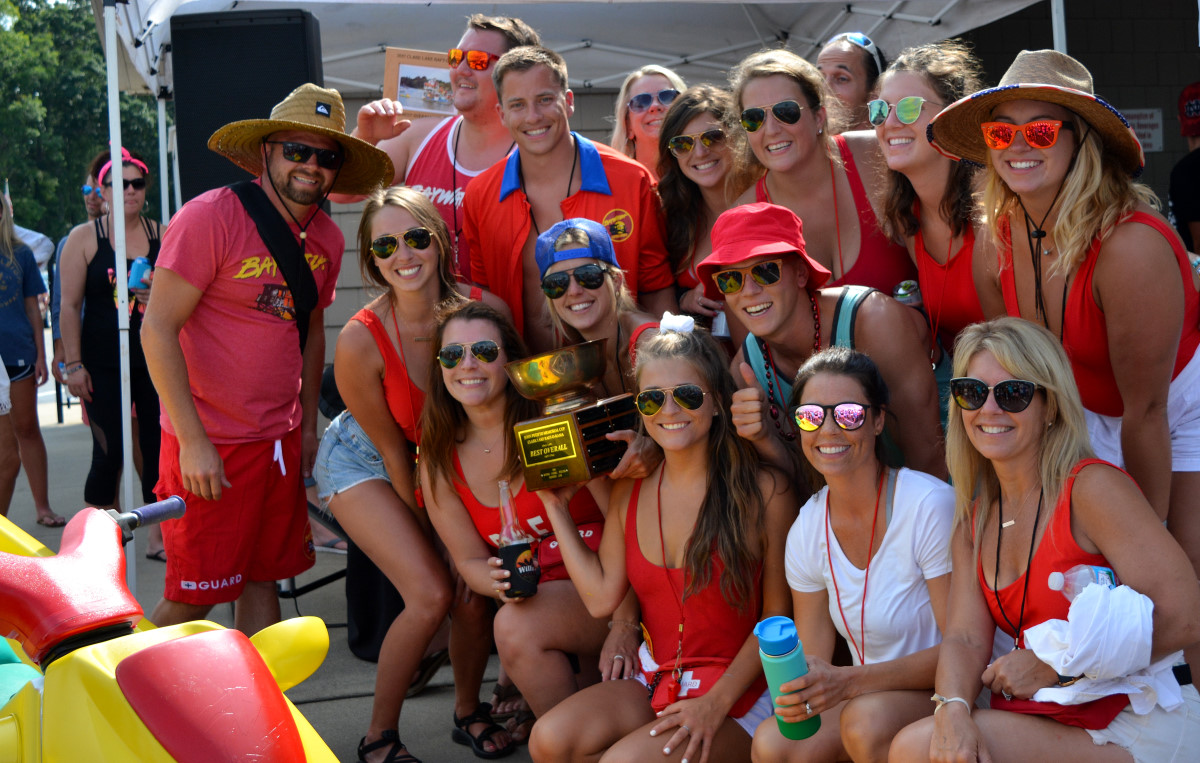 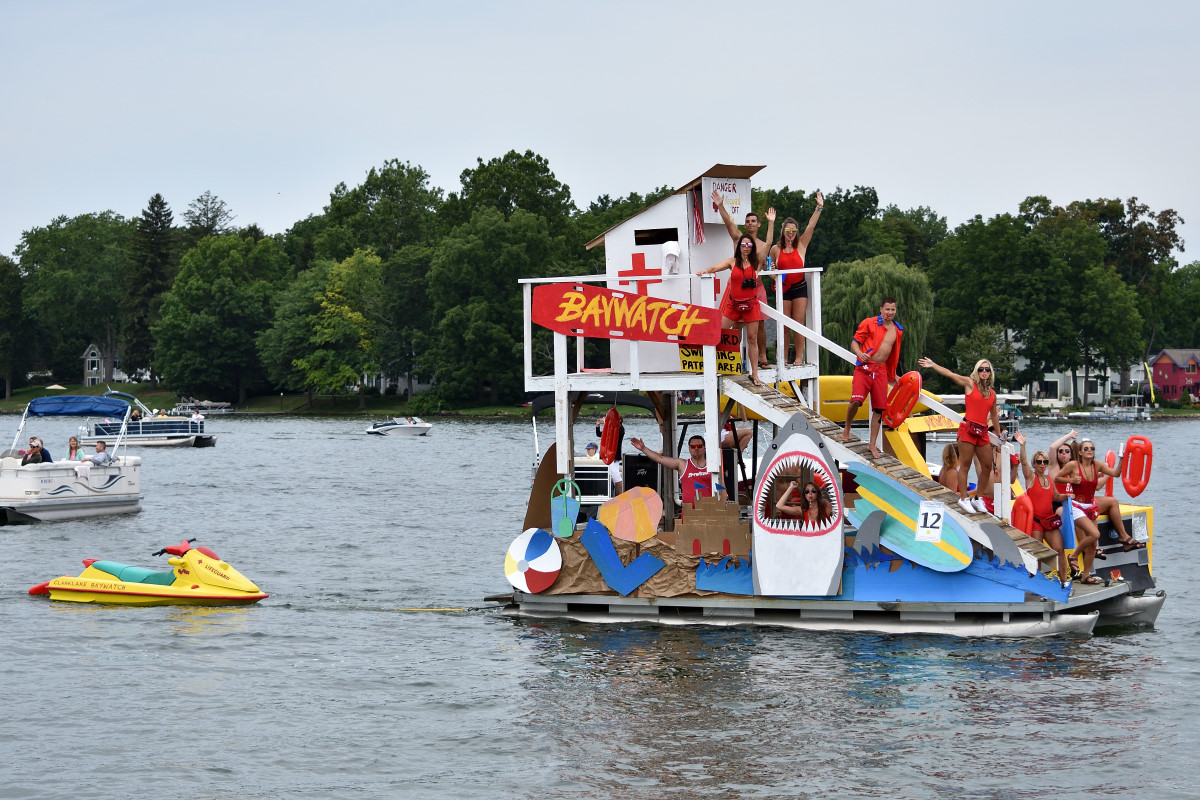 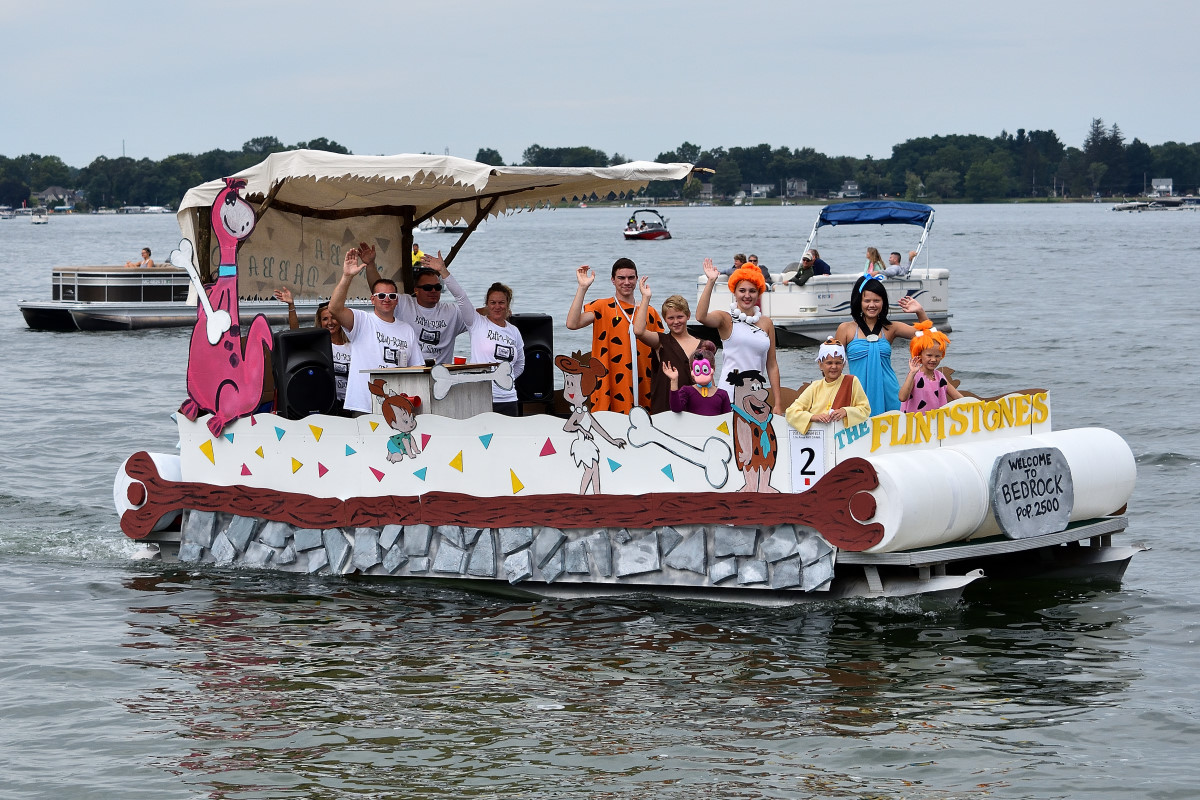 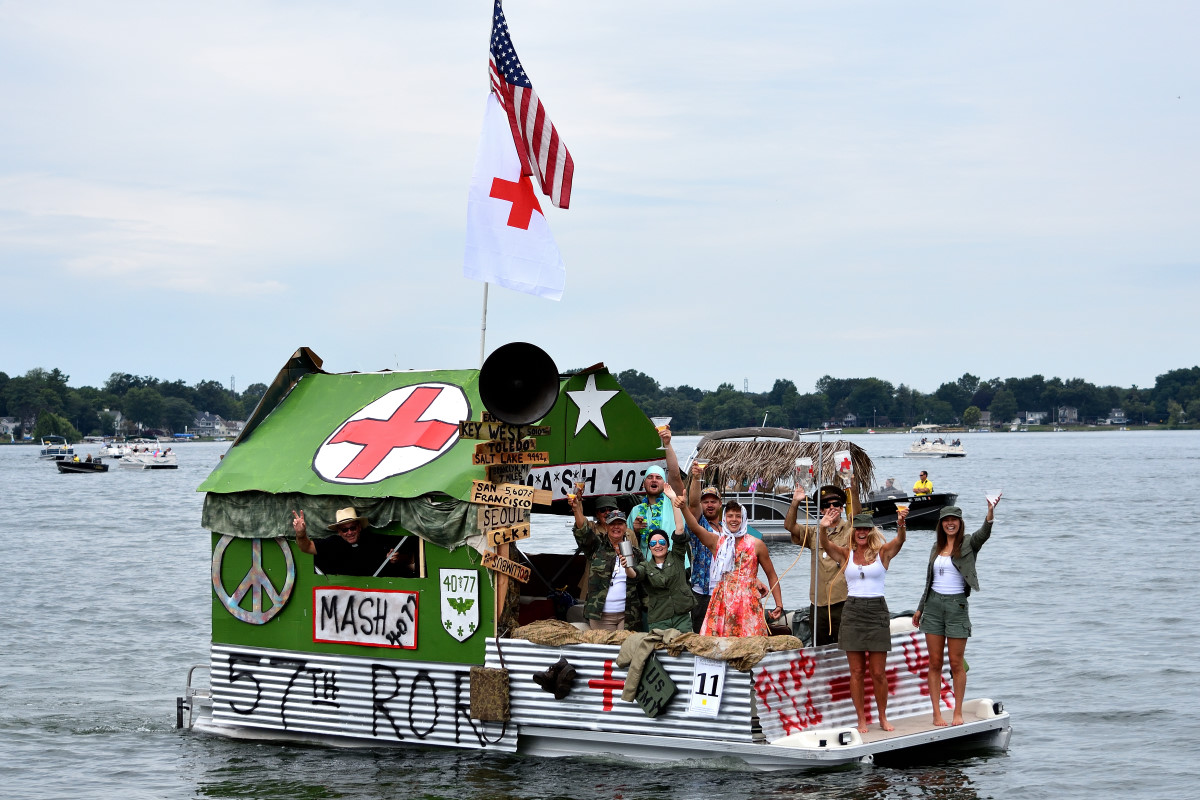 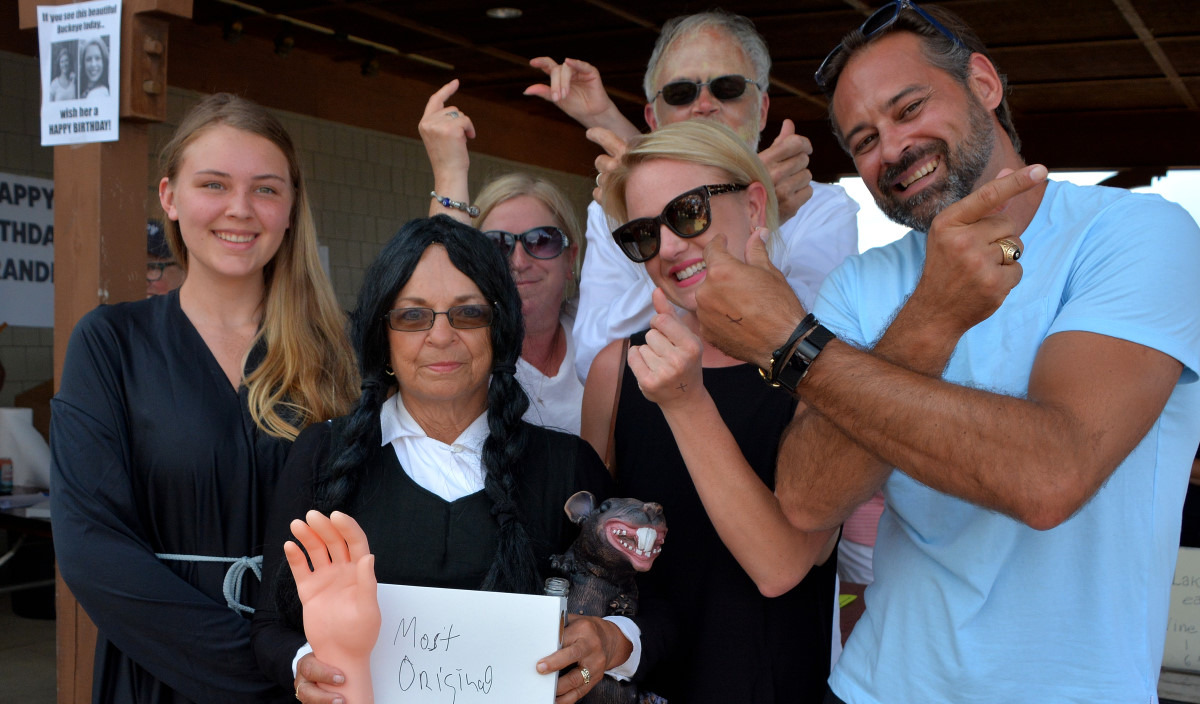 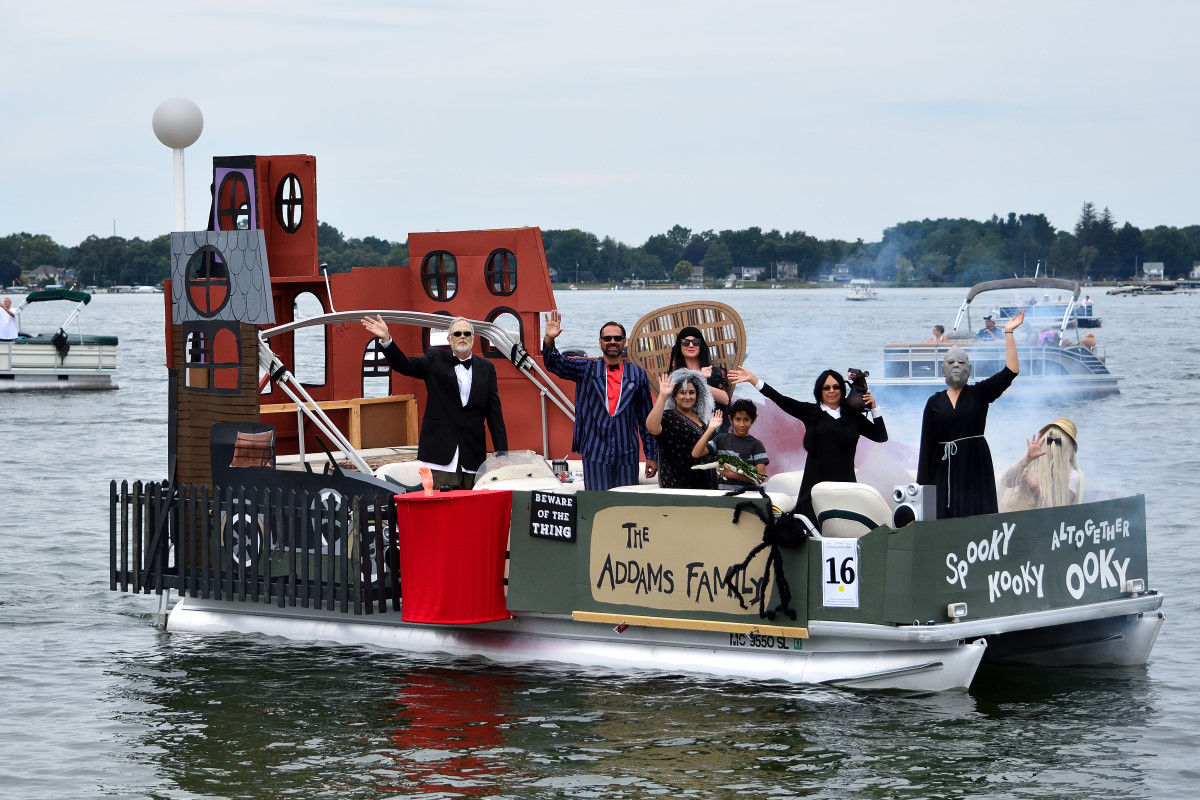 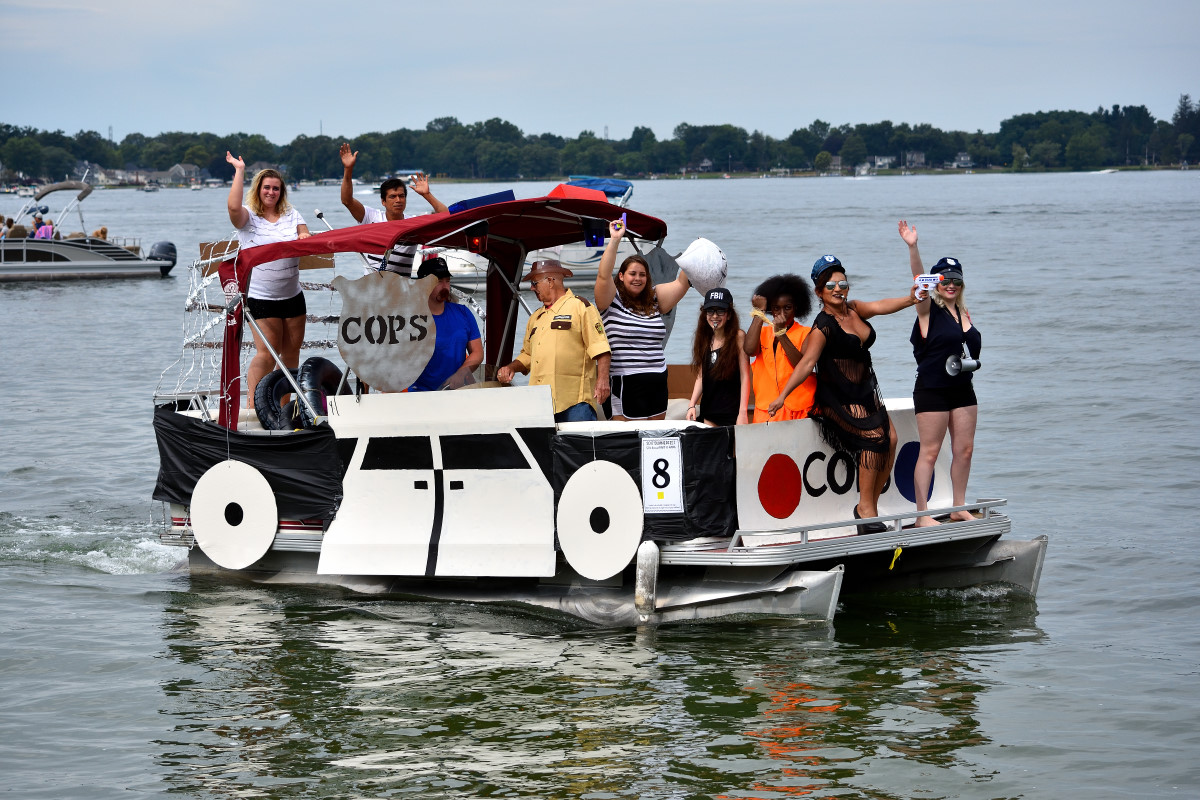 Closest to the Theme – #1 Lawrence Welk 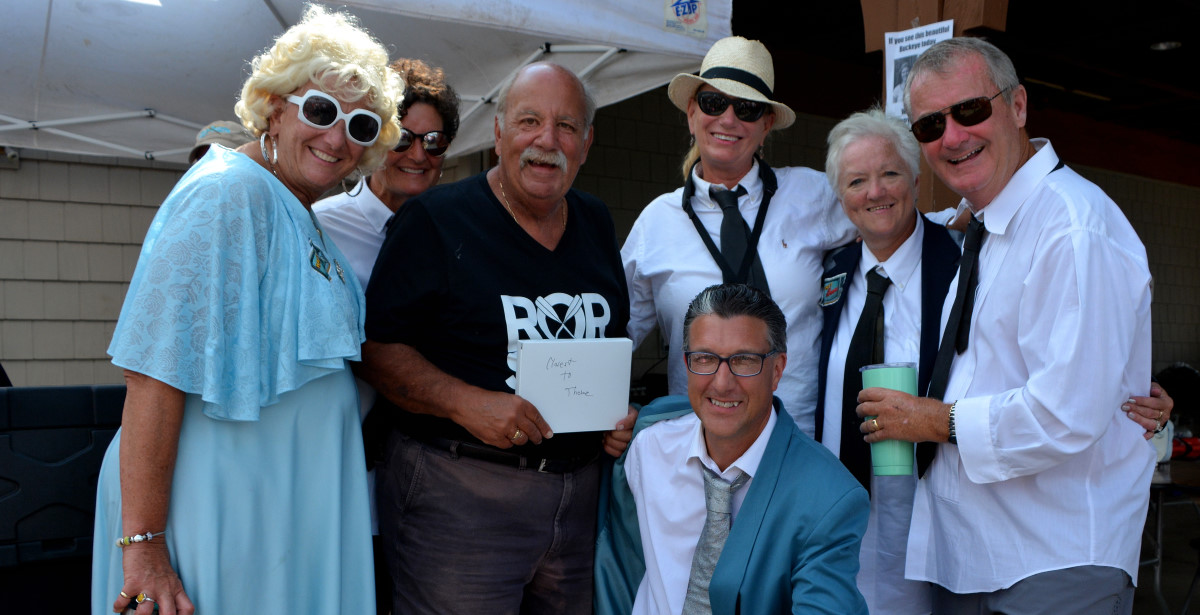 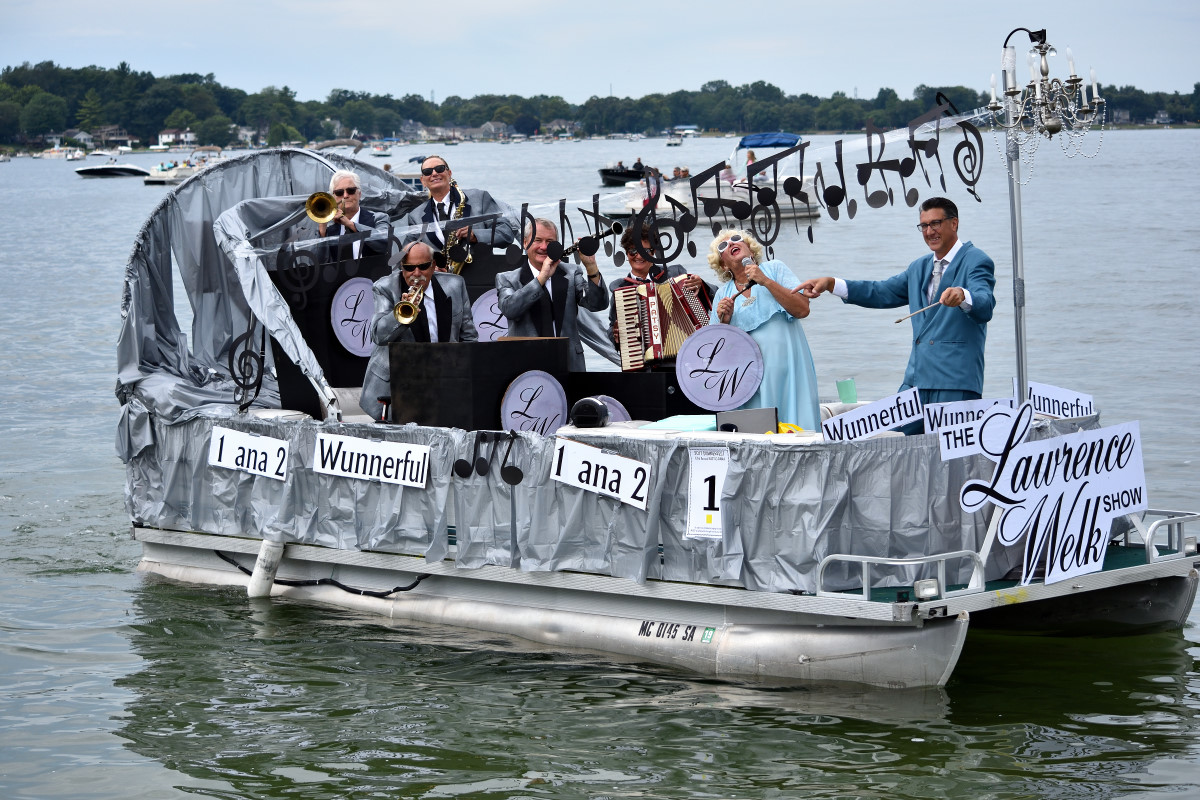 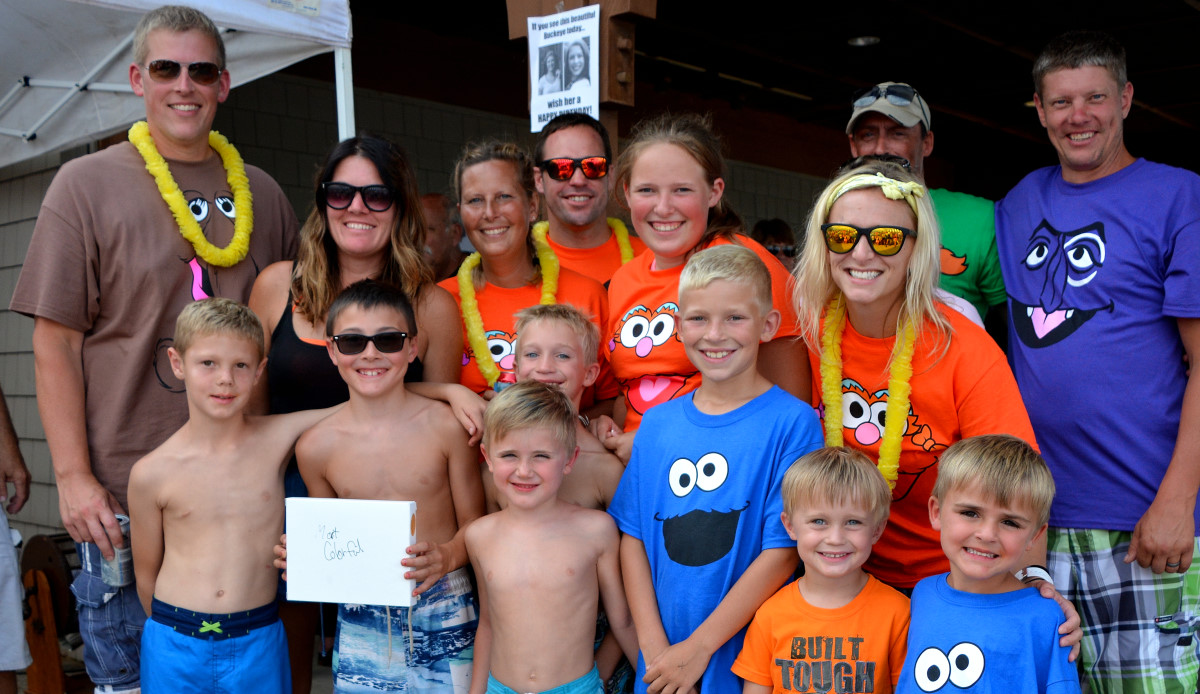 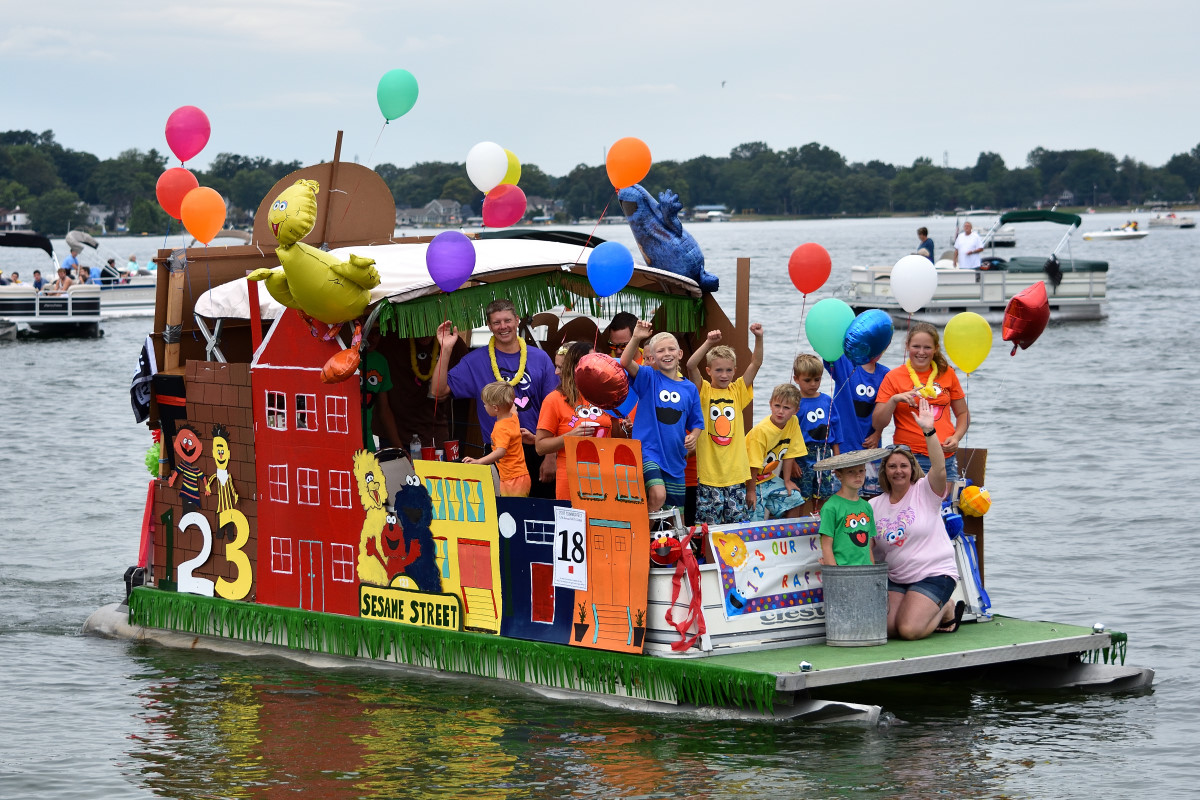 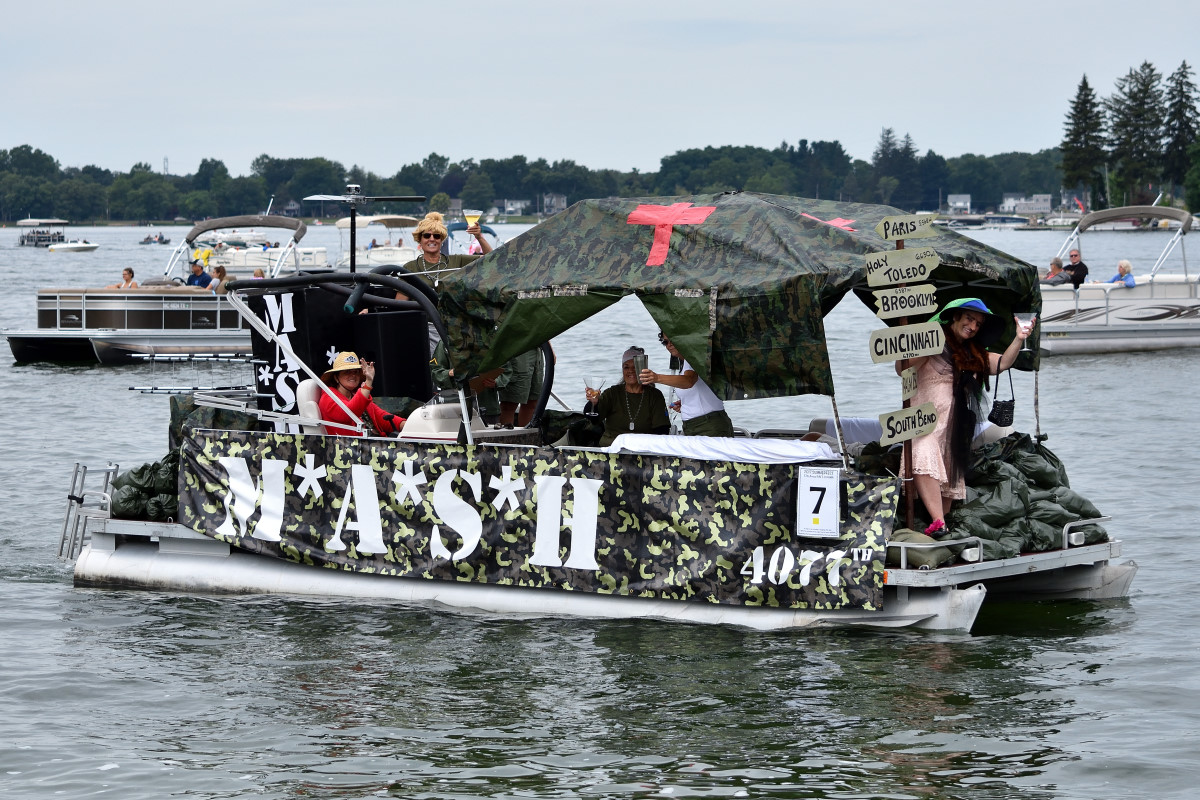 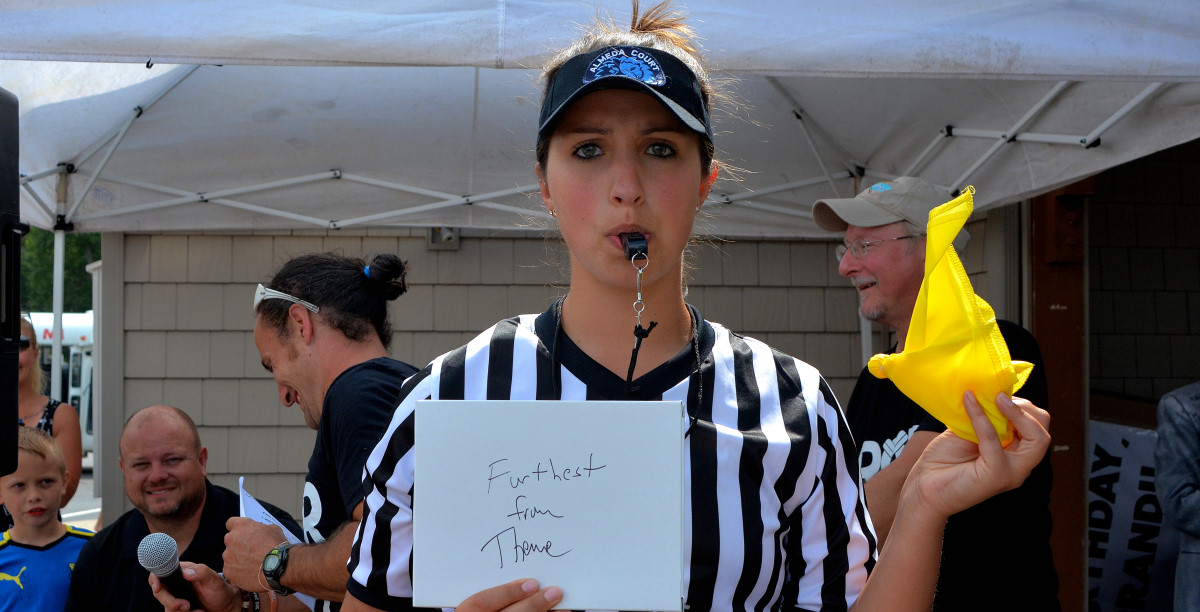 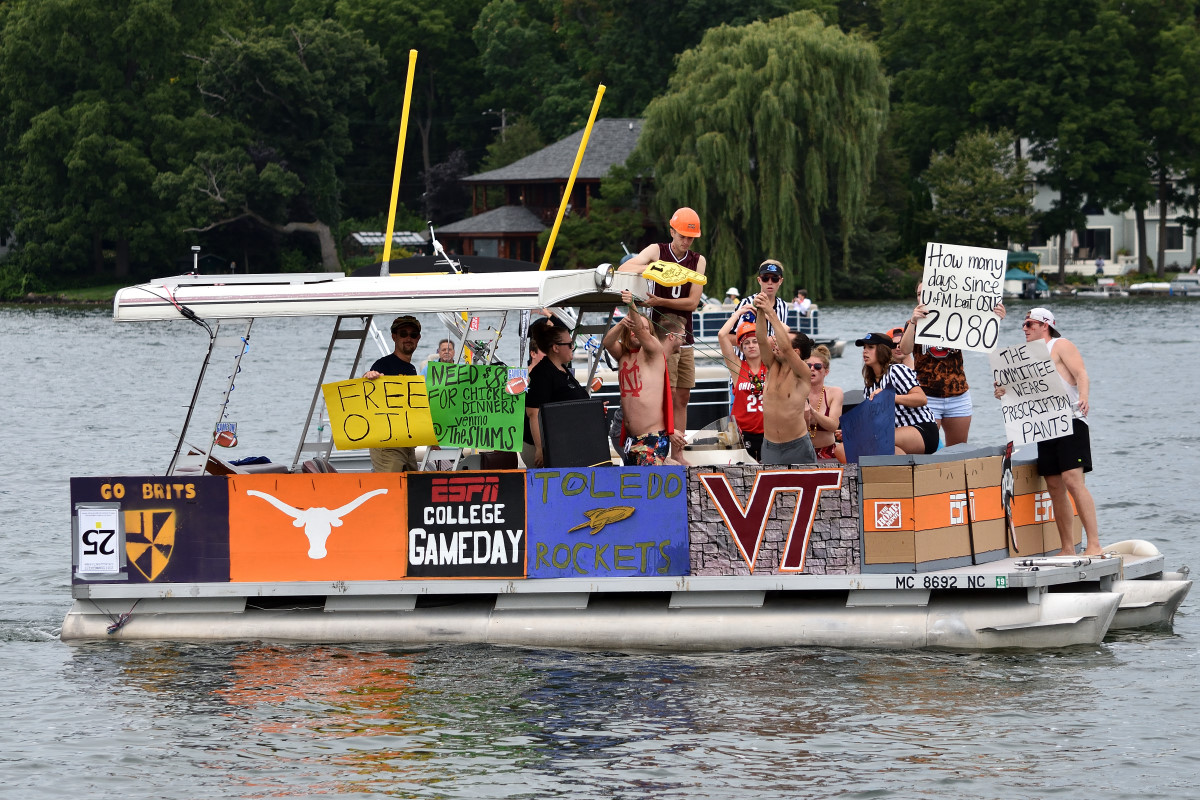 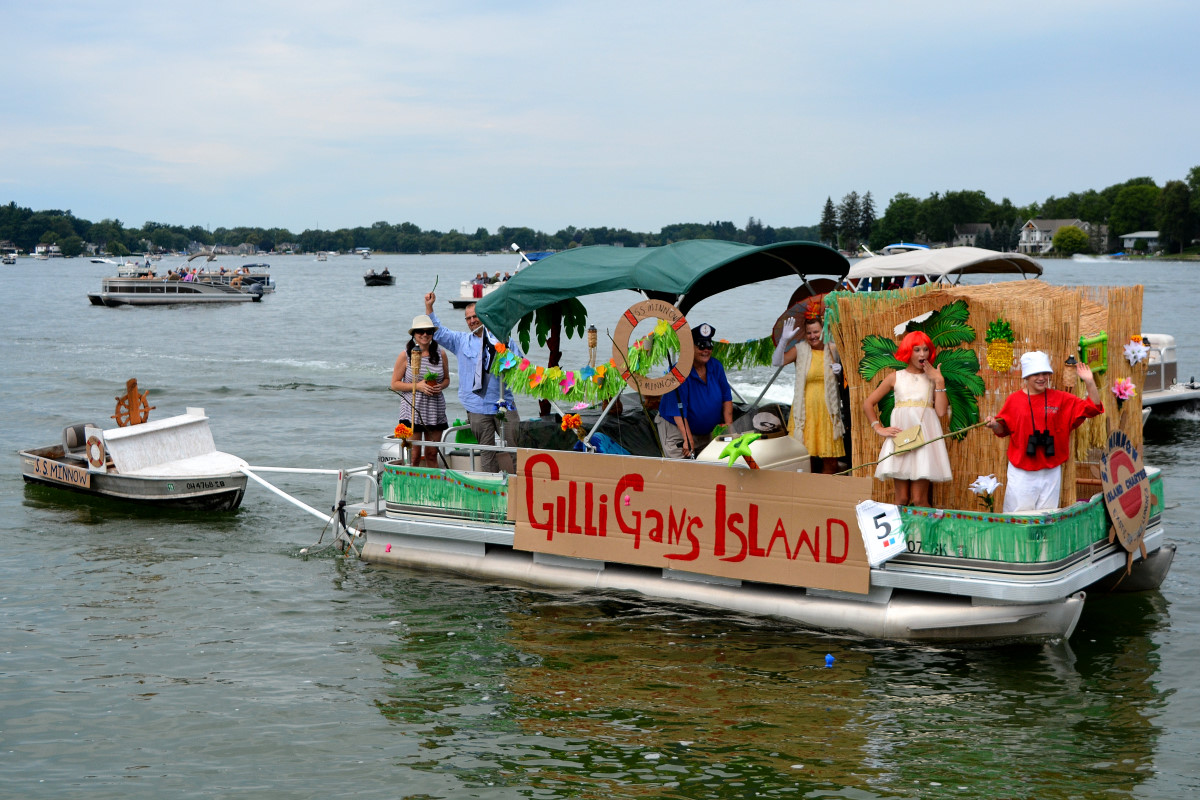 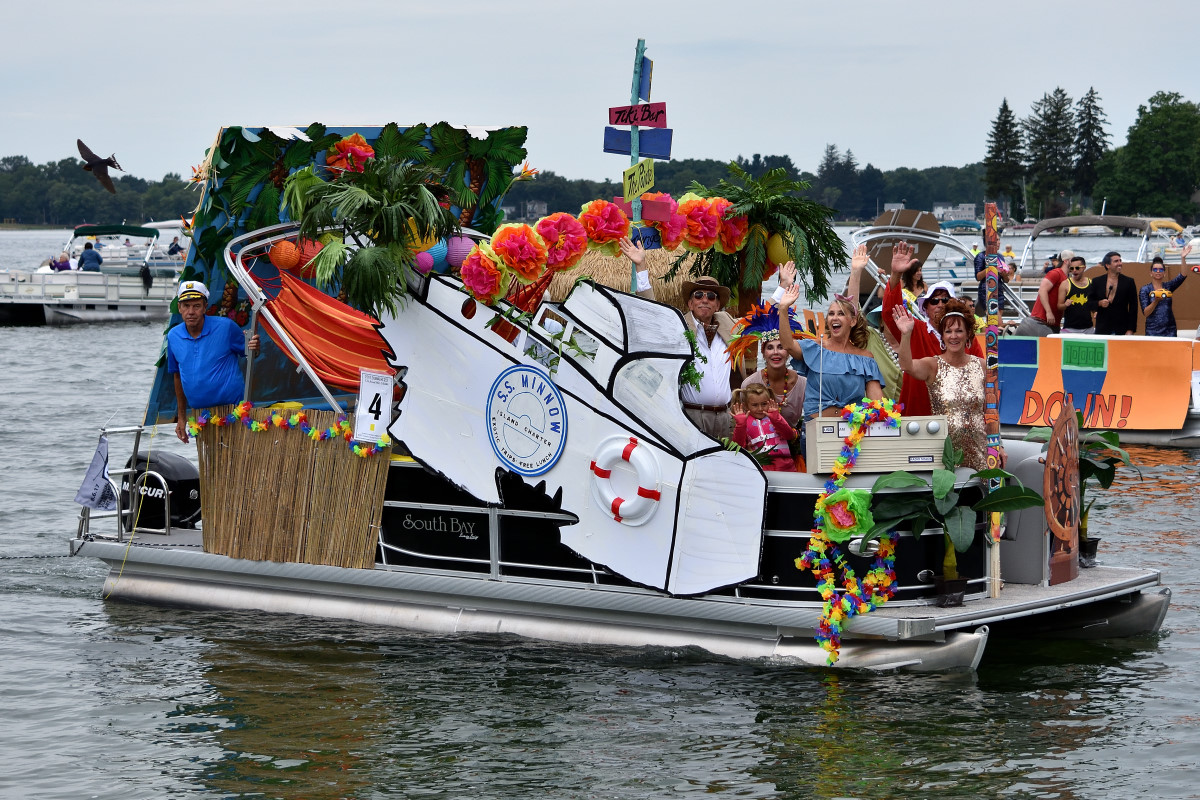 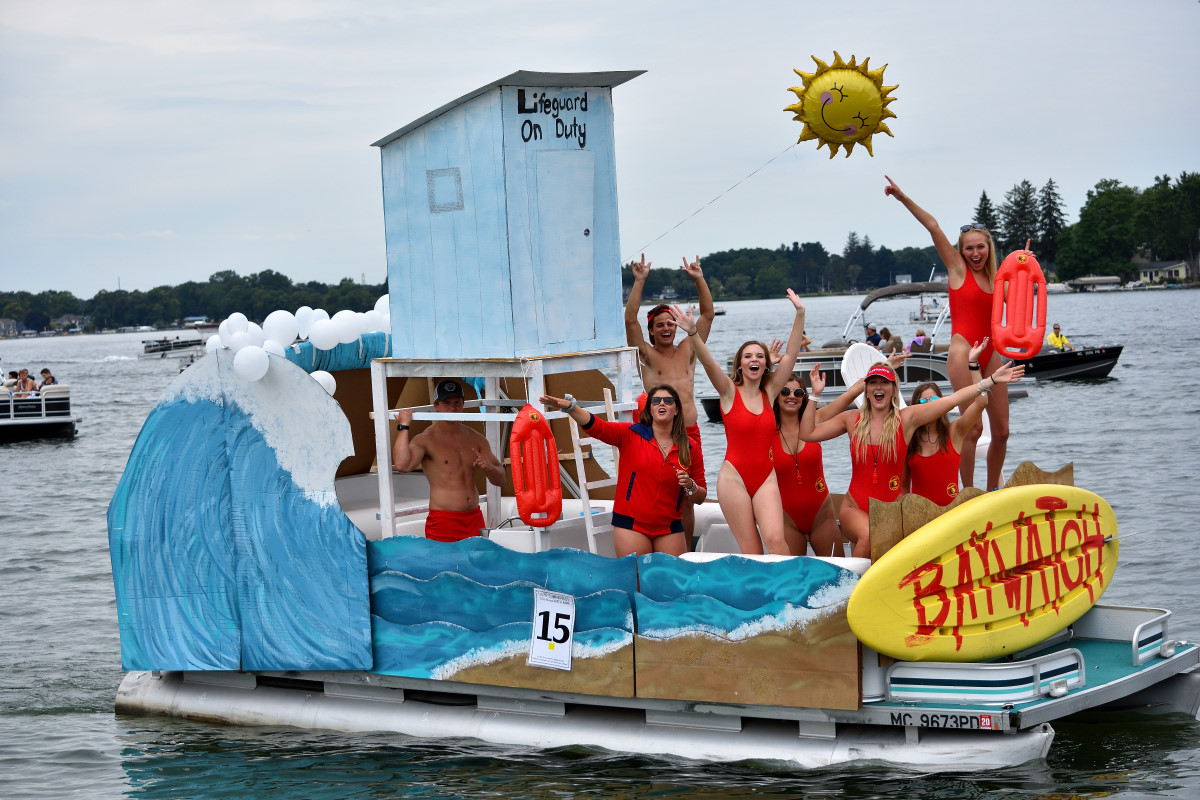 Other rafts added to the sights and sounds of the day.

As you leave the story for the moment, take a look at what the Raft-O-Rama parade looks like from above.  The drone takes you around Eagle Point through the cove.  It makes a curiosity stop at the Baywatch raft, then resumes it flight.  Notice the line up of spectators on their rafts watching from the lake side of the parade as people on the shore watch from the other direction.

Thanks to BJ Lyons for the drone photos and videos.