The very first Raft-O-Rama took place in 1961.  The theme was Anything Goes, reflected in how participants decorated their rafts.  Going forward, themes took on more importance.  Competition can be a good thing. Through the years, teams increasingly called on their creativity and engineering ingenuity to win.

In recent decades, the Raft-O-Rama Committee has taken great care to document the theme of each year.  Between 1969 and 1988, only three themes were recorded–Advertising in 1974, Favorite Movies in 1980, and Foreign Countries in 1981.

This year Raft-O-Rama wants to display the theme for each year, going back to 1961, on a commemorative T-shirt.

Below is the comprehensive list of themes.  Drawing on the collective memory of those at the lake, it’s hoped the missing years can be filled in.  Can you help?  Email your response to ClarkLakeSpirit@gmail.com.

Here are the themes.  When done, scroll down for a recently discovered trove of Raft-O-Rama photos.  They were part of Bruce Lyons’ collection, and are presented in his memory. Plus a link that tells the story about a person who was highly influential in the development of both Raft-O-Rama and Spirit Trial. 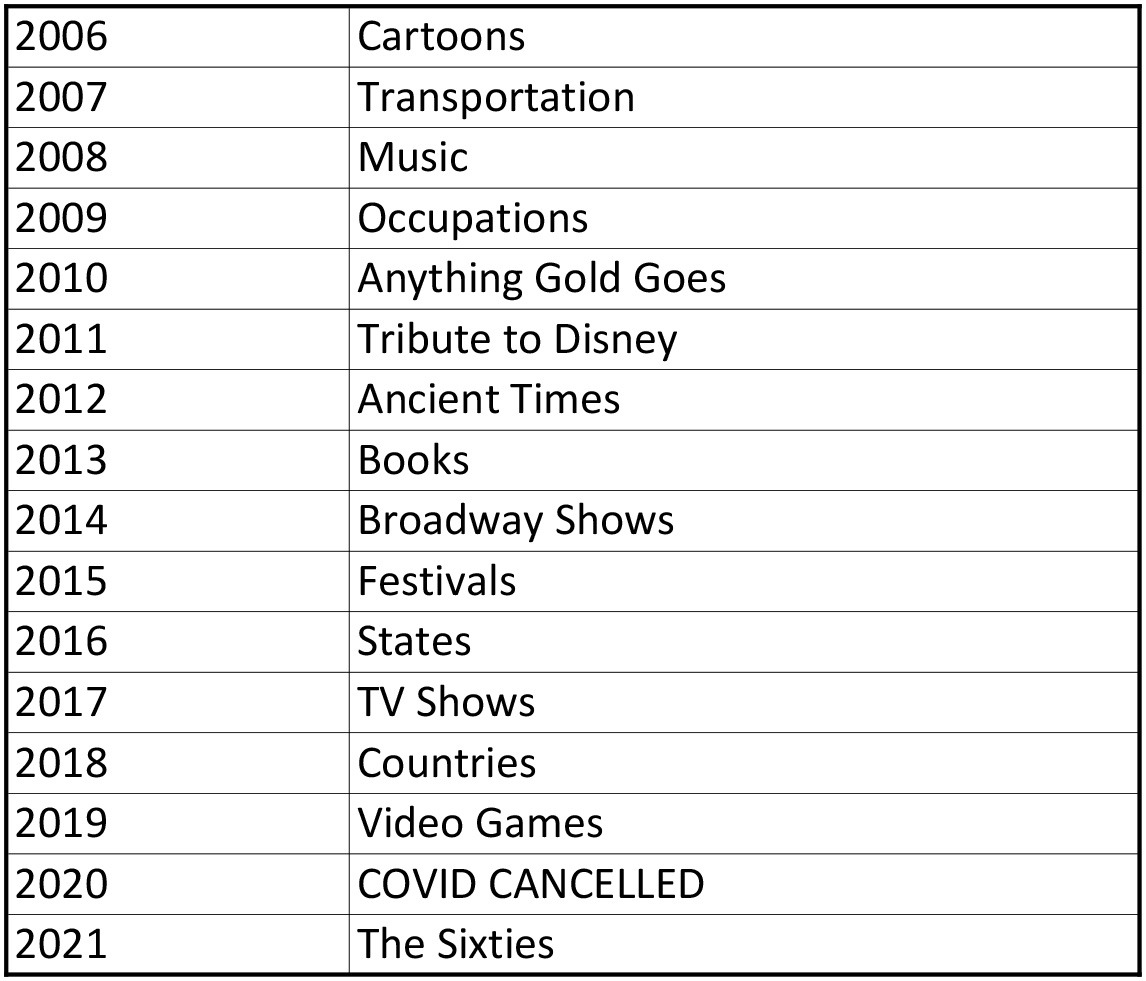 Here are the recently discovered photos of past Raft-O-Rama’s.

The battleship in the photos above was George Svinicki’s creation.  George passed away in 2013, but he left an indelible mark on Clark Lake, not only for his Raft-O-Rama feats, but for his Spirit Trail work.  Click here to learn more about the engineering ability and inspiration that he brought to the lake.