Raft-O-Rama is off to an awesome start.  After last year’s postponement due to the pandemic, plans are moving forward with light speed and will make up for lost time.  On this 60th anniversary of Raft-O-Rama, the theme is: 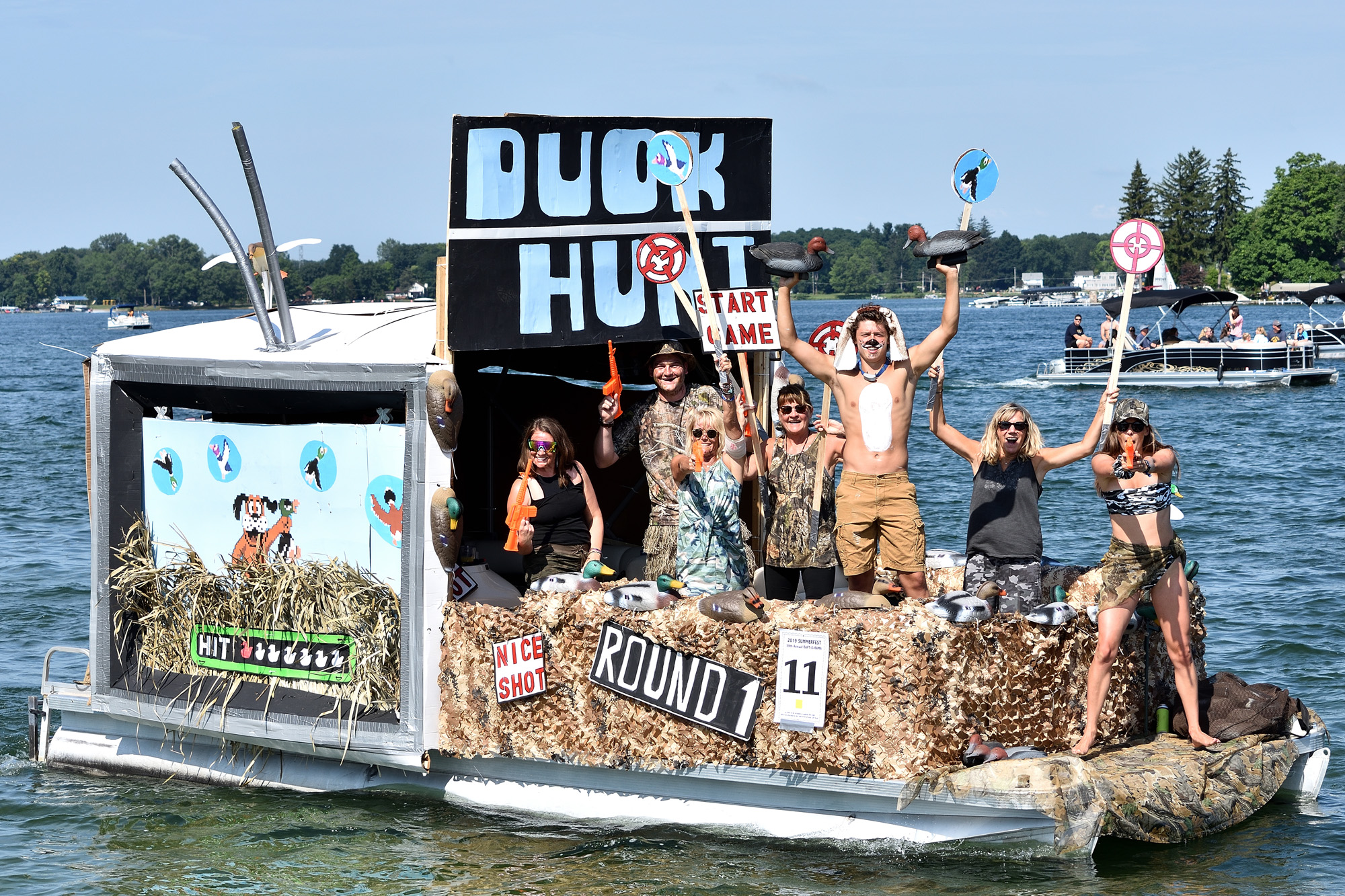 The 60’s brought on massive change. Boomers were coming of age, and they reshaped the world.  As with most decades, it was a mix of emotions. The Vietnam war divided the country, mostly along generational lines.  President John F. Kennedy was assassinated on November 22, 1963.  Later, Martin Luther King, Jr., and Robert Kennedy, JFK’s brother were felled.  Rioters torched Detroit as CKLW accompanied the flames with the Door’s “Light My Fire.”  At the same time, new energy generated tons of fun and excitement. A genre of music, first heard in the 50’s, grew up in the 60’s —and rocked the nation. Beatles charmed young girls with “I Want to Hold Your Hand.”  High school girls fretted about their boyfriends.  Leslie Gore gave voice to it in a song:

Meanwhile, high school boys jammed to the Rolling Stones’ lament about getting no “Satisfaction.”

When I’m ridin’ ’round the world
And I’m doin’ this and I’m signin’ that
And I’m tryin’ to make some girl, who tells me
Baby, better come back maybe next week
Can’t you see I’m on a losing streak?

And the Beach Boys were pumping kids up with an energizing school spirit anthem:

Dion told of Runaround Sue‘s many boyfriends, and then had to admit that it was he who was the Wanderer.  Listen to those two songs back to back for a lesson in love.

The decade began with Elvis Presley, spawned the Beatles and wrapped up with Woodstock. If you need a refresher on the music of the 1960’s, it’s readily available in an app.  Just download iHeart Radio, and search iHeart 60s for an endless commercial-free stream of great hits from the 60s.  At the top of each hour, you’ll hear a smash from the Beatles.  Some of us at the lake were listening to those songs on this radio station:

If you lived in Jackson during the school year, you probably dragged the “Av” and hung out at the Dome.  It was dinner with the family at the Regent.  If you spent winters in Toledo, your hangout was probably the White Hut.  Monroe street was the racetrack between the two White Huts. Then there were the under-21 Michiganders looking for Toledo’s 3.2 beer.

At Eagle Point, roller skating morphed into the Clark Lake Players.  Cal PIttman built the Eagles Nest.  Jon Broderick, Lynn Vermeulen, Lynn’s sisters Kay & Linda, Phil Curtis, Gary & Tony Krupa, Dave Nichols, Charlie Timberlake, Roger Lyons, Buzz Belcher, and other PIne Riders made thousands of passes through the slalom course. They practiced their trick runs (the best did 360’s) and tried for distance over the jump. The Cit Pat tournament at the head-of-the-lake attracted competitors from all over including nearby Devils Lake (while Lake Columbia was still filling with water).  And of course, the spotlight was on Clark Lake for the highlight of the summer—Raft-O-Rama.

Here are some memorable Raft-O-Rama moments through the decades.

The Raft-O-Rama Committee met on Sunday for a planning session.  Stay tuned to this website to learn about the exciting Clark Lake experiences they have in store.