When Raft-O-Rama meets in February, it’s like hearing about the coming baseball season—a sure sign spring is on the way.  Putting Clark Lake’s big event together takes people, time and hard work.  Because Raft-O-Rama stands for “fun”, the committee makes sure that’s part of the plan.  Here they are at the Beach Bar on Saturday, February 26, showing the Clark Lake Spirit. 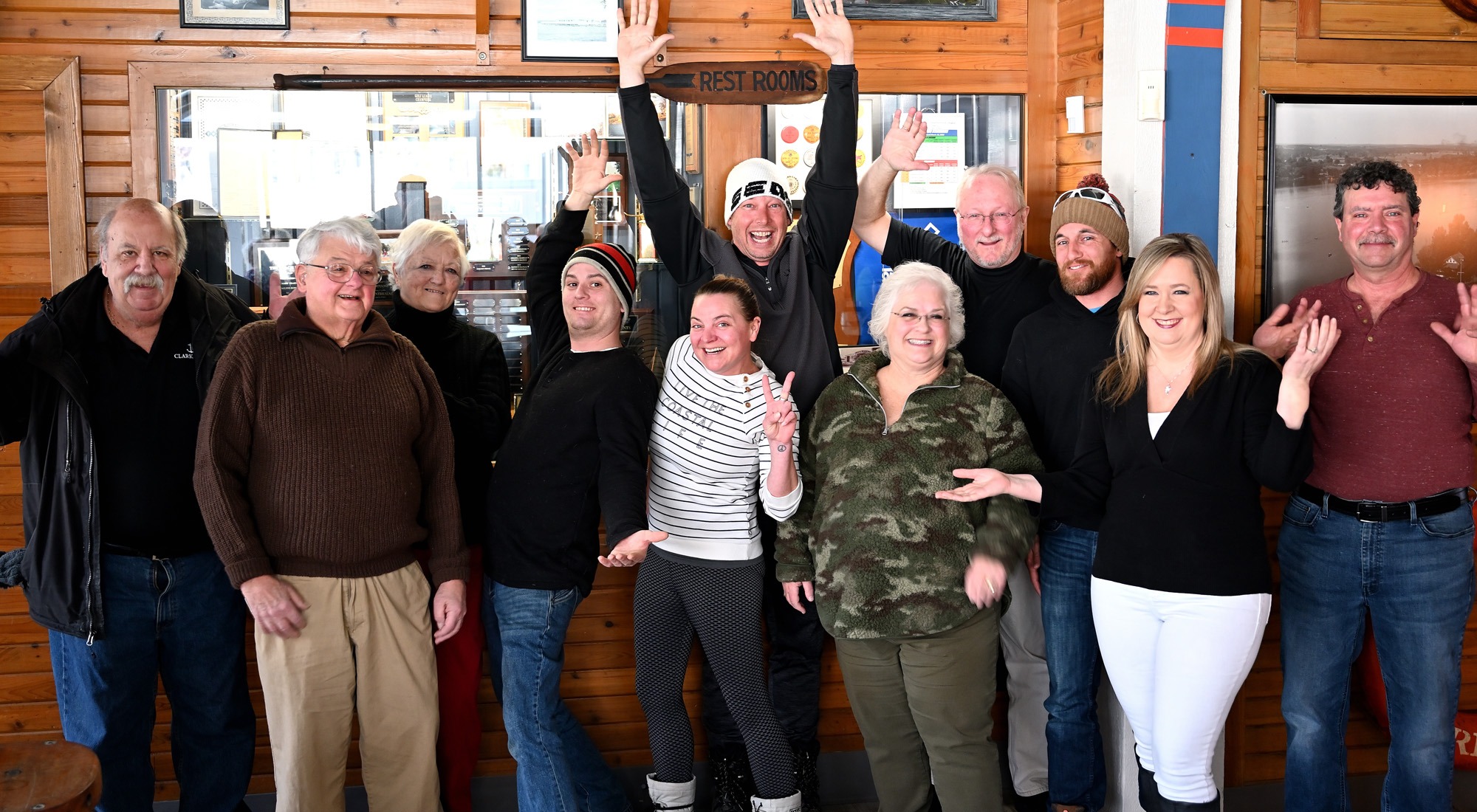 The theme for 2022 will be Landmarks and Amazing Places.  That opens the door wide to all sorts of possibilities.  And as you probably know, the quickest way to brush away the effects of a long winter is to envision what your raft will look like.  At the meeting, the design for this year’s Raft-O-Rama t-shirt was unveiled.  As is the custom, the artwork, look and feel will remain the domain of a precious few until the t-shirts, and other Raft-O-Rama goodies are unveiled  at Doyle’s Market.

To recall the glories of a warm summer day, let’s flashback to Raft-O-Rama 2017.  Skies were cloudy, but the rafts, and people on them, radiated pure sunshine.  Along with that sunshine shone lots of creativity as contestants met the challenge of this year’s theme–TV shows.  It’s amazing how much staying power certain shows retain.  Represented in the parade were three Gilligan Island’s, two Flintstones’, and two Mash’s.  Both the Addams Family and Lawrence Welk were on Clark Lake’s TV screen that summer as well.  All of these shows went into reruns long ago, but remembrances in 2017 showed their indelible impact.