Power to the People

Although “power to the people” sounds like a leftover from a 1960s protest song, today it seems to fit in an entirely different way.  As previously reported on this website in two separate stories, Consumers Energy has embarked on rewiring substantial portion of Clark Lake in what is being called the “Eagle Point Circuit.”  Over the last few months, you have probably noticed the activity along Jefferson Road.  In some cases, only one lane of traffic passed through as crews needed the space to erect new poles and wire them. 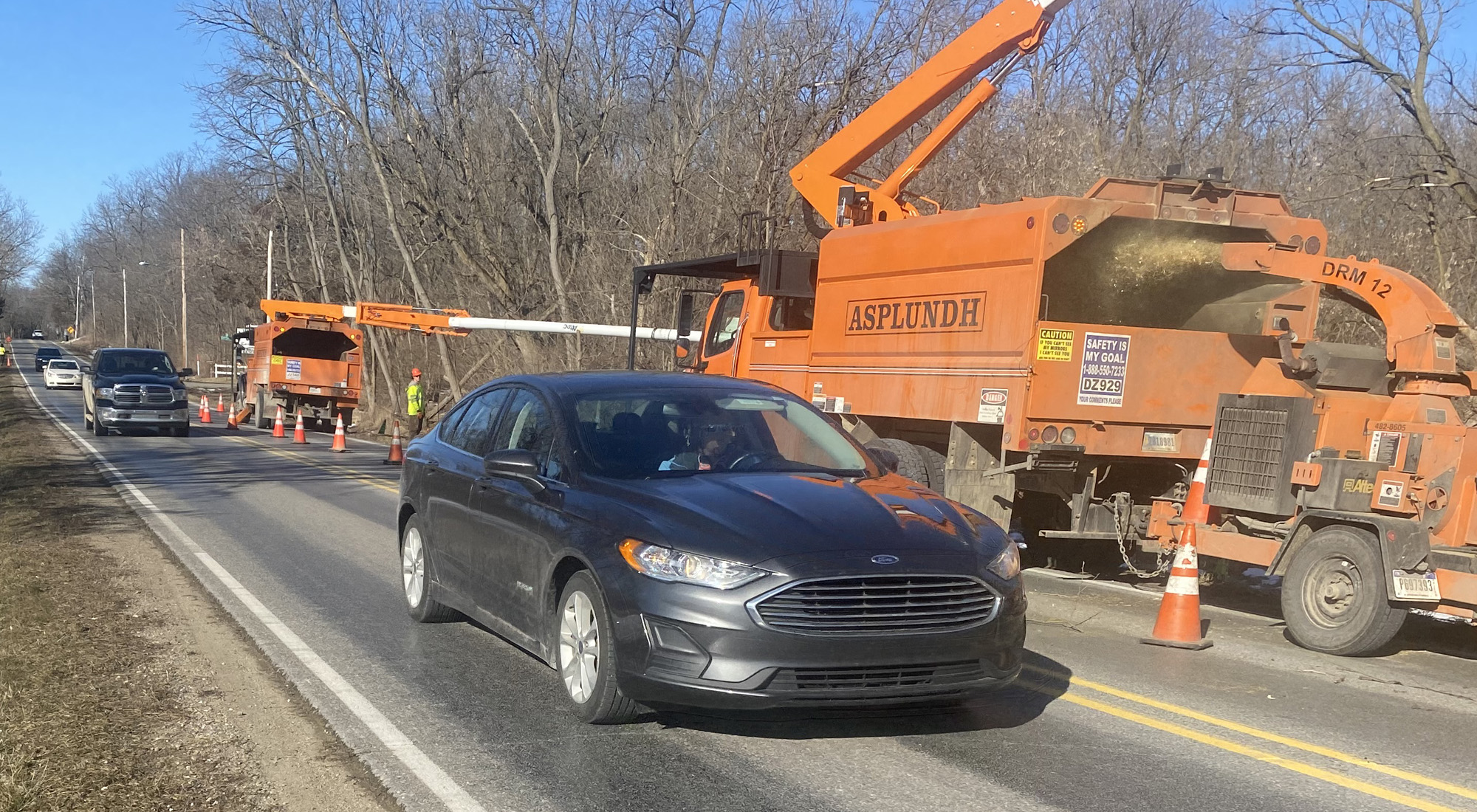 During the same period, tree, tree limbs and brush were cut to eliminate interference with poles and wires.

In the final phase of this project, Consumers is installing about 50 new poles in the Sandy Beach/Lakeview area. Consumers’ Terry Dedoes explains the “new system is being  upgraded in the area from single phase to triple phase…to accommodate the two additional wires being installed. The additional phases will help improve reliability in the Clark Lake area and help reduce the number of customers impacted by some outages.” 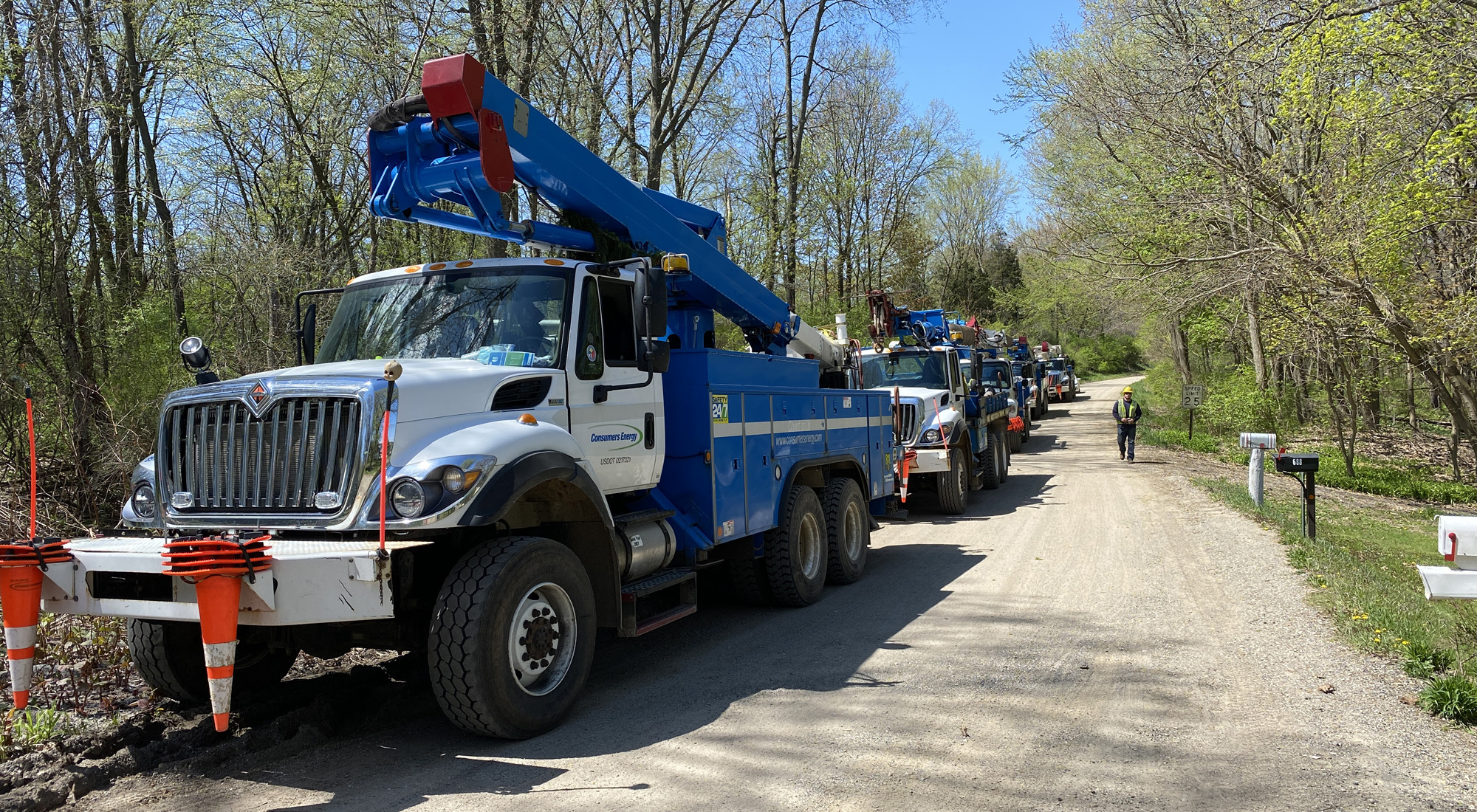 Some poles have transformers attached.  The new poles also get new transformers.  Transformers sometimes get noisy with age, so the buzzing sound should go away where that noise existed. 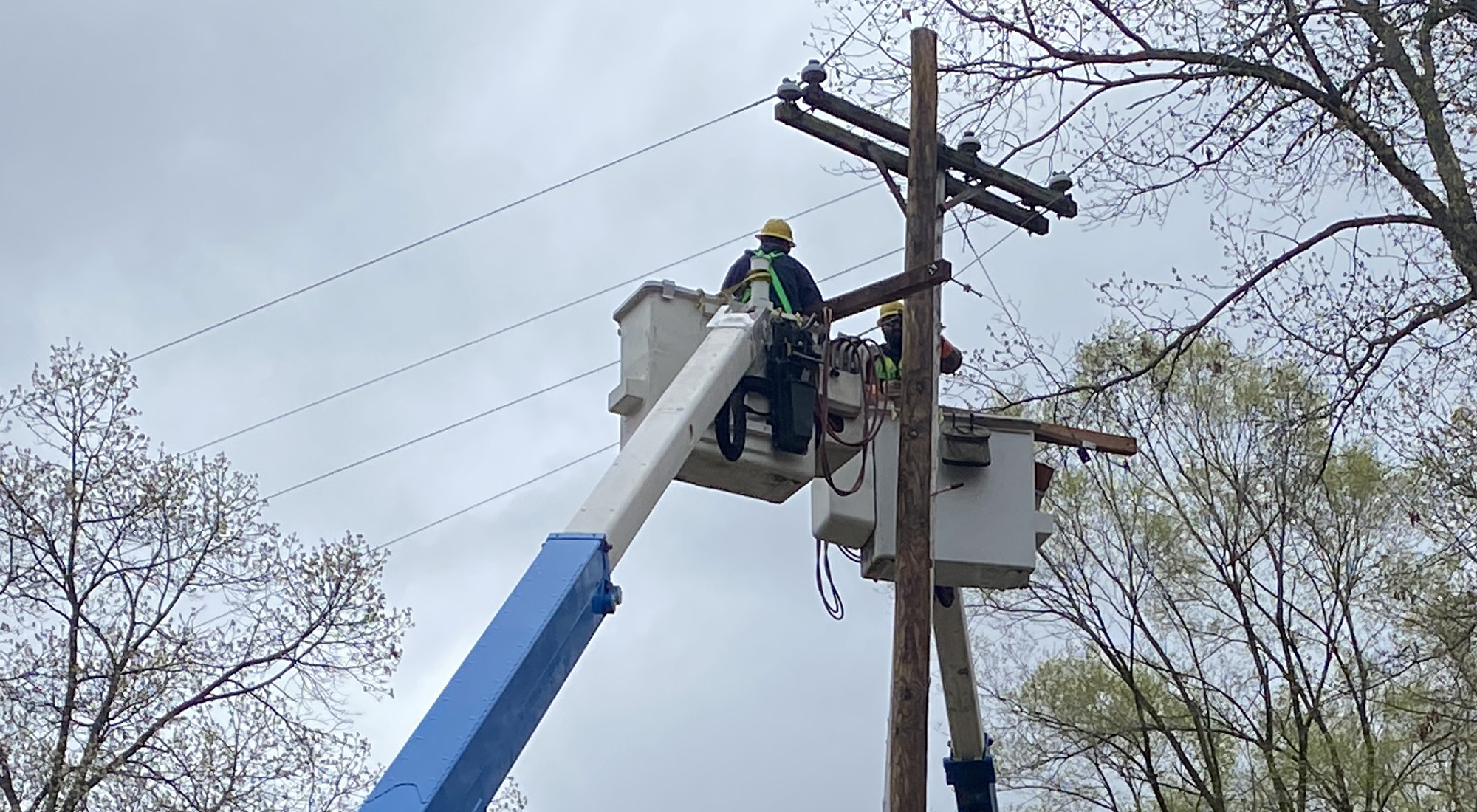 How are these poles installed?  With lots of equipment and manpower.  First, a six foot hole is dug next to the existing pole. Then the new pole is placed in it.  Wiring follows. 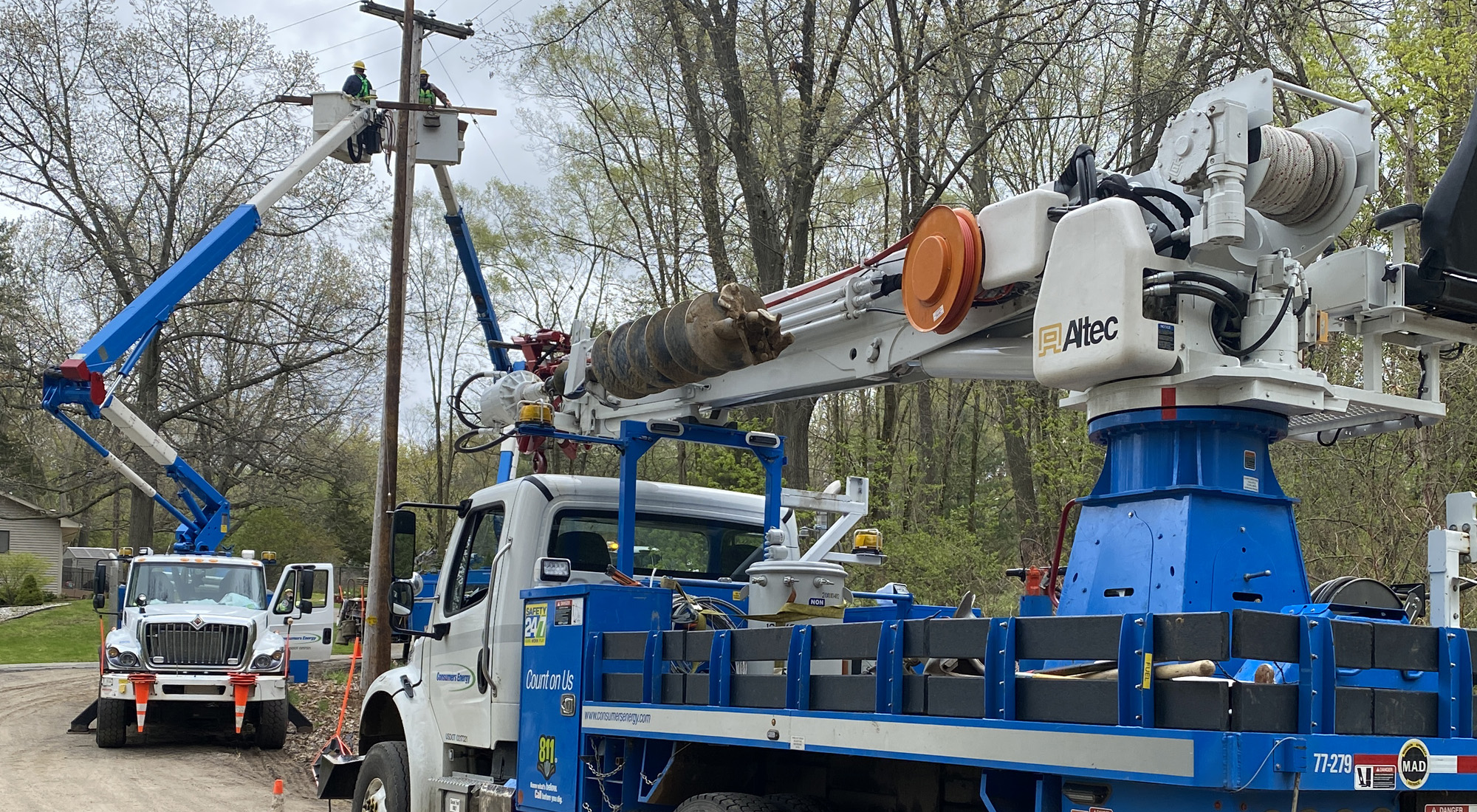 Terry Dedoes adds that during the COVID-19 shutdown, “Consumers suspended work on the project for approximately two weeks while we developed a ‘COVID-19 Safe Work Plan’ and obtained appropriate personal protective equipment. The project then resumed following all safety protocols recommended by the Centers for Disease Control to keep employees, customers and the general public safe.” 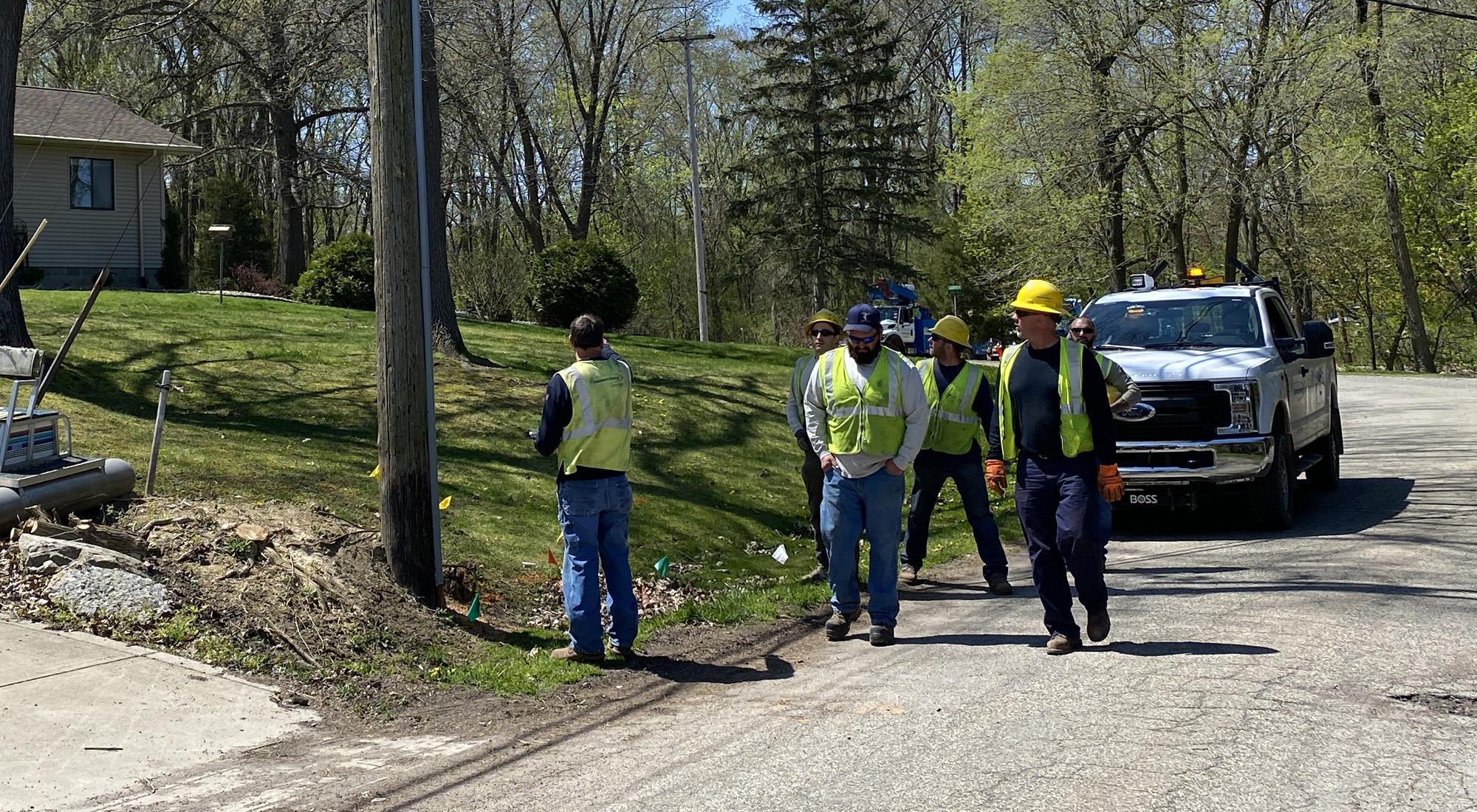