Power Outage: What Caused It?

The outage yesterday (Sunday) affected most of Clark Lake.  The only area that escaped the downtime was a section from where Eagle Point meets Lakeview West to Hyde and North Shore.  This map illustrates the outage at about 8:45 am.

Consumers Energy attributes the outage to “trees.”  That’s not hard to fathom given the heavy rains followed by gusty wind.  Most of the outage ended in about two hours.  Then the outage area narrowed from the Eagle Point Cove to Keast and a few other spots.

Most areas were restored by 2:30 pm.  But why the delay caused some head scratching, including Consumers Energy.  Their crew was searching every nook and cranny.  Columbia Township was out looking as were some of the people who lived in the affected area.  One of the photos below shows John Stewart checking out the lines that run through Jill Bentley’s forest.

According to Consumers Energy, no downed wire could be found.  CE’s Brian Wheeler explains “Sometimes a tree limb will hit a wire and bounce away.  Crews will attempt to visually verify a problem.  After they are satisfied there is no remaining problem, they re-energize the section.”  So the exact cause may never be known.

This limb partially blocked Hayes Drive yesterday morning, but did not appear to affect power lines. 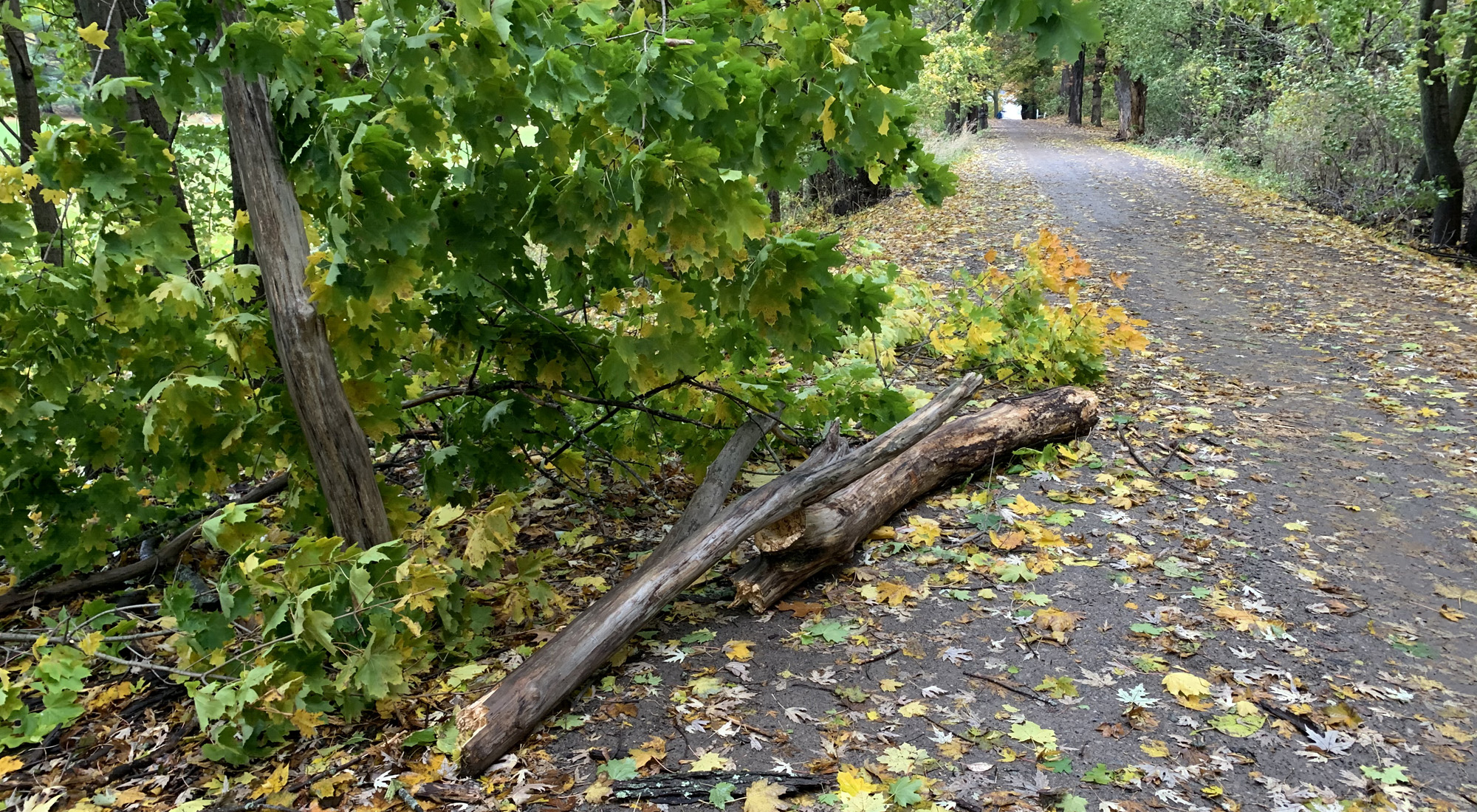 After fixing a problem, CE crews report back when a line goes back in service.  The Consumers Energy Outage Map tracks these developments during an outage.  Brian Wheeler adds there is “about a fifteen minute lag time.”  During an outage, CE will also send you messages that will tell you when power went out and the expected time of restoration.  Click here to learn more.