What started as a police stop for a motor vehicle code violation ended with a high speed chase and arrest, according to Columbia Township Police.

On Sunday, June 5th, at 12:36 am, Officer Jacob Mills attempted to pull over a Chevrolet Silverado just north of Brooklyn on M-50 near Palmer, but “the driver fled from the officer at a high rate of speed heading toward Napoleon.  The pursuit traveled north into Napoleon before ultimately returning south into Columbia Township. The pursuit concluded in the parking lot of the Super 8 hotel in the village of Brooklyn.”

Before the chase ended at the Super 8, it  took many turns, at times hitting maximum speeds of 80 or 90.  Here’s the middle-of-the-night route, according to police.  Once in Napoleon, police report the pursuit continued onto West Street, east on North, south on East, then west on Austin. From there, it went west on M-50 to Napoleon Road, south to Stoney Lake Road, east on Stoney Lake to M-50, then south on M-50 into Brooklyn.  Police say he entered the Country Market parking lot, jumped the curb, drove over the Super 8 lawn into the Big Boy parking lot, exiting onto northbound Main Street, and then headed east on Wamplers Lake Road.  That’s where police say he turned into the Wamplers Road entrance to the Super 8, looped the parking lot, and stopped in front of the entrance. 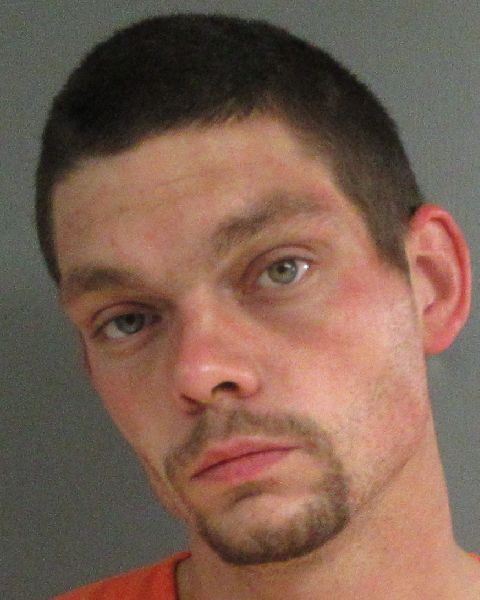 Chief Jay Niles says the Super 8 took action, “the hotel staff immediately put the facility on lock down to protect the guests.”  The event wasn’t over yet. “The driver, the sole occupant of the truck, refused to comply with instruction to exit the vehicle and further stated he was in possession of a firearm.” By now, other police agencies with multiple vehicles were on the scene.  The officers “negotiated with the driver for approximately two hours before he surrendered peacefully at 1:54 am.  The driver was taken into custody and lodged at the Jackson County jail for outstanding felony warrants as well as charges associated with this incident.”  After he was taken into custody, it was determined that he did not have a gun.

“On June 6, 2022, the police report was forwarded to the Jackson County Prosecuting Attorney’s office for review of criminal charges.  The driver was charged with Fleeing and Eluding third degree (felony 5 years) and Police Officer-Assaulting/Resisting/Obstructing (felony-2 years). Columbia Township Police report 26-year old “Dustin J. Picklesimer of Jackson was arraigned before Magistrate Kelly of the 12 the District Court on June 8th, 2022.  Picklesimer was released after posting a $2500.00 bond.”