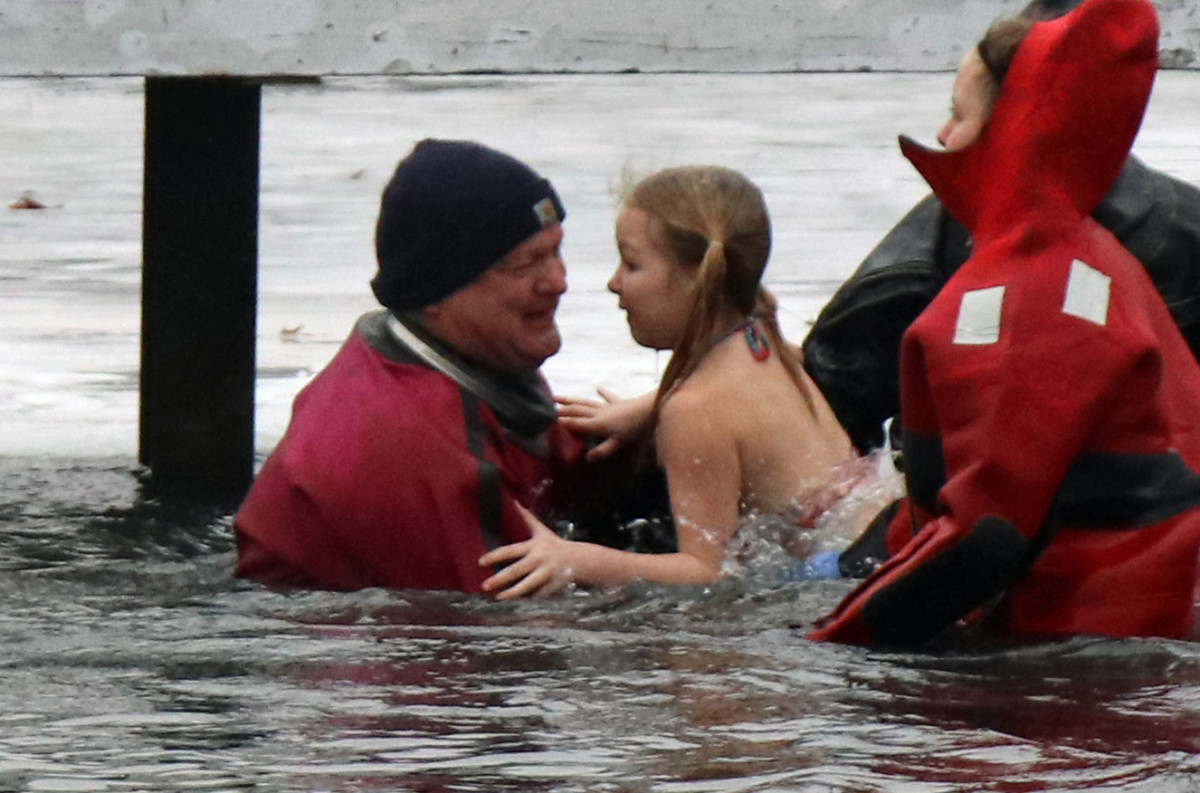 The youngest plunger was only 7 years old

One hundred ninety-seven hardy individuals lined up on the Eagle Point Marina docks to jump into the frigid waters of Clark Lake this morning.  The event was the Polar Plunge to benefit Special Olympics. Plungers paraded their costumes at 10:00 am.  Then the real action began about 10:15 am, when one team after another showed off their real stuff.

Awards and After Splash Bash commenced immediately following the last plunger at the Pointe Bar and Grill.  Jessica Tucker, who photographed the stop-action shots of the jumpers in mid-flight, noticed this year’s activity moved faster. “It seemed like the quickest yet, and that meant there was less exposure to the weather.”  The air temperature was in the high 40s, but the water temperature was brutally cold. The rain held off until the last plunger hit the water. 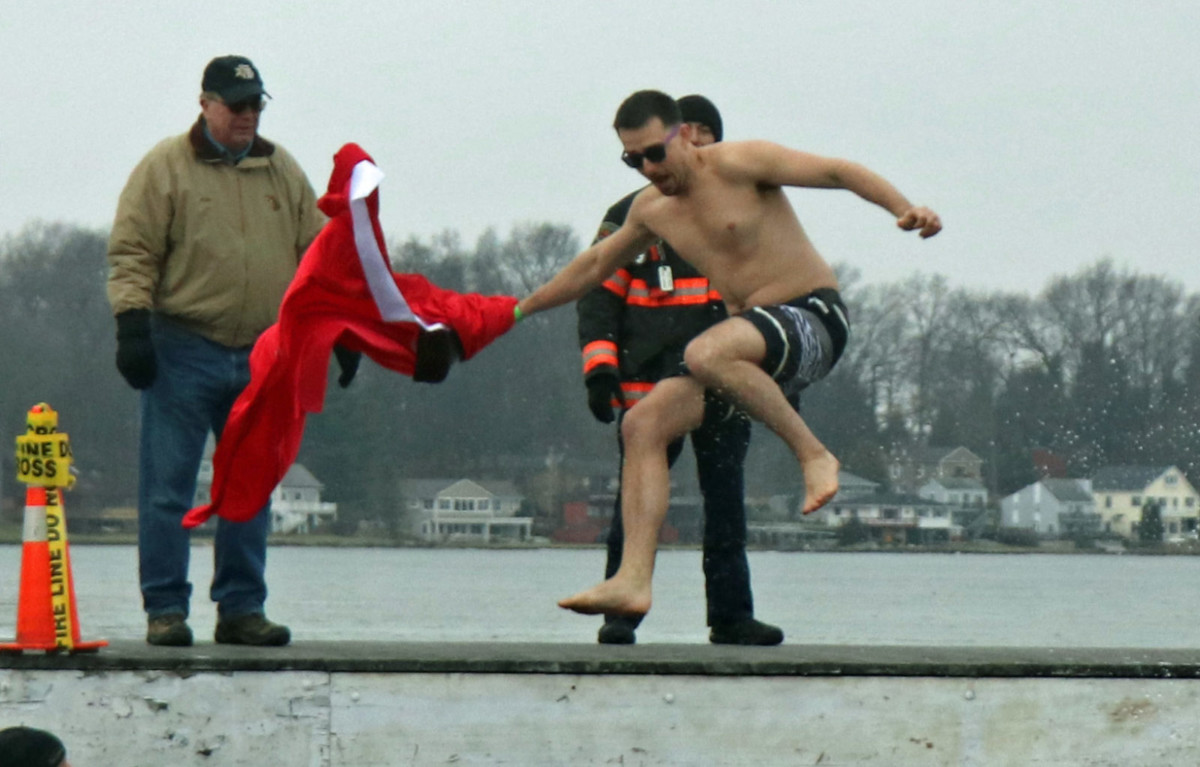 Michigan law enforcement is a big part of the Polar Plunge.  So far, over $23,000 has been raised this year, and that may not include dollars not yet counted.

Starting the coverage is this video provided by Laurie LaZebnik.  Then scroll down for stop-action photos of each team, taken by Jessica Tucker.  Below the photos are the names of participants and their teams, as preregistered. 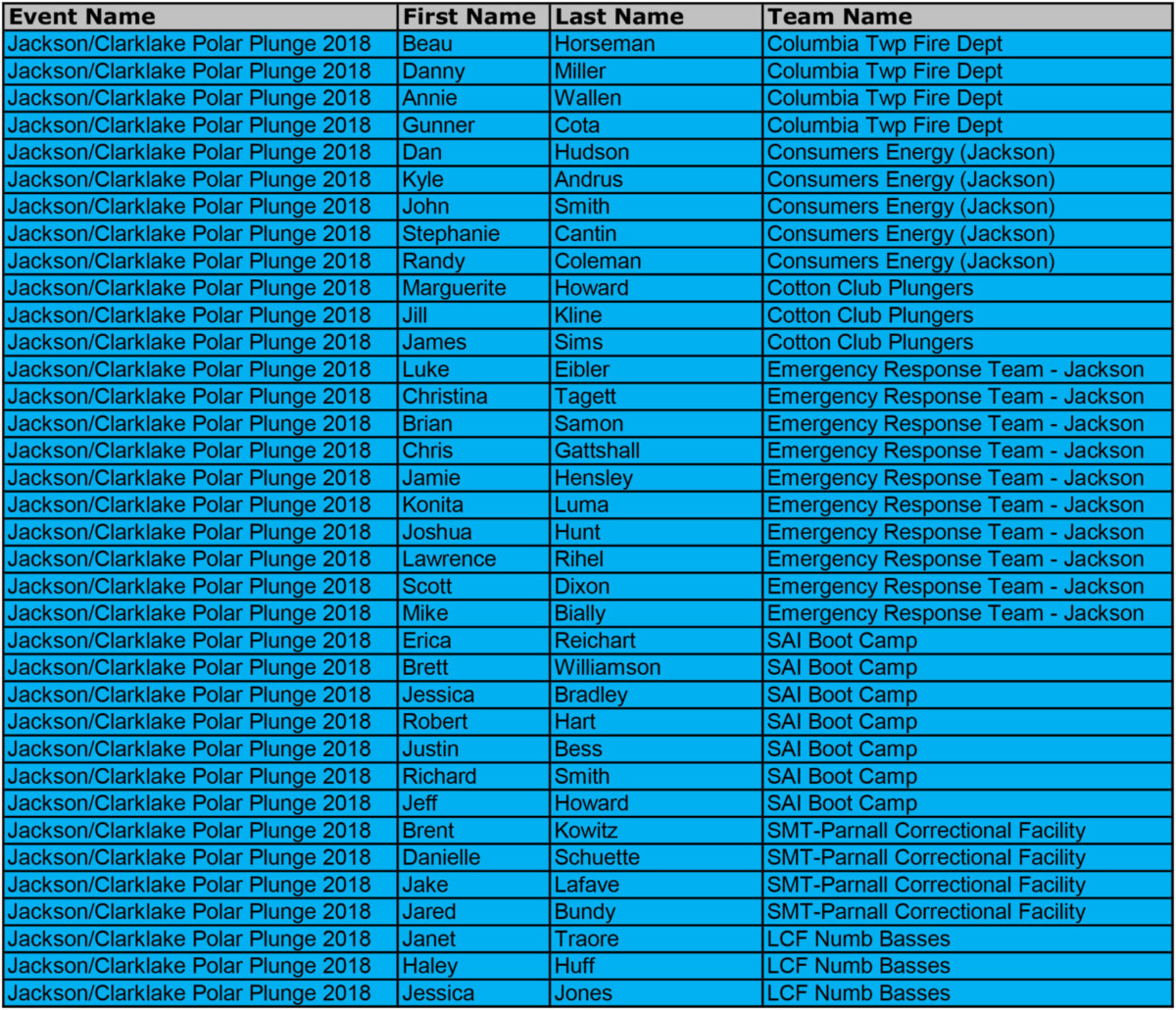 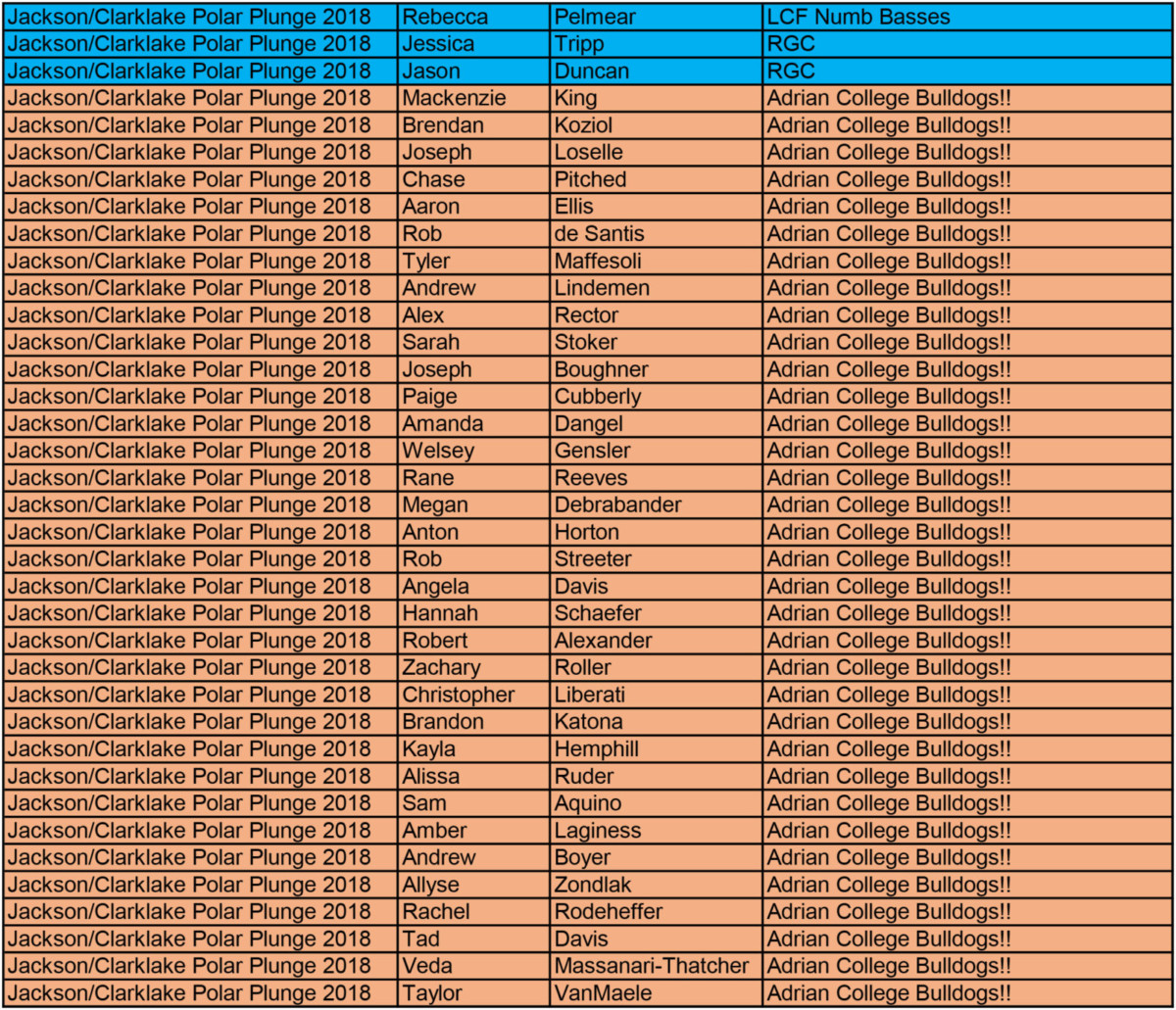 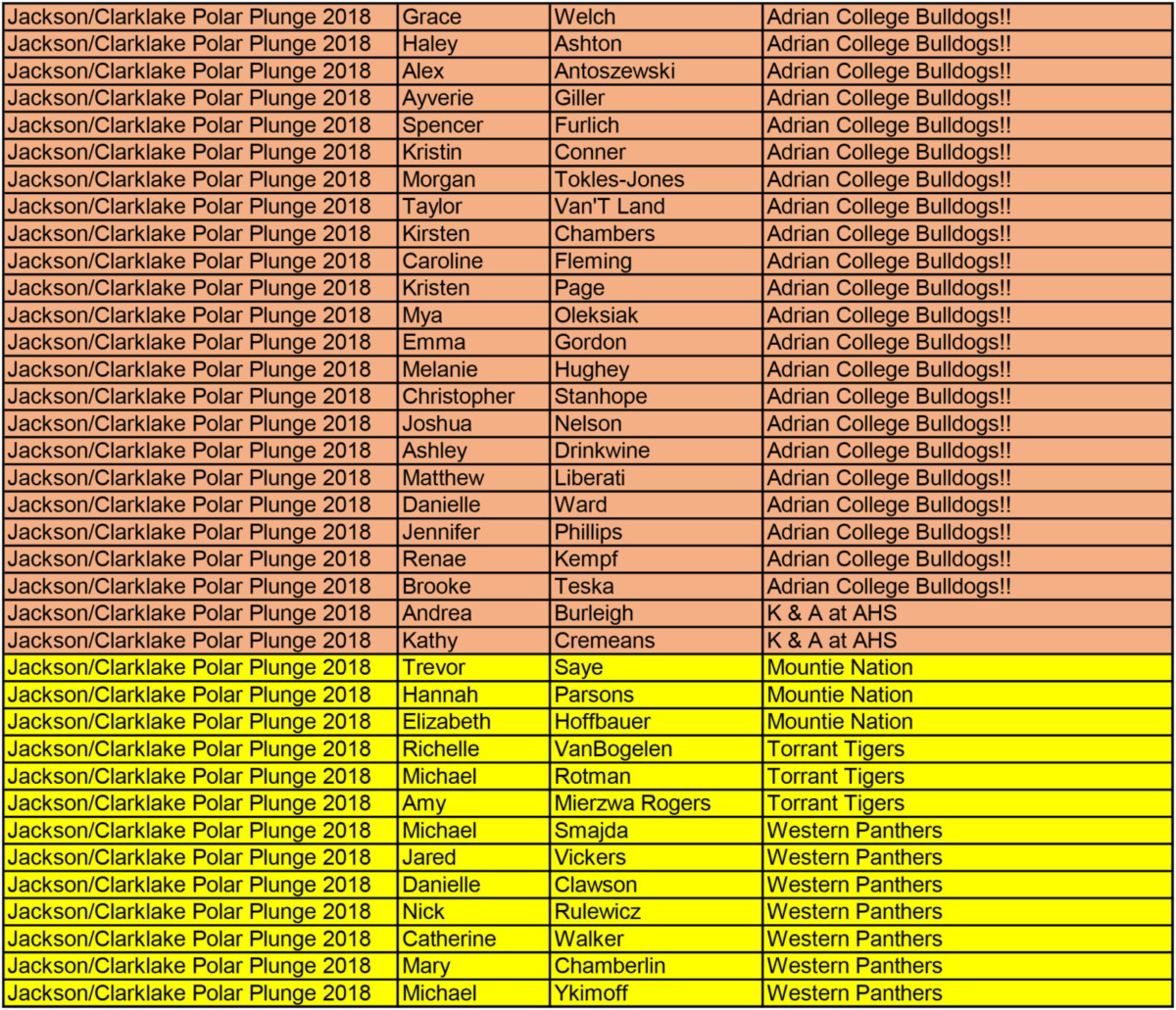 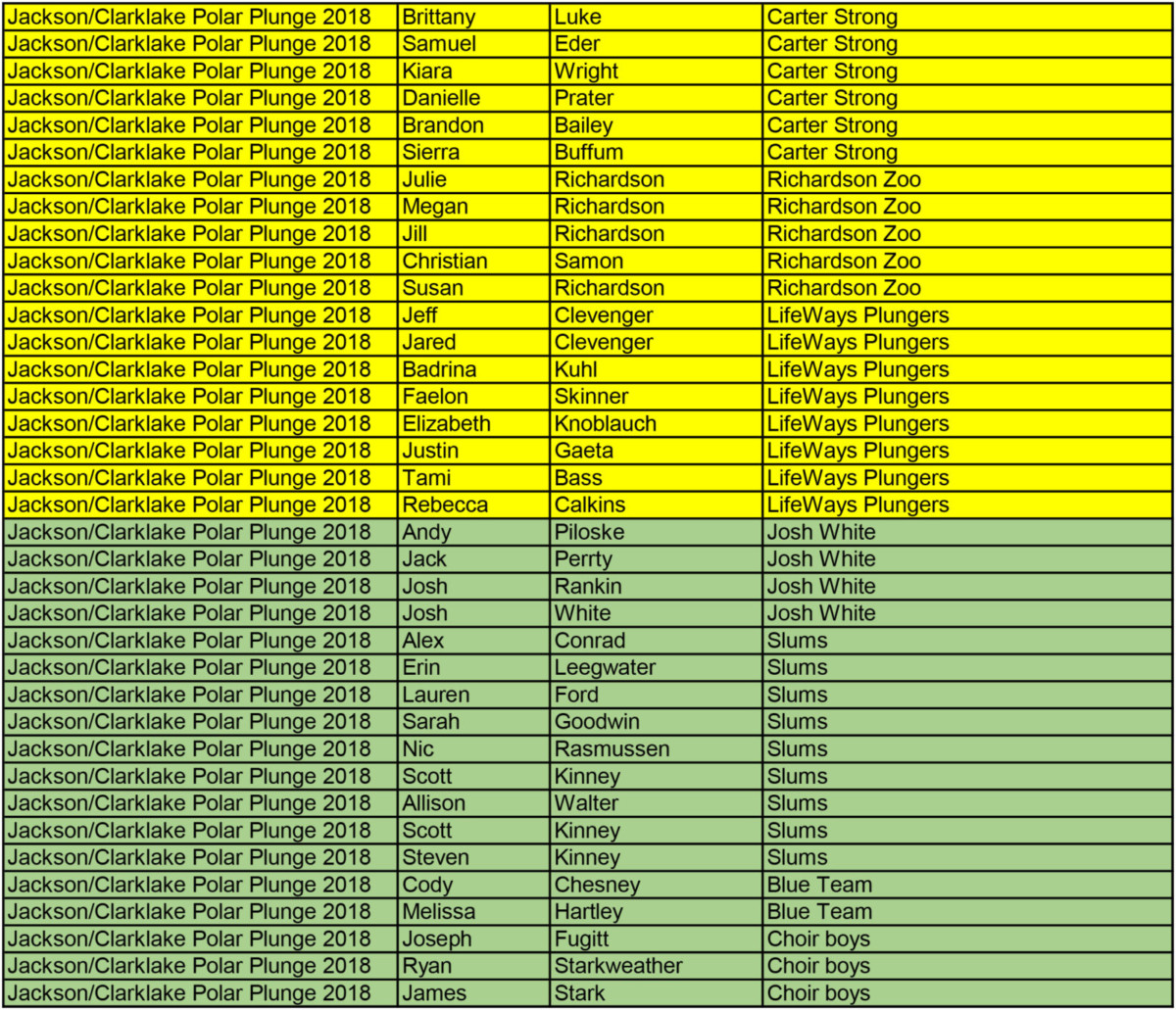 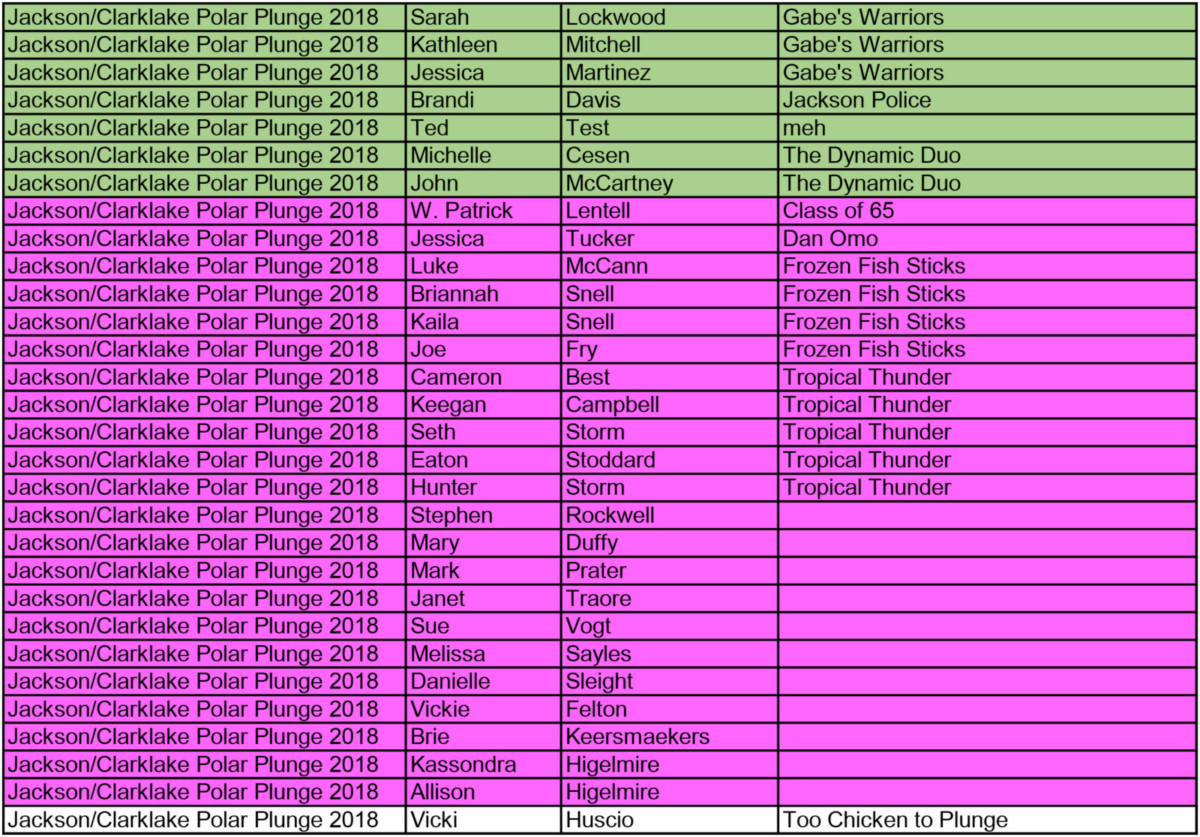