And it’s decorated for Christmas! 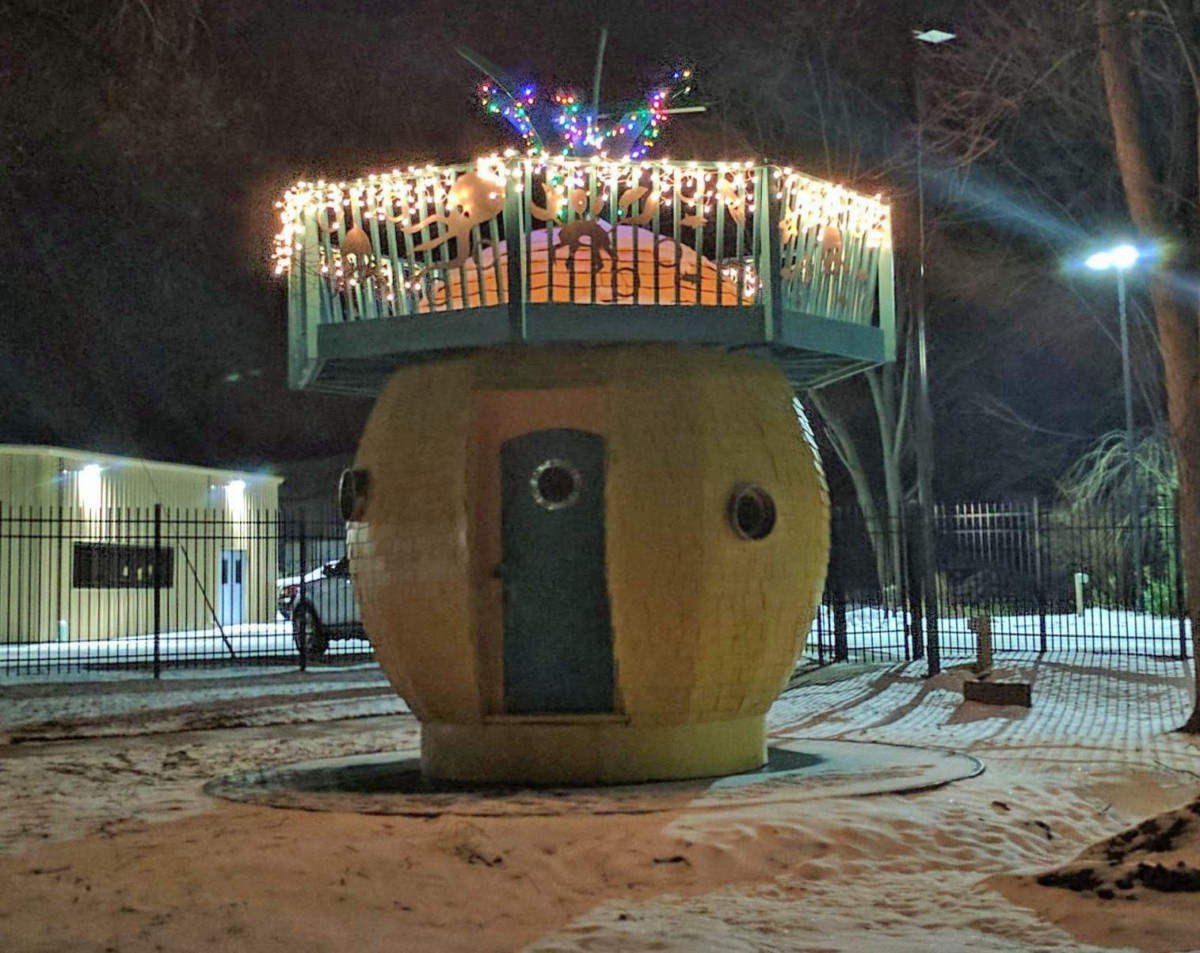 You may recall the pineapple was a Clark Lake visual icon, standing on top of a north shore hill, west end, where it reigned for the last ten years.  For anyone driving around the lake by car or viewing the shoreline from the lake, it was hard to miss.  Terry Cones Luedecking and her husband, Bob, acquired the pineapple as part of a fundraiser.  “It was built specifically to be auctioned at Rosemary Beach, Florida, to raise for money for a children’s charity” Terry recounts.  The couple purchased it there, and hired a flatbed truck/trailer to bring it back to Michigan.  Not surprising because of its size, says Terry, “it was an ordeal!” 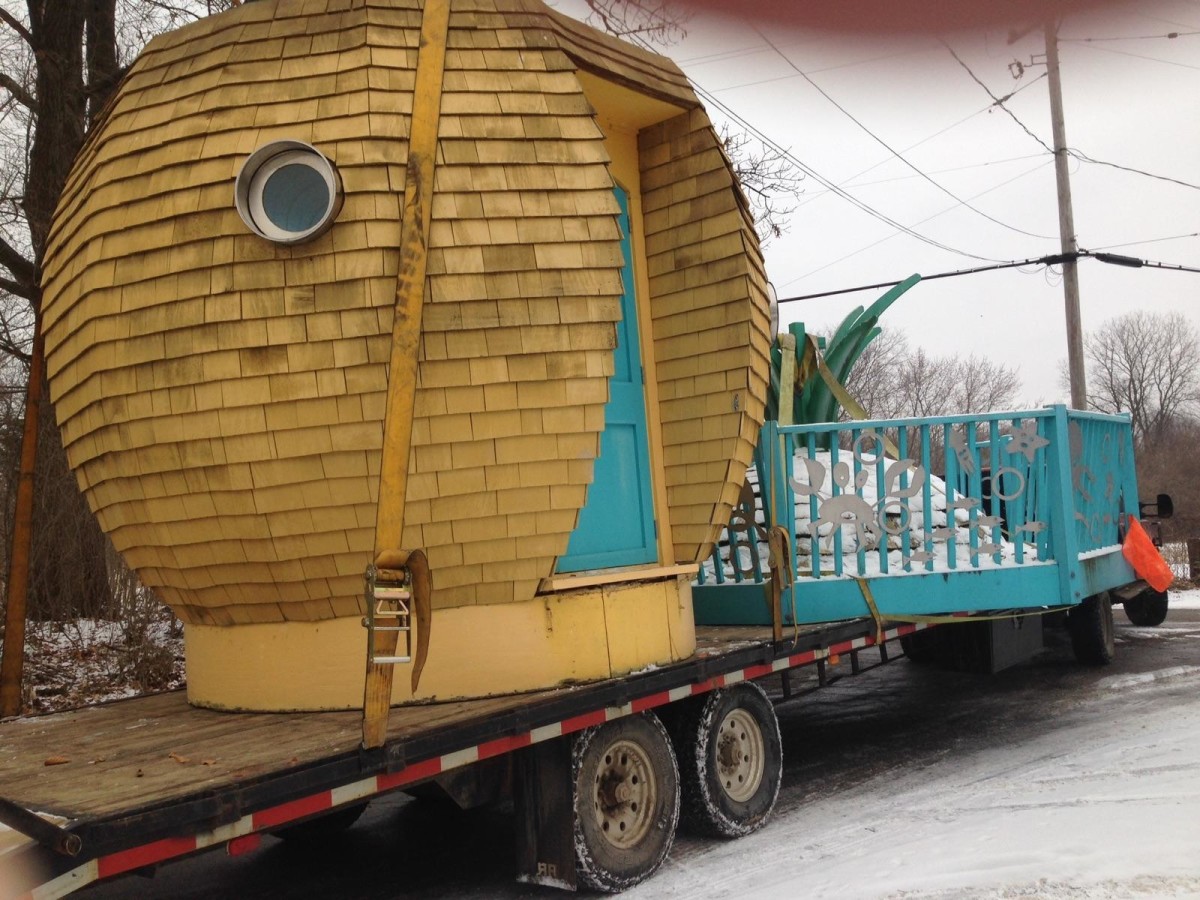 When it was time for the Luedecking’s to say goodbye to the Pineapple, Tom Petitto stepped in.  Tom says that he had been looking for something for “kids to enjoy” while their parents enjoy their time at the Artesian Wells Tavern.  And that’s where it is today–dressed up for the season. 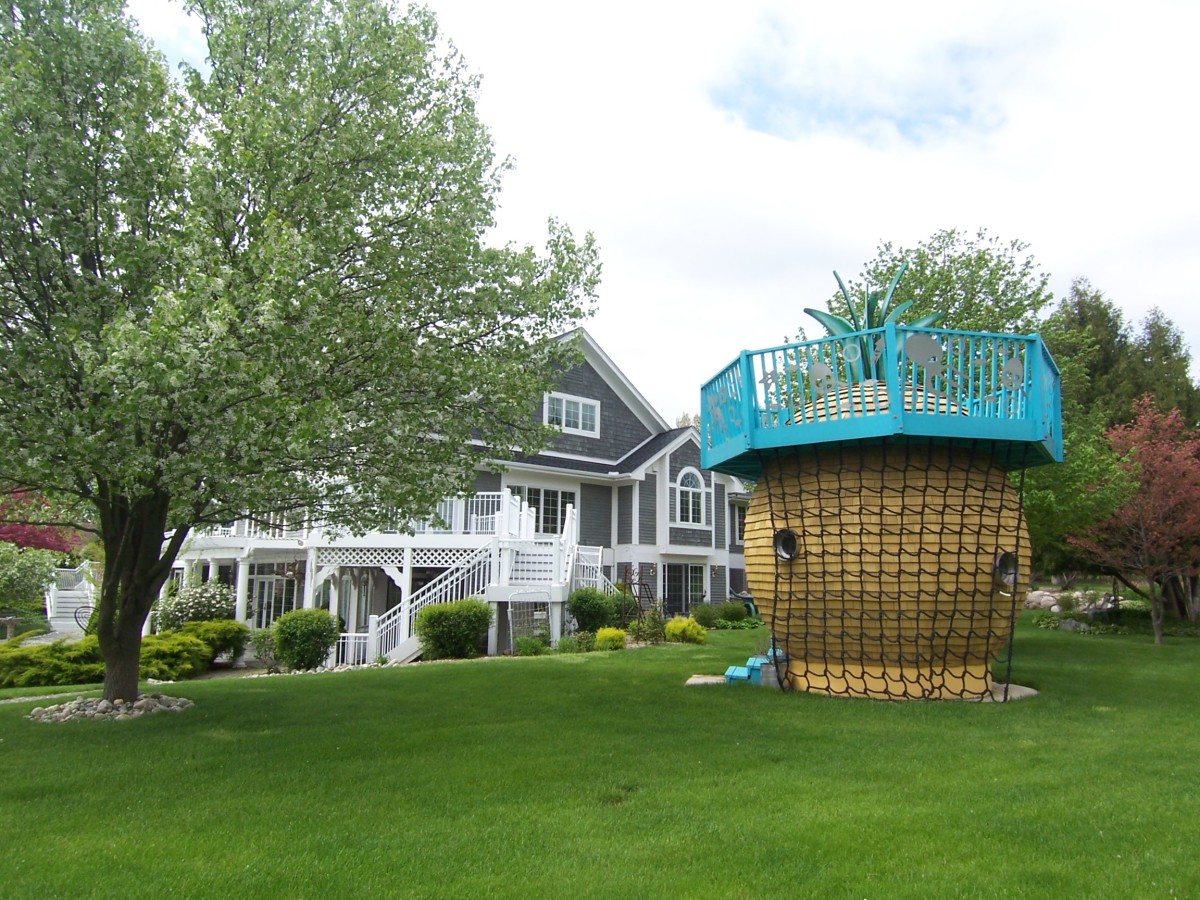 What’s inside?  Terry reveals the surroundings–“a sandbox…and walls are painted to look like its underwater–the pineapple under the sea.”

So after a period of being in storage, it’s once again a great playhouse for kids.