Over the last 24 hours, there were two eye-catching, but very different, natural encounters.  First, an eagle was spotted sitting in a tree at Kentucky Point yesterday (Tuesday) afternoon.  Upon noticing some human activity, the eagle spread its wing and took flight, as you will see in the video.

This morning (Wednesday), the moon appeared in an unusual way.  It set in the western sky in a location where the sun sets in mid-summer.  The orange tint suggests that the atmosphere around the horizon had a role in creating the color. 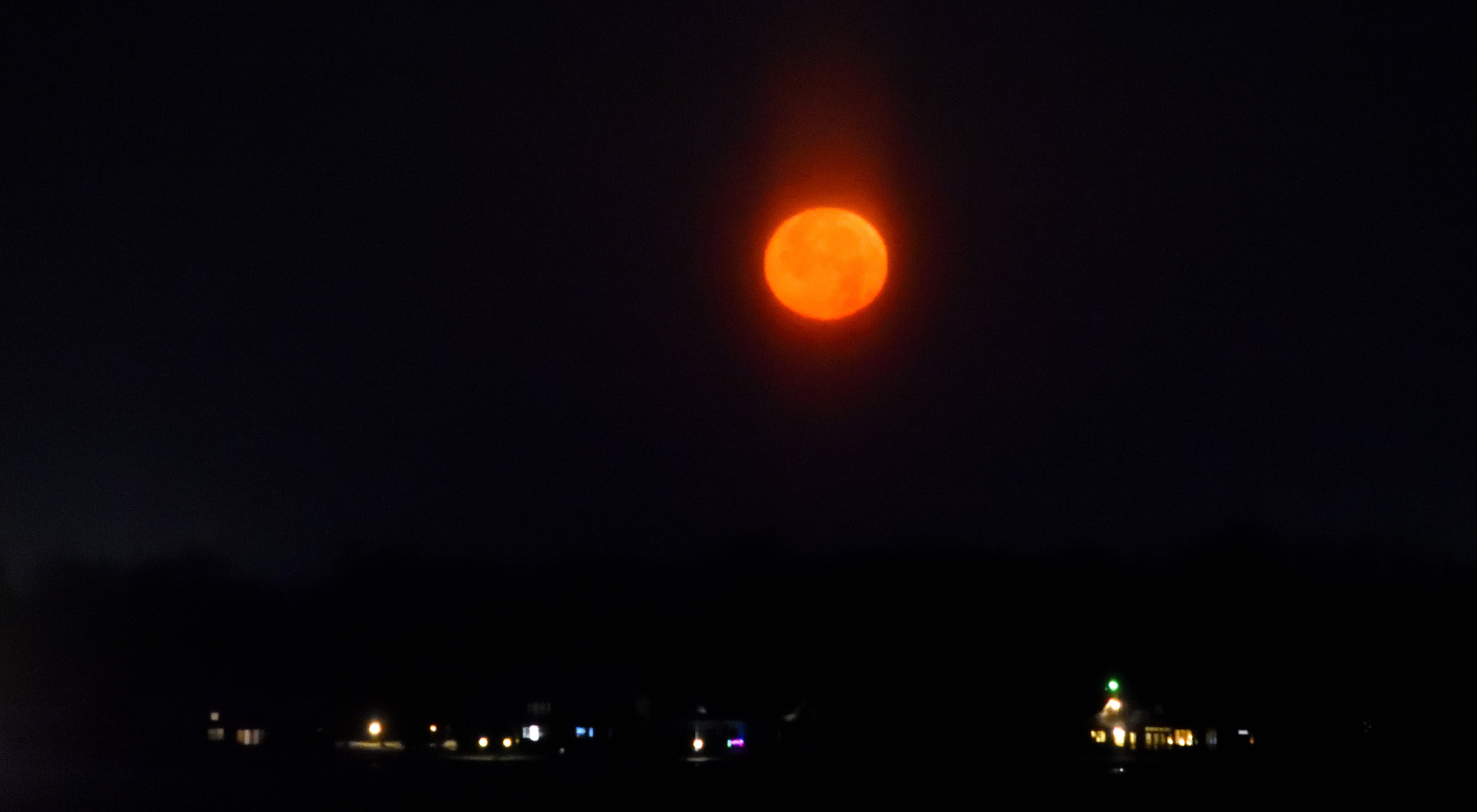 The photo was taken just before 7 am.  A few minutes later, the moon slipped behind the clouds and was seen no more.