A Theme Is Developing

In human history, there is the reoccurring theme of biting off more than you can chew.  It also happens with Clark Lake’s natural encounters.  Today, Steve Lambert and his wife, Lauri, were aboard their kayak at the west end of the lake when they witnessed this.  According to Steve, “Pike eats bass, bass gets stuck in his throat, bigger pike takes a bite out of pike. All left to float… wondering WTH just happened?!” 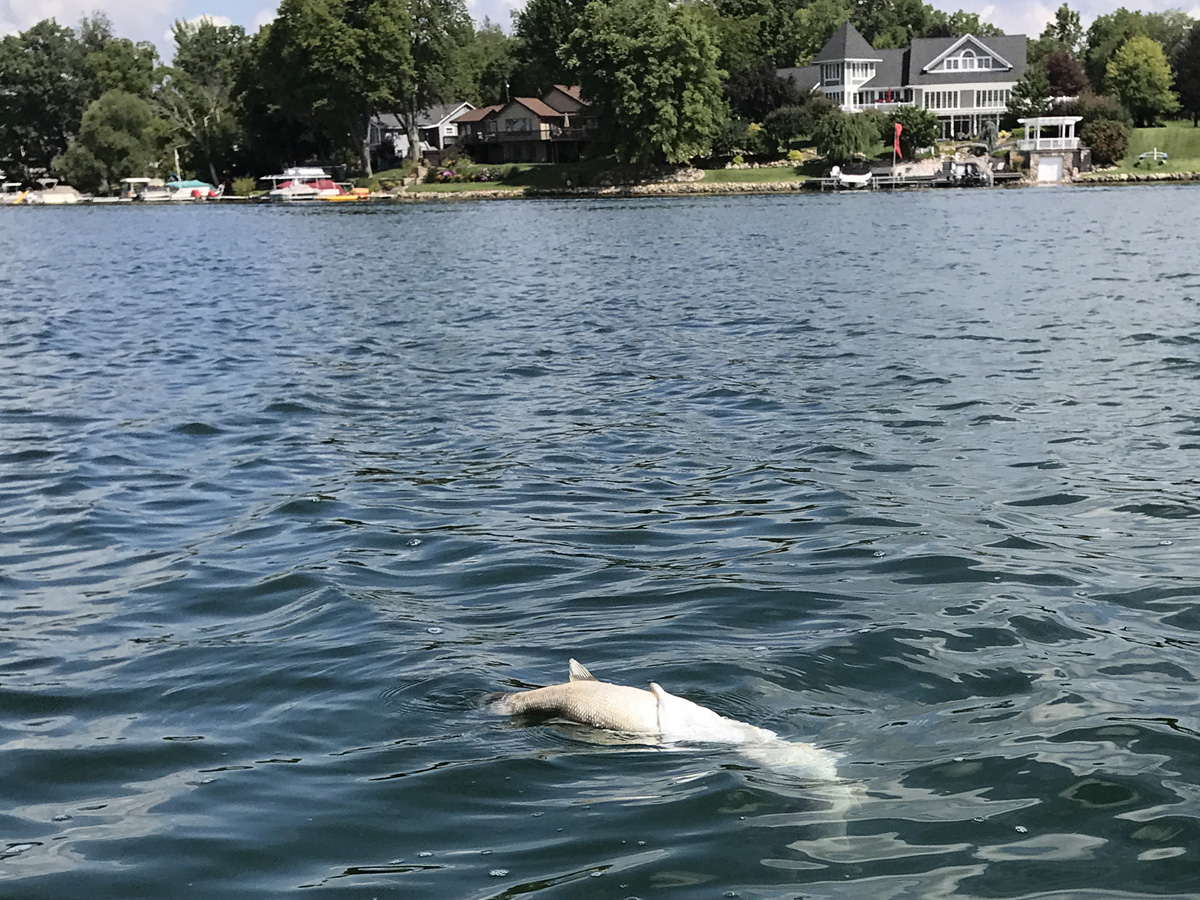 Why is this a theme?

This pike paid the price.  On July 8th, Ron and Beth June’s nephew from Maumee, Ohio, found this pike and its undigested fare floating at the end of their dock.  Steve Krzyminski fished this visual spectacle out of the water and held it up for the photo op.

Pike versus the sunfish.  Which one won?  Ron June says “after the photo was taken, Steve managed to pull the sunfish out of the pike’s mouth, tossed it in the lake, and it swam away!  The pike, however, was a goner.”  Now you know the rest of the story.