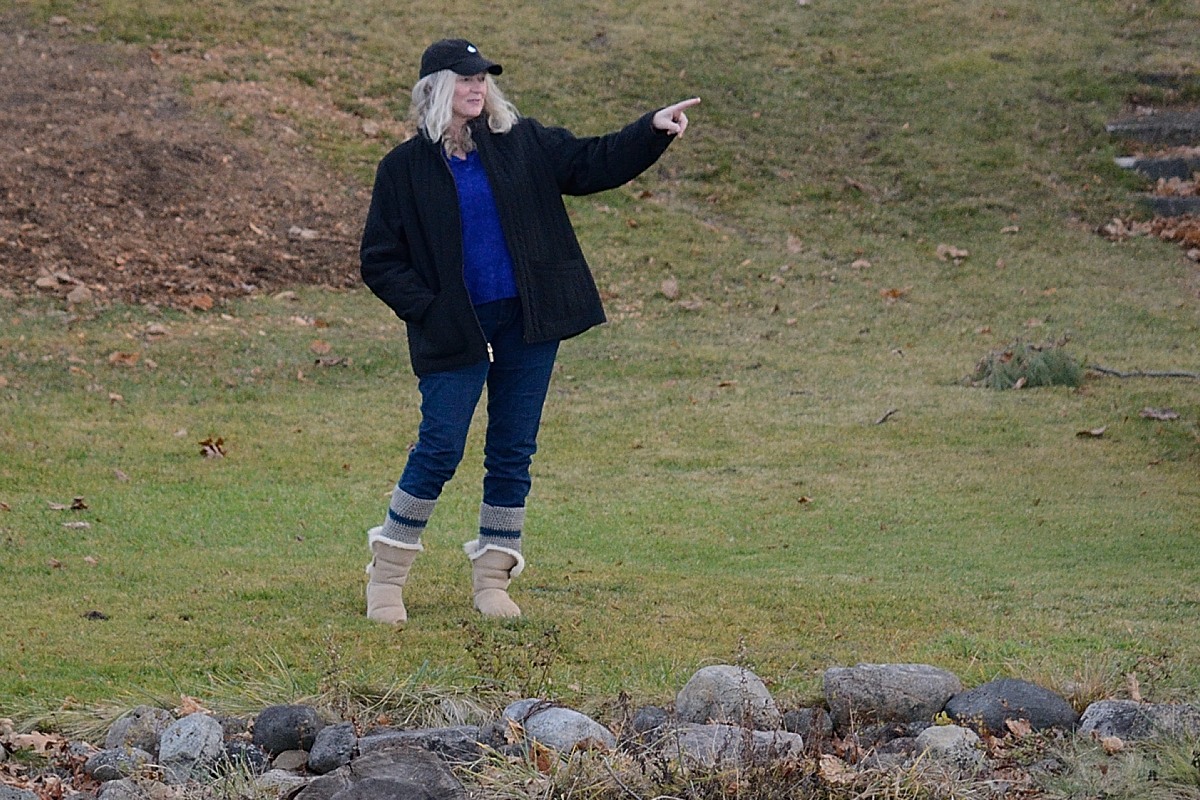 Becky Consonni points in the direction to where yesterday’s commotion took place.

An eagle, just short of adulthood, has been going after some of Clark Lake’s sitting ducks.  Today the eagle was doing its best to grab a meal not far from the Pointe Bar and Grill.  According to an eyewitness the ducks did their best to thwart that objective by hiding under the marina docks.  In its attempts, the eagle put on a show that was visible to guests at the restaurant.

Yesterday, Becky Consonni photographed similar activity at the west end of the lake, south side, not far from the Township Park.  Becky comments that the eagle “missed attempts at a kill after five passes–but he’s getting better at navigation.” 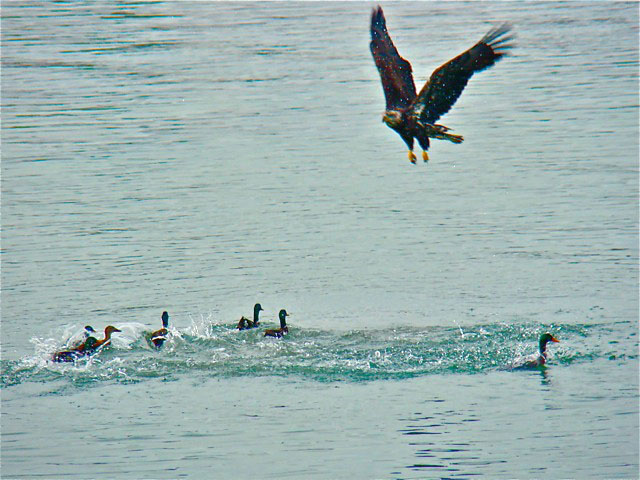 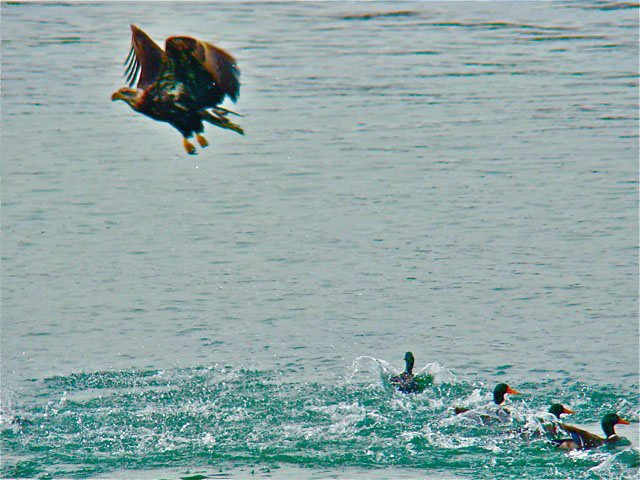