Putting the Eagle Back into Eagle Point 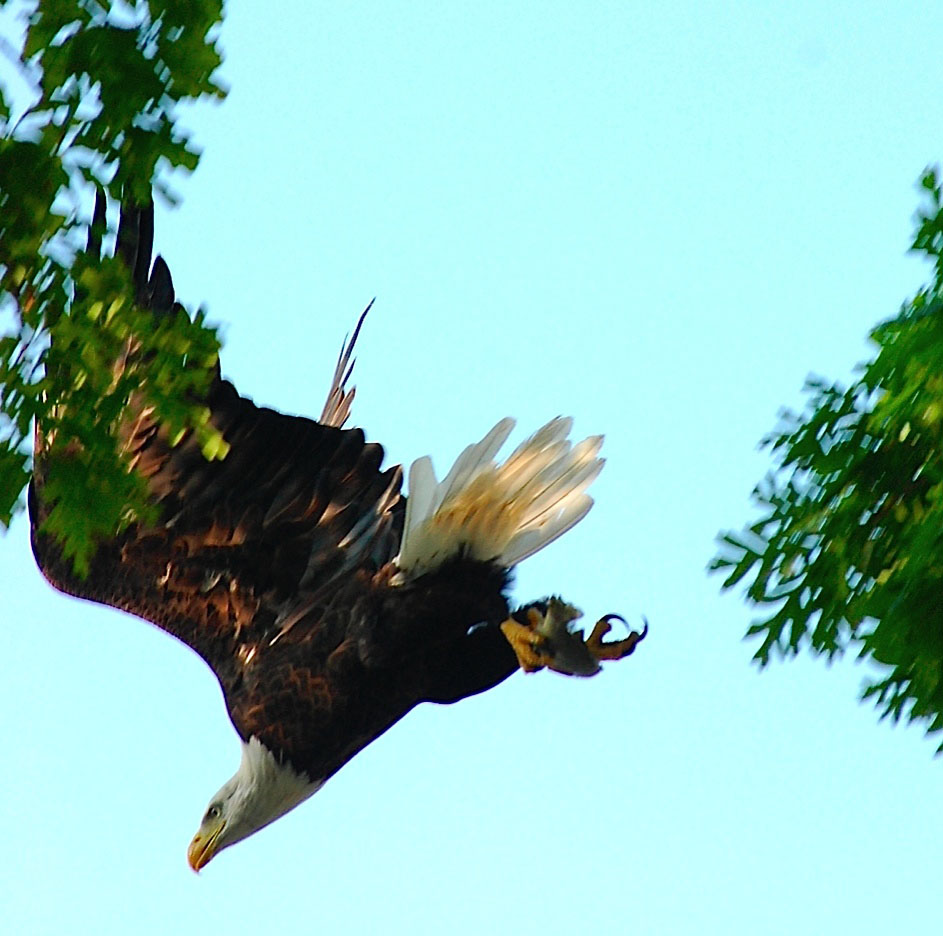 John Stewart caught this magnificent predator in action along Eagle Point. John says the “eagle landed in the tree along Eagle Point [Wednesday] night with a bluegill.”  John was able to capture the moment as the eagle flew off to the west where it landed near Eagle Point Marina.

Eagles are sometimes seen on the ice during the winter feasting on whatever nature has left behind.  But this summer sighting is more unusual.

“Great shot, John. I have seen a few bald eagles flying around the lake at times, but have never seen one catch a fish or land in a tree. Hope he sticks around!”