A Clark Lake fish recently illustrated a tenet of human philosophy.  In elementary school, teachers warn you about biting off more than you can chew.  In this Clark Lake moment, Mr. Walleye tried to ingest a fish he thought he could swallow.  Once the walleye grabbed onto the fish, he may have realized the trouble he was in and probably attempted to spew the fish from his mouth.  But alas, the spiny dorsal fin of the prey would have expanded making it impossible for the predator to expel his catch.  Thus he was found in this sad condition by John Deming, Flip Reynolds and Rick Belcher out for a early morning raft ride looking for invasive weeds (more on invasive weeds in another story). 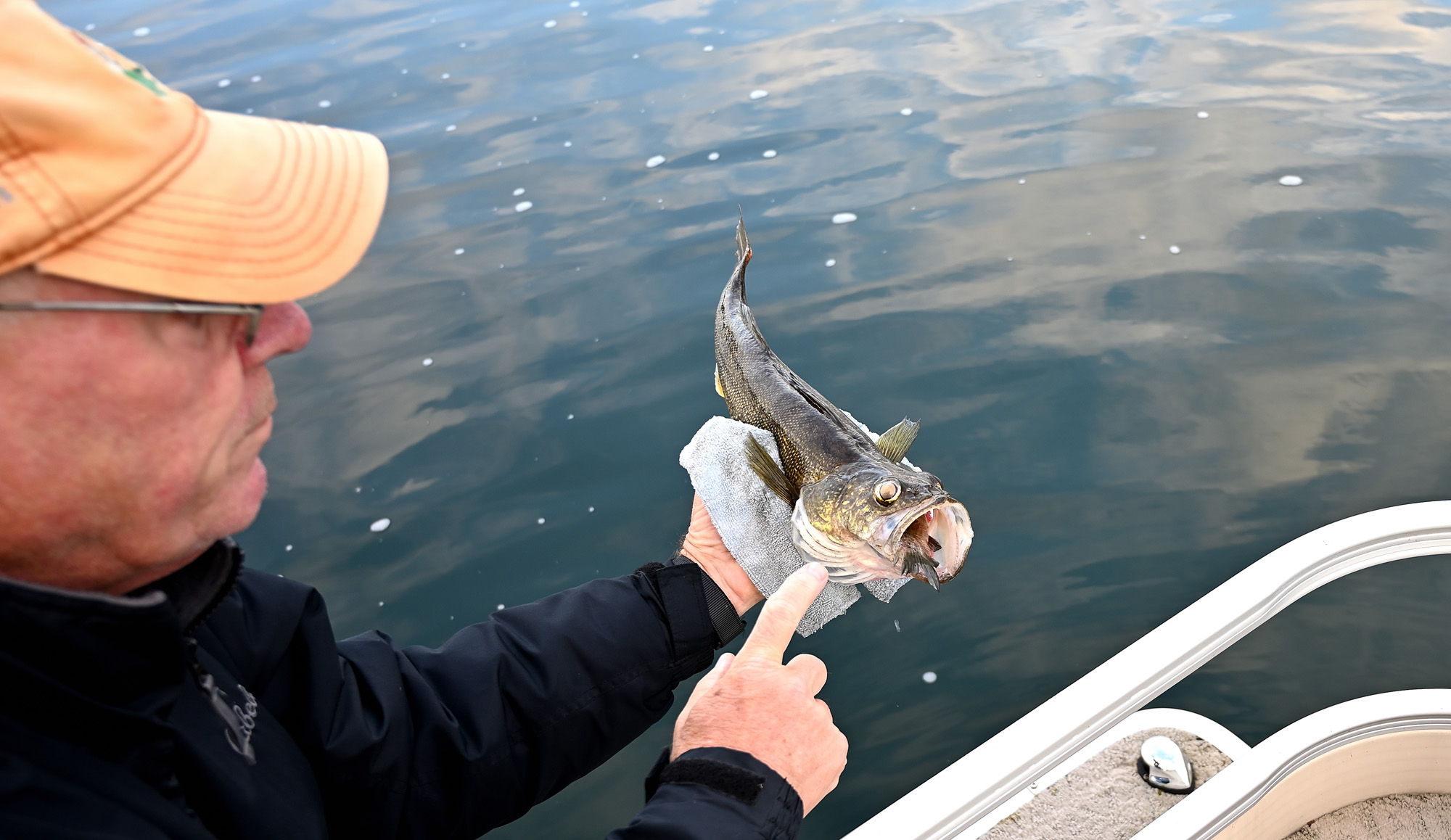 In the photos below, you can see the approximate location where the unfortunate fishes were found, followed by John Deming and Flip Reynolds in conversation.

From out of the mouth of fishes, manifest truth or another human bromide?  You decide.