The payoff for keeping an eye on the sky is catching eagles in action.  Clark Lake has had its share of sightings, including this one from today.  Cody King captured this eagle’s rendezvous with ducks and geese today.  Other than a few wing flaps and verbal exhortations, the prey seemed nonplussed.

Just after Will Stewart and Chase Fors dried off and left the scene of their jump into the icy Christmas day waters, an eagle flew over nearby.    Reptilian pterodactyls from the age of dinosaurs had a wing span of 36 feet.  This eagle fell short of that, but its wingspan was clearly impressive compared to what you typically see here.

On Saturday, December 19th, Rich Bacon noticed two eagles hanging out on the ice between Kentucky and Eagle Points.  He captured the event in these two photos. 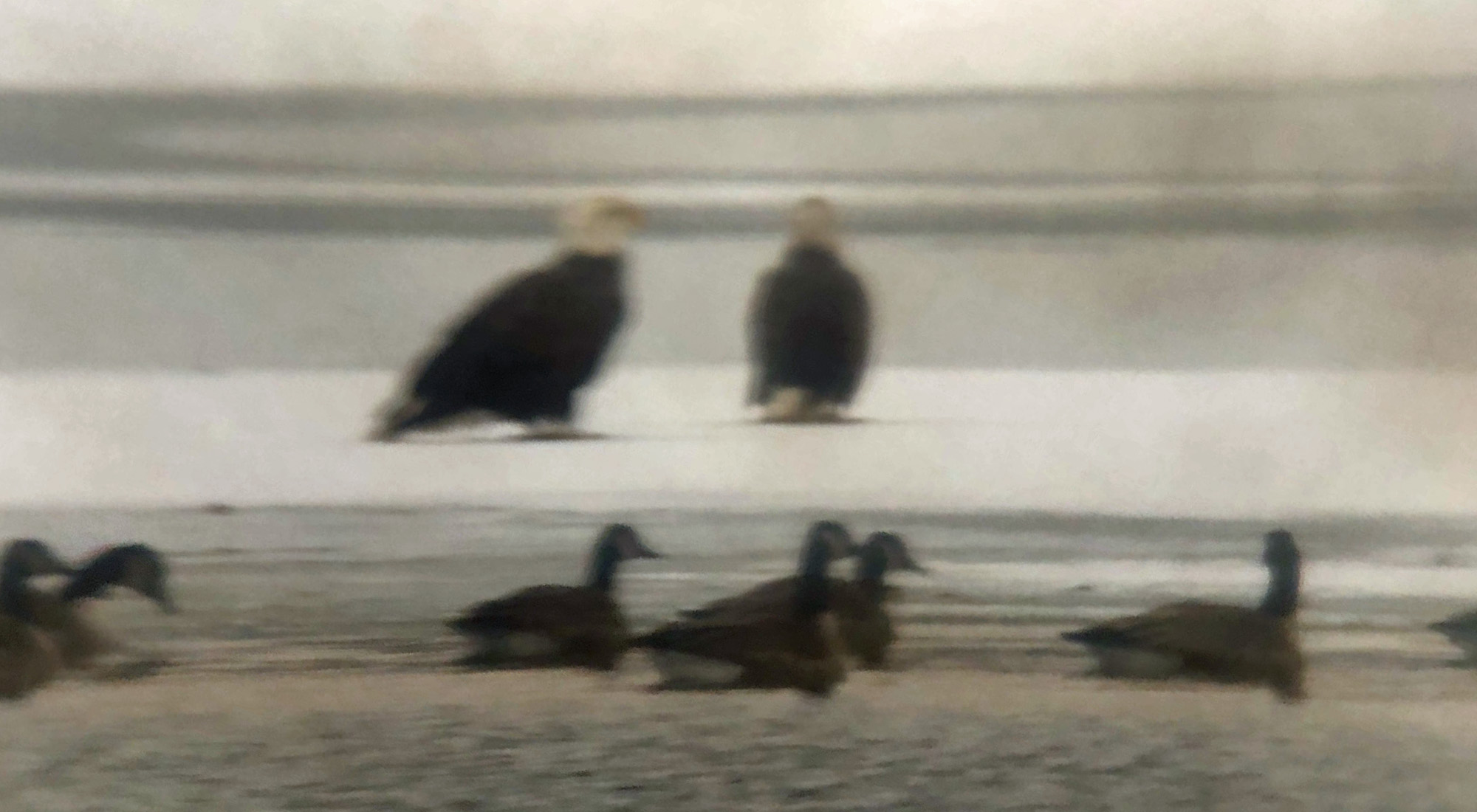 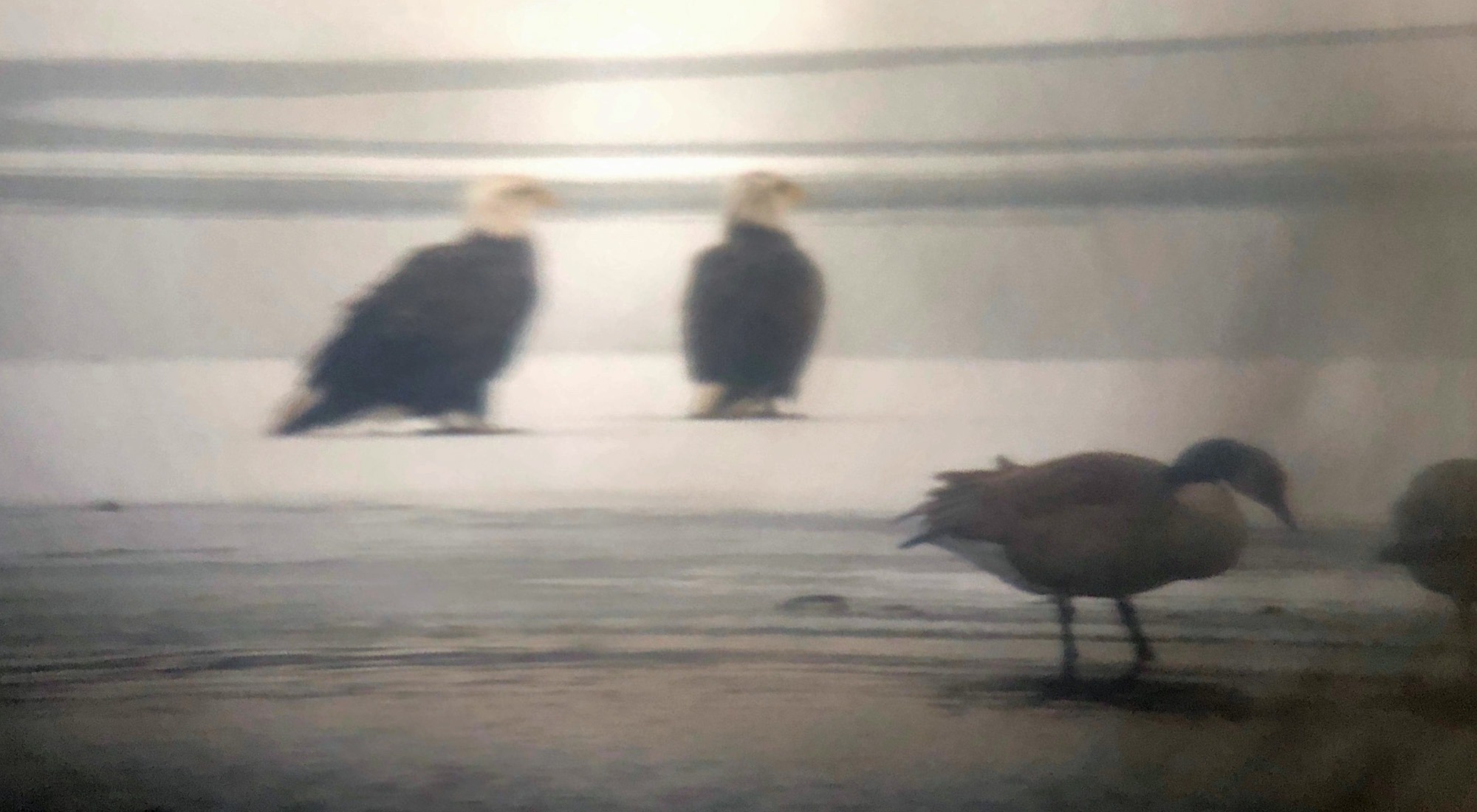