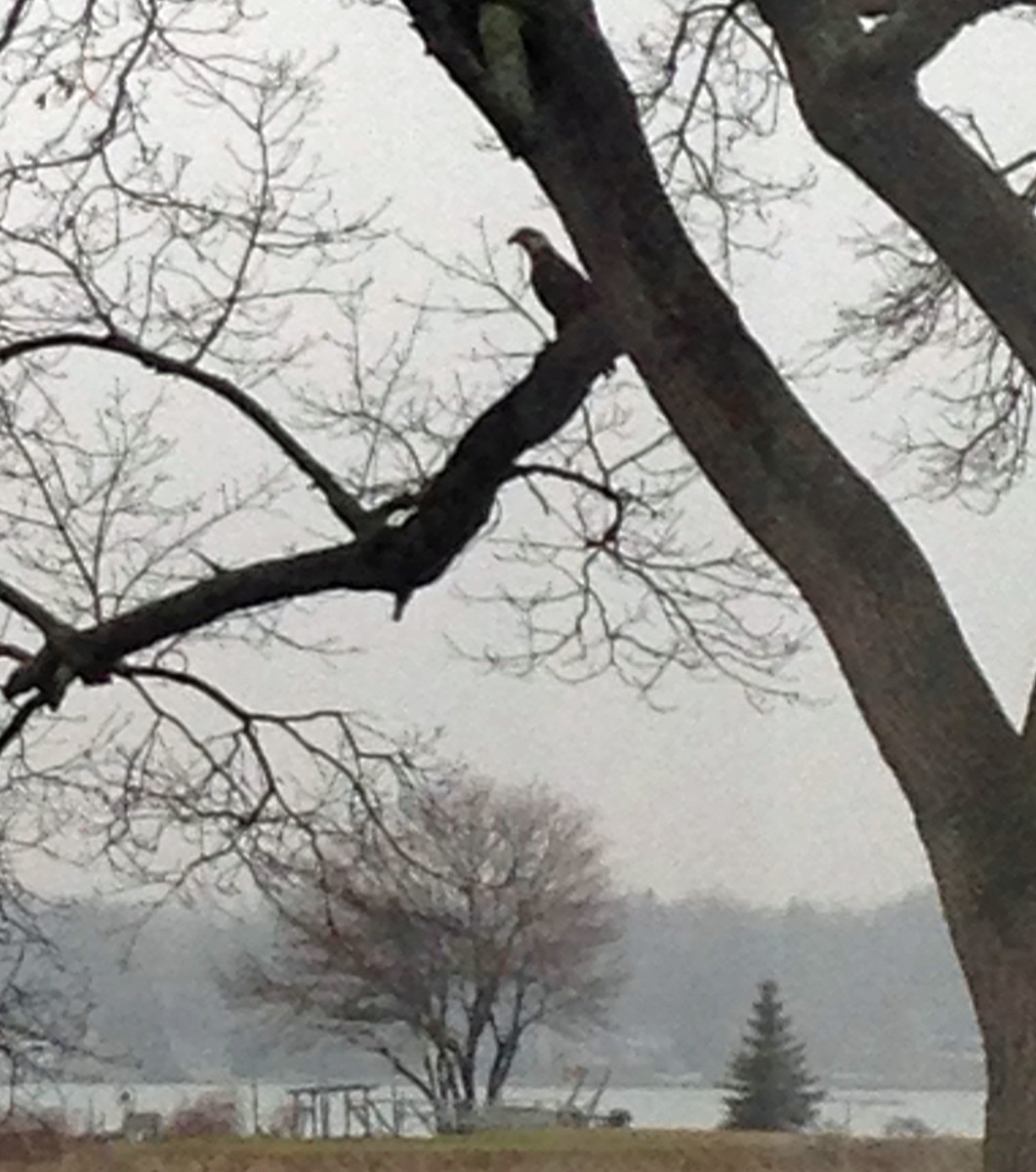 A Clark Lake eagle made a visit to the east end early this evening searching for dinner.  Elise Bentley Fish reports that her husband, Brian, spotted a muskrat in front of their house on Florida Avenue about 6 pm.  Then, Elise, says “the young eagle flew down trying to catch him twice. He landed in the tree in front of our neighbor’s house then tried to catch him.”  The eagle missed and flew west.  Elise notes that that the eagle “came back about 7 pm.  That’s when I got to see it.  It flew over and landed in another tree then flew off to the west toward turtle town again.”

To enlarge the photo, click or tap.  To reduce, repeat.

And thanks to Elise for having her iPhone handy and knowing how to use it!