Read the story of the Eagle vs Coot, but first the latest photo.  Both the story and photos are by John Deming: 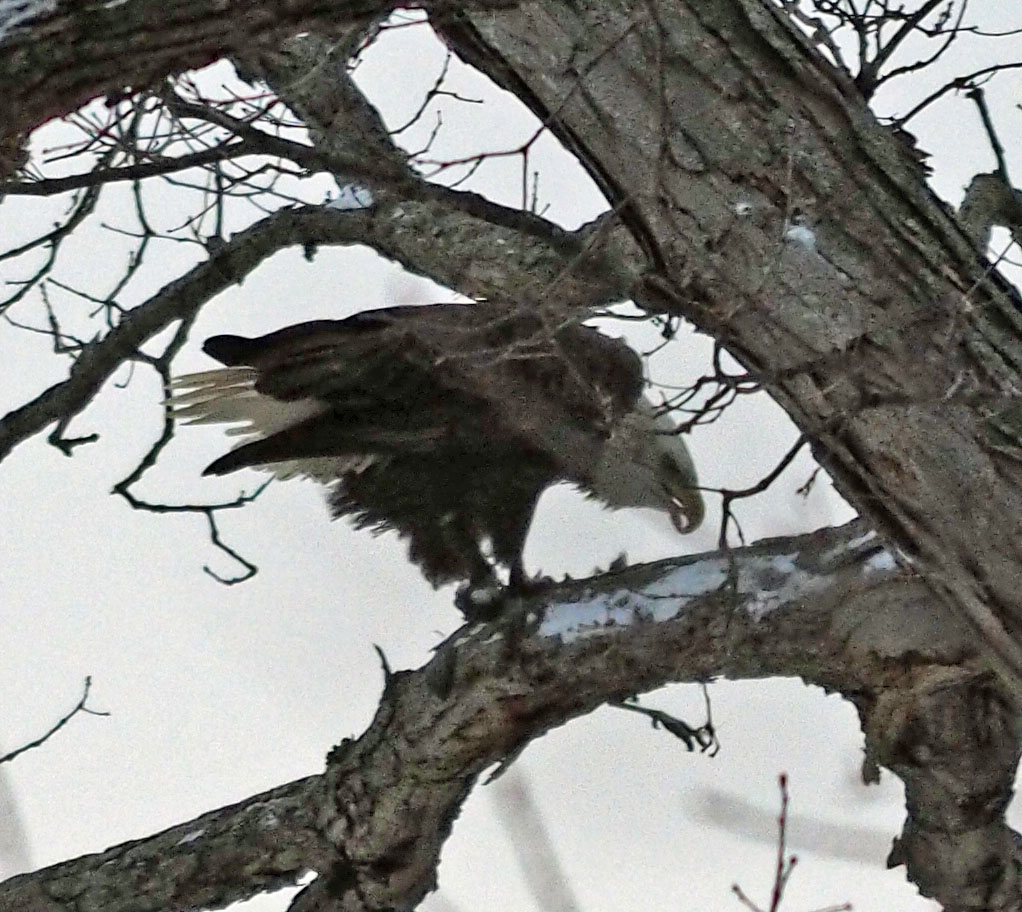 The Friday after Thanksgiving, a sheet of ice covered the lake but there were a few open areas. In one of them, a group of coot were swimming around. They had apparently decided to postpone or cancel their migration south and were spending the day at Clark Lake. For some of them, it would be their last. They failed to heed the presence of a threat to their breed. Nearby, standing on the ice was an adult eagle. It would leisurely take off and buzz the coot. Some would dive underwater while others would skitter along the surface to evade its sharp talons.

Around 8 am, I spotted the activity as the eagle flew around the east end of the lake. I raced to find the “smart” camera, for which I was not trained. But like any five year old that is told not to do something, it was only an invitation for me to give it a try. By the time I found the camera and returned to the window, the eagle was gone–or so I thought. As I stood looking out the window onto the lake I noticed stuff dropping from the oak tree in our front yard. The stuff looked like feathers but fell too fast to be just feathers. I looked more closely and there it was, the eagle enjoying breakfast at the expense of the coot who failed to heed the warning of its presence.

I knew if I tried to take pictures from outside, I risked being discovered; but I had no choice. I slipped out a squeaky side door and the eagle took flight before I could engage the camera.  I thought I had suffered the same fate reported by Rick Belcher–seeing an eagle but not getting a close up shot of it. Then I noticed from the side window the eagle on a branch in a tree near our neighbor’s to the east—Mike and Karen Fodor. Yes, my luck had changed. I was able to catch the eagle in action, completing its morning repast. 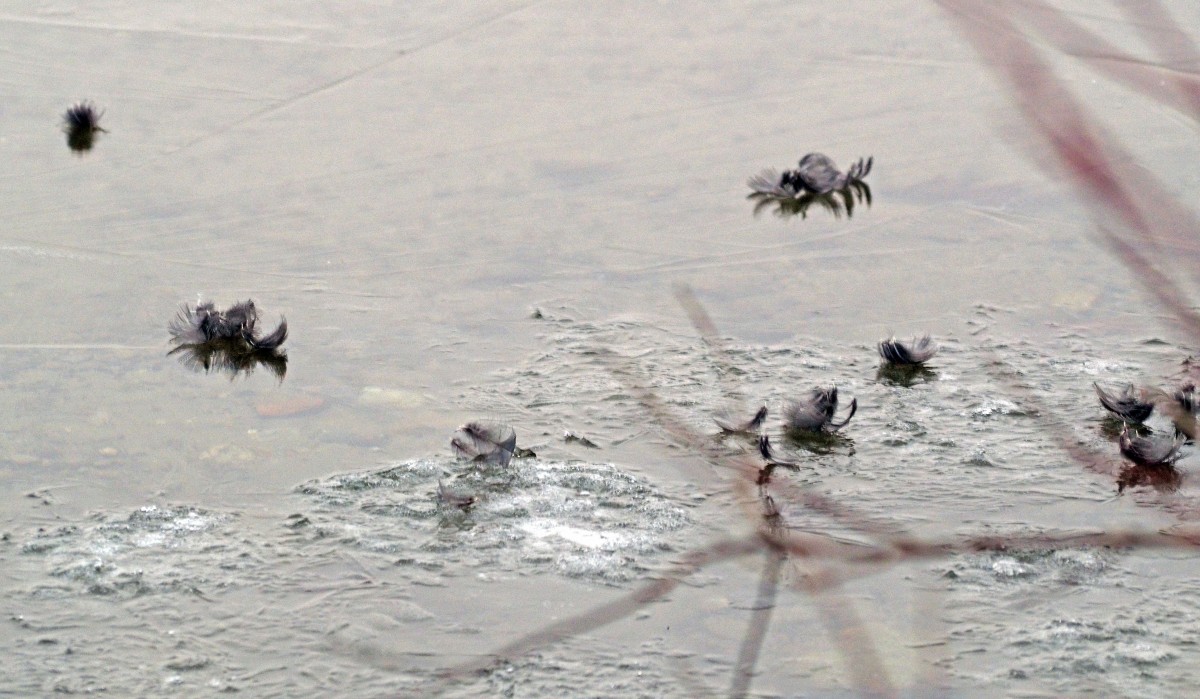