As Bill Bendele dug, he expected no surprise–just the usual Clark Lake soil and sand at this Lakeview West location.  But then, this.  He found 3 tiny turtles crawling out of their shells. 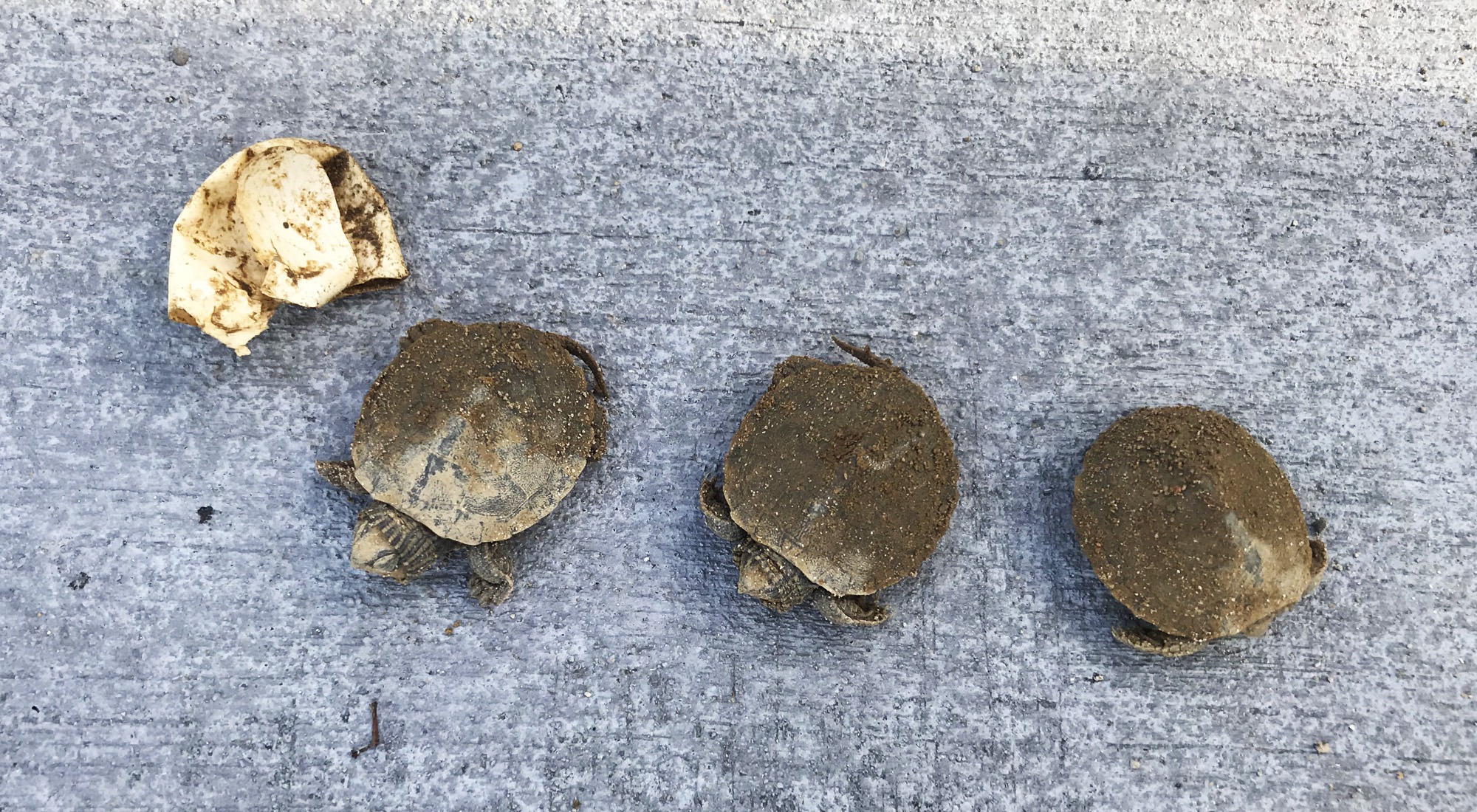 How do turtles nest?  According to Britannica.com, “nest digging is a fixed behavioral pattern in all but a few species. Most turtles dig chambers in which the eggs are laid. Once the female finds a desired nesting site, she begins to dig the chamber with alternate scooping movements of the hind limbs.”  And then, “digging stops when the female has reached a depth equal to the length of her outstretched hind limbs.”  To nest within a few feet from Lakeview Drive at this spot, the mother turtle had a steep, and somewhat distant, climb.

Once uncovered, Bill moved the three to a nearby hole that was covered in leaves.  Returning to it a short time later, they couldn’t be found.