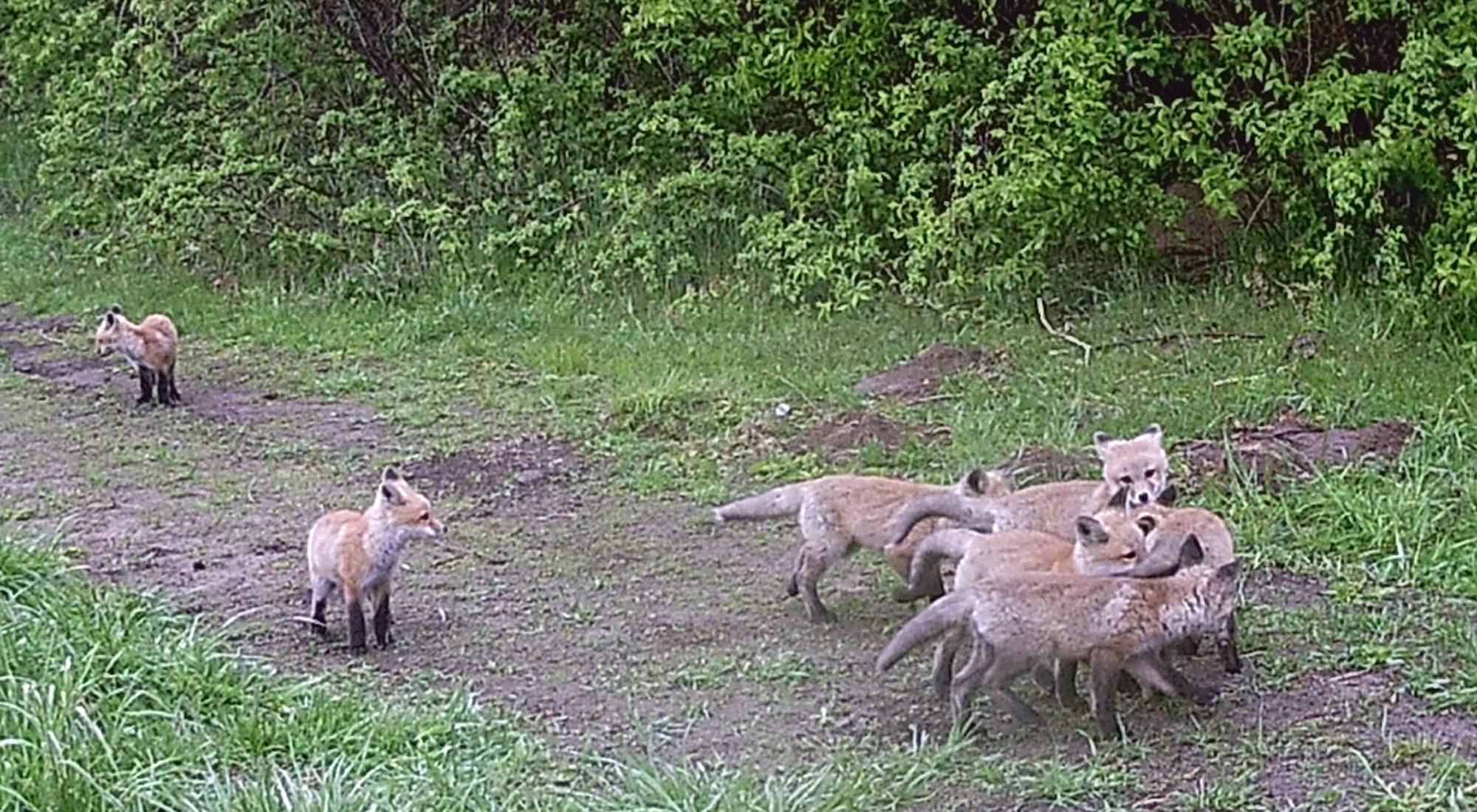 Clark Lake has its share of wildlife.  That includes foxes who appear to thrive here and don’t seem to mind being around people. 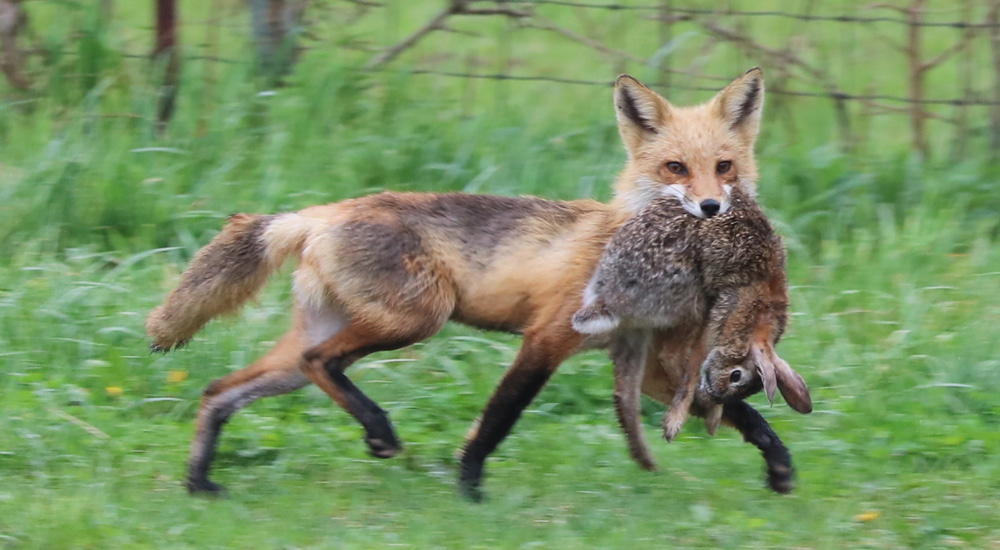 David Nichols has positioned a camera that snaps photos when it senses motion. He then downloads the photos.  It quickly became apparent where the fox families were making their home up the Eagle Point hill.  “There appear to be three dens,” according to David.

The wildlife cam has a time and date stamp.  David’s sister, Carolyn, studied David’s photos and determined the foxes most often ventured out around 8 am and late afternoon.  When Carolyn walked to the area, she didn’t have to wait long.  “That’s when I clicked the photo of the fox with its prey.”  She was only a few yards away, and the fox cooperating by posing for the photo op. 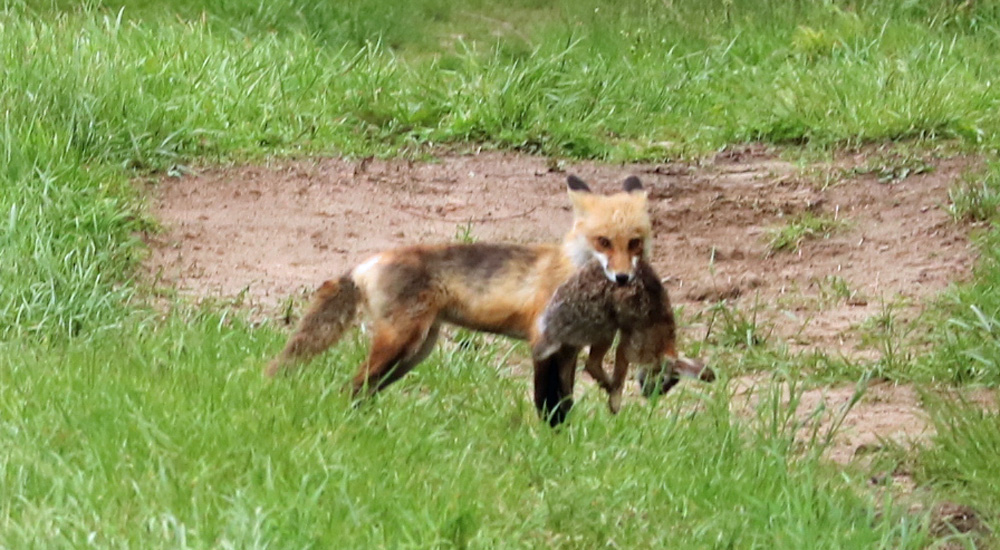