How many of our feathered friends fish in Clark Lake?  At least six species.  The largest, and most impressive, is the eagle.  Frequently sighted at the lake, once in a while they provide a photo op. (Scroll down for a photo taken this spring).

Second on the list is the osprey.  Over the noon hour yesterday, along the Eagle Point shoreline (west), an osprey found its lunch and appeared to be looking for a place to dine.

John Deming points out that ospreys fall victim to bullying by another bird of prey.  An eagle will fly high above the osprey.  “When it sees the osprey successfully snatch a fish, the eagle will stealthily soar down at tremendous speed and cause the osprey to drop its catch.  Sometimes the eagle will be able to grab the fish in midair.”

According to Wikipedia, ospreys are also known as “fish eagle, sea hawk, river hawk or fish hawk.”  As a large raptor, it “reaches 24 inches in length and 71 inches across the wings.”  In 2015, this osprey decided that a dock was a good place for its picnic, leaving an unpleasant cleanup task for the owner. 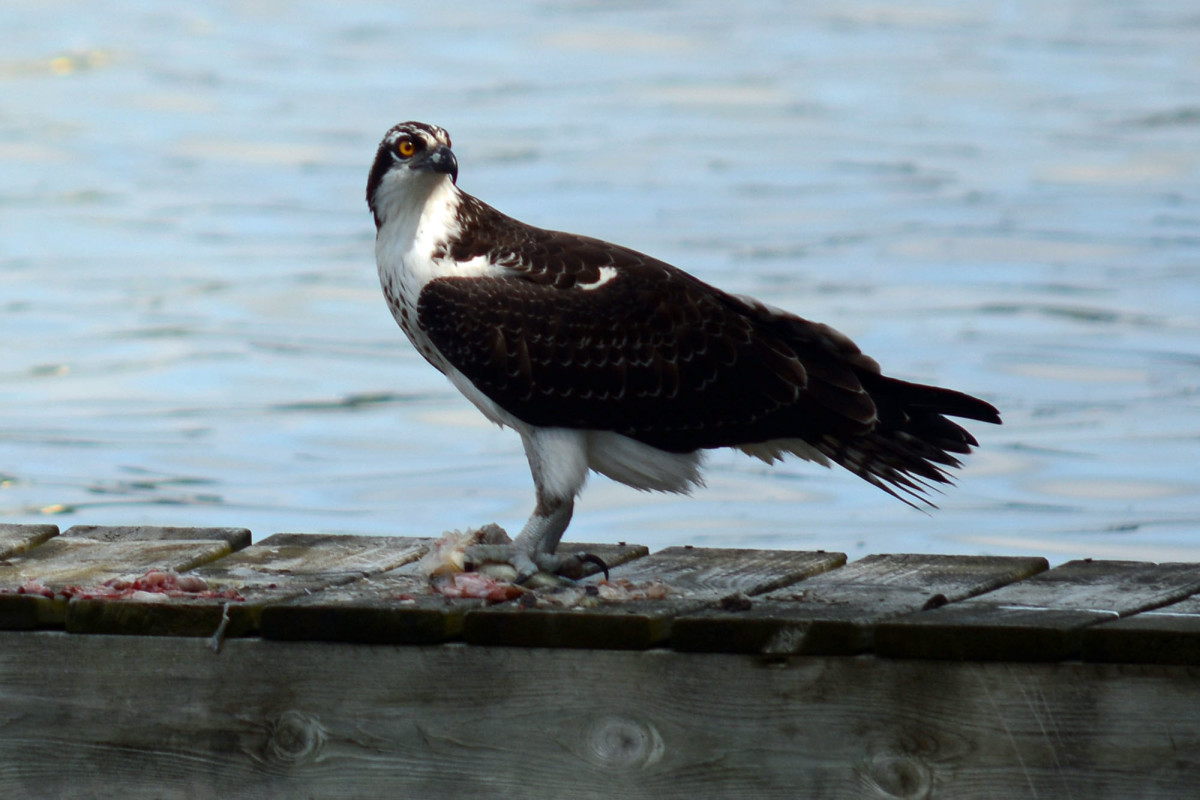 Great blue herons also fish in Clark Lake.  Today, one camped out in the basin of the dam.  Detected through its camouflage, viewers of the DamCam witnessed the heron patiently waiting for its prey, and then  swiftly pouncing it.

Like other birds that fish, kingfishers have keen eyesight and possess patience.  They will swoop down from a tree limb and dive bomb the unwitting fish below.

Rounding out the list are two species that are not particularly well liked.  Seagulls constantly fish. and crows will pick up whatever they can along the shore.

Below is the promised photo of the eagle, taken April 10.