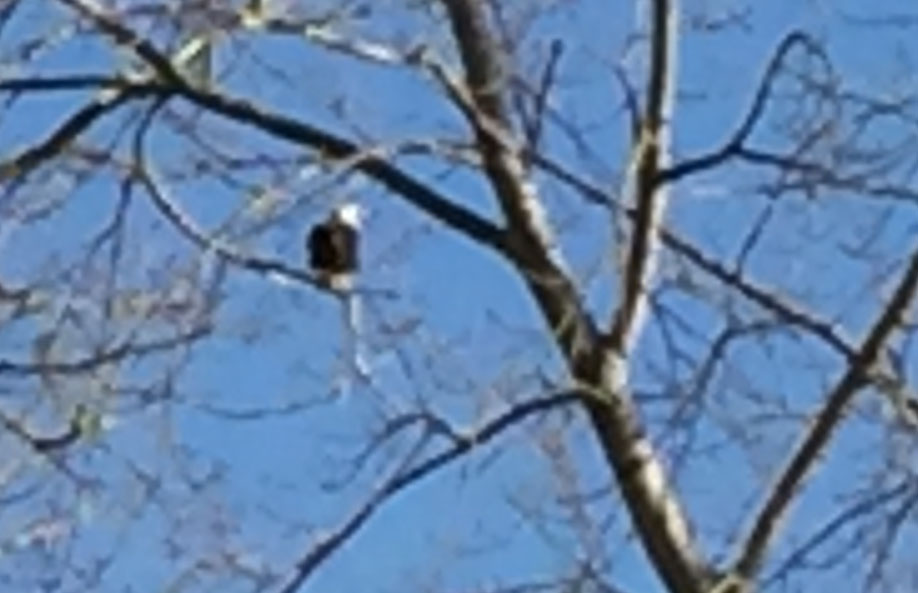 Brian and Elise Fish report two eagles, an adult and an immature one, enjoyed their repast at the east end of the lake today (Wednesday 11/11).

Brian describes it this way.  He had just let the dogs outside at their home on Florida.  The dogs took off and a few seconds later he heard a loud screeching sound.  Upon investigating he found “two eagles eating a coot.”  Then, he says, the duo “flew off with it before I could get a photo.”

Later today, Brian reports that the eagles continued their hunt–watching a flock by the Beach Bar pier, presumably searching for the next course.

Eagles apparently do favor coot for dietary intake. In an earlier story on this website, John and Diane Deming described their own encounter of eagle vs. coot, also at the east end of the lake but on the south shore.  Coot don’t appear to be nature’s brightest bulb.