The barred owl family is nesting in our woods again this year. We estimate that they have been raising their young here for at least 10 years. This photo shows one of the adult owls at the nesting site. Occasionally we can see the young owl through the large crack in the dead tree, but the owlet is not visible in this picture. As you can see they prefer a large opening in the top of a dead tree for their nest. Last spring I wrote an article on the barred owls (for your convenience it has been repeated below the photo from this spring). At that time I told you about the young fledgling owl being electrocuted on the power line in our neighbor’s yard. This has happened the last two out of three years. A couple of weeks ago I called Consumers Energy and told them about the problem. They sent a truck out the same day to look at the lines. The young man said he would put an order in for a wildlife guard. As of yet this has not been done. I called again today and will call every week until hopefully the problem is solved before the young owl fledges, which is normally the end of May or beginning of June. 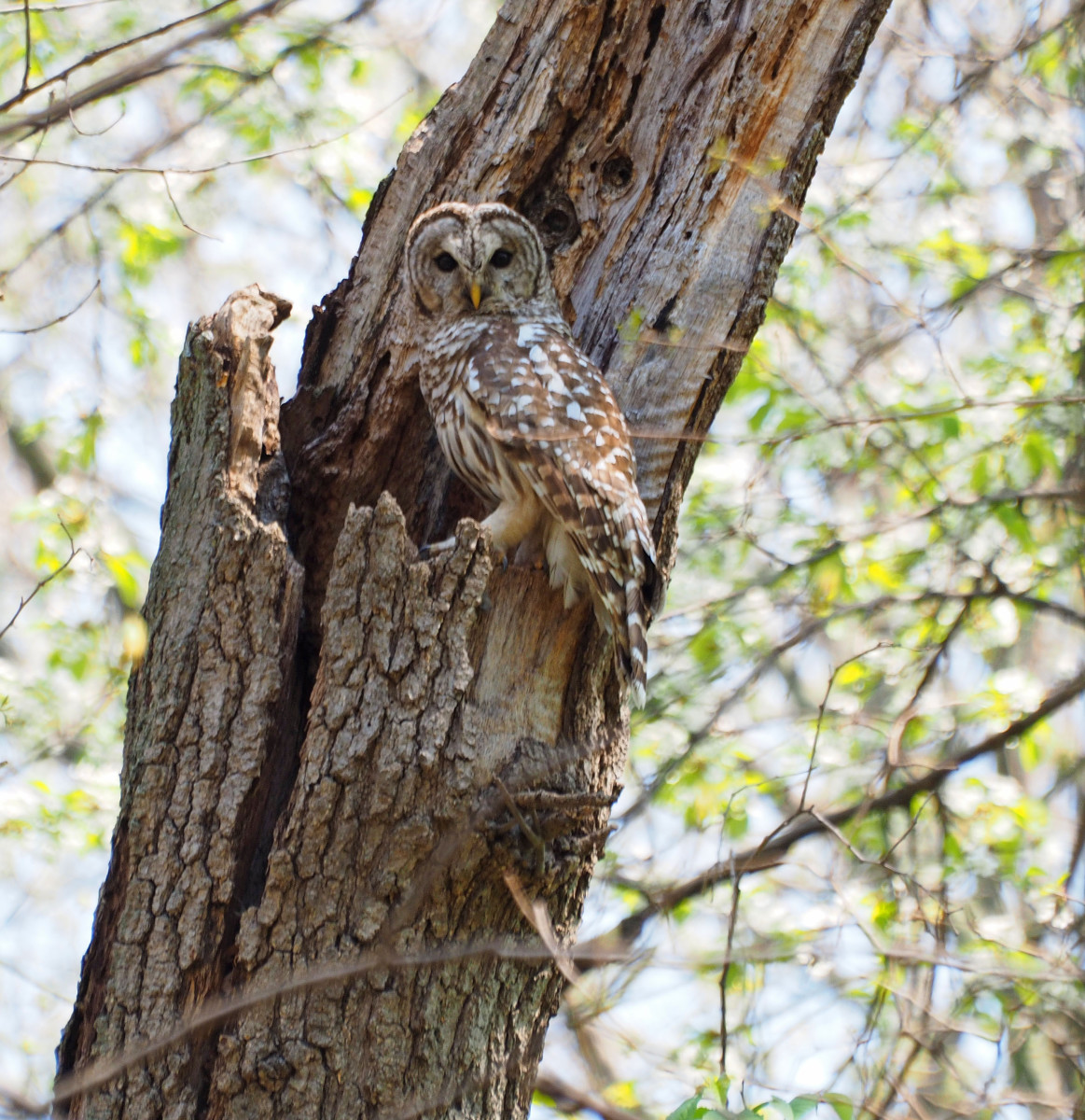 Diane and John Deming have been watching barred owl family near their Clark Lake home.  The story, told by Diane Deming, starts on a sad note– 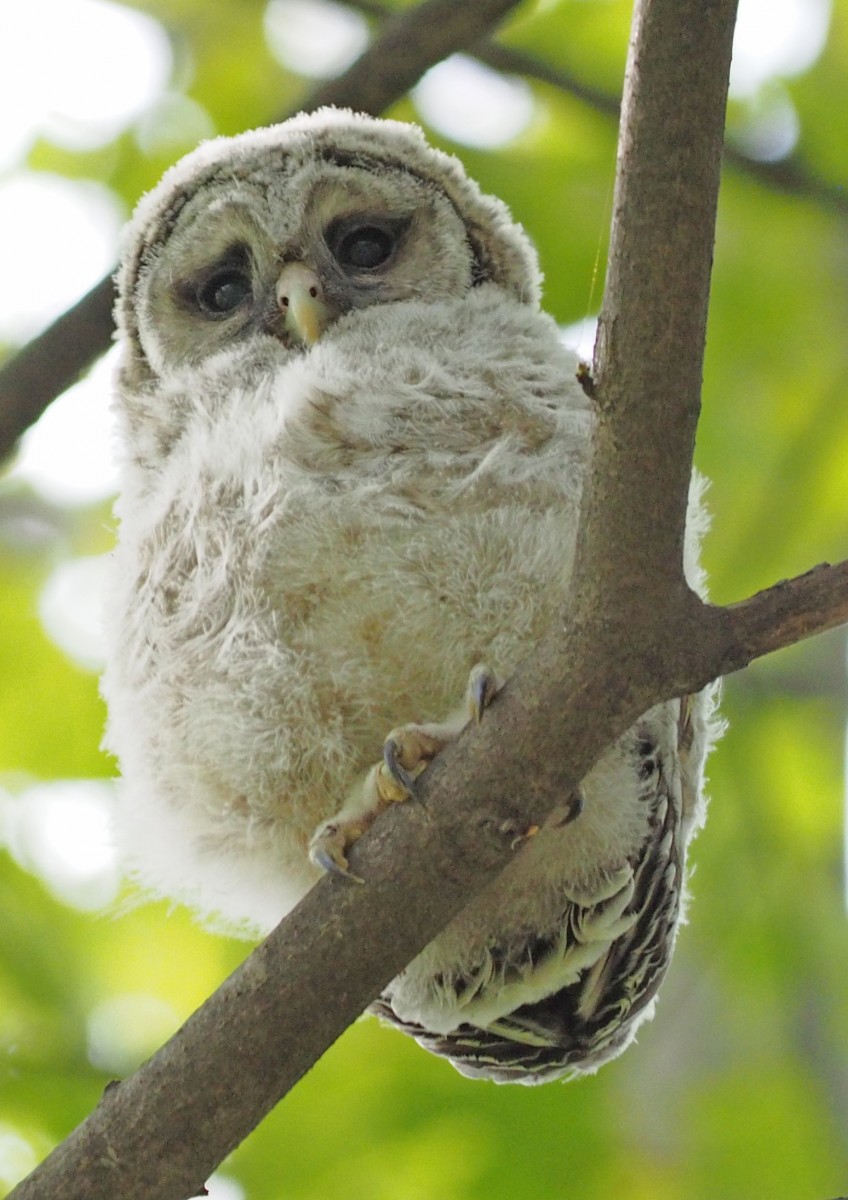 Unfortunately the baby owl was electrocuted on our neighbor’s power line on June 7th. This is the second time this has happened in three years. I am going to contact Consumers Energy some time before next spring and see what can be done to protect the young owls. If anyone else knows a solution to this problem, we would be glad to hear from you. [You can reach Diane via clarklakespirit@gmail.com].

The close-up of the owlet was taken in May when it was resting in the day time. It was quite high up in a tree, but just looked at us curiously. The mother was nearby, higher in the tree, but she didn’t perceive us as a threat. Every night at dusk, the male and female owls would fly from the woods to the power/cable lines, and then take turns hunting, perched on the flagpole in our neighbor’s yard. What they were hunting is still a mystery, but we assume it was voles, mice, and shrews. Because they are small prey, they are perfect food for a young owlet. Once they caught their meal they would fly to the woods where they would feed the baby. We have not seen the adults since their young one died. We feel bad for the parents who worked so hard raising their offspring, only to have it die by the hand of man. Hopefully they will nest in our area next year. 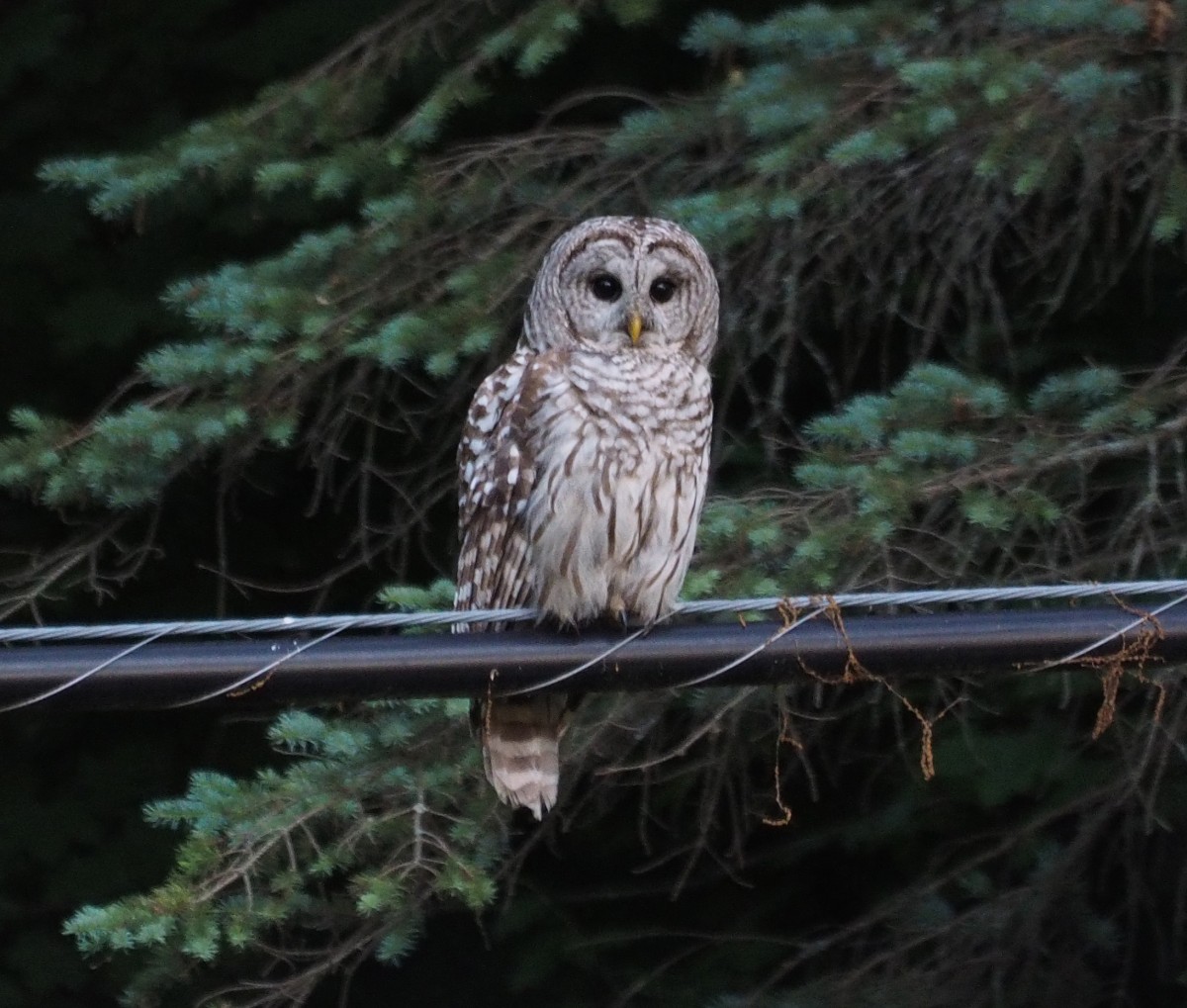 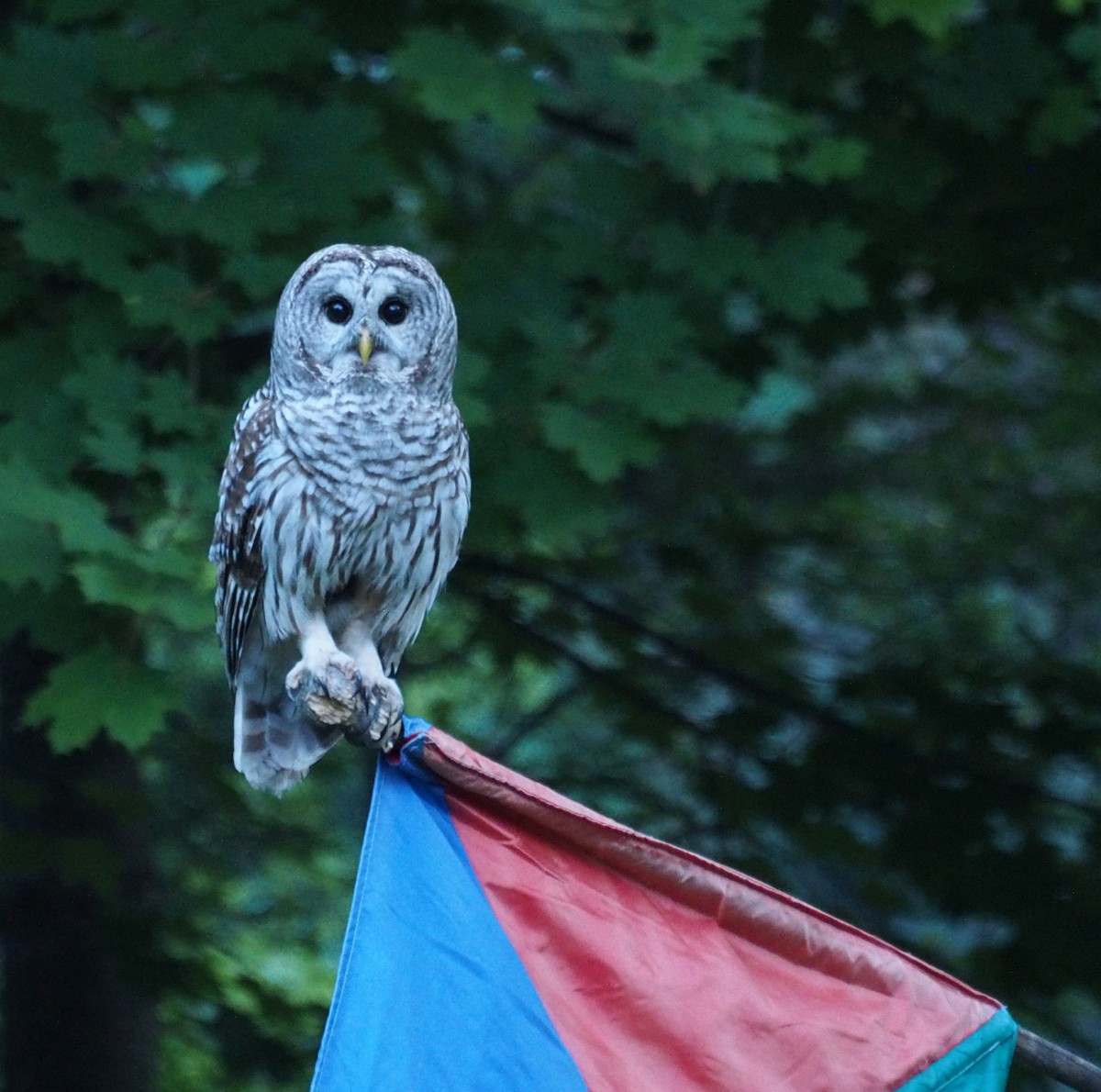