And at least they don’t bite.  But the fish do bite and enjoy eating them, every minute of it. 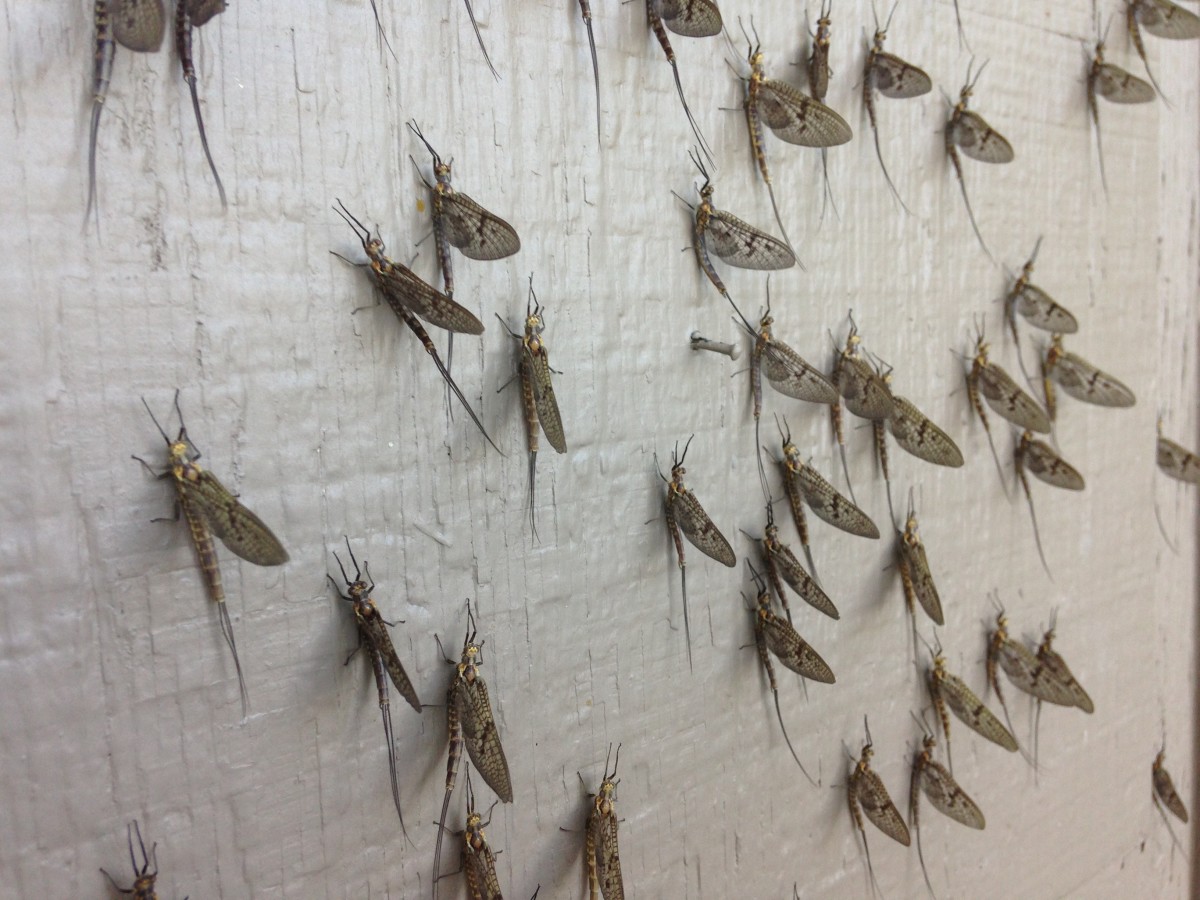 Last night a Clark Lake resident was wondering “where are the mayflies?”  Usually they have arrived by now.  He walked out of his house and then, as if on cue, a thousand of them flew right in his face.

Mayflies are part of a group known as “ephemeroptera” that describes a range of species that number 2500 worldwide.  Clark Lake has its own version that greets us every year about this time. It’s believed that water temperature is the key factor on when they emerge from the lake.  It occurs approximately in the middle of May annually.  And if  you think there are a lot of them here, the Mackinaw Bridge has been shut down during some years because they are so thick, creating a traffic hazard.

The mayflies that hatch in mid-May are smaller and have a darker appearance. During the summer, there are sporadic hatchings of larger and more pale mayflies. If you go out on the lake with a flashlight at night, you can watch it happen.

The mayfly life cycle lasts about 24 hours.  Some people think their short life span is a very good idea.

What the mayflies lack in beauty, they make up for–as food for wildlife, including the fish of Clark Lake. 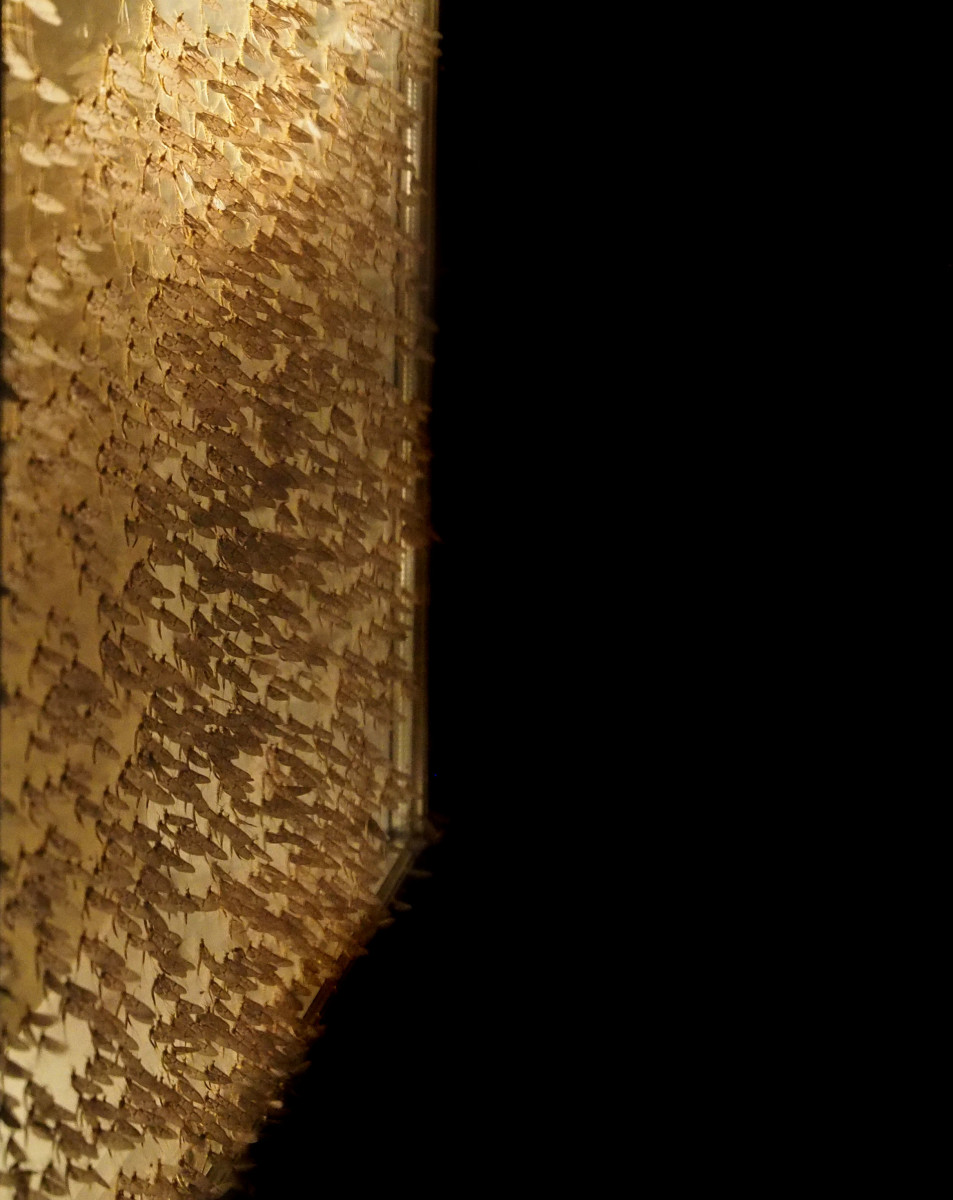 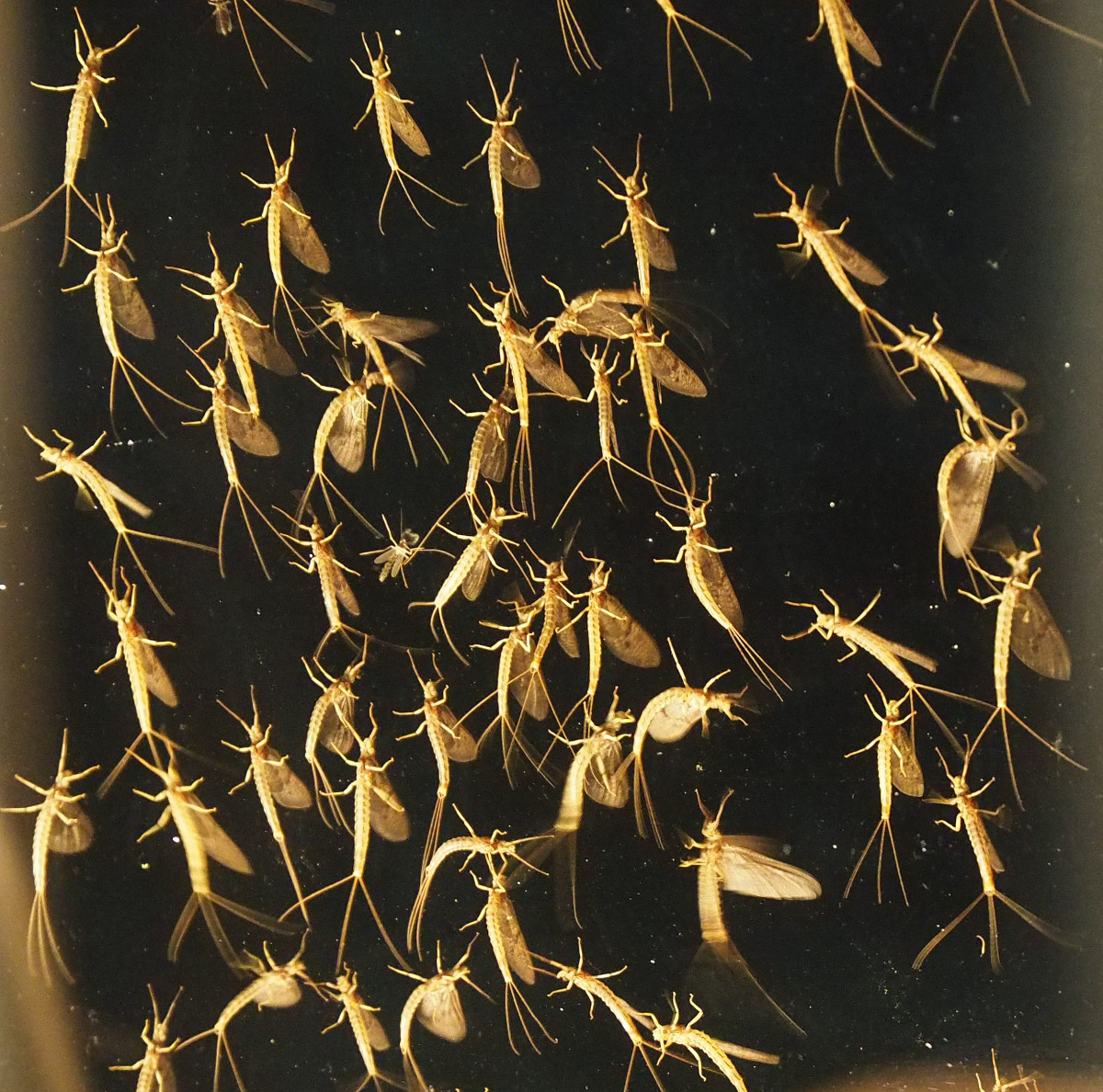