Yesterday (Thursday 3/3), this website published Tucker Boyers’ photo of dark circles the were imprinted on the recently fallen snow after the lake refroze.  These circles appeared to be perfectly round, but what caused this phenomenon?  Bill Leutz went to work on this mystery and provides this explanation: 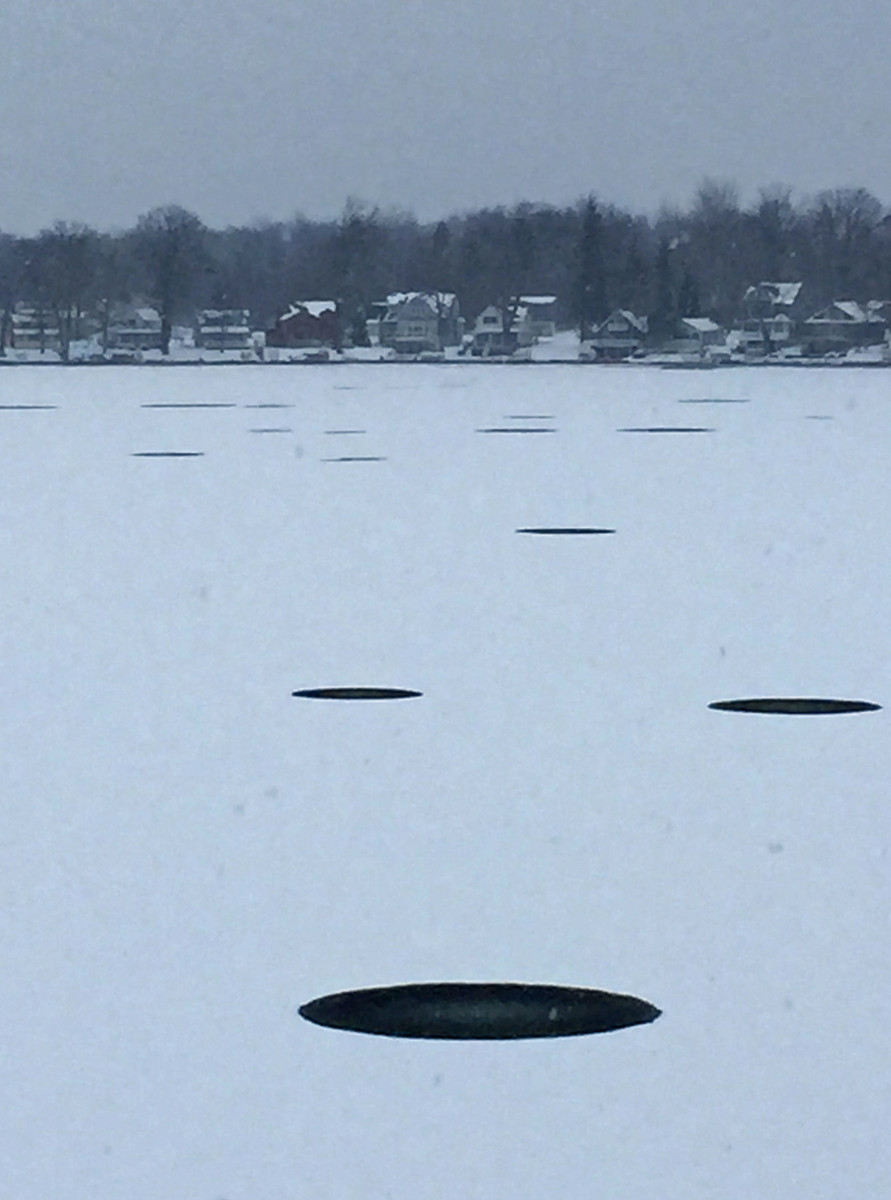 We have been treated to some interesting sights at Clark Lake lately. As previously reported on this website, the lake refroze during the night of March 2 to March 3, and this was then followed by another day of snow. The morning ice freeze, as shown in an earlier photograph, was smooth as glass.  The snow cover was also initially uniform.

However, photographs from the mid-afternoon began to show strange circular dark spots protruding through the snow.  The website’s original story referred to them as “breathing holes”.  For lack of another explanation this seems reasonable. Breathing holes do exist in the Arctic where air-breathing seals keep a hole open in the ice for that purpose. In fact these also become focus points for Polar bears feeding on the seals.

In Clark Lake, the only air-breathing creatures we have are turtles (which are still hibernating,) and muskrats that move freely on top of the ice, entering the water only to browse for food. With this in mind, what could be the source of these strange, circular dark spots? A little Google searching is required.

Ice circles are known in streams and large lakes where currents create eddies, allowing loose ice and snow to rotate as it freezes. These are often seen slowly rotating in the current or, once the entire river freezes, encapsulated in the clearer ice of the river. But an inland lake like ours normally has no appreciable currents or eddies.

Enter the concept of “frazel ice.” Frazel ice is a collection of loose randomly oriented needle-shaped ice crystals in water. They occur when the temperature is cold, below about 21 degrees, and is the result of a kind of flash-freeze. At such cold temperatures, this becomes the very first ice formation. Since it almost always happens at night, we never see it. As the crystals collect, minor temperature differentials cause them to gather in circular formations. This mixed collection of crystals has slightly lower buoyancy than clear ice–so as the lake fully freezes, they might be expected to collect under the overall ice sheet. Then, as thaw begins to take place, they become visible. Many that I have photographed (see below) have a clear structure with a center, a broad radial annulus, and clear edge.

As usual, while science satisfies curiosity, it can take the fun out of life. For my money, the idea of some unknown denizen of the deep lake requiring breathing holes is far more exciting.

To view photos, click to enlarge the first one, then click on the right side of the photo to advance to the next one. 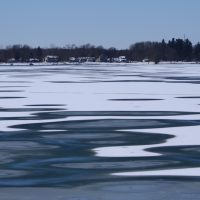 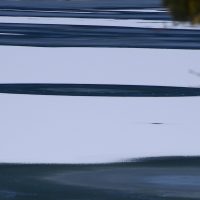 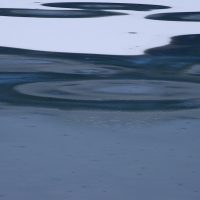