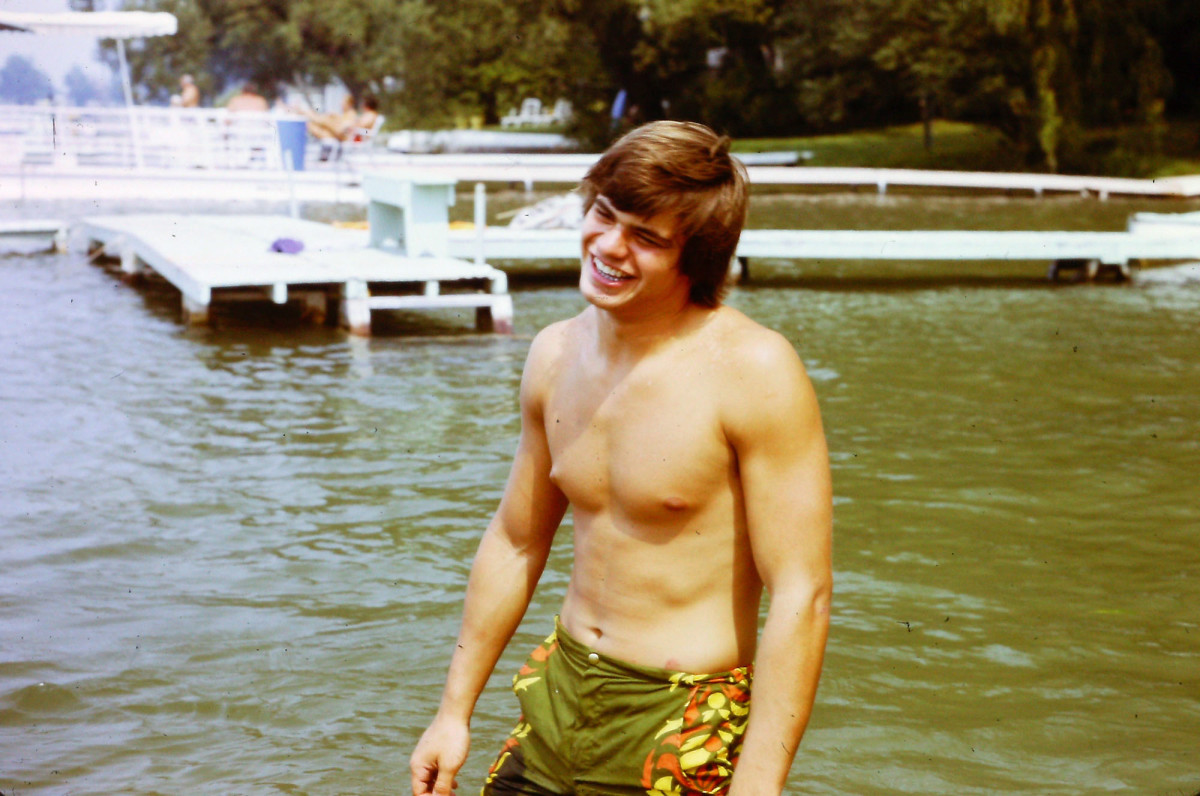 Doug at the lake

It was early morning at the end of August in the summer of my last year in high school. My father was dropping the 14-foot Glastron into the water from the boat lift. The water was starting to turn cold. I put on my full wet suit to start a slalom ski around the lake. There was not another boat on the lake. We took off skiing towards Eagle Point. 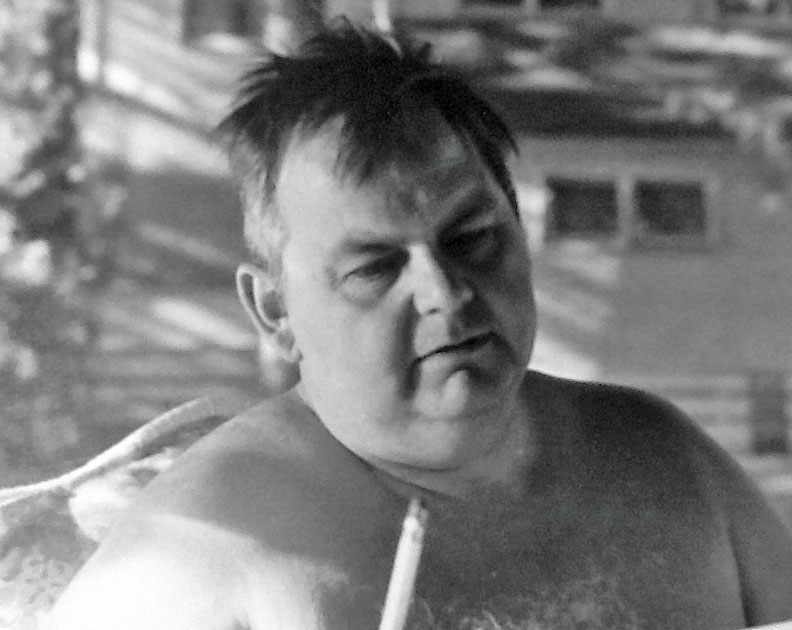 Doug’s father, Dick Ligibel having a relaxing moment on the front porch

My father was a very experienced ski boat driver and bass fisherman. As we approached Eagle Point, I kicked off the slalom ski and started bare-footing. We had gone out several times before during the summer for an early morning ski. I expected to only go for 600-700 yards and then drop. The conditions were so perfect that as I approached the Yacht Club we kept going straight down the lake, making a gradual turn in front of the dam. We headed back and as we approached Consumers Power, and there were still no other boats on the lake, I realized I had a rare opportunity to bare-foot ski around the entire lake. The wet suit kept me warm enough from the cold water to make it possible to continue bare-footing all the way past Kentucky Point. At this point, I wasn’t sure I could make it the rest of the way home, but my father encouraged me to keep going. Although I was physically exhausted, I really believed I might have a chance to at least make it to the head of the lake. When we approached the boat ramp, my father made a gradual turn, hugging the shore line; I would’ve gone down had it not been for him making such a gradual turn. 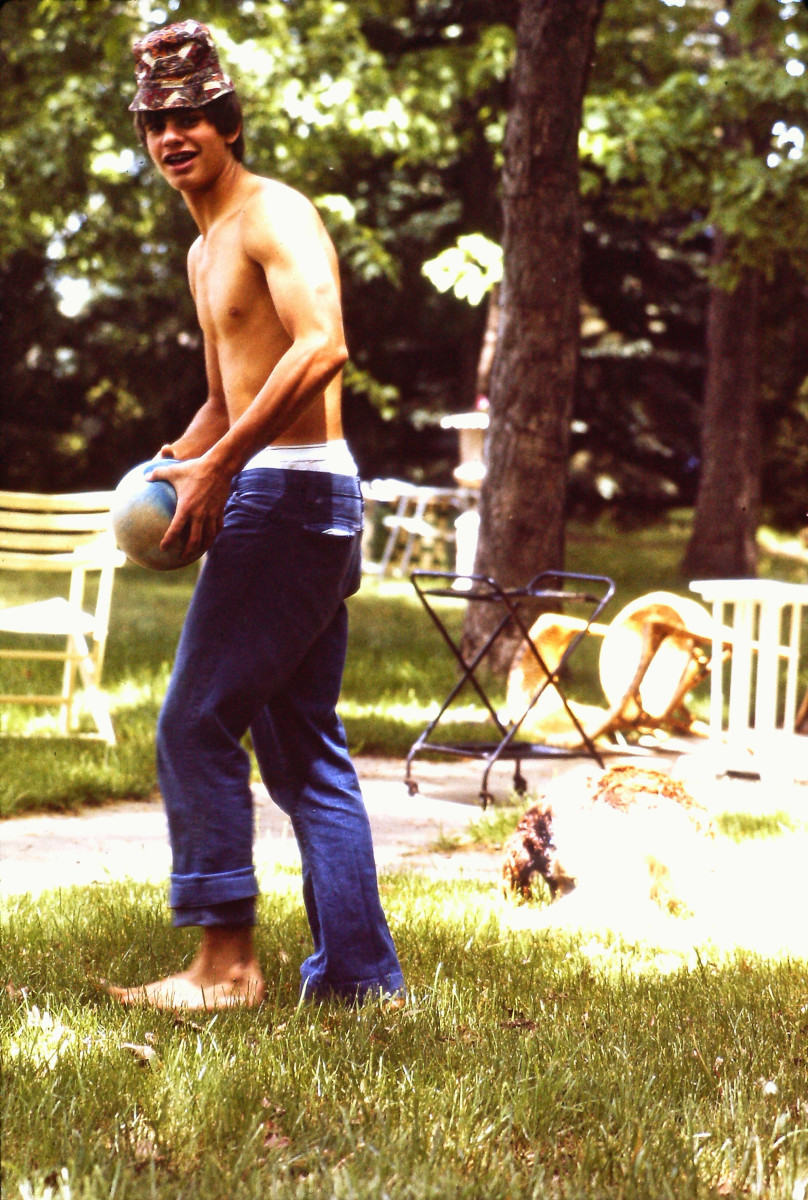 Doug having fun at the lake

We then headed back straight towards the Ligibel cottage, otherwise known as Valley View. I was in the home stretch in the middle of the turtle patch with only about 400 yards to go, and without any warning, I got a terrible leg cramp in my right leg. I went skimming across the water, doing somersaults, and finally landing in water that was about 5 feet deep. The leg cramp was not serious, but because I was suspended in 5 feet of water and was trying to stretch out my leg, it looked as if I was going under. My father turned off the engine, stepped on the stern of the boat and launched into a full racing dive, doing a 100 yard sprint to get to me as fast as he could. He reached me in a matter of seconds and was able to swim me back to the boat and put me in the boat.

The 14 foot Glastron was a small, light ski boat and my father was a very large man. He could not get back in the boat. I ended up having to drag my father back on the ski rope to the Ligibel cottage. We made it back home and realized I only had a couple hundred yards to go.

This memory is important to me not because of me being able to almost ski around the whole lake, but because it reminds me what an excellent and talented boat driver my father was. He knew the location of every rock, drop off and weed patch in the lake. Even though that was many years ago, this one of my favorite memories of a time with my dad at Clark Lake.