“Tales from the Naked Lake” 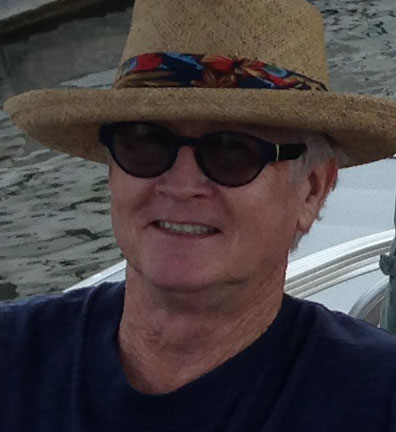 It was a Sunday in January, 1979 when we were winding down for the night, getting ready for school the next day. A fire crackled in the fireplace, creating a cozy glow against the glistening blanket of snow outside our window. A lone snowmobile headlight raced past Eagle Point as I retreated upstairs. My daughter, Kim, was already in bed, eyelashes resting dreamily on her cheeks. Pat, my wife, ironed her clothes for the next day when there was an unexpected knock on the door. She volunteered to see who it was and ran downstairs. I heard a scream and the door slammed shut. Heart thumping, I flew into the kitchen to see her trembling before the back door. I opened the door ready to protect my family and my eyes were met with the image of man near death.

His height weighed heavy under the layer of ice that coated him. Icicles hung from his beard. His knit hat and snowmobile suit were soaked and frozen. The frozen man wearily told us his snowmobile had gone through the ice. We brought him inside and called the hospital to find out what we should do. We thought about putting him in our hot tub to thaw him, but the nurse said, “Don’t do that! It might kill him!” Instead, she recommended that we take off his wet clothes, wrap him in blankets, and give him tea. The nurse wanted to know how old he was. His weathered appearance led us to believe he must have been eighty. When he heard this part of the conversation, the man slurred, “I’m shlirty-sheven.” Obviously delusional, he had imbibed some sort of anti-freeze.

Over the next hour the man thawed out, sobered up and told us his story. He had been snowmobiling with a buddy when the two became separated. As he raced across the frozen lake, he noticed the beauty and stillness of the night. He stopped near Kentucky Point to look at the stars. When he took off again doing a donut, the ice caved, and his machine went through. Waist deep in the icy bath, he struggled to get out. He couldn’t touch bottom and his arms kept breaking through the ice. Finally, his efforts brought him close enough to the shore that he could climb out and he started looking for a house with a light on. In those days most houses were strictly summer cottages. He knocked on four doors before he came to our house.

By the time his friend came to pick him up, he had thawed out, years melting away. He walked out our back door a thirty-seven year old man who still had time for last call at the Beach Bar.

Special thanks to a ghostwriter who has signed a nondisclosure contract!