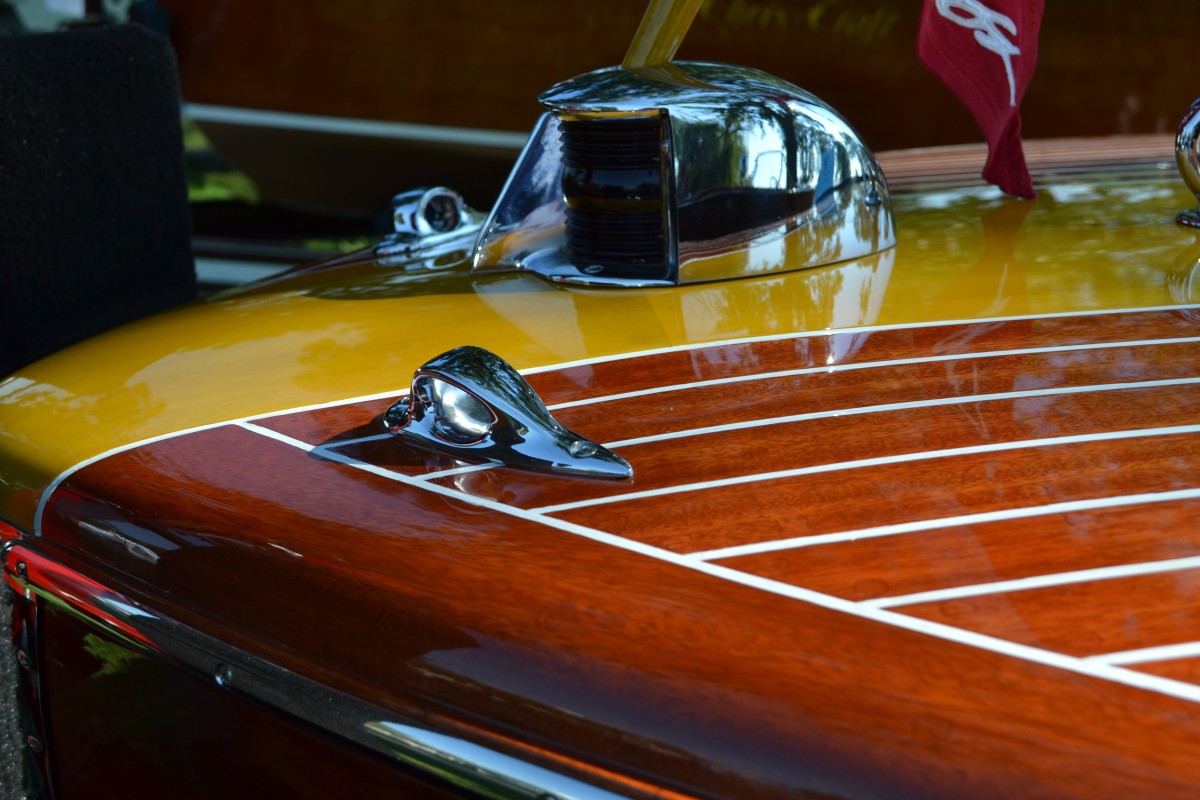 Any of us who have spent summers at the lake know how storms can come up quickly.   Before you could track radar on your iPad, we had no early warning of impending turbulence.  So I have at least one storm story that I won’t ever forget.

As girls a neighbor, Ellen Shenefield, and I took off on our paddle boards from our cottages on Eagle Point on the west end of the lake.  The sun shone brightly and there was a friendly breeze.  By the time we had paddled to where the golf course use to be at the other end of the lake, the weather had turned decidedly threatening.  You perhaps know what that means.  The sky in the west was various shades of dark blue and purple. 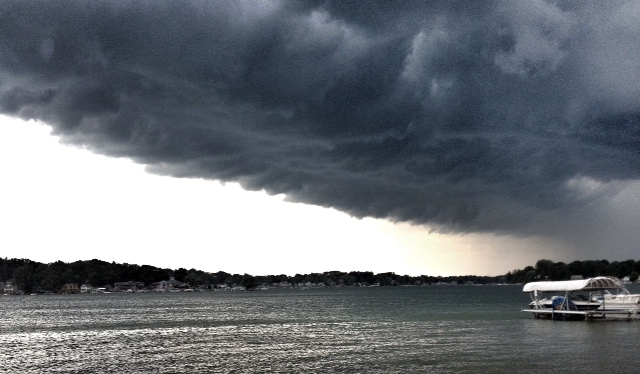 View of a storm approaching, looking southwest at the east end of the lake. Photo: Fritz Wilger

Ellen and I knew we had to head home, and fast!  But there was no way we could paddle fast enough to beat what was coming our way.  Yet unbeknownst to us someone was looking out for us.  Ellen’s grandfather, John Daley had also noticed what was coming.  He had never been known to drive his Chris Craft Riviera much over 15 miles per hour.  That day was different.  When he arrived, Ellen and I were incredibly glad to see him and his beautifully varnished boat.  Mr. Daley lifted our boards into the back seat, he gunned the engine.  As thunder competed with the roar of the unmuflled engine, he brought us home to safety where all concerned were definitely happy to see us. 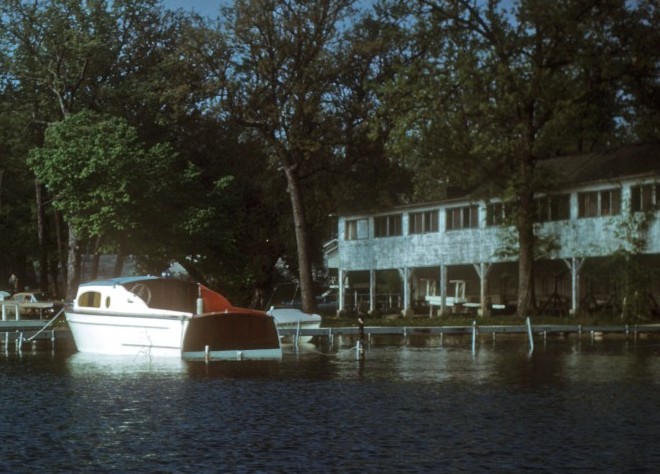 This a view of the building on Eagle Point that, on the second floor, was first a dance hall, then a roller skating rink, and later became the home of the Clark Lake Players. It was here that South Pacific was performed in 1963. The perspective is from the east side of Eagle Point, looking towards the southwest.

Storms stories at Clark Lake aren’t the only imprints on memory. During summer of 1963, I had a part in the musical South Pacific performed by the Clark Lake Players.  Perhaps you’ll recall that at that time, the theatre group performed in what once was the roller skating rink at Eagle Point.  Sand was brought in to replicate a beach, voices were strong and the music carried all over the lake through the open windows.  And forever more “One Enchanted Evening” and “I’m Gonna Wash that Man Right Out of My Hair” were etched in our memories.  My one line in the play was “Yes, I do.”  As I explained to my family, hey, at least it was a speaking role. 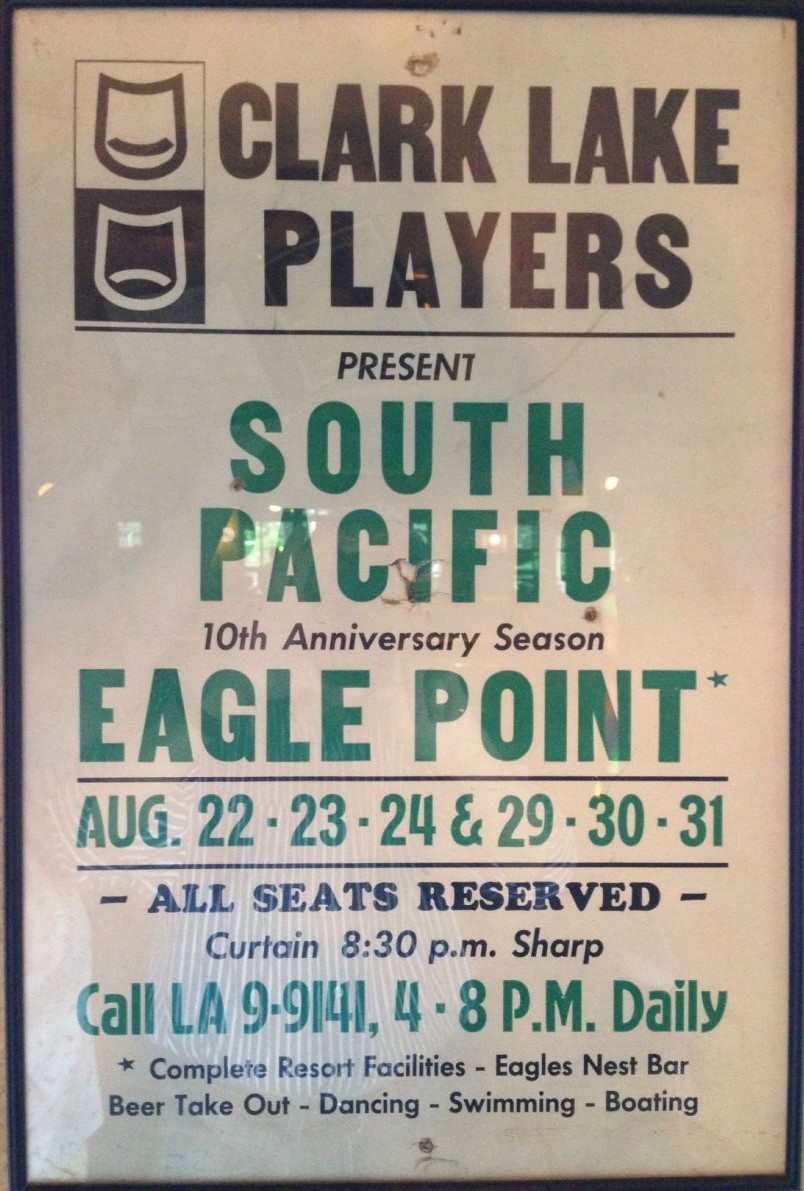 They countered by asking me to repeat it, which I did until I knew that it would only bring about gales of laughter.  That became a family joke for years.  And it hasn’t ended yet.  Neither have my feelings about Clark Lake, which will always be warm and sunny.