Mother Nature Is Not Done Yet 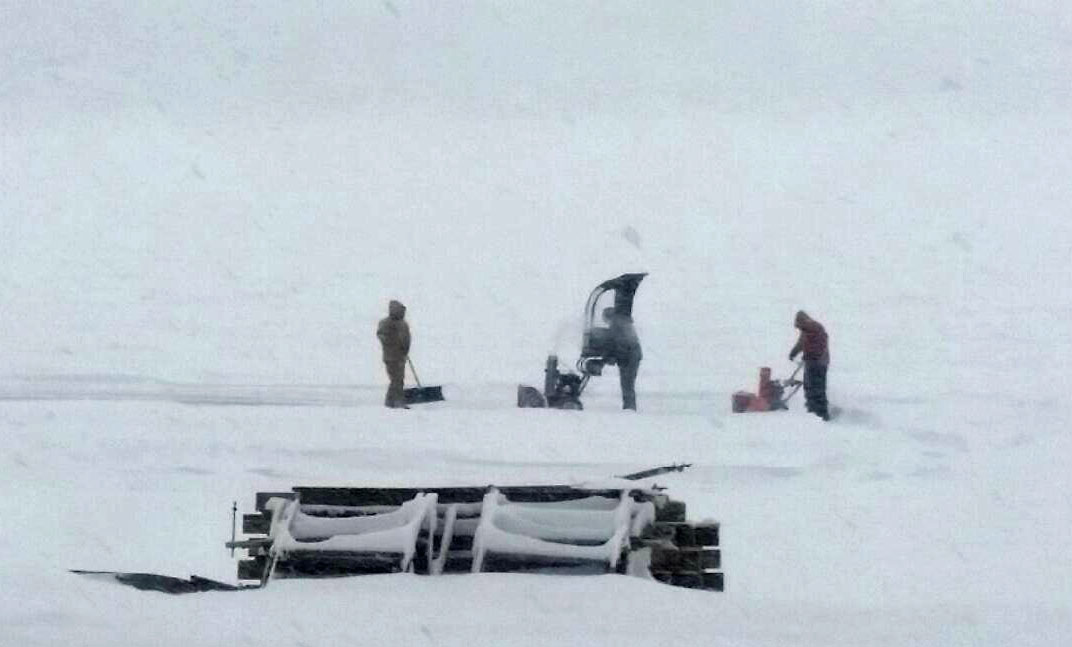 Looking east, from across Hyde Road, near the Township Park. Photo: Ann Swain

Days are growing longer as we head into the year’s shortest month.  But that doesn’t mitigate the reality of winter in Michigan.  A winter storm warning is in effect until 6 am Monday.

It’s very clear that Clark Lake does not escape harsh weather, but being at the lake does have its compensation.  Earlier today as falling snow made seeing across the lake impossible, people were taking action. No, not shoveling the driveway, but keeping the hockey rink free and clear.  After all, there are priorities!

Like most winters, several rinks have been spotted around the lake this year.  You can either play the game or view it from a safe distance from inside as you throw another log on the fire.  Not enough of a bonus for being at the lake?  Over New Year’s, the lake froze as if a layer of glass lay on top of it.  There were perfect skating conditions that the work of the best Zamboni couldn’t rival.  Yesterday (Saturday), 170 people jumped into the lake at Eagle Point as part of the Polar Plunge to benefit Special Olympics. Of course, you would need to suspend rationality to participate in that one.  Then there is catching a whopper through the ice or putting up the sail and ice boating across the lake. These Clark Lake winter experiences lead to the conclusion that the lake does offer generous compensation in exchange for nature’s harsher moments.

The end of January marked the anniversary of one of nature’s worst winter events.  In 1978, incredible amounts of snow fell over the mid west and Clark Lake got its share.  Below check out some photos attributed to that weather event.  These photos were taken along Eagle Point, west end.  (Click or tap to enlarge; repeat, to reduce) Photos:  Ern Belcher 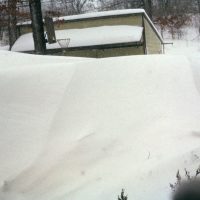 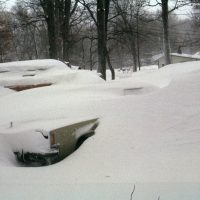 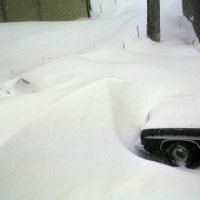 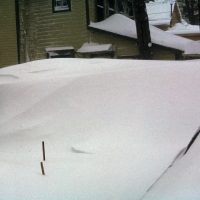 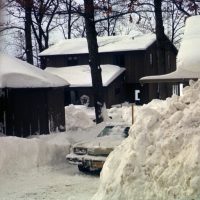 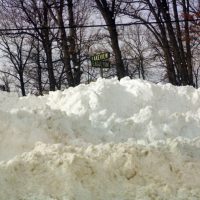