The Clark Lake Men Shuffleboard League is in week 6.  Here are the current standings. 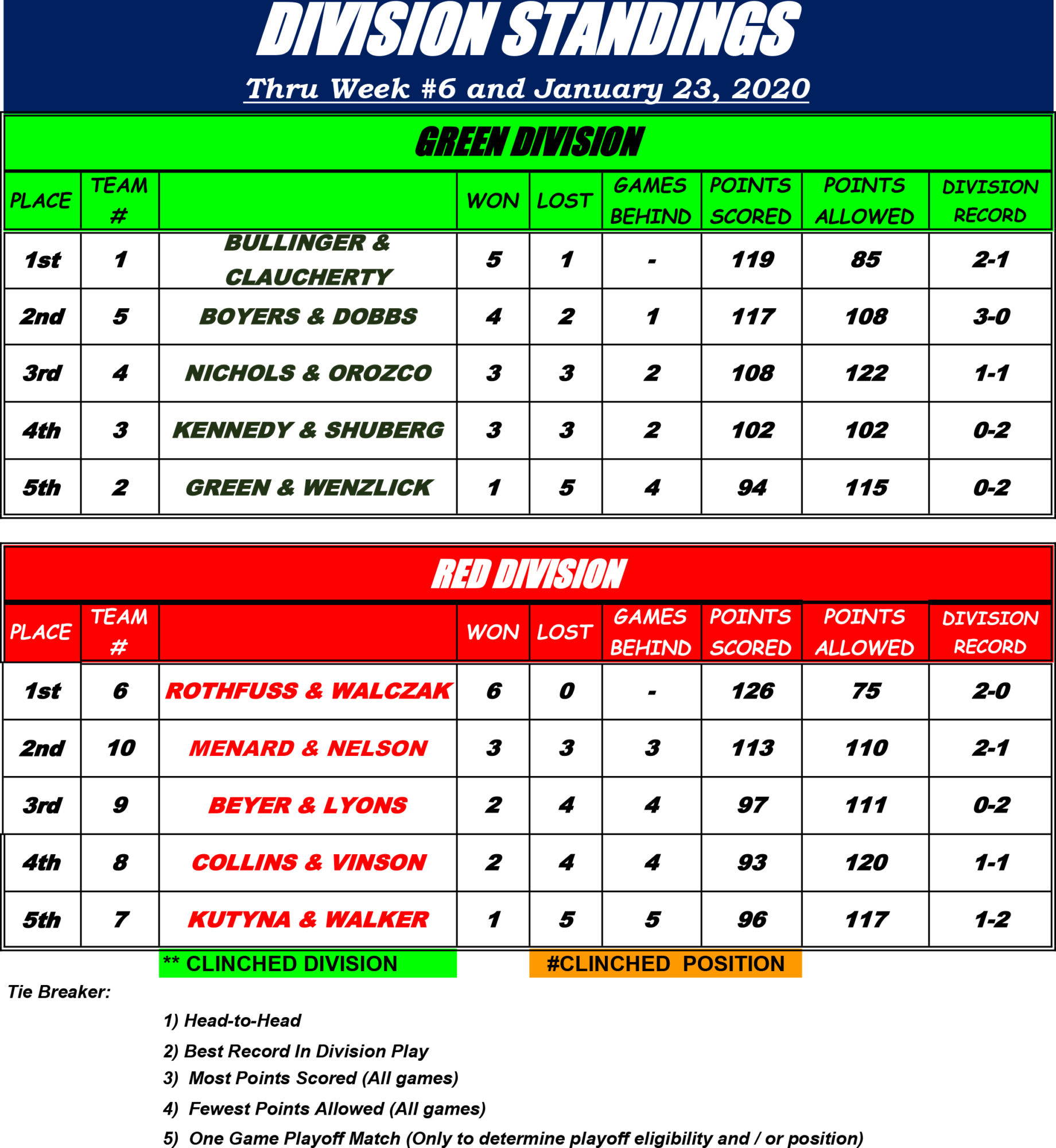 Thursday evenings during the winter, the Clark Lake Men’s Shuffleboard League convenes for long board competition at the Beach Bar.   Play began in December and lasts for 13 weeks.  The league is divided into two divisions with five two–man teams in each division.  The competition culminates in Super Saturday in March when the champions are crowned.  To see how things changed from last week to this week, check out week 5’s results. 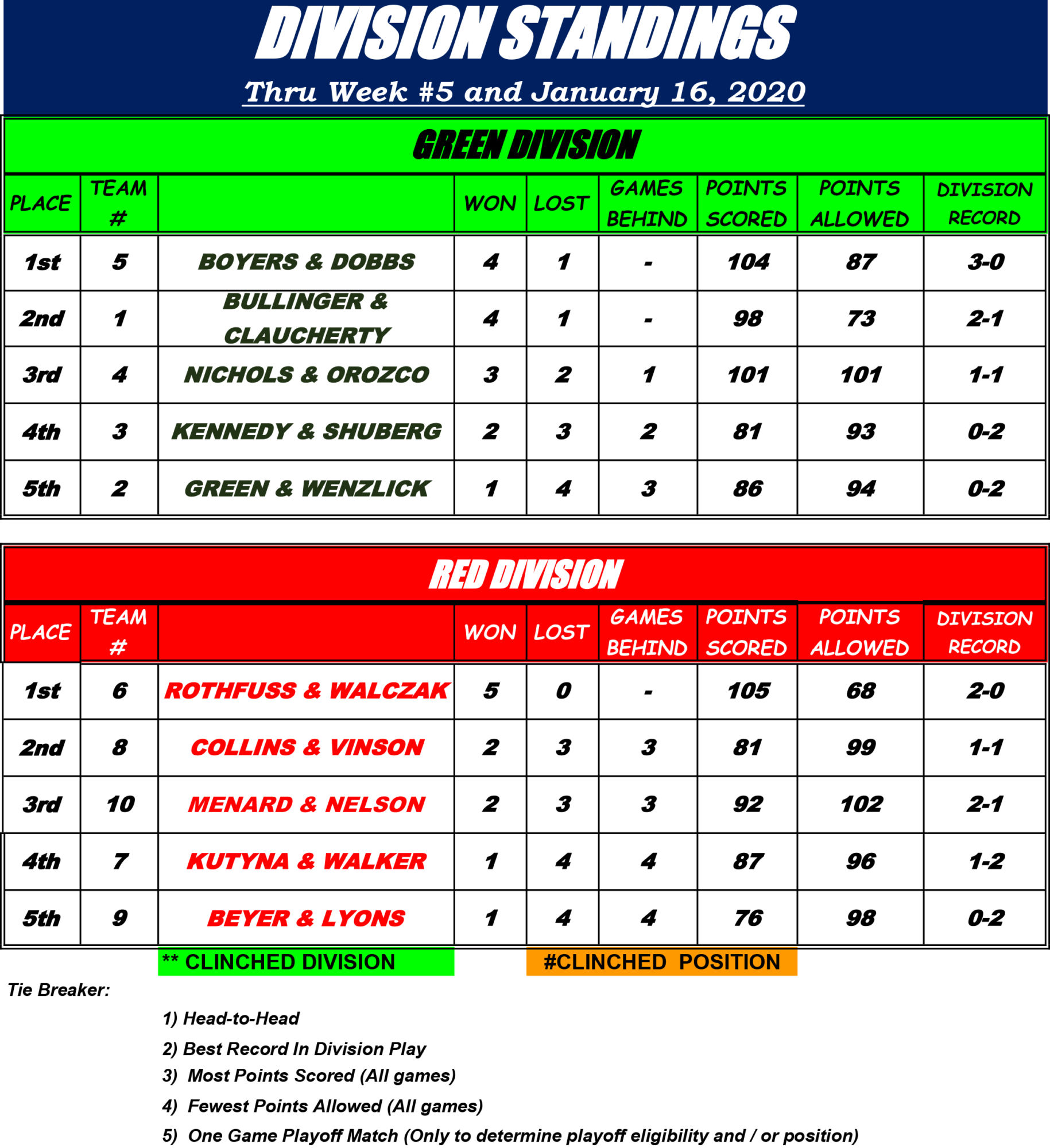 Shuffleboard, or longboard, has a storied history at the Beach Bar.  Tom Nelson says it started 27 years ago when “Tom Collins decided he wanted a shuffleboard table for the bar and purchased the Rock Ola table we have.”  Imagine how much play has taken place on this 65 year old table.

Here are the results from last year’s championship game: 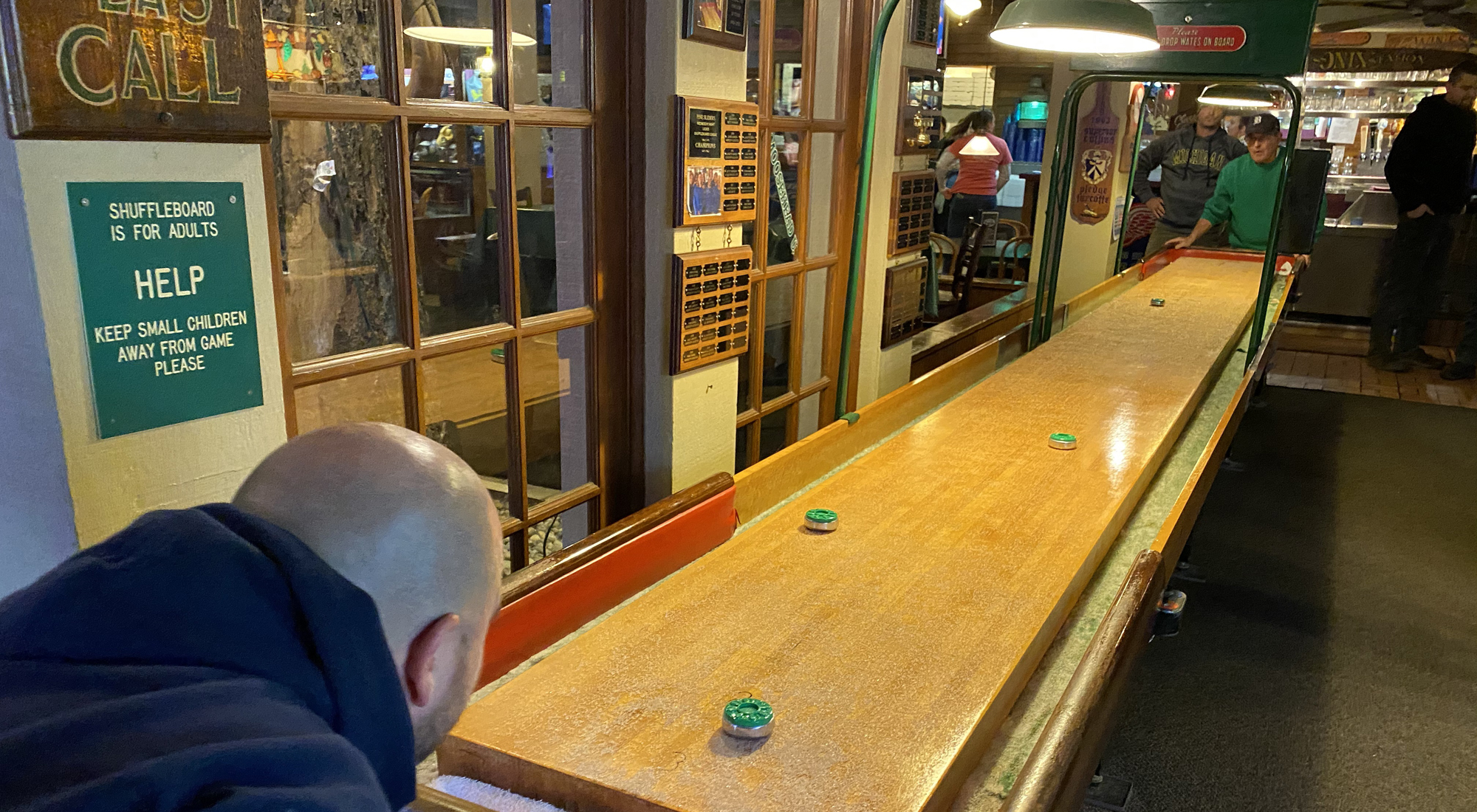