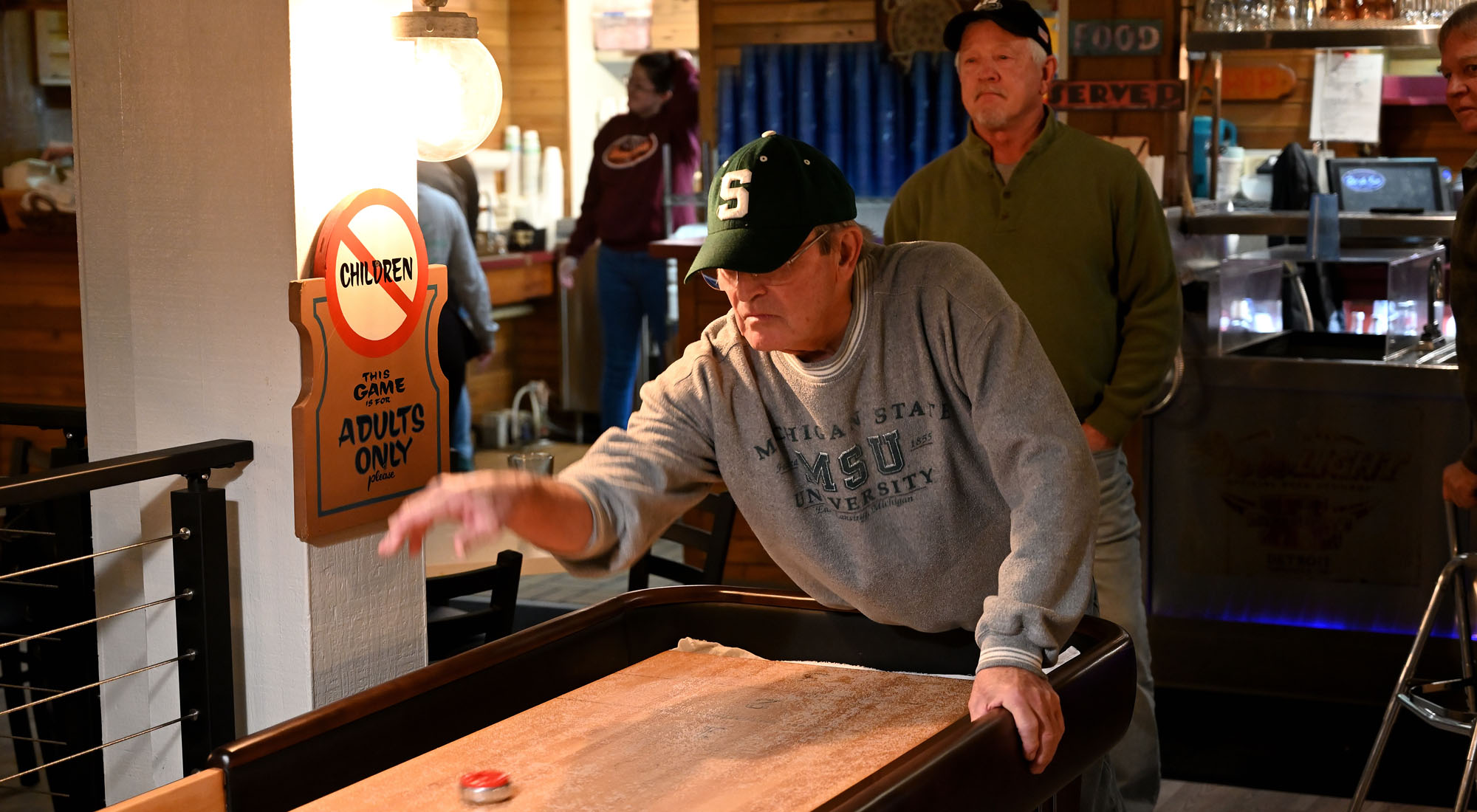 After the holiday hiatus, Clark Lake’s men’s shuffleboard league is at it again.  The competition consists of two divisions (see image).  It also attracts spectators at the Beach Bar on Thursday nights during the season.  Ask a participant, and you will find what draws them to the game is the camaraderie.  But not far under the surface is a streak dedicating to winning. The league reaches way back and has established a long, storied tradition.  A founding member is still on the team. Tucker Boyers says the league is close to achieving three decades of action.  He comments “the more you play, the better you get at this game.  It’s not just luck.” 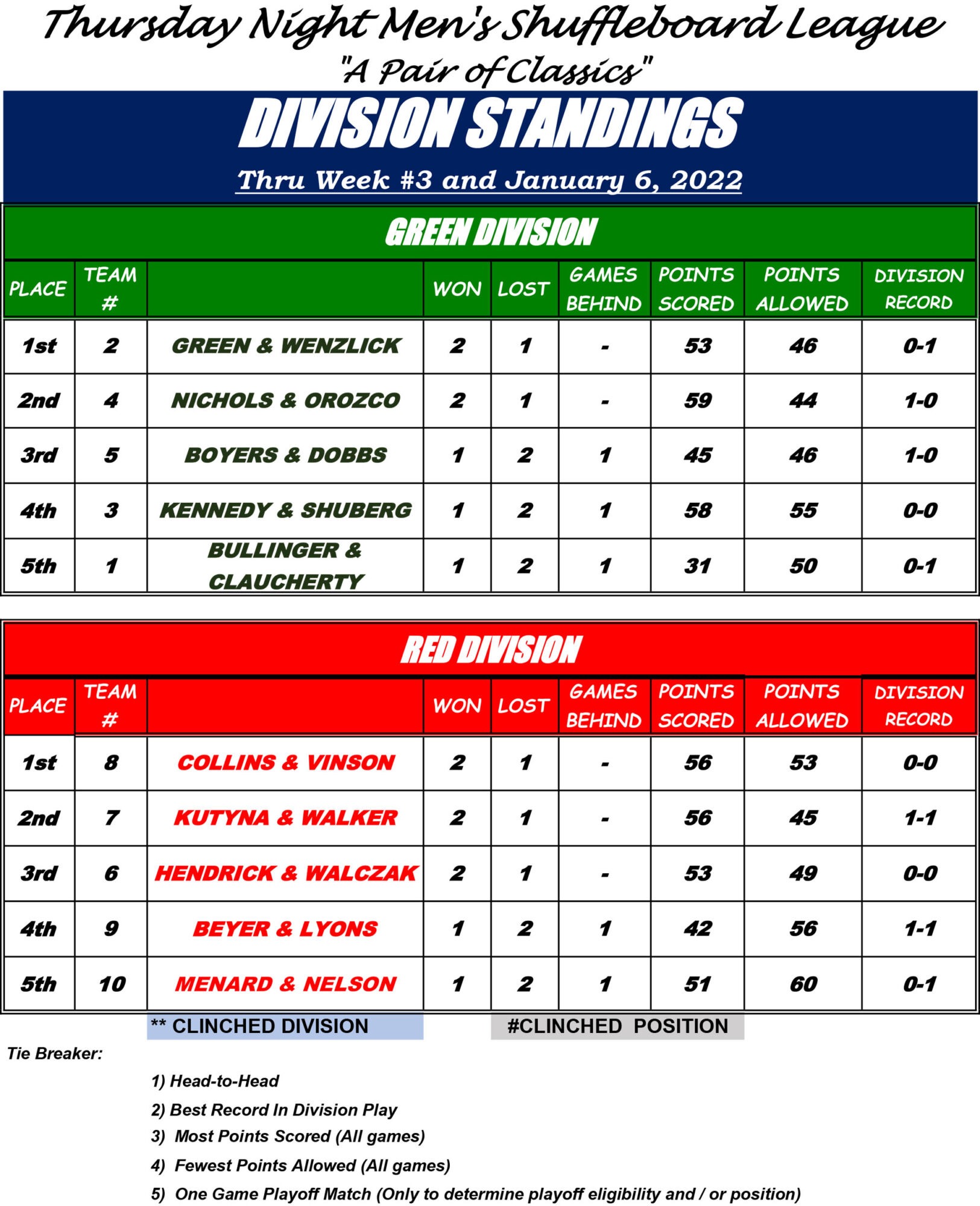 The seventy year old table was acquired by the late Tom Collins.  Years later, it’s still a centerpiece in the restaurant.  The table was recently refurbished.

As you follow results week to week, standings tend to change.  If your two man team falters, Kirk Green attributes it to one or more of these reasons–rules need changing, someone cheated, or the table.  A cause for losing in other sports–the refs–cannot be used.  There are no refs in this competition.