White caps rolled over Clark Lake amid cold blustery winds Saturday.  Inside the Beach Bar the heat was on for Super Saturday, the culmination of the 28th season of Men’s Shuffleboard.  The league champions were Brad Beyers and B.J. Lyons. 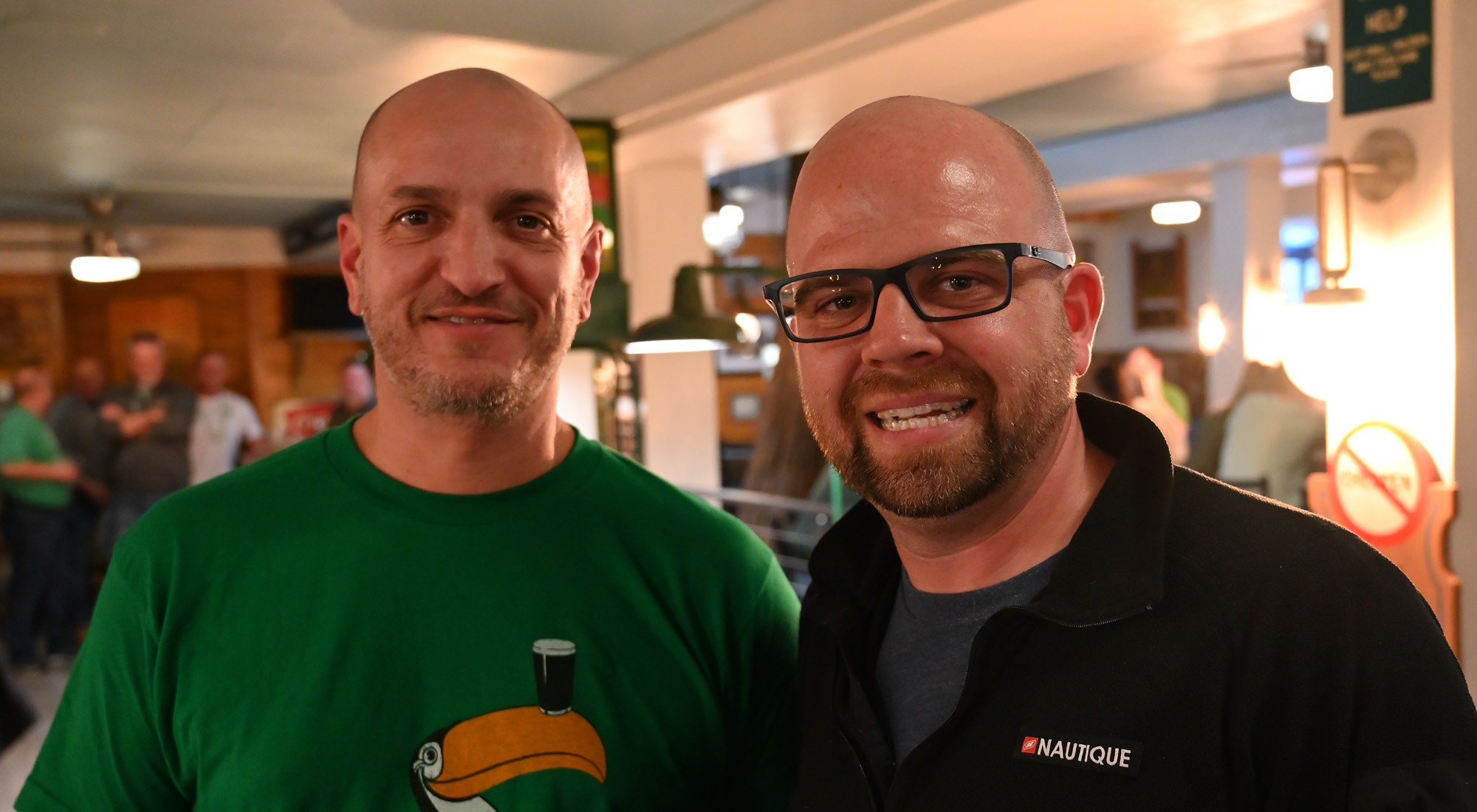 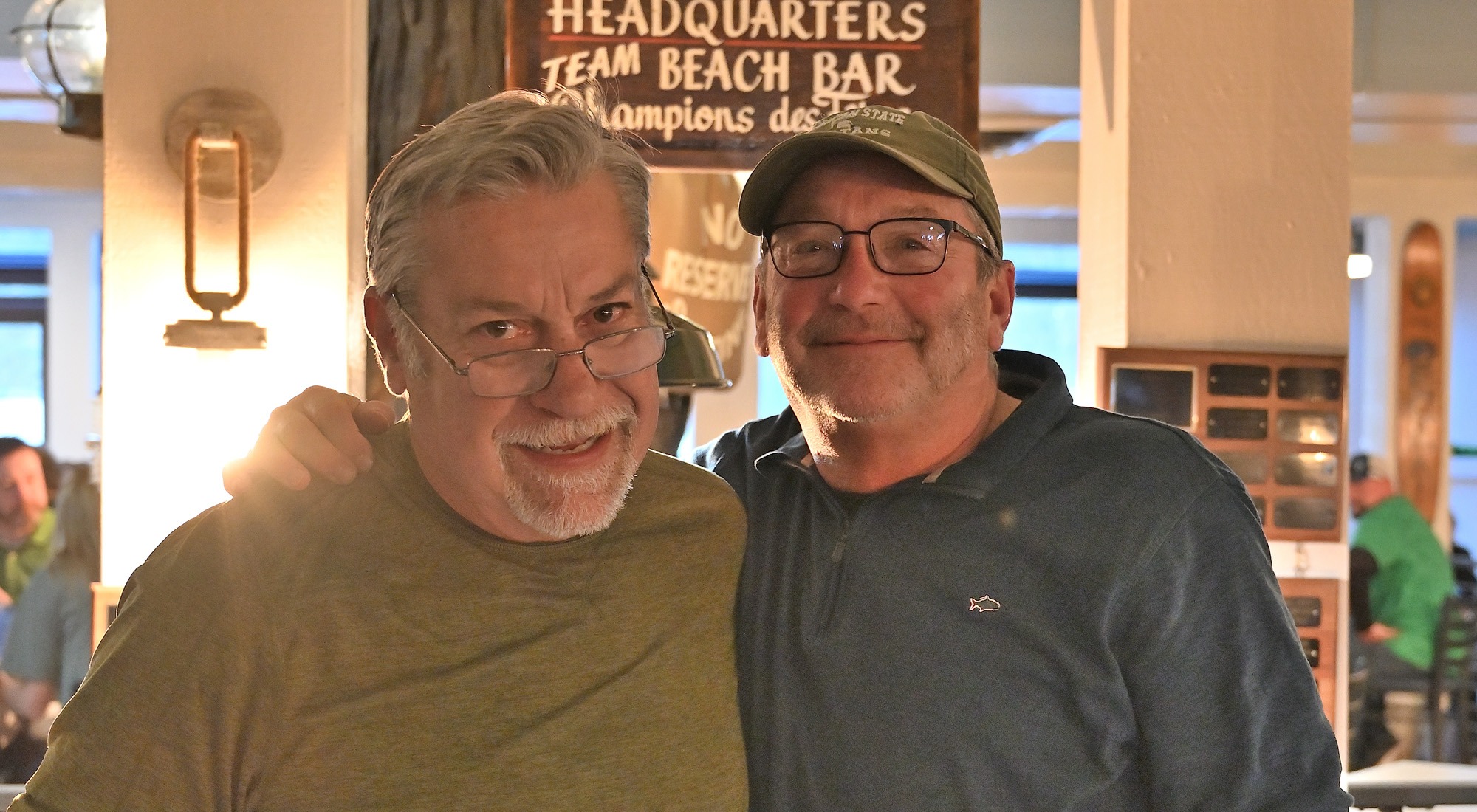 The Tom Collins most valuable player award went to Jerry Dobbs.  Below are the final 2022 standings for the entire league. 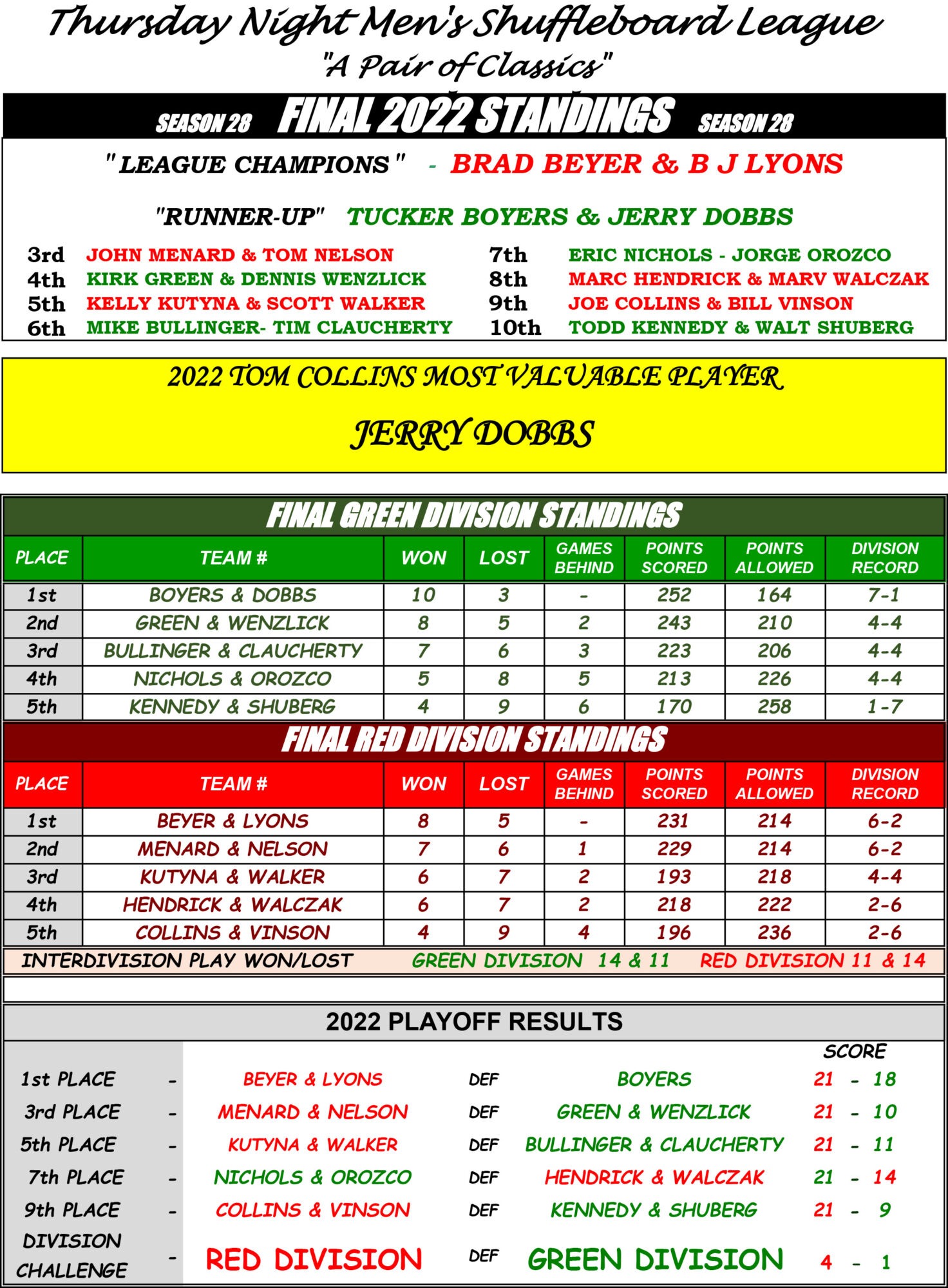 Watch the video to find out what happened including comments from the victors, runners up, and Tom Nelson.

The league consists of two divisions–Red and Green.  Each division has five two-player teams.  And here they are.

As the competition intensified, players and spectators kept their eyes on the action.