As a way to say thank you to Clark Lake for years of great times, the Mahalak’s presented an awesome fireworks display this evening.  It was also a way to celebrate the completion of the Mahalak’s two side-by-side cottages.  The celebration began with friends and neighbors stopping by in the afternoon, accompanied by live music.  The celebration was capped with the fireworks. In this video, catch the crescendo of the final minute.

Diane Deming, who has captured some of the best firework photos ever, stopped the action in its tracks so you can explore the fine intricacies of the detail.

The fireworks were launched from a barge between the two new cottages.  Ralph Mahalak Jr says that Starfire Fireworks did the honors. They are known for the fireworks at sporting events like the Mud Hens and Penn State.  Earlier, Ralph Jr predicted “these guys know how to dazzle,” and dazzle they did.

The Mahalak’s have nearly a 40-year history at Clark Lake that began when Ralph Sr and his wife, Jane, purchased a cottage in the Kentucky Point cove.  That started the long tradition of the Mahalak’s enjoying Clark Lake every summer. “I was about 20 and a sophomore in college at the time,” recalls Ralph Jr.  “My four siblings—Mike, J.P., Monica, Alex—and I got Clark Lake in our blood.“  And nothing about that has changed through the years.  “There is something magic about being here. No matter what may be on your mind about business or otherwise, you put it aside when you arrive at the lake.  When you’re here, everything is good.”

And about his family, the lake, and tonight’s show, Ralph Jr says “the Mahalak’s are very excited to give back to our Clark Lake neighbors.” 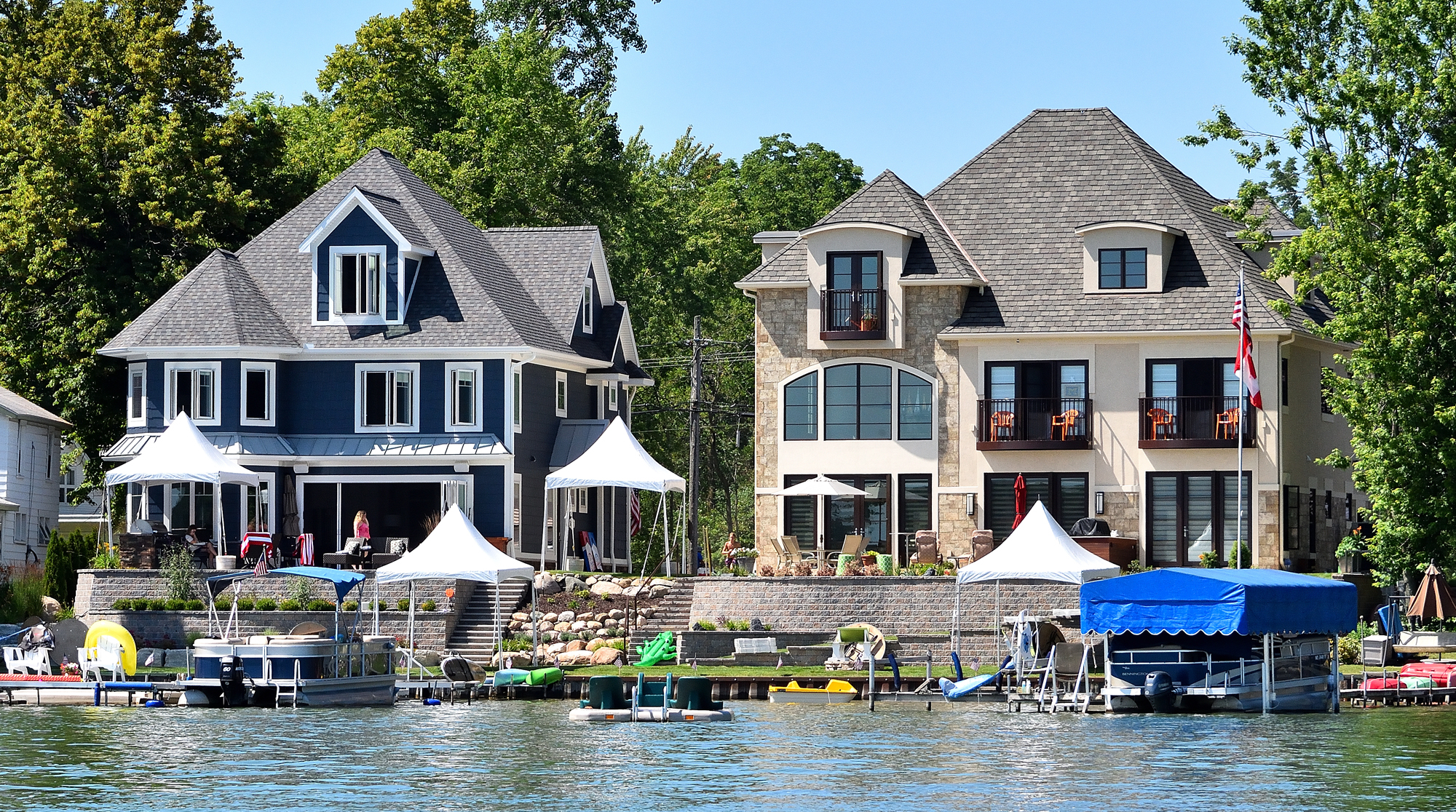 Note:  You could also see tonight’s show on the DamCam.  A Clark Lake family in Toledo who couldn’t be here, said they enjoyed it even if they were 60 miles away at the time.