Sergeant Jay Niles of the Columbia Township Police department was involved in a one-vehicle accident on Friday, July 26.  He was released from Henry Ford Allegiance Hospital yesterday (Monday). 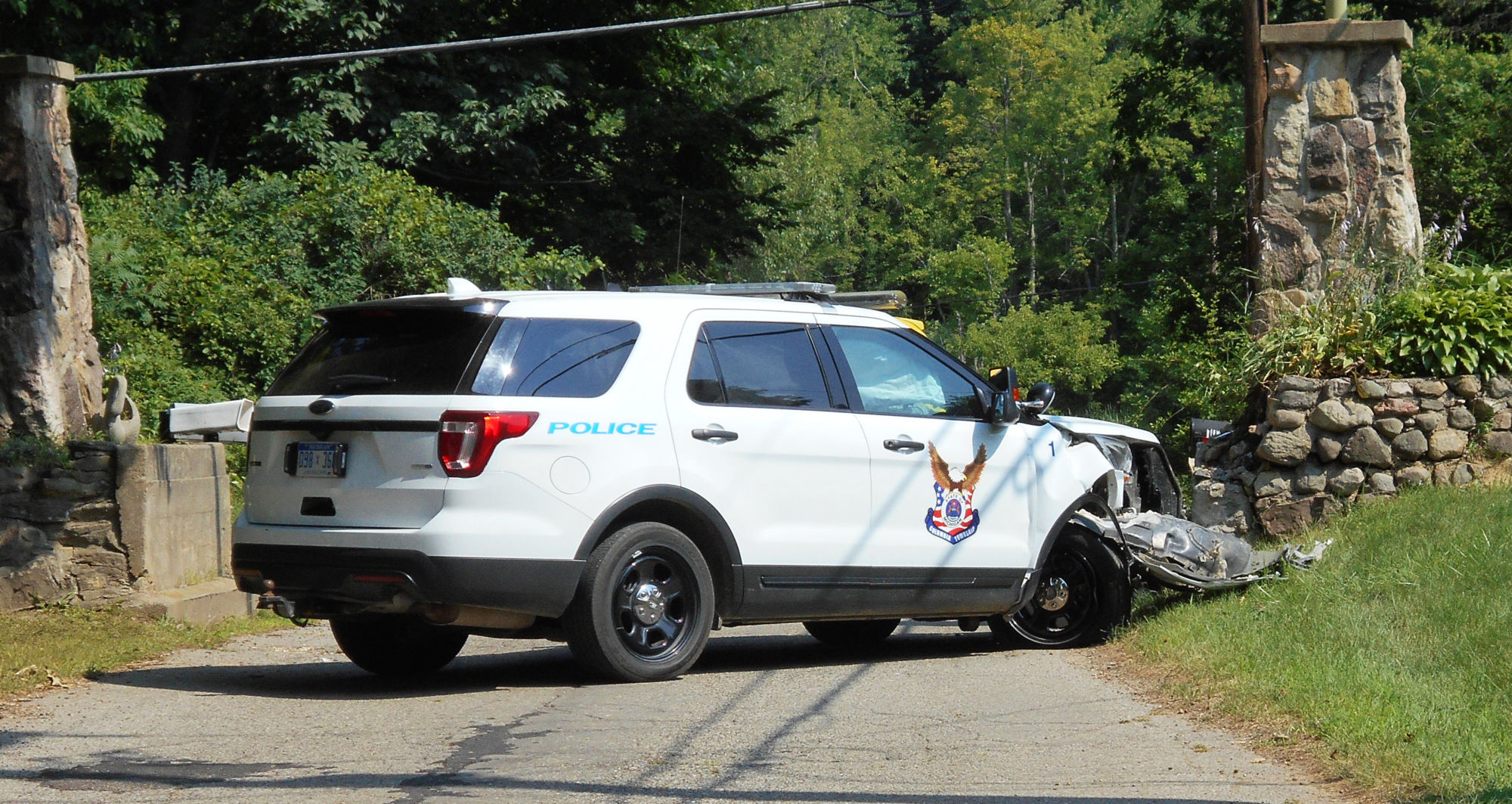 According to Columbia Township Police Chief David Elwell, Sergeant Niles had been assisting the Columbia Township Fire Department in the Wamplers Lake area.  The accident occurred as he departed.  According to Jackson County Undersheriff Chris Kuhl, “the car was northbound on Oakwood Beach Drive and struck a large concrete pillar.”  He noted the vehicle was operating normally, meaning “not on the way to an emergency.”

In an ambulance already at the scene, Sergeant Niles was taken to the hospital.

Hitting a large immovable object, even at a low rate of speed, as its effect. The police car sustained heavy damage, including a bent frame. Columbia Township carries insurance on its vehicles.   Chief Elwell indicated that the department will seek to have the vehicle replaced.

Undersheriff Kuhl said an “investigation is going on at this time.” 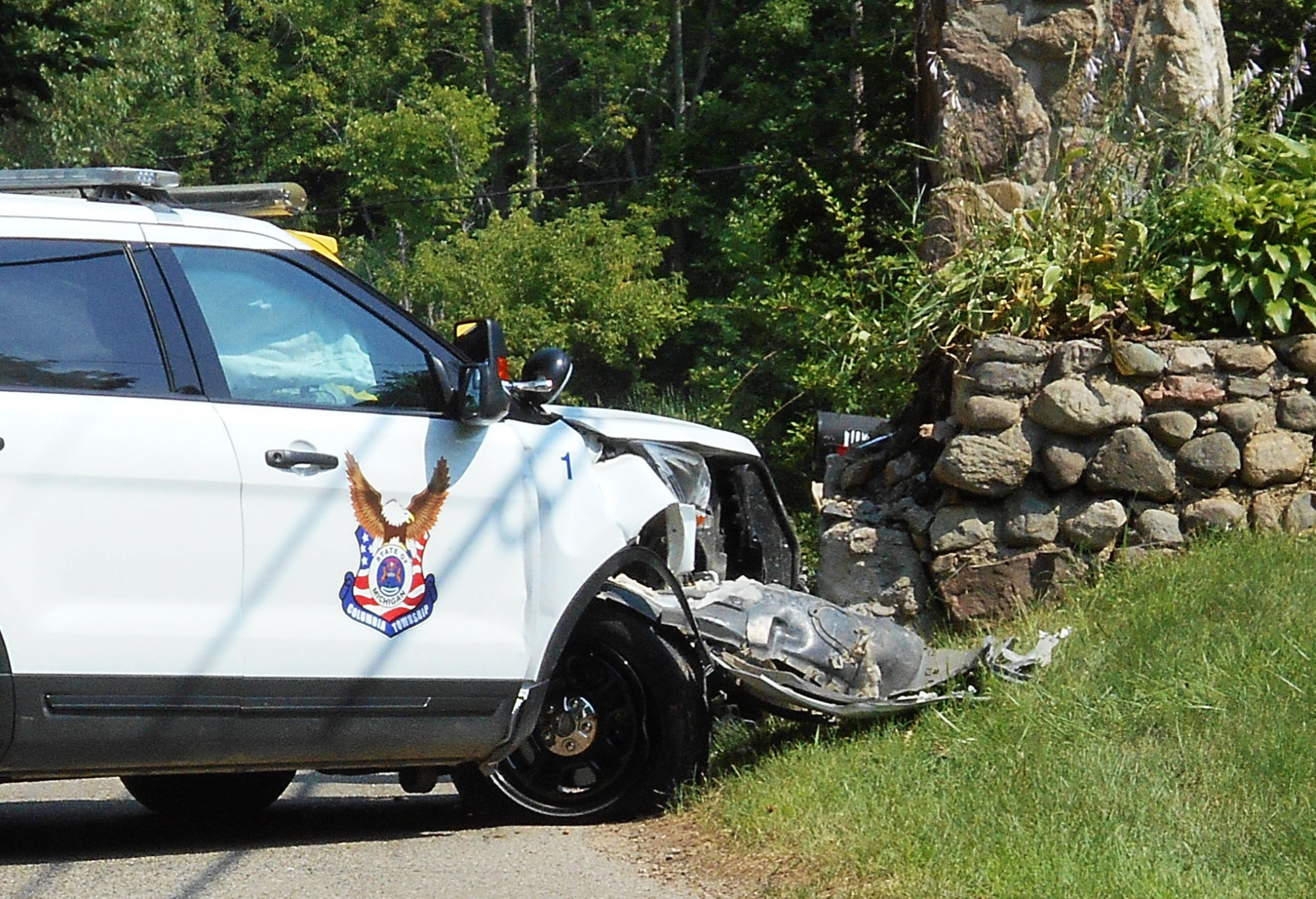