At Clark Lake, most days typically offer a unique view, with the proverbial 7 points of difference.  That variety is largely dependent on weather conditions.

The day after Christmas (yesterday) was sunny and warm with a high of 60.  That had been preceded by several days of warmer weather, putting the ice cover on the lake in a precarious state.  But, as of yesterday, the only open area on the lake was around the Eagle Point bubblers.

What put the ice on the lake was an early taste of winter.  That included 8 inches of snow followed by a drop in temperature to 9 degrees.  On another cold night, the temperature dipped to 7.

To those looking out on the lake from the Eagle Point shoreline this morning, the ice was gone. That view didn’t tell the whole story.  There was still lots of ice in areas more protected from wind like Pierces Bay, near the head-of-the-lake, the Eagle Point and Kentucky Point coves, and other sections of the east end.

This video gives you a way to compare yesterday to today.  It starts with images recorded by Dronzilla One yesterday, followed by views from land today.

For the most part, the first area to lose ice was also the last to freeze.  You can see the deep blue clear ice in this aerial photo taken by Andy Anderson while flying over the lake on December 21st. 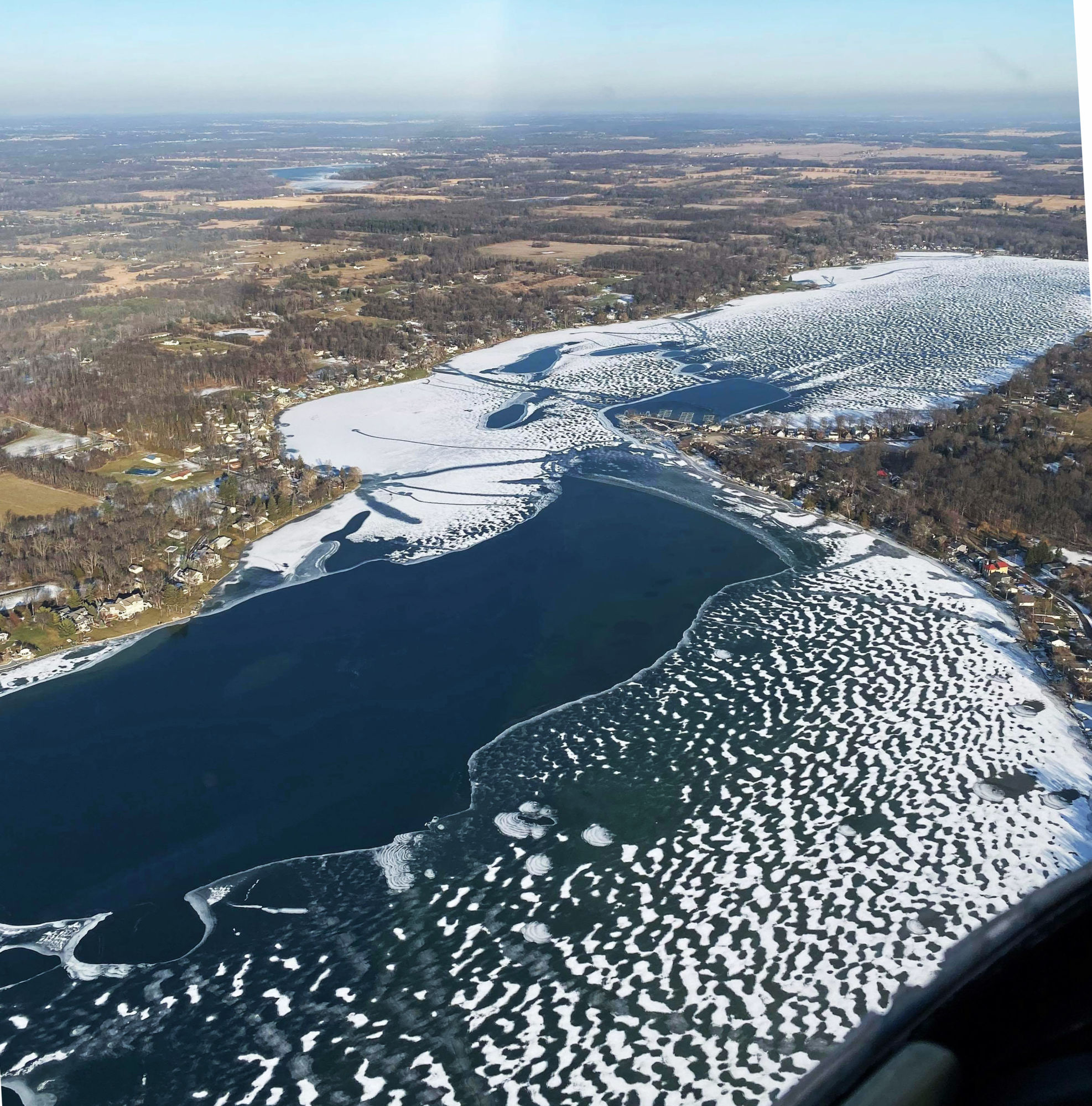 Photo from airplane: Andy Anderson (thanks also to Elise Fish)

Dronzilla One, other photos, video, and story: Rick Belcher