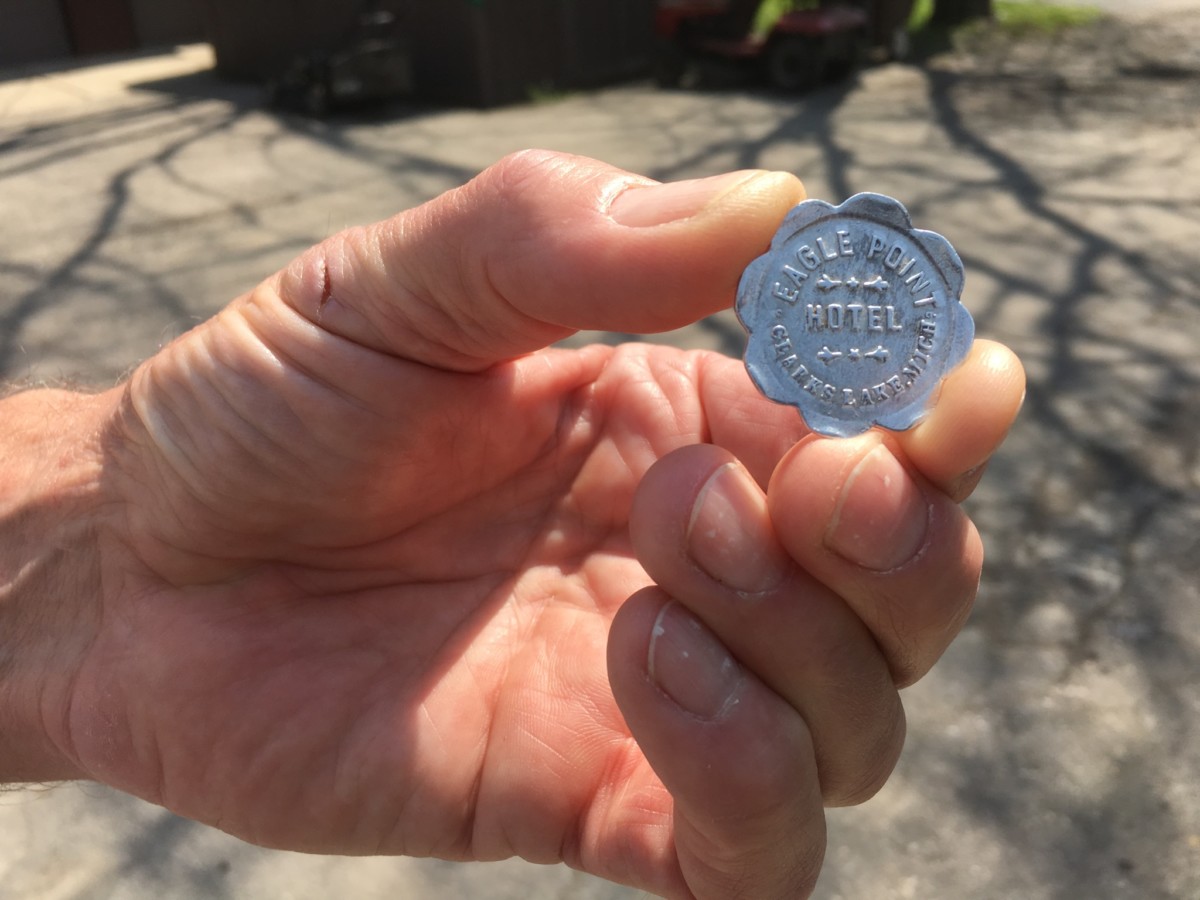 Is it possible that in addition to owning and managing the Eagle Point Hotel and Resort, Rollo was also in the minting business?  There is something to this.  Recently found was a five-cent token given out to be redeem at the hotel.  The five-cent piece was discovered by Bob Fish and was among his mother’s belongings.  His mother, known as Micky, worked in the hotel dining room for a time.  He believes that the token might be from the late forties or early fifties.

Bob has donated this bit of Clark Lake history to the Clark Lake Community Center, where it will be on display with other pieces of memorabilia that focus on our past.

Below, enjoy a slide show of Eagle Point photos that span a number of years. Included are the various permutations of the hotel, the pavilion, and resort activities. Click here to view an Eagle Point income statement from 1947.  As you will see, Eagle Point did not mint a lot of money!