Pine Riders Put on a Show 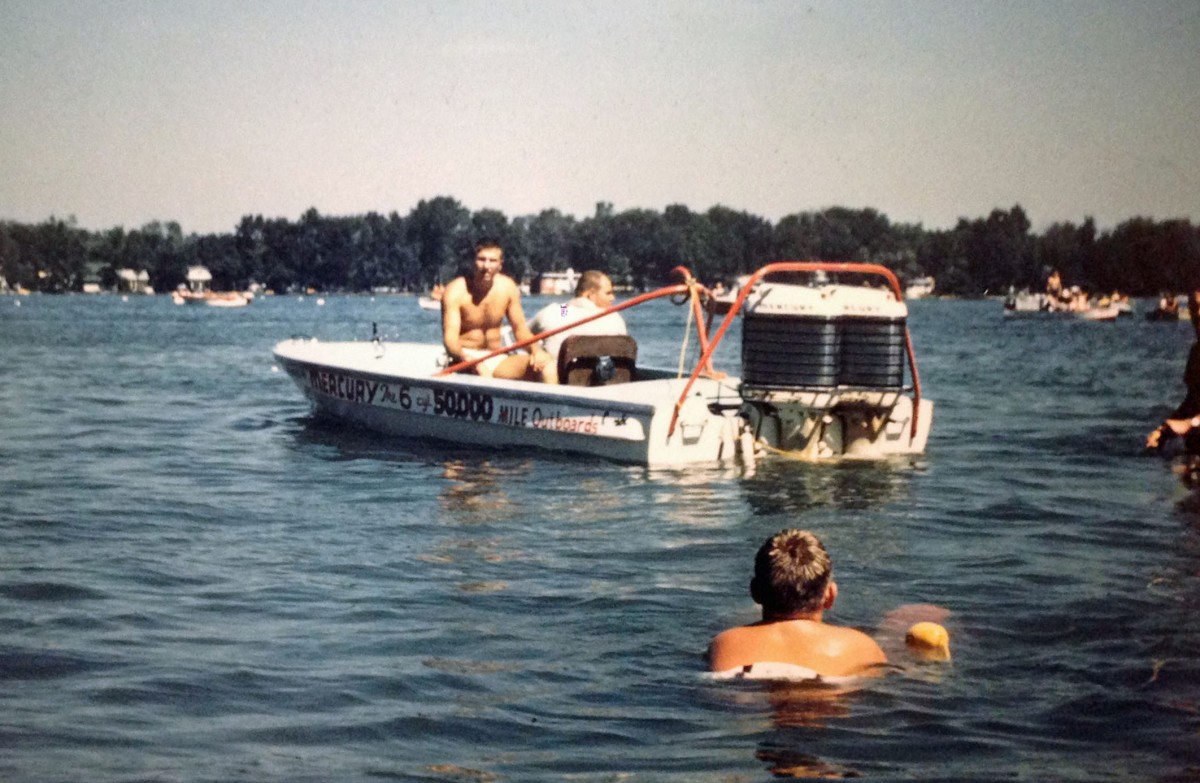 The Pine Riders Water Ski Club was mostly known by the success of its members.  Many names are still familiar at Clark Lake–Vermeulen, Curtis, Belcher, Krupa, Timberlake, King, and Broderick.  These, and other Pine Riders, collected winning hardware from Clark Lake tournaments, sponsored by the Cit and Pat and/or the Club–and from tournaments country-wide.    But it took other interested skiers and non-skiers to support the sport on Clark Lake waters.  There were activities like maintaining the slalom course and ski jump.  The Pine Riders also put on shows. On a Sunday, August 21st at 3 pm, the Pine Riders presented a show at the west end of the lake at the old school house, now the Township Park.  Below is the program for the event. And from a count of the number of ads, the program might have been a fund-raiser for the Club.

Jon Broderick, who was one of the original Pine Riders, indicates the club formed in 1956.  Eventually the Pine Rider members headed for college, careers, or both.  It’s not known exactly when the Pine Riders stopped using their skis on the lake and began using them as cottage wall decorations.  At some point, the Clark Lake focus morphed into other activities–like Fleet 58.  But if you were around Clark Lake in the 1960s, you’ll enjoy this ski show program.  You’ll see names of individuals and businesses that will spark memories.  Even if we don’t live in the past, it’s a great place to visit, especially this special summer Sunday in 1966.  Check it out, and enjoy!  (Click or tap to enlarge any page  or photo; repeat, to reduce.) 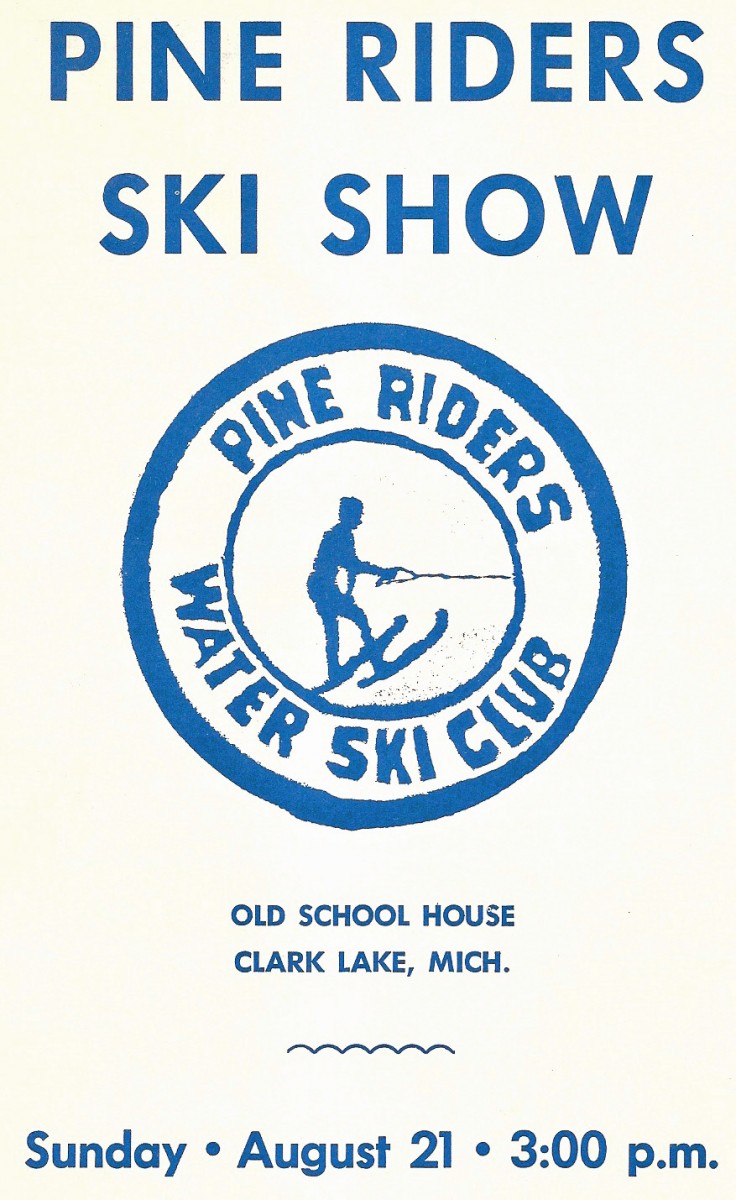 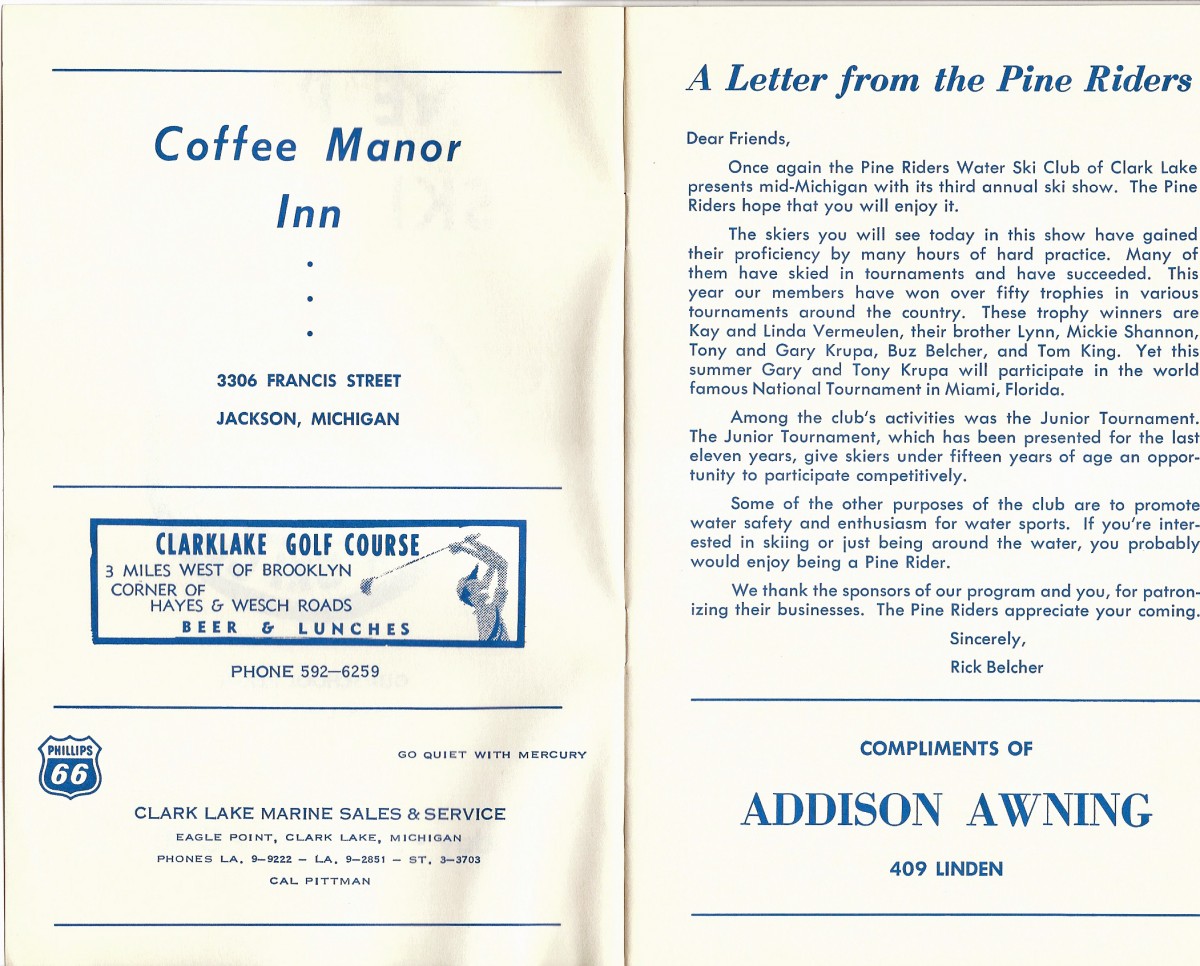 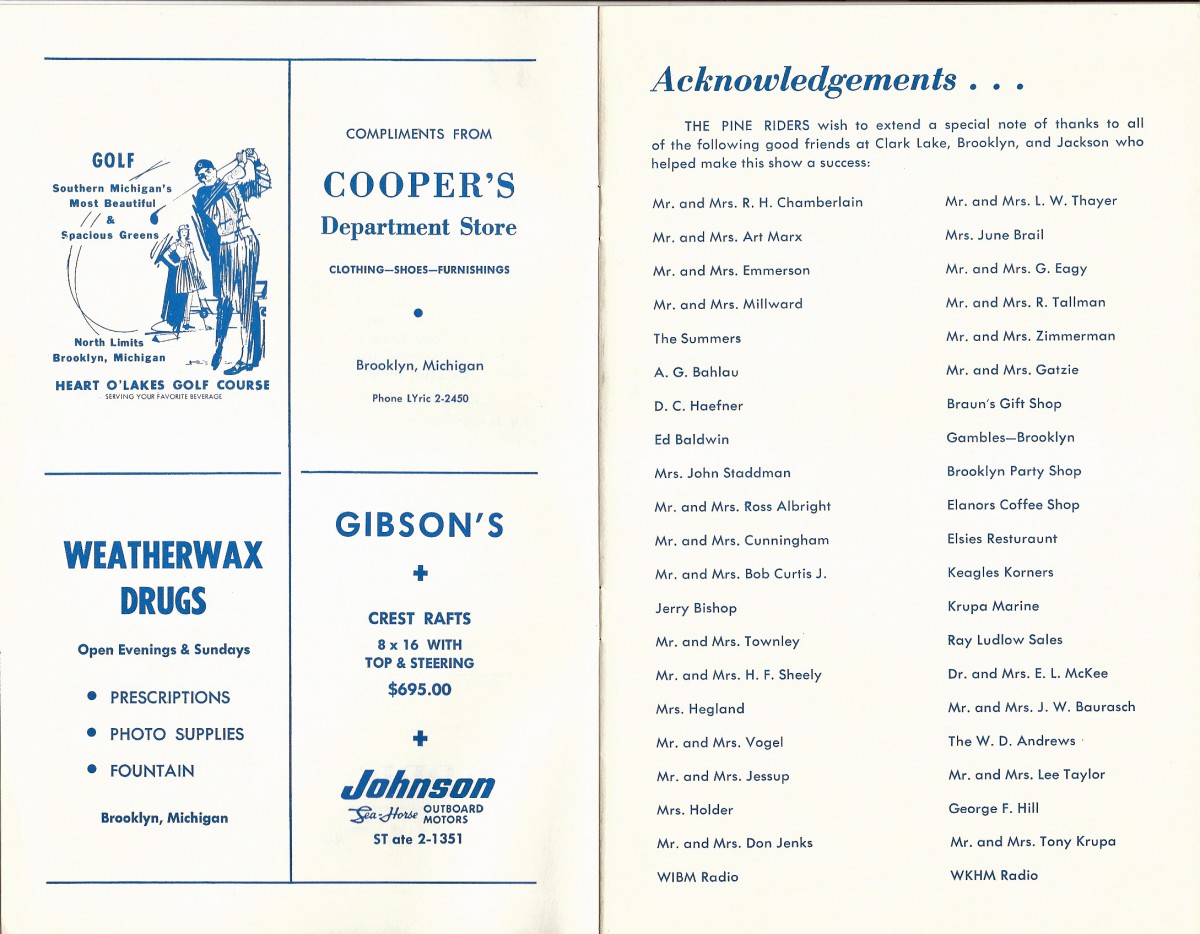 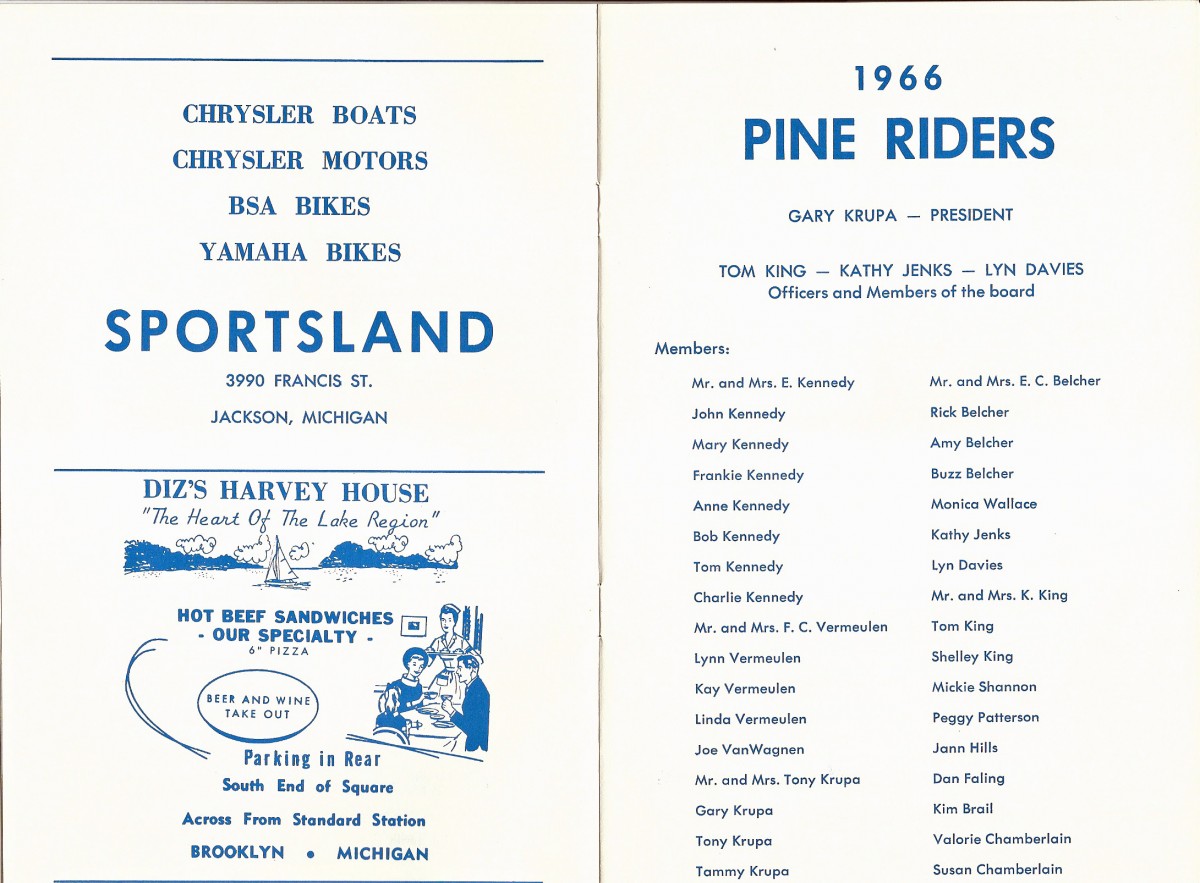 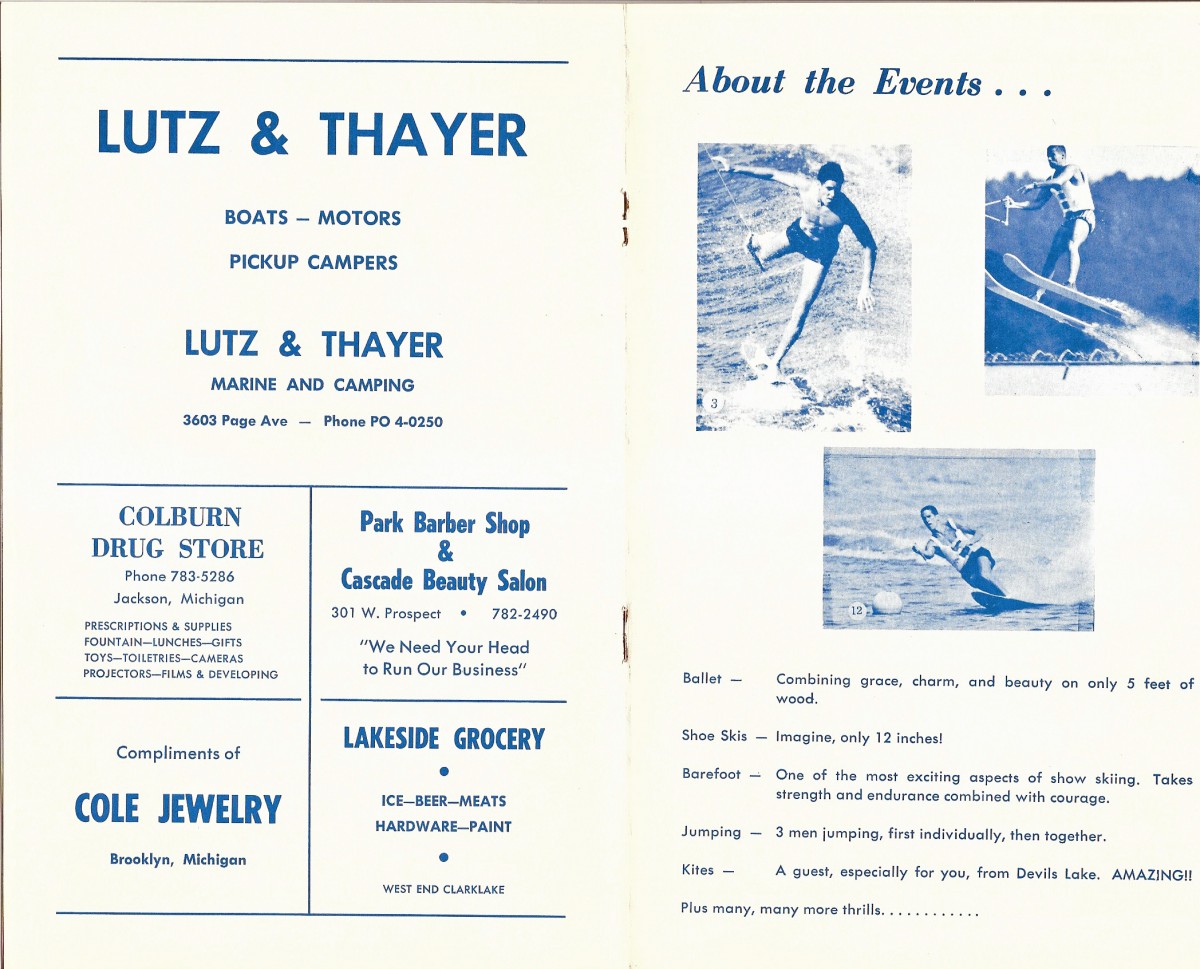 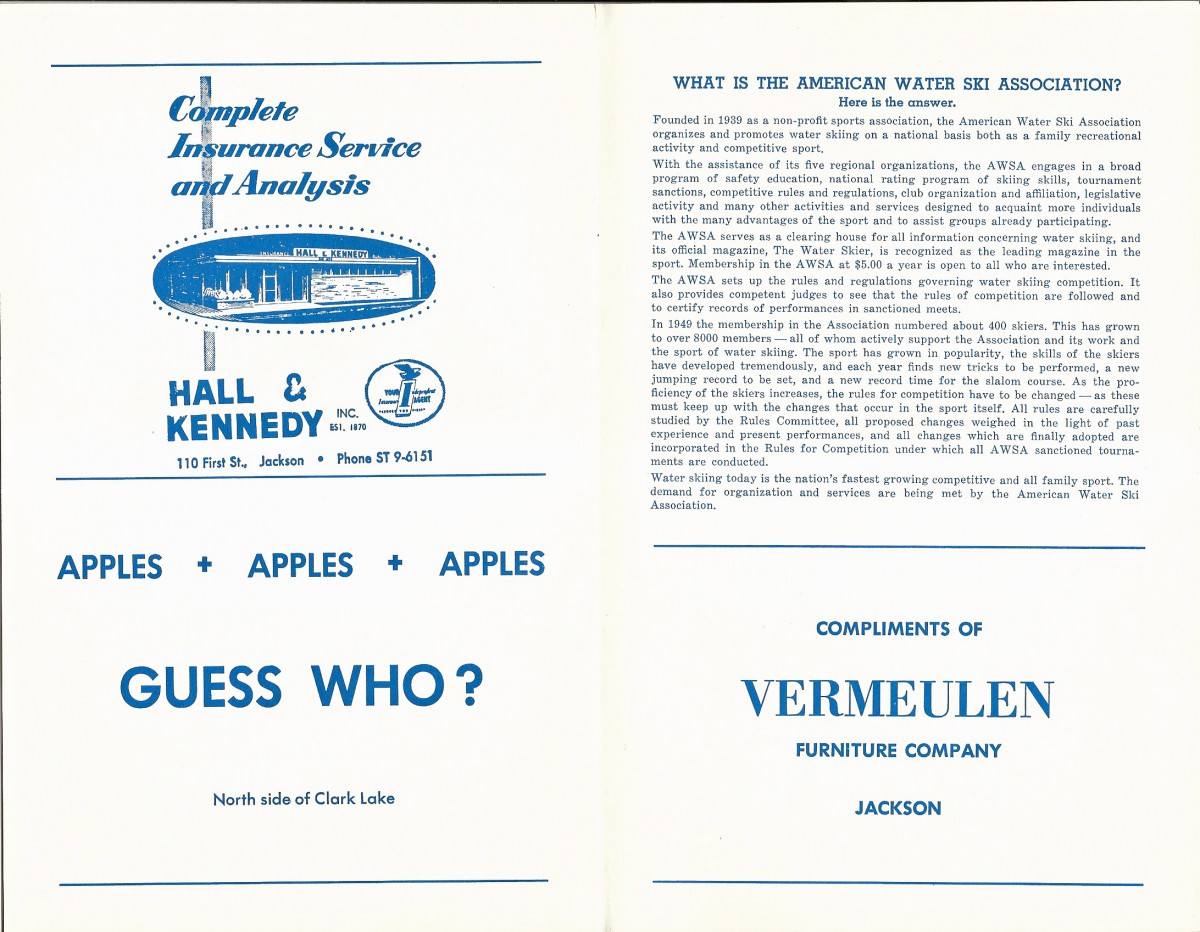 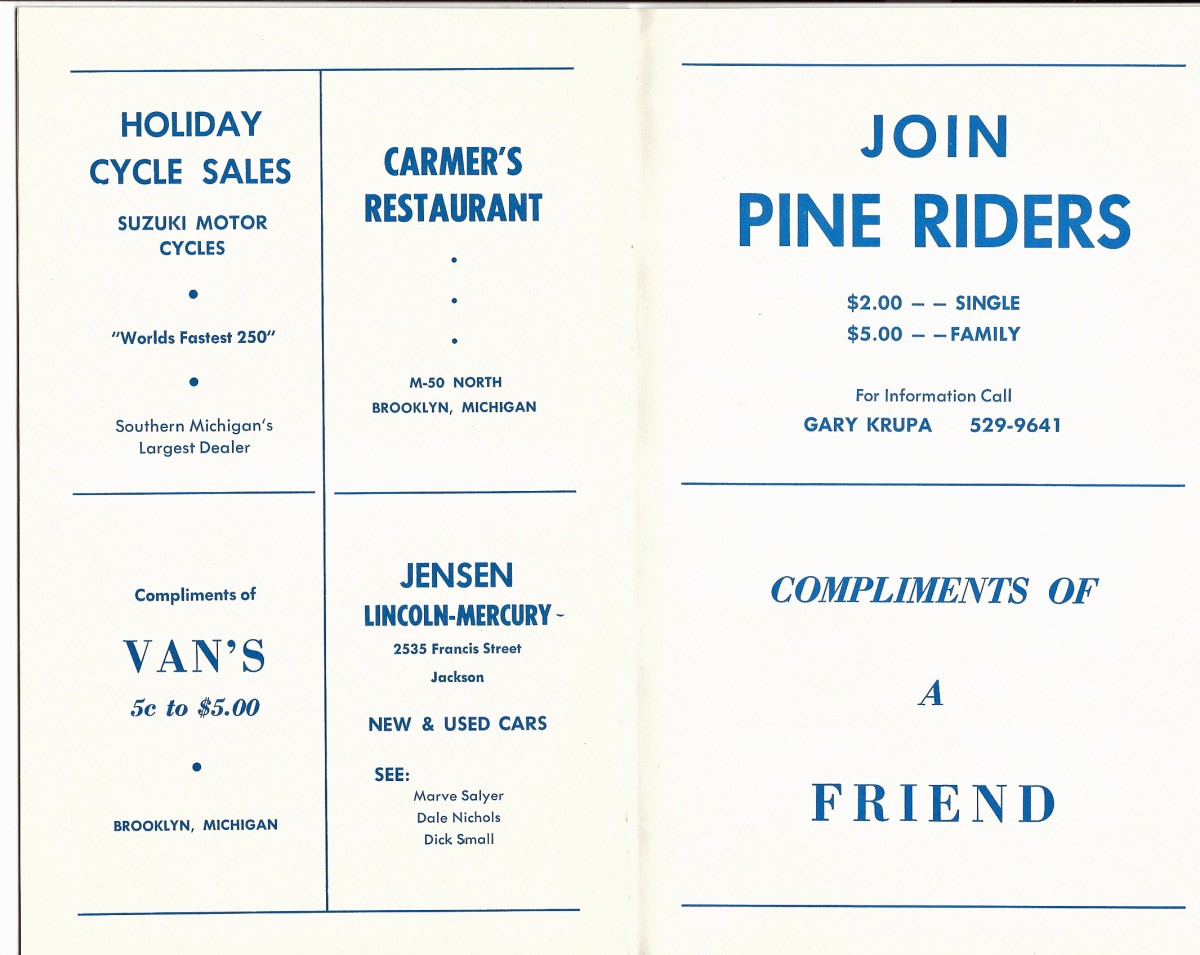 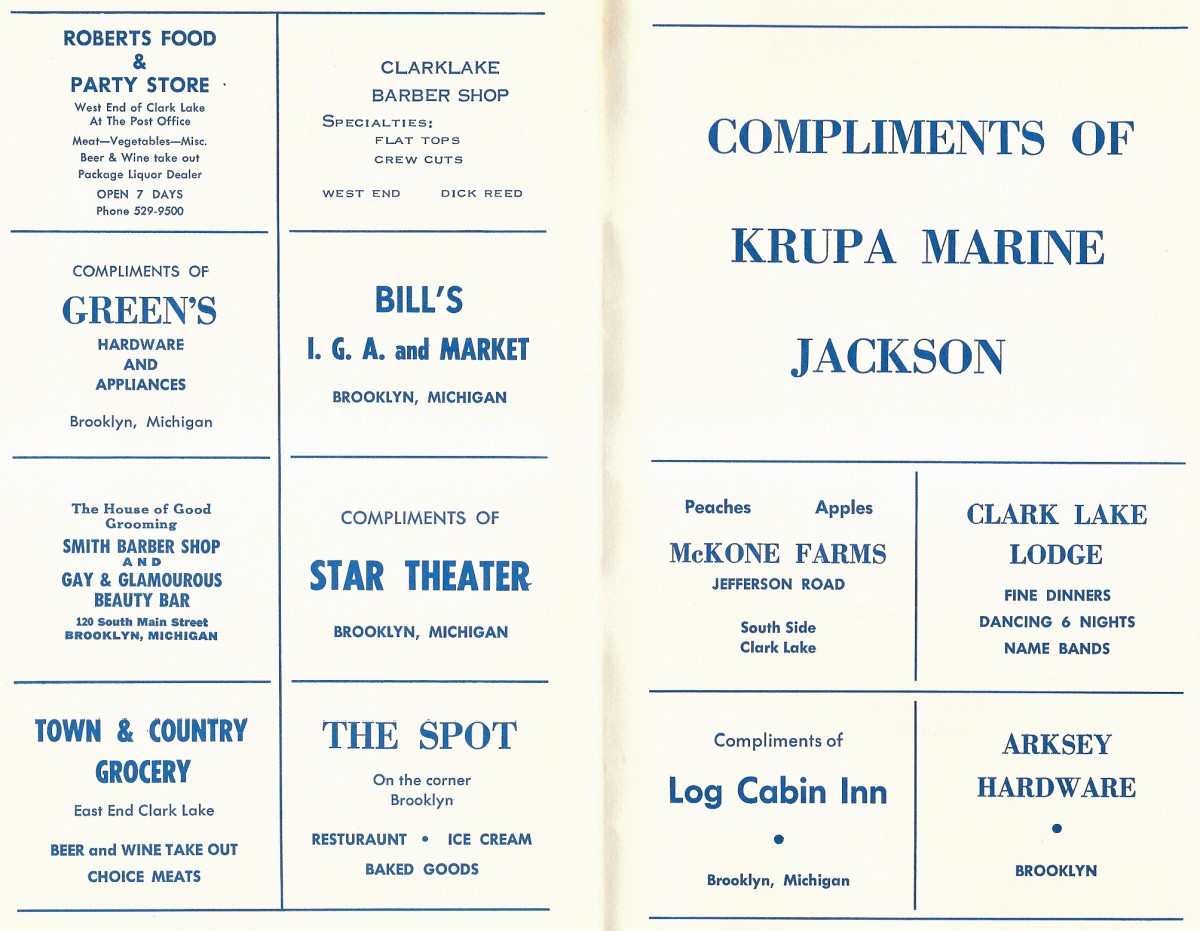 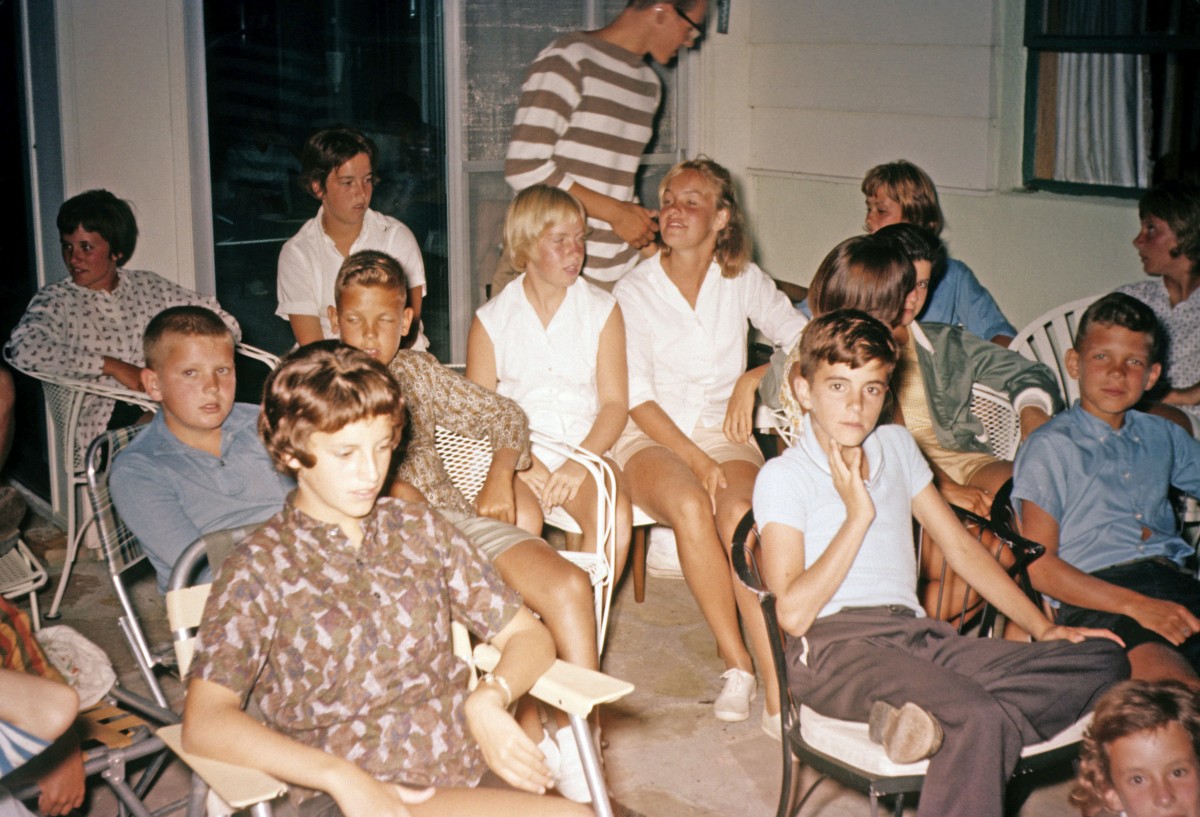 The Pine Riders in the midst of one of their meetings, plotting out the next move. Recognize anyone??