The historic house, known as the Hitt farm on North Lake Road, is well over 100 years old and on the United States Department of Interior’s list of Historical places.  Today, the Hitt farm is still owned by the family and serves as a private vacation rental.  The article below was written by Walter Reed and Richard Hitt.  Richard Hitt died in 2008.

When you drive by the white farmhouse and white barns on North Lake road, don’t you wonder when they were built and what part they play in the history of Clark Lake? 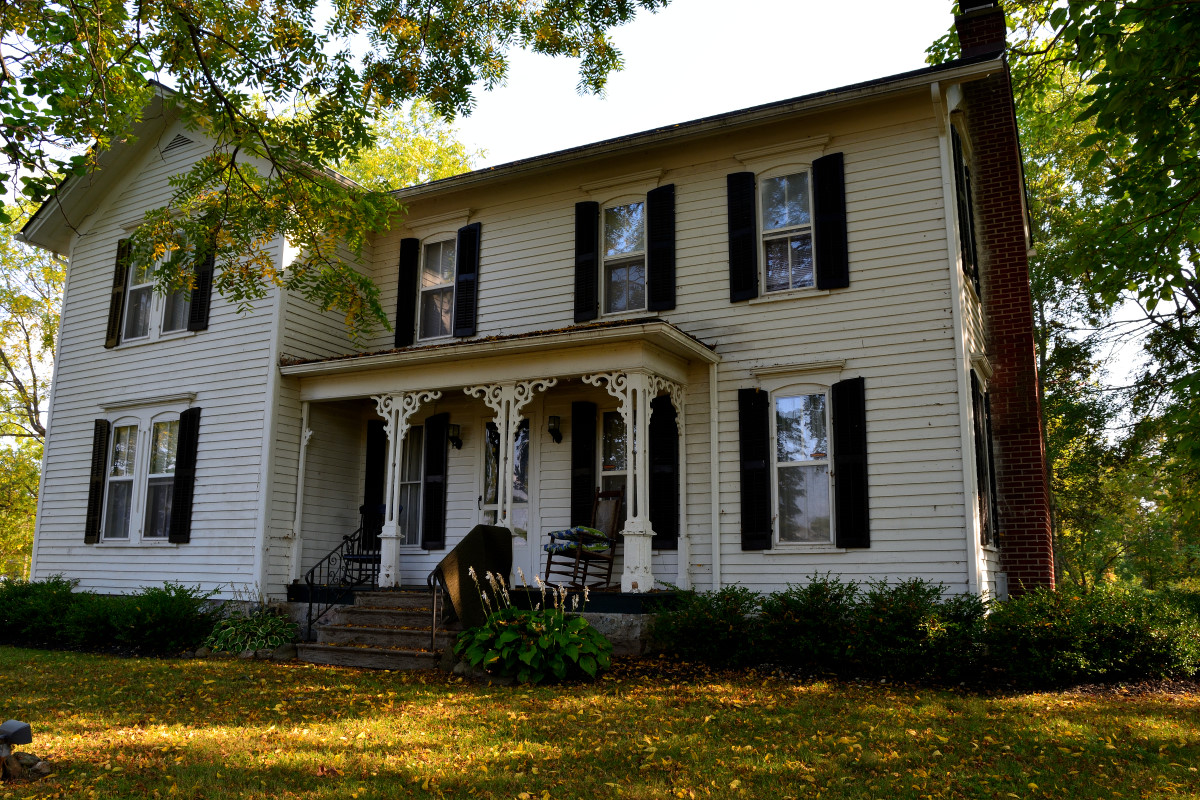 The quick answer is that they are a very important part of the Hitt family history, the lake, and the Clark Lake Community Church.

The Hitt family owned and operated the farm for over 170 years. Ephraim Hitt came to Clark Lake from Delaware County, New York by Ox Cart. Ephraim was a descendent of Henry Hitt who had emigrated from Devon, England to the new world in 1675.  Ephraim’s father Dennis Hitt joined the Minute Men in 1775, serving from the Battle of New York to the surrender of the British at Yorktown.

Ephraim first constructed a log cabin on 40 acres of land purchased from Frank Stranahan. The cabin was built on the lake shore west of Kentucky Point.

The young couple had eight children.  Seven of whom were buried before adult hood in the Clark Lake Cemetery, victims of consumption.

The only child to survive, Gordon, went to Bridgewater, Michigan (near Saline) where he worked as a hired hand for Squire Aulls and subsequently married his daughter, Eliza.

The two returned to Jackson County and bought a farm in Spring Arbor Township. Gordon took over the Clark Lake farm after the death of his father. 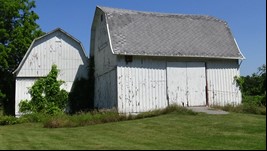 Believing the lake dampness to be the cause of death of his brothers and sisters, Gordon Hitt decided to build his home away from the lake and did so in about 1868.

Dick Hitt dates the farmhouse by the front door bell, which has an 1868 inscription.

Gordon and Eliza had three children. They were Elmer, Frank, and Mary. Gordon died at the age of 75, leaving the farm to be worked by son, Elmer, with the help of his brother.  As the years went by the oldest son, Elmer, took title to the Clark Lake farm while his brother, Frank, took the Spring Arbor farm. Through the years, they settled with their younger sister, Mary. 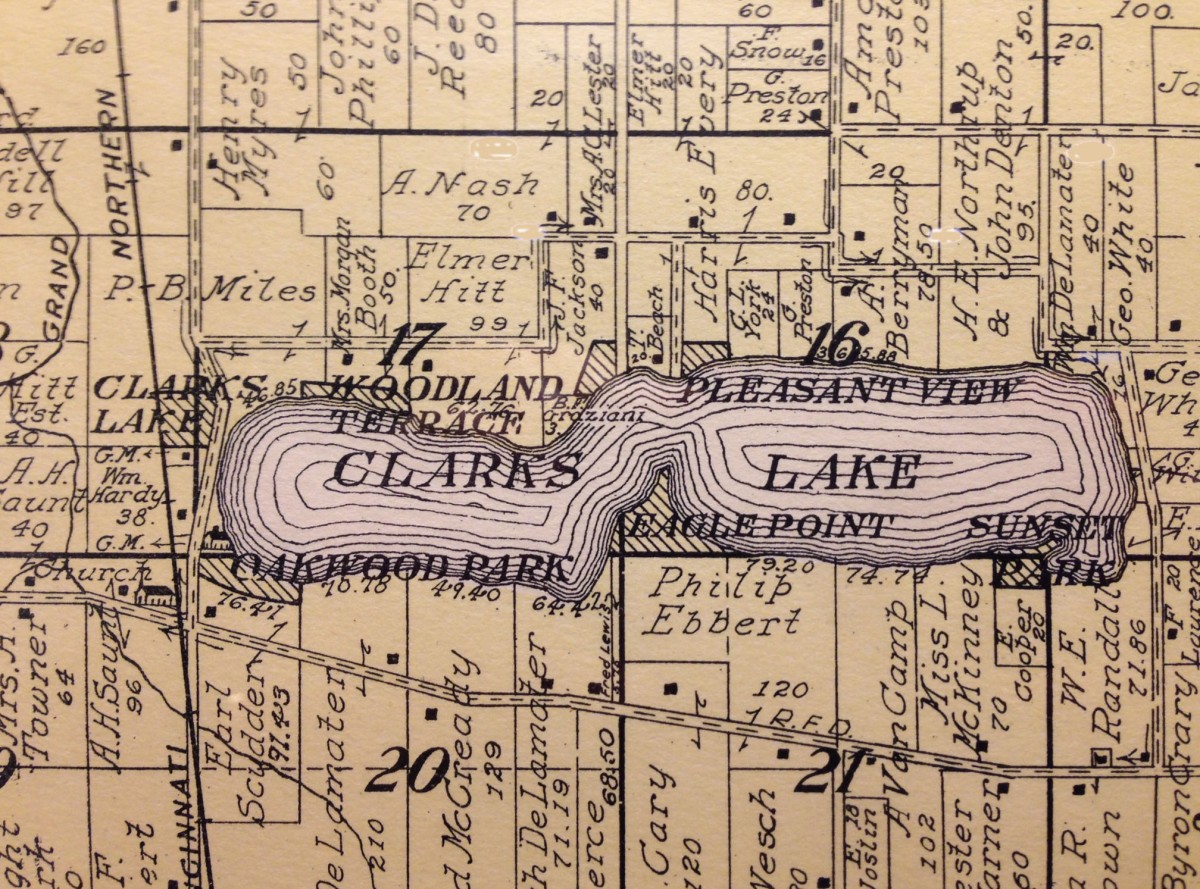 The house was purchased by Robert and Laurice LaZebnik.  They later donated the former Graziani cottage to become the Clark Lake Community Center.  Through an amazing engineering feat, it was floated down the lake to its present location in the County Park. 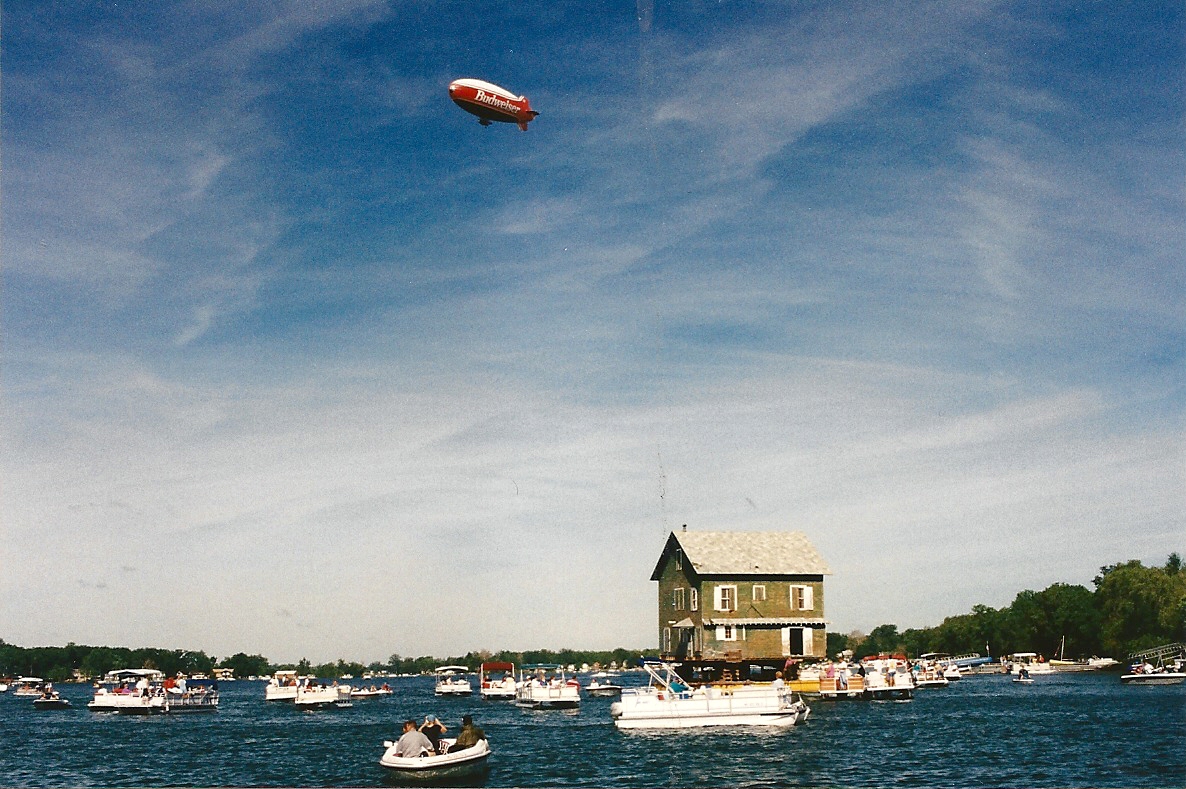 Gordon and his wife Beulah purchased the Hitt farm from his parents and paid off his brothers and sister by selling some of the remaining lake frontage. 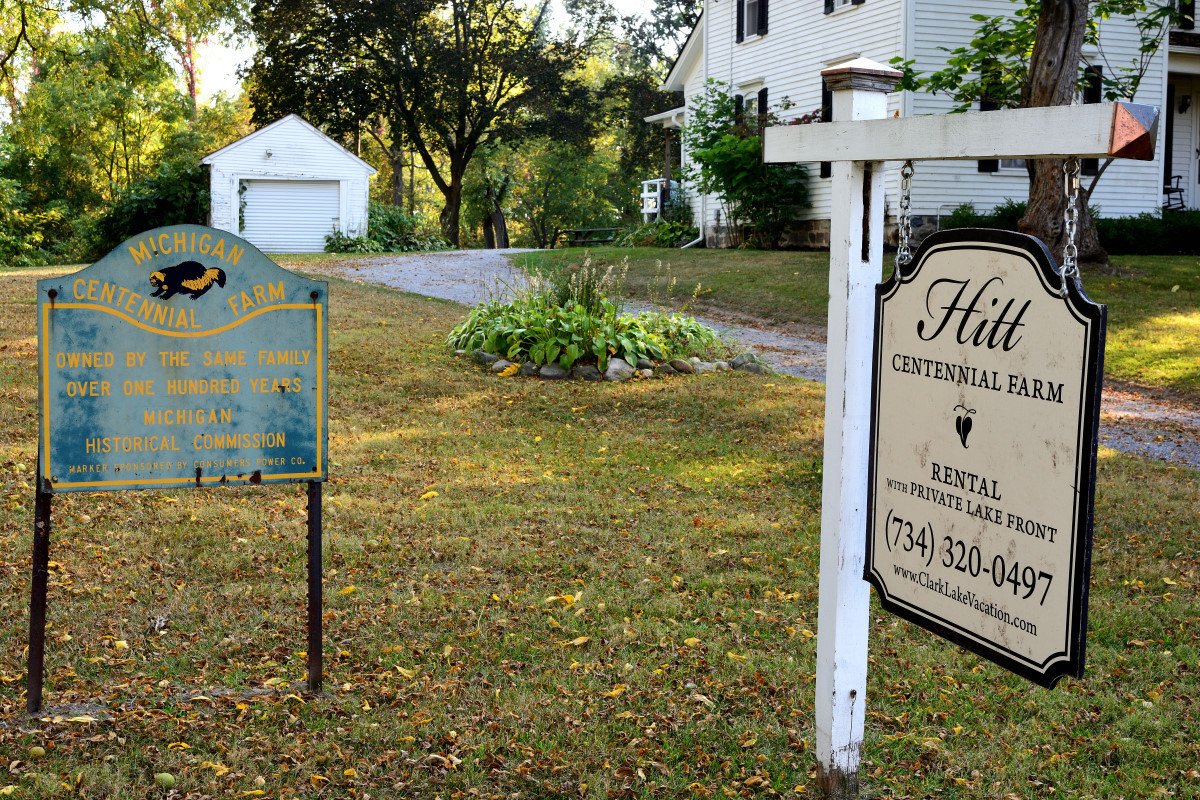 Richard (Dick) Hitt did live in the farmhouse, and, for a while, he operated it as a bed & breakfast. The remaining farmland continues to be utilized by local farmers, who contract for its use.

In 1998 the State of Michigan Historical Society added the Hitt farm to the United States Department of Interior’s list of Historical places as an example of a farm located on the shore of an inland lake.

As befits a centennial farm, the farmhouse is spotted with antiques. They include a reclining chair especially made for Dick Hitt’s great grandfather, a small collapsible rocking chair and a yarn winder that is displayed in the living room.

The Hitt family history provides us with an image of the hardships, grit, and pioneer spirit of the early families that established our community and provided the leadership that has made Clark Lake a pleasant place to live and raise our families.