In my last article, I mentioned Anson DeLameter, Edward DeLameter and Samuel Marsh as being the second group of settlers to arrive at Clark’s Lake. Today, I’ll take a look at that story, as well as the life of Anson Harry DeLamater. 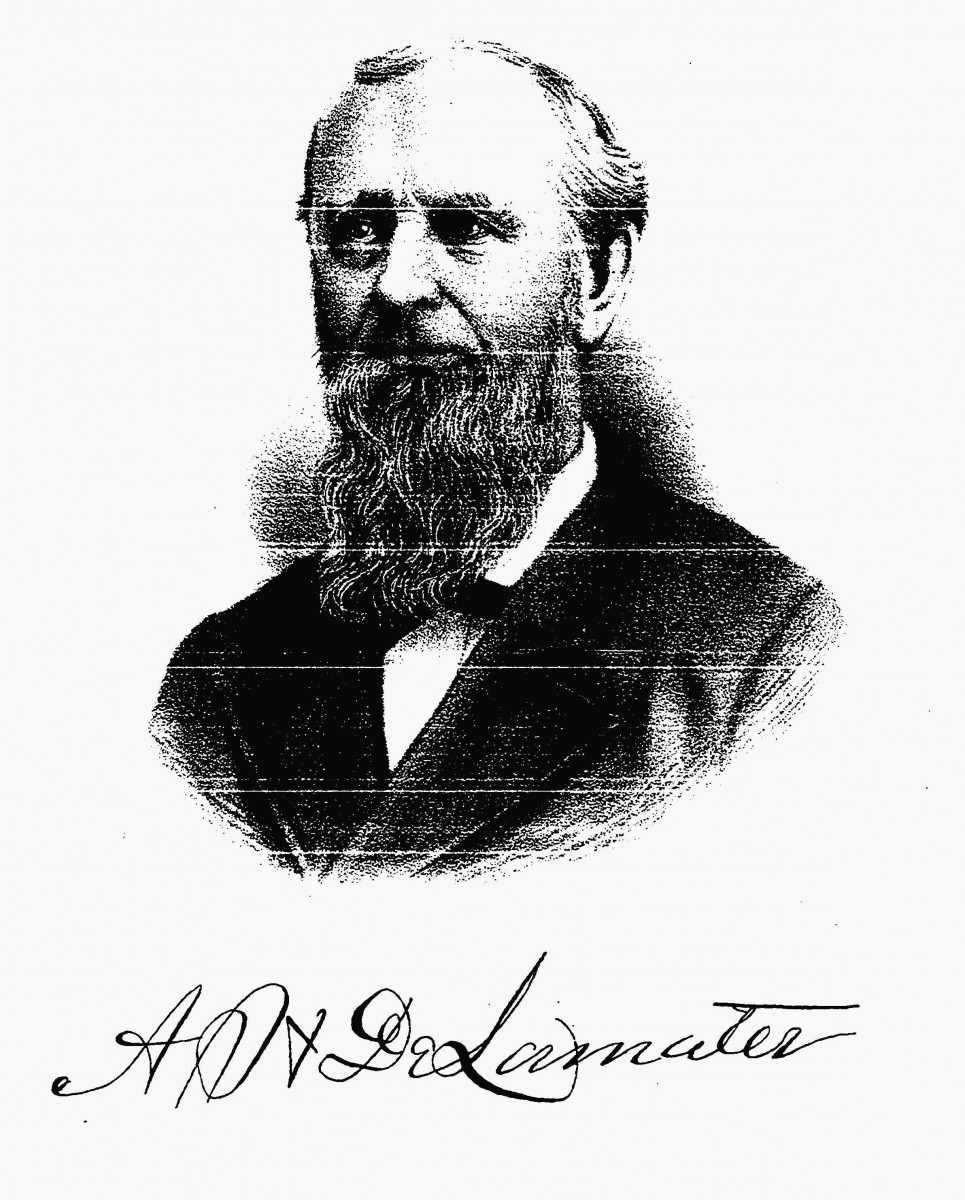 The DeLameter family line is an old one, descending from a French Huguenot refugee, named Claude Le Maistre, who arrived in New Amsterdam (Dutch New York) in 1648. Anson DeLamater was descended in the sixth generation from this early American pioneer. During these ensuing years, the family name saw many different spellings and pronunciations, making early genealogical searches difficult, and sometimes delivering questionable results – but that is the nature of genealogy. These spellings include Le Maistre, De La Maitre, De la Motor, De La Mater, De Lameter, DeLamater, DeLametter, and finally Delameter.

Arriving at, what was rapidly becoming known as Clark’s Lake, in May, 1834, the DeLameter party, would probably have followed the usual path to Michigan for that time period. Leaving their homes in Onondaga County, New York, they would have taken the newly finished Erie Canal to Buffalo, New York, crossed Lake Erie to Detroit, and taken the primitive roads from there to Manchester. The final leg would have followed the old Indian trail along the north bank of the Raisin River, turning west just before they reached what would officially become Swainsville in two more months. Swainsville became Brooklyn in two years later. This was the year after the first sawmill (Swain’s) was the built a bit further upstream,Settlement. The Raisin River tributary known as Goose Creek entered the Raisin a short distance downstream from the mill, and from them the path lay west to Clark’s Lake.

As stated earlier, the group consisted of Anson H. DeLameter, his first cousin Edward DeLameter, and a personal friend named Samuel Marsh, all from Pompey in Onondaga County, New York. Greatly attracted to the Lake’s beauty, they placed the first claims on three, 80 acre, parcels covering most of the southwestern shoreline of the Lake between Hyde Road and Eagle Point. Anson DeLamater held the most easterly parcel, including most of the western shore of Eagle Point itself, and much of present day Lakeview Drive. By 1839, five members of the DeLameter family and Samuel Marsh held nearly 1000 acres south of the Lake, with the largest holding being the 380 acres then owned by Anson. 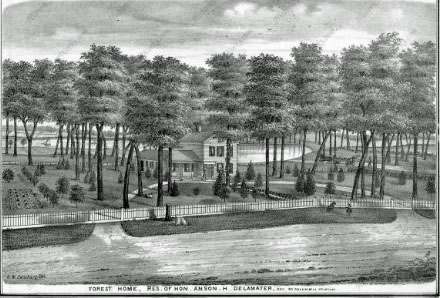 Anson DeLameter’s home on Lakeview Drive, known as “Forest Home,” is from the Jackson County Atlas of 1875. On close inspection, that portion of Clark’s Lake sometimes known as Pierce’s Bay can be seen in the background

Ansons’s cousin, Edward, had moved to Brooklyn by 1860. The tip of Eagle Point, which was originally claimed by Benjamin Southwicke, was eventually sold that to Anson’s nephew, John L. DeLameter, who built the original Eagle Point House in the mid-1880’s. Another nephew, Dewitt C. DeLameter was the first Postmaster at the new Post Office in Jefferson. These two were the sons of Anson’s brother John, who came to Columbia Township around 1846.

Immediately after filing their claims in Monroe, the party began to acquire the necessary equipment to settle them. A yoke of oxen, and wagon and chains were purchased in Monroe, axes and a breaking plow in Clinton, and a yoke of cattle in Manchester. Early in the effort, the plow was damaged against a large stone, requiring a trip to Ypsilanti for replacement. An indication of the implications of such accidents is shown by the fact that it took Anson five days travel through forest and swamp, to Washtenaw county, to obtain seed for that first year, as well as wheat which was ground for bread in Tecumseh.

Within a year of their settlement, on September 17, 1835, Anson’s daughter, Mary Jane, became wedded to their family friend and neighbor, Samuel Marsh, in what was quite possibly the first Clark’s Lake marriage.

During his life in Columbia Township, Anson served his neighbors in many ways. He was the first elected County Supervisor, serving as such for some thirteen years, and he was County Surveyor for many years. As County Surveyor, Anson, surveyed most of the roads in the area and provided the first maps of the towns of Brooklyn and Jefferson. He was elected to the state legislature in 1842, and in 1843 he served as 2nd Lieutenant in the Barry Horse Guards, a local squadron of volunteer cavalry. He represented Columbia Township in the Jackson County Pioneer Society – being elected President of that organization in 1881, and was an active member of the Jackson County Agricultural Society (acting as supervisor of the Cattle Exhibit during the 1858 County Exposition). He also served the area for at least one term as Associate Judge. He was a charter member of the Universalist Society, organized in 1856 by residents of Columbia and Liberty Townships, and early meetings of that group were sometimes held in a wooded grove on his Clark’s Lake property.