Over the last few months, tokens bearing the name of Eagle Point Hotel have surfaced.  First to make it to this website was a token owned by Bob Fish.  He explained that his mother worked at the hotel in the 1950s and he found it among her belongings.  Pam Chmiel has a bracelet of them given to her by Bowser Eagy.  Amy Belcher Bless and Ted Ligibel each have their own collection. 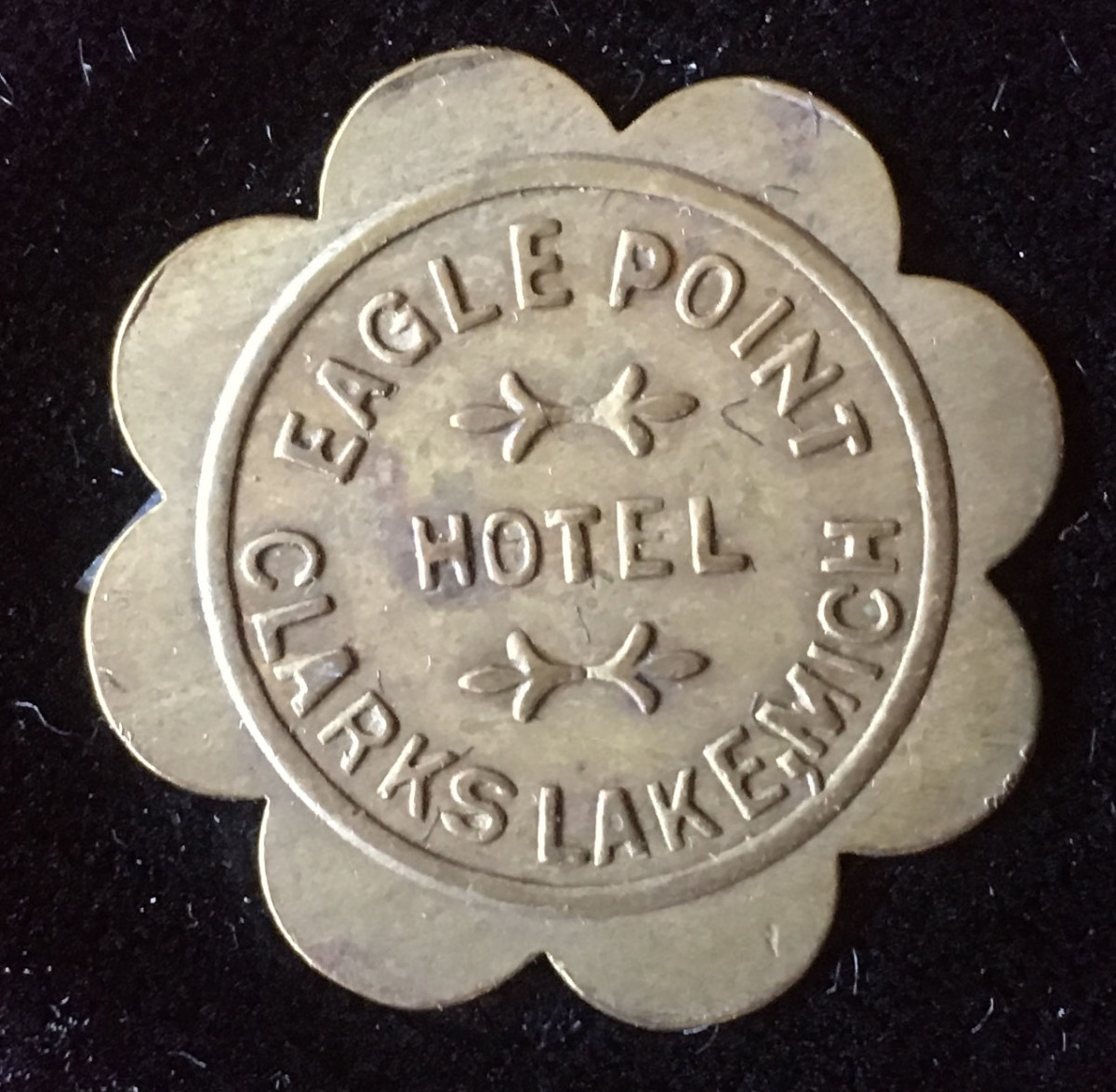 Today (Wednesday 6/22/16) another token was found.  This one is hanging on Greg and Prudy Christman’s wall of mementos.  And with this latest find comes a story that begins to explain the use for these tokens.  Prudy’s token was given to her by her father, Steve.  Prudy says her grandmother, Alice Eisele, who was born in 1890, told her what they were used for.  When someone arrived at Clark Lake’s west end railroad depot, a taxi would transport the travelers down Vining Street to a boat.  The token was given to the captain of the steamboat to carry them to the Eagle Point Hotel.  Presumably when reservations were made for the hotel, the person booking the reservation would receive a token for this part of the trip.

What about the other prominent hotel, Pleasant View?  If Pleasant View had tokens, they have yet to surface.  Perhaps they had some other kind of scrip or the traveler paid with coin of the realm.

Is this story finished?  Every iteration of this story brings out new details.  Stay tuned!

View of Kentucky Point with a Steamboat nearby.