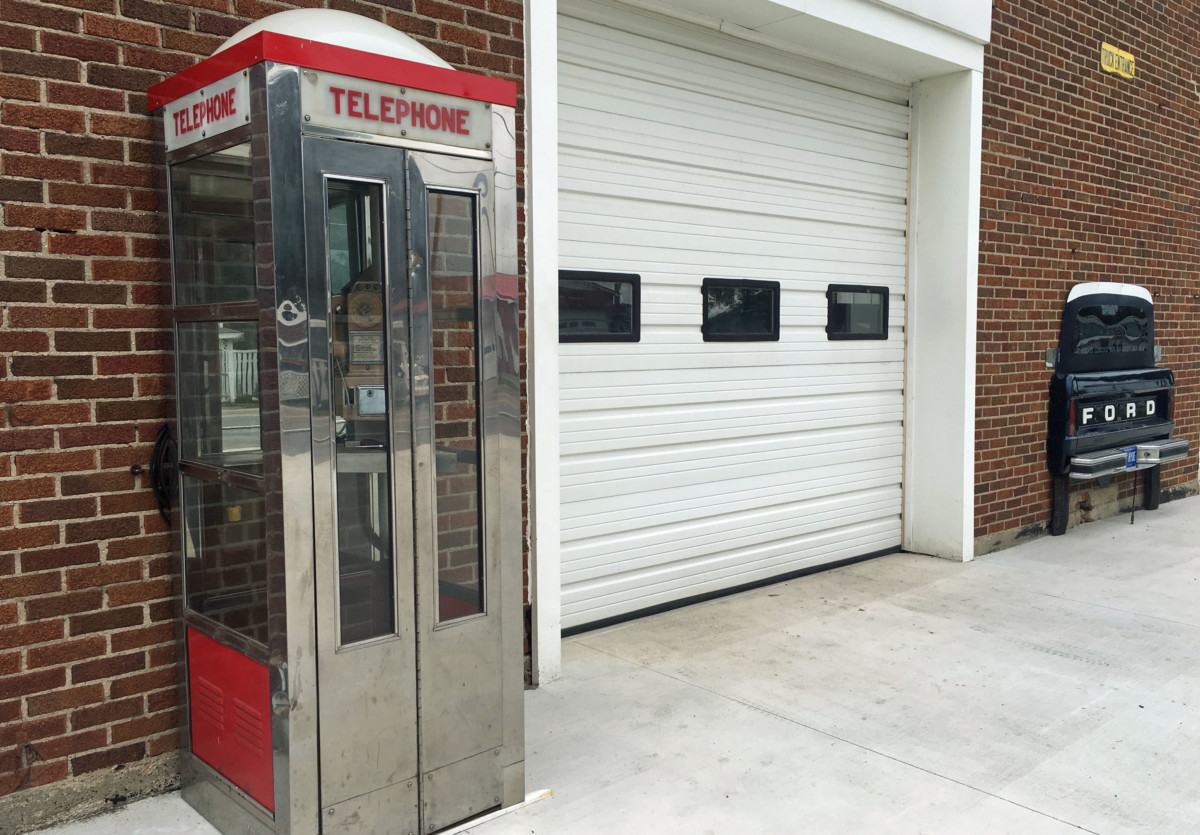 Telephone service at Clark Lake and in our world has changed in huge ways.  There was a palpable reminder of this when this telephone booth showed up recently at Clark Lake Classics, next to the Post Office, on Hyde Road. This piece of history still has a phone in it and instructions to deposit a dime.  If plugged in, the overhead light will go on when you open the door.  But today, its presence is restricted to visual.  It is no longer hooked up to Ma Bell’s vast network. 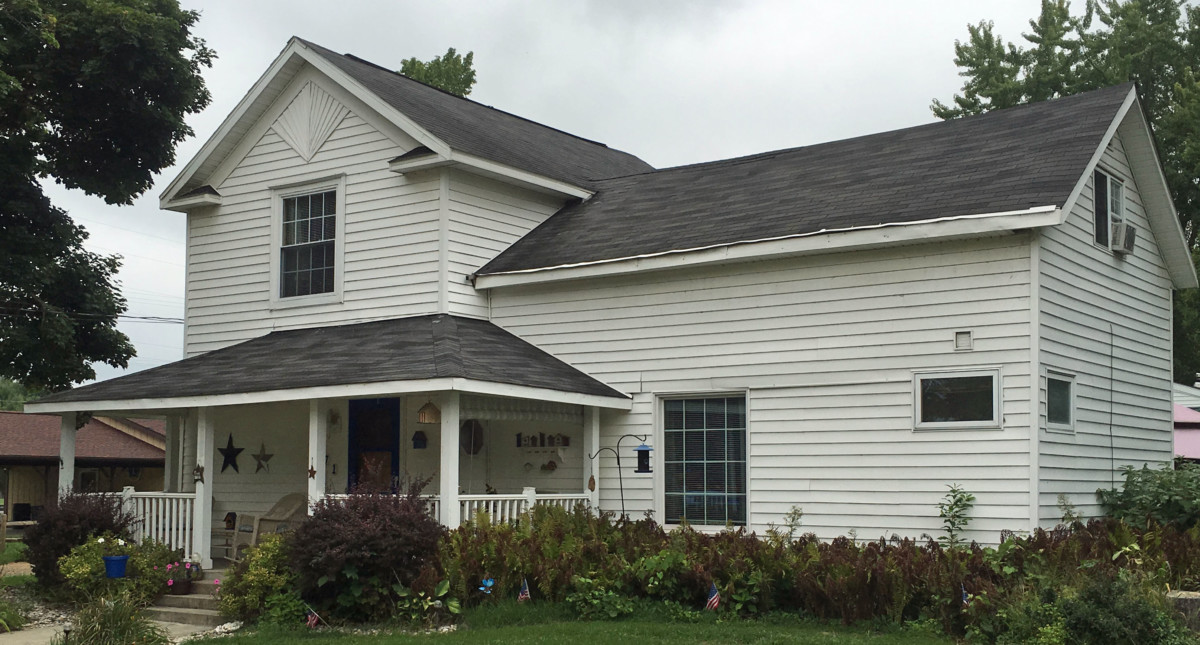 Clark Lake’s original telephone system was installed in this building, now a private residence, at the northwest end of Vining Street.  The current owner says there is no remnant of that bygone activity– no switchboard, no wires, not even an outline on walls or floor where objects might have placed.  But it is fitting that the phone system was located here.  This area, at the west end, served as a nerve center for the lake.  Just a few feet away, the Clark Lake train station greeted visitors from Cincinnati, Toledo and other points north and south.

The post office found different homes over the years, but always at the west end of the lake.  And there was even a small hotel, now a private home, on Vining Street.  As guests arrived by train, they might stay at the Clark Lake Hotel.  Later a cart would carry their luggage to a dock where the visitors would board a steamer.  From there they would view the lake as they found their way to Pleasant View or the Eagle Point Hotel. 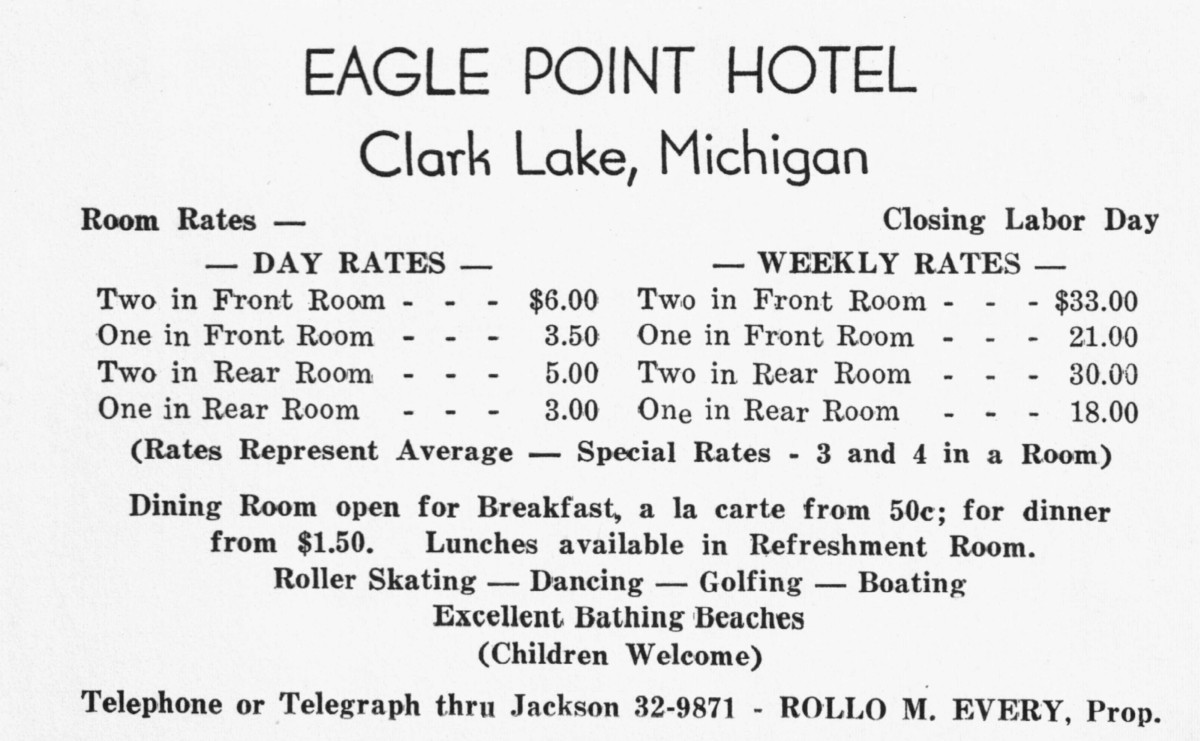 Rollo Every’s placards from different years both show phone service.  In 1937, no phone number is listed.  In a later year, a phone number was added. 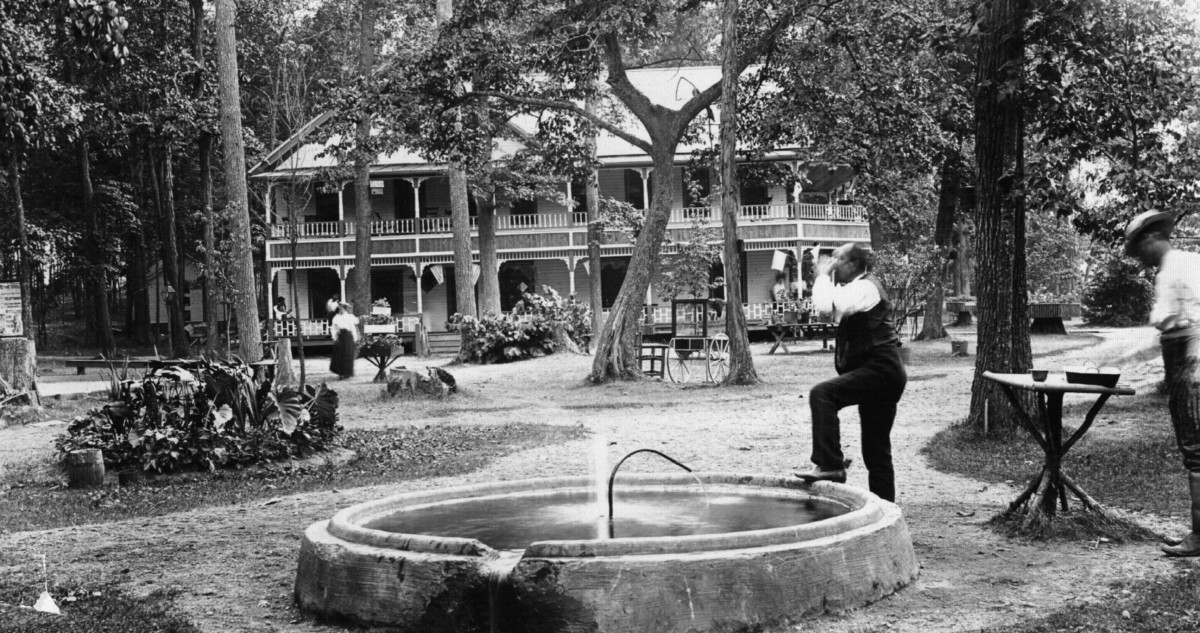 Phone service came to Clark Lake gradually–first at places like the Eagle Point Hotel.  A phone at your summer cottage was a luxury for most.  But some with 24/7 occupations, like doctors, had a phone at the lake so they could be reached.

Over time, the prefix “LA9” would be replaced by 529.  And the days of being able to dial the last five digits or last three digits would end.  Below, check out a page from the Jackson phone directory from 1951. 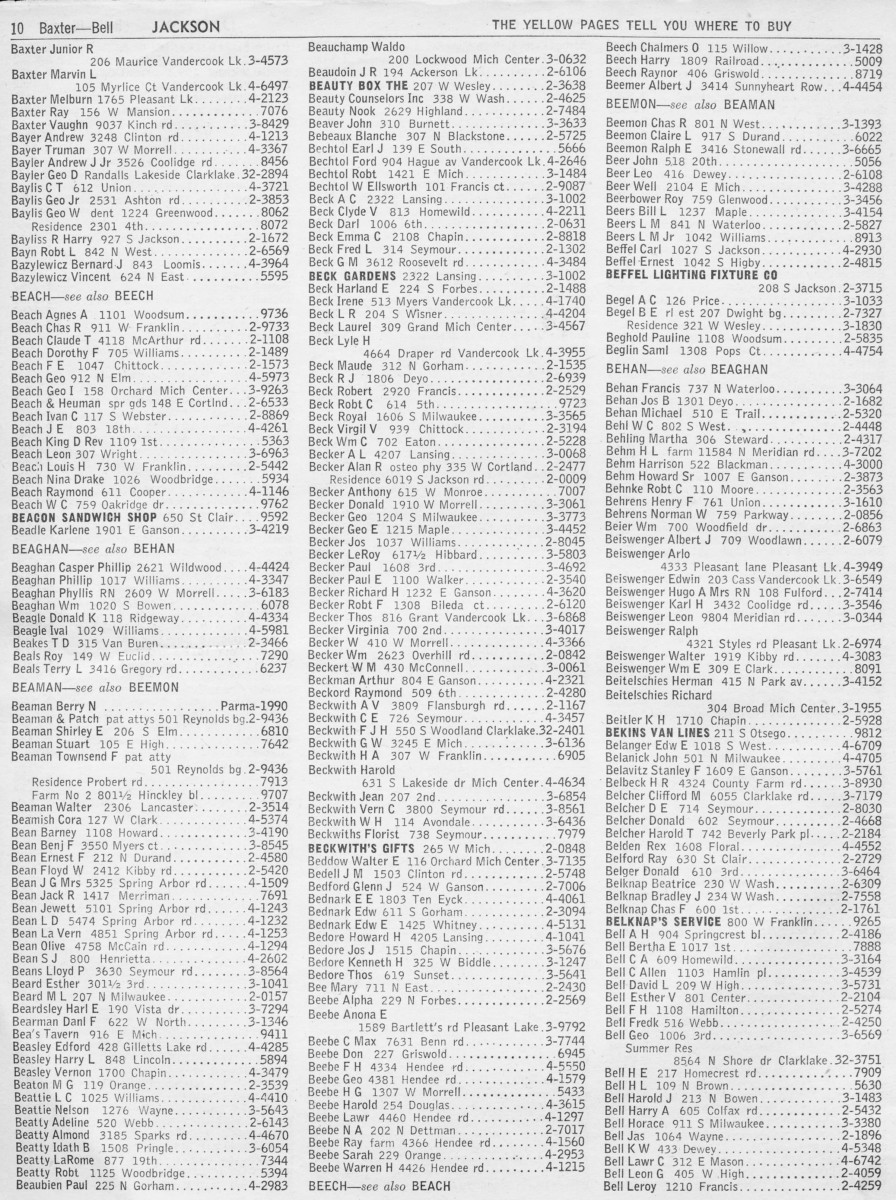 Now, landlines and the 529 prefix are slowly receding into history as cell phones take over. Do you recall the first time you made or received a call while out on the lake?  Now it seems commonplace to have a phone with you while you’re on a raft or in a boat.  But you don’t have to look back too far to see just how different it was. 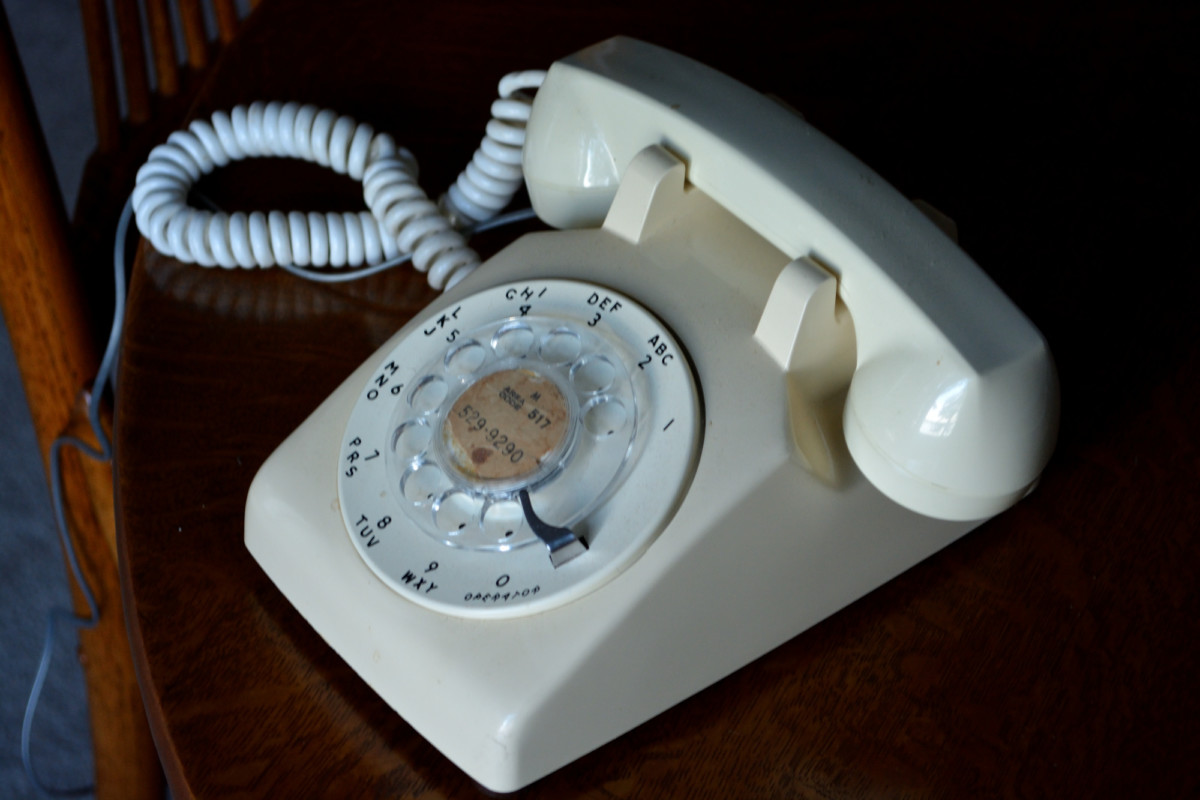