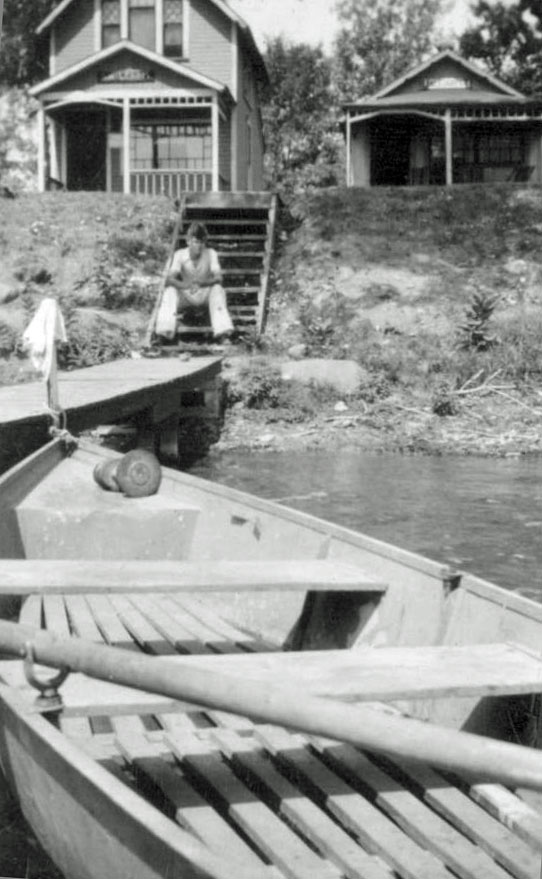 The Cincinnati-Northern Railroad changed everything.  It transformed Clark Lake from a rural outpost to resort destination.  People from Cincinnati, Toledo and other points south elected to escape stifling summer heat and to enjoy the natural air conditioning of Clark Lake.  To judge the degree of impact, read Carlotta Graziani’s description of her own arrival at Clark Lake.  Here is her quote:

“The day was hot when they boarded the train for the return trip north. As I lay on the pillow that took me to Michigan, my mother watched over me and she often wondered if there was life remaining in that frail little body.

“The small steam boat was at the dock to carry us to the hotel. As the boat moved along, a soft breeze began to blow and for the first time, I turned my head as if to breathe in some of the lovely air.

“Mama, much elated, turned to papa and said, ‘I do believe this lake has magic wind.’

And this was episode two of Clark Lake’s healing properties.  According to Carlotta, an earlier trip to Clark Lake saved the health of her sister, Elsie.

Many others discovered the new destination.  Trips north to Clark Lake gained momentum, and the entrepreneurial spirit was alive at Clark Lake.  Investors built dozens and dozens of cottages. Once having purchased the land and built the cottage or cottages, they would take their own vacation at the lake.  Then they would receive dividends for their investment through renting their cottages to others. 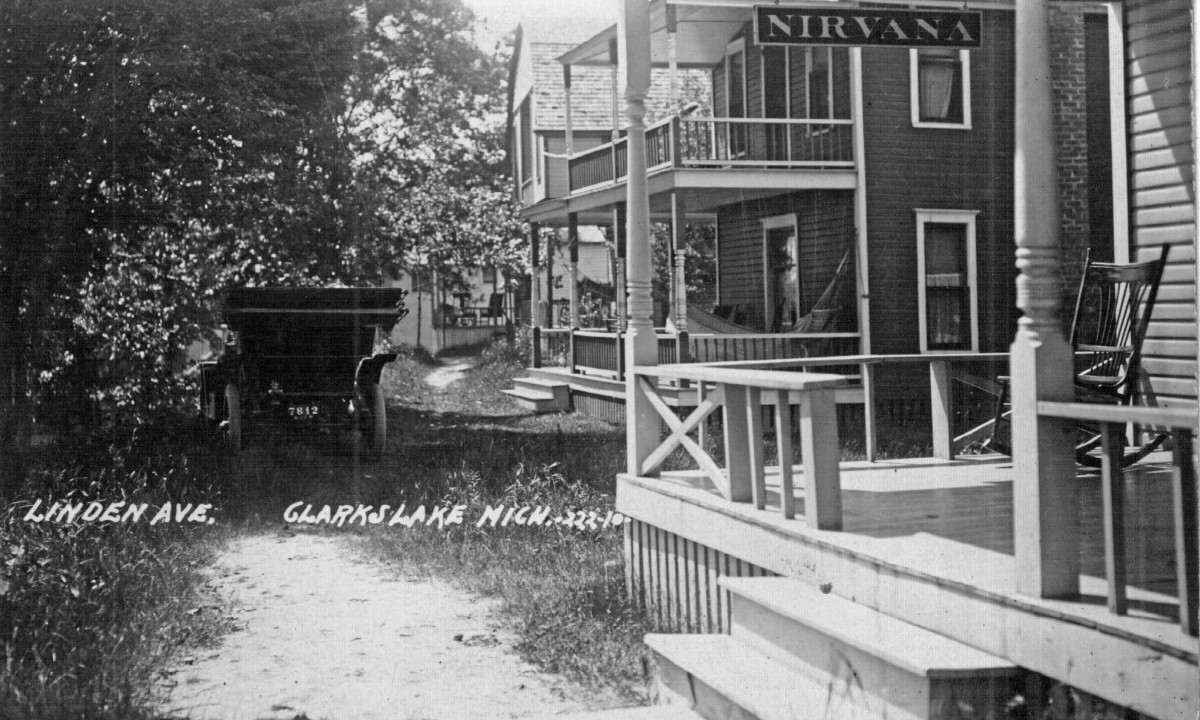 The cottages were reasonably sturdy, but no great lengths were taken to make them as substantial as a home in the city.  There were shortcuts. Tree stumps were sometimes used as part of the foundation. They were only meant for fair weather use.  If they had indoor plumbing, it was not winterized.  Cottages were shuttered for the winter and remained that way until the next spring.

UneedaresT is the last cottage on the right. This photo and Nirvana: Ella Sharp Museum

One aspect of these rentals jump out.  The owners named them.  Today we would see this as marketing and branding.  In some cases, the cottage name suggests how good life would be if you rented it. Consider these names–Eureka, Smilabit, Uneedarest, Tarryawhile, Nirvana, Laffalot, or Sunset Lodge.

As the 20th century moved forward, the marketing of these rentals became more organized.  If you wanted to rent a cottage, the information you needed to know was available on paper–the owner’s name, address, cost, etc.

Below you’ll find a listing of Clark Lake cottages, most of them available as rentals, along with the name of the cottages.  Some of these cottages have retained their names.  An example is UneedaresT.  It was originally owned by the photographer, E.E. Thayer.  In more recent years,  UneedarestT has been owned by Doug and Sue Wiemer.  In 2011, they rebuilt UneedaresT on the same lot.  To read more about Sue Seeger Wiemer’s, go to her “My Clark Lake Story”, click here.  To enlarge the lists below, tap or click.  Repeat to reduce. 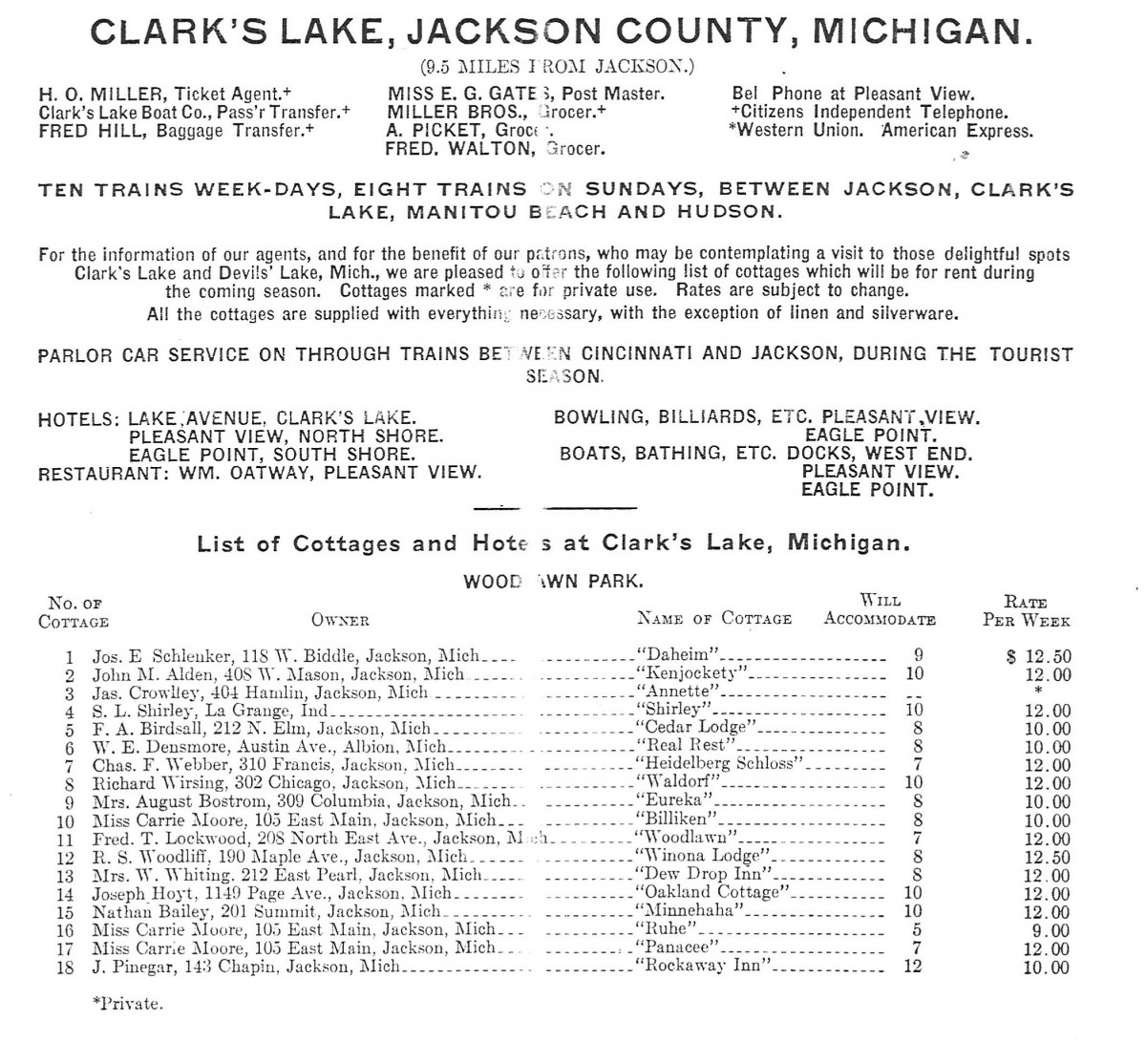 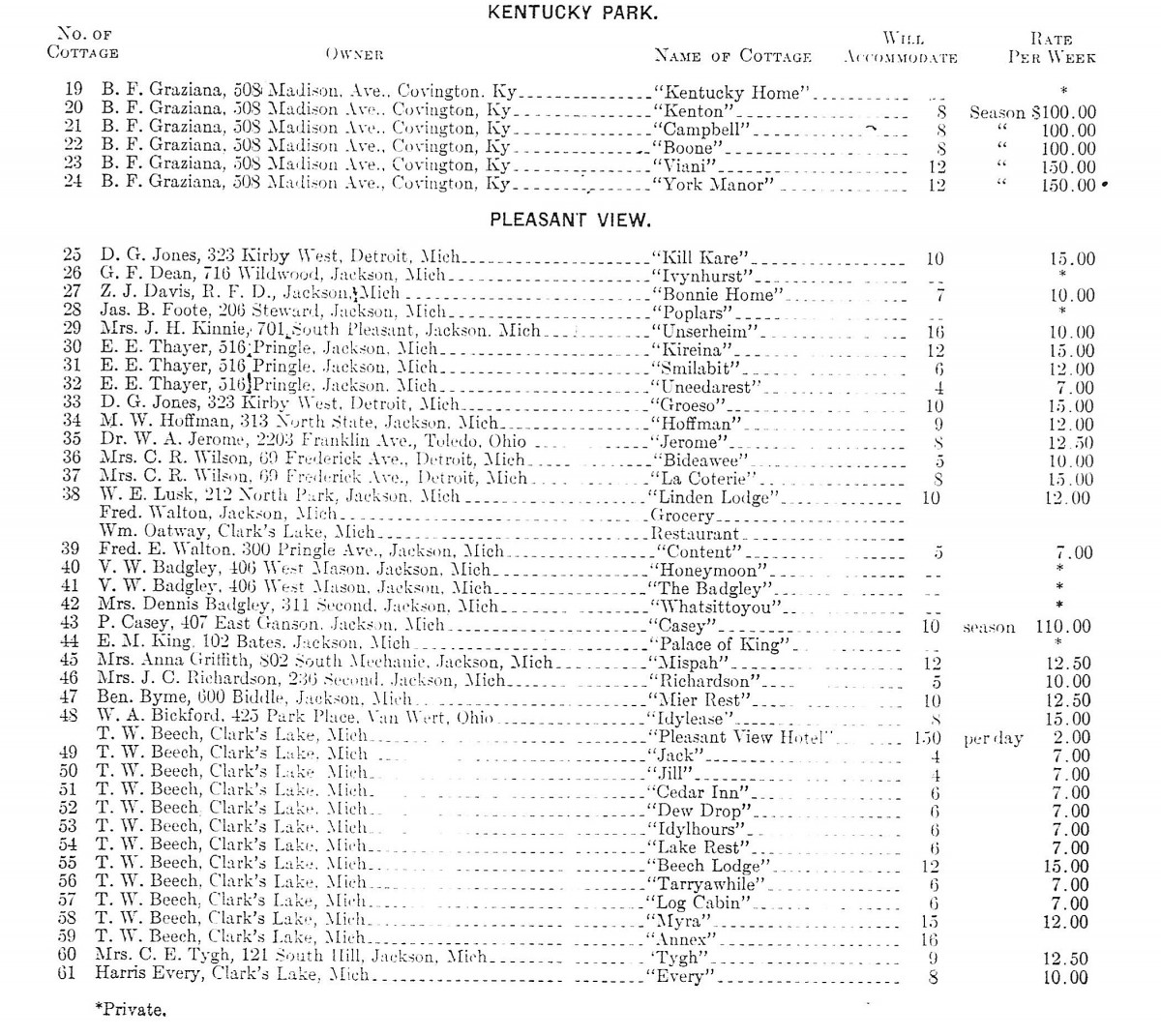 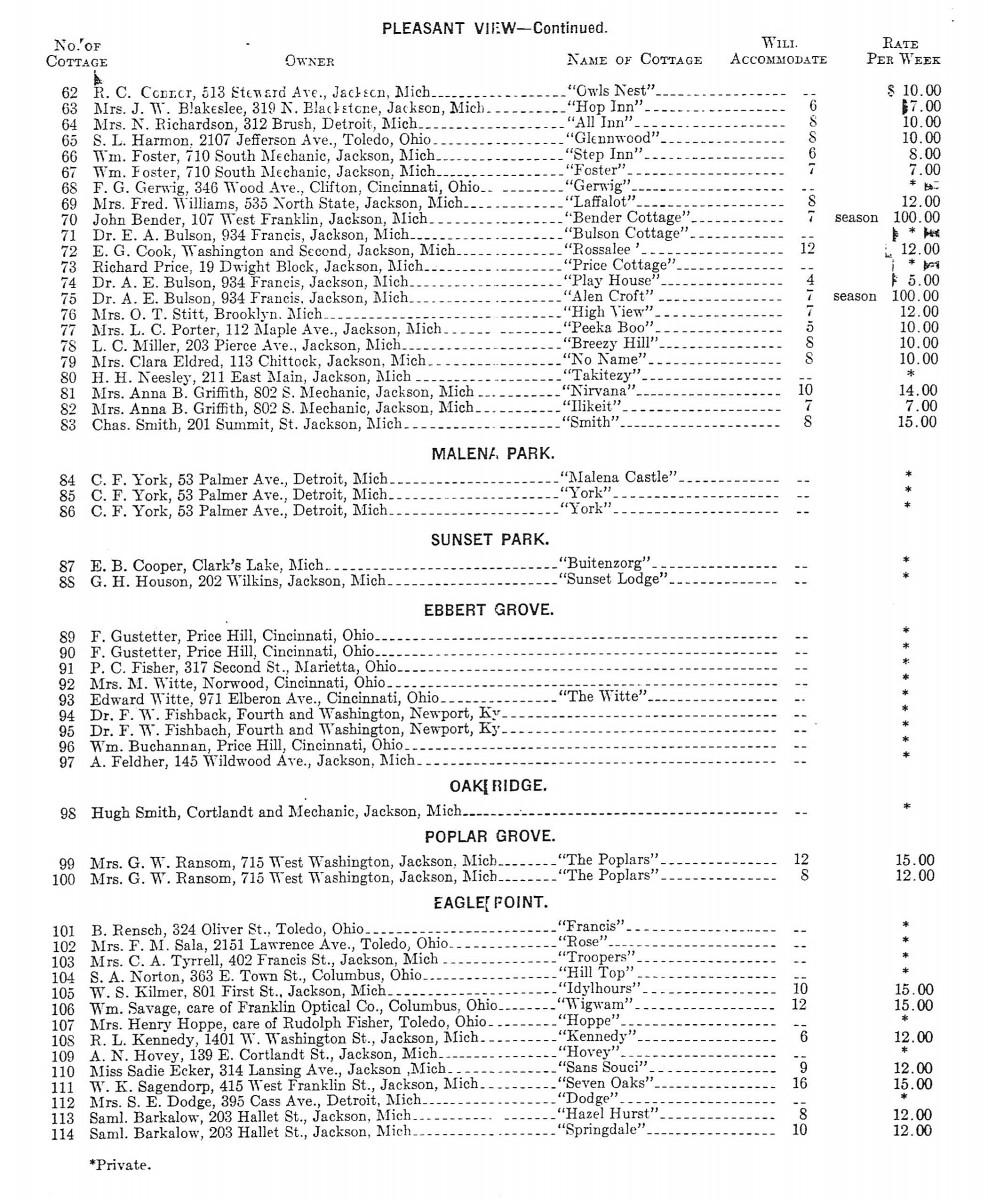 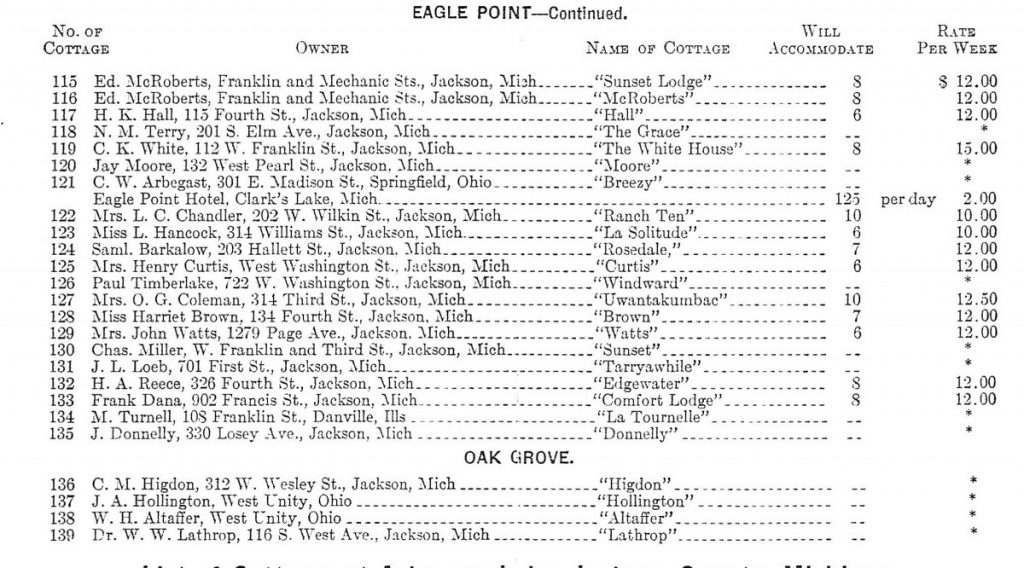 The printed sheets and photos above are courtesy of Ella Sharp Museum. 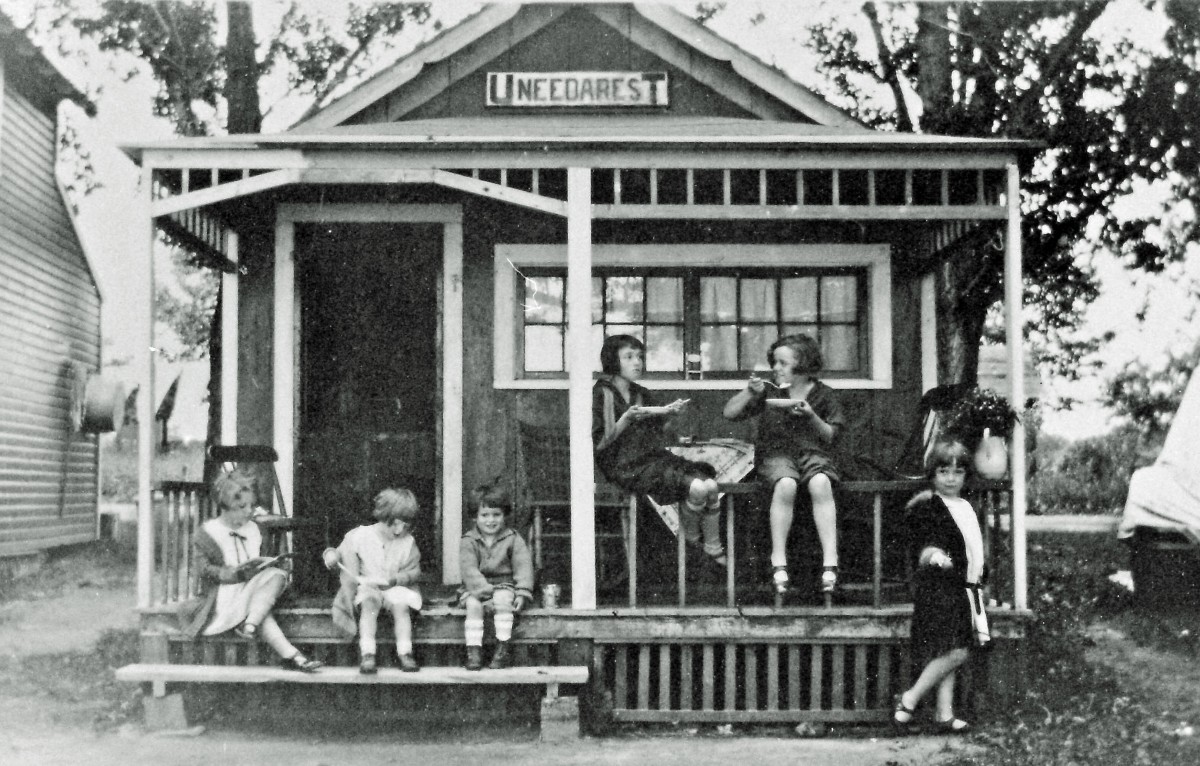 The original UneedaresT. It was rebuilt in 2011 by the Wiemers. Photo: Sue Seeger Wiemer

Does your cottage have a name?  Let us know so it can be included in this article.  Email clarklakespirit@gmail.com.

Here are some more names from around the lake: (tap or click to enlarge; repeat to reduce) 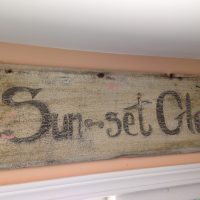 Lyons, on Eagle Point Road. Originally on the outside of the old cottage, it is now a momento inside the new structure.. 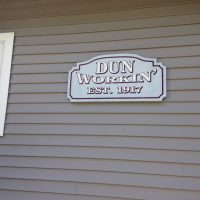 Dun Workin’ was rebuilt in 2011. The sign is displayed on the new home. 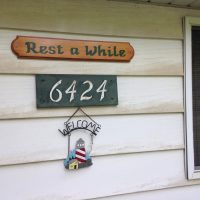 Another house with a name–this one is on North Shore